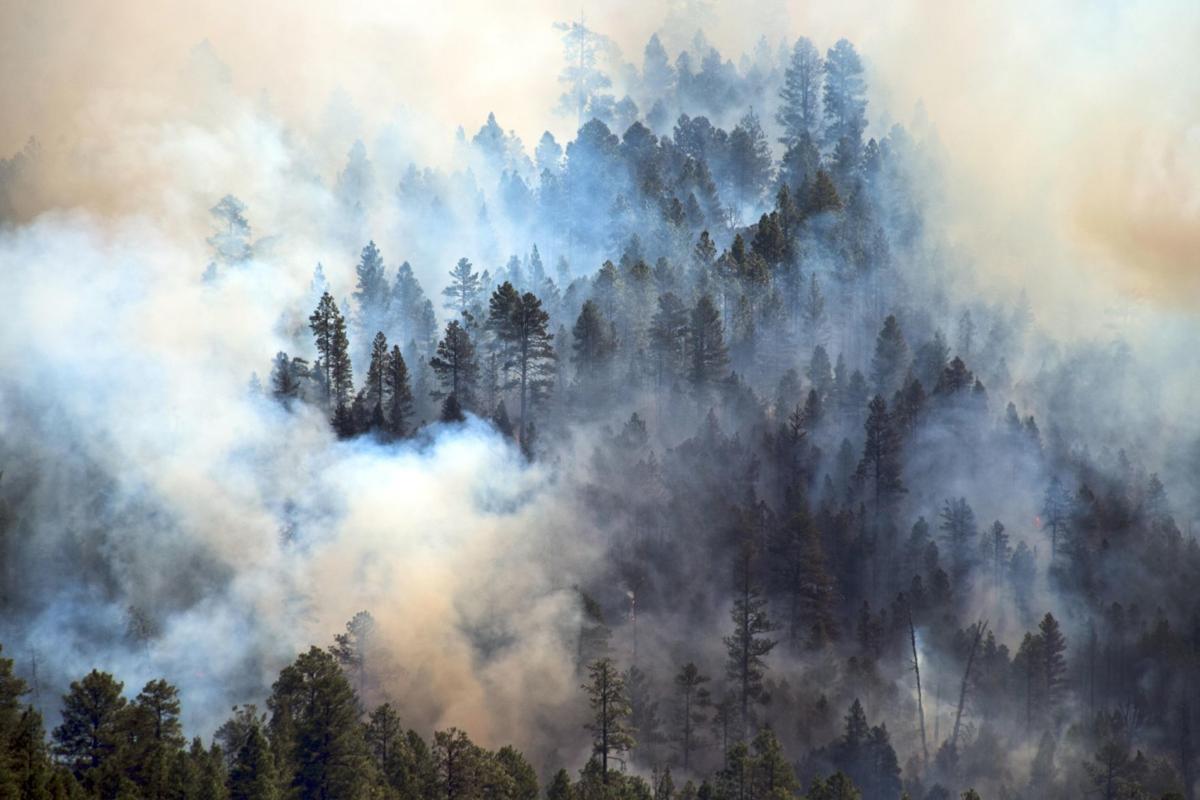 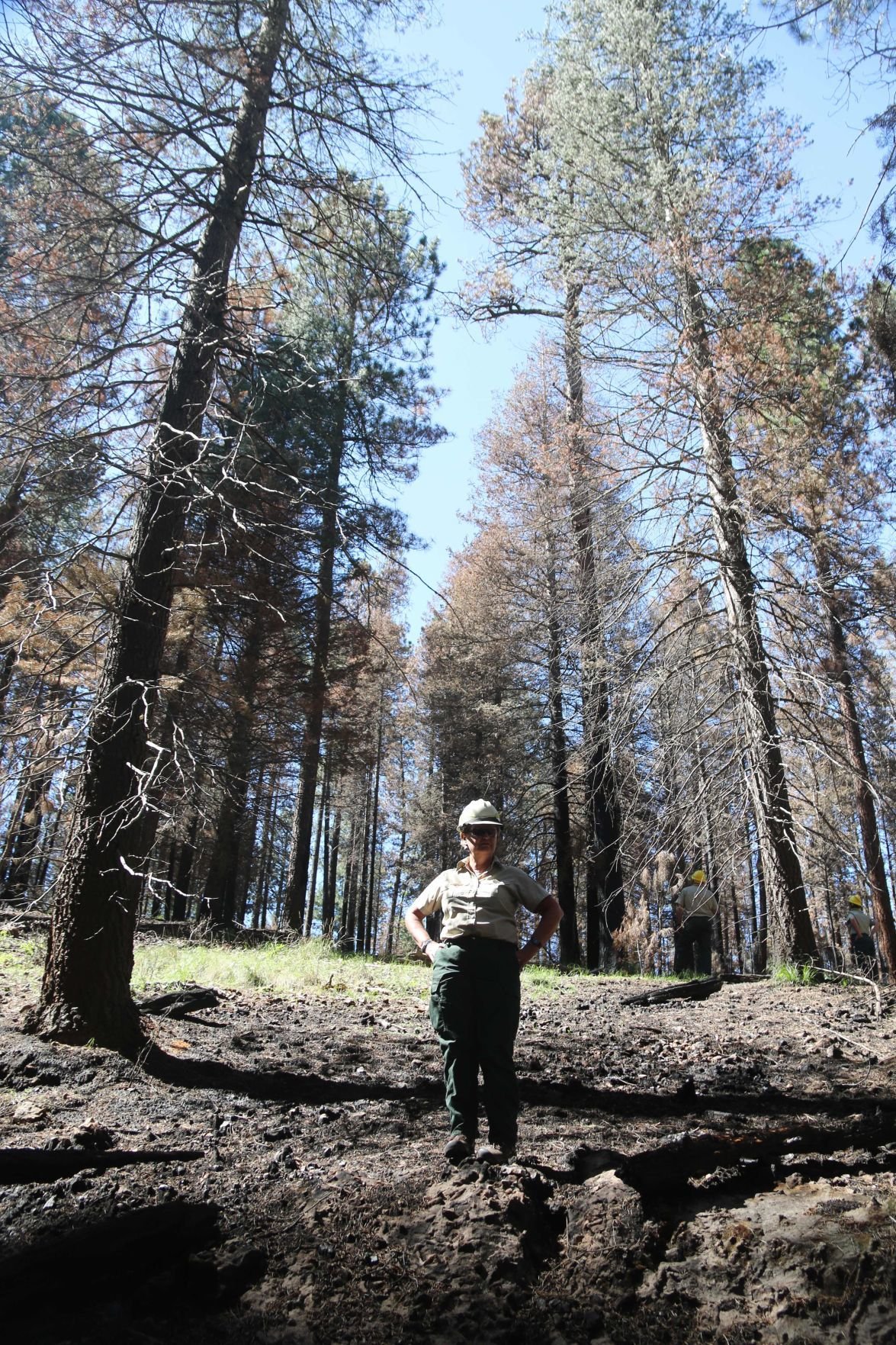 The Tinder Fire last year consumed a neighborhood on the edge of the C.C. Cragin watershed before firefighters and a shift in the weather brought it under control.

The Tinder Fire last year consumed a neighborhood on the edge of the C.C. Cragin watershed before firefighters and a shift in the weather brought it under control.

If someone said you could invest $270 now and you would get back $3,000, would you be interested?

Well, guess that means you’re in favor of thinning the 64,000-acre watershed of the C.C. Cragin Reservoir — and maybe some other vital reservoirs in grave danger of catastrophic crown fires.

It will cost some $27 million to reduce tree densities on that watershed from perhaps 1,000 per acre to more like 100 per acre. The sale of the timber could cover a chunk of that cost. But even if Salt River Project, Payson, the Forest Service and other partners covered the whole cost — they would reap huge financial benefits, according to a study by the Electric Power Research Institute (EPRI).

The research institute included the C.C. Cragin watershed project in a set of three case studies that demonstrated the way partnerships with power and water companies could yield big benefits when it comes to water supply, water quality and economic growth.

If SRP, the Forest Service, Payson and other partners don’t pull off the currently stalled watershed project, a crown fire will likely sweep over the watershed sometime in the next 20 years — causing catastrophic damages, including perhaps filling the 15,000-acre-foot reservoir with mud.

The Forest Service has turned to the National Wild Turkey Federation (NWTF) to manage a stewardship contract to restore the forest by thinning the watershed, after receiving no bids on its first proposed thinning contract. The NWTF and its partners hope to raise money to help subsidize the cost of thinning projects on the watershed, which is located far from the sawmills or biofuel power plants that could make use of the wood.

A catastrophic wildfire would likely put the reservoir out of commission for two to five years, while SRP, Payson and the U.S. Bureau of Reclamation scrambled to dredge and repair the pumps and pipeline in which Payson has invested some $52 million, the study concluded.

The estimated $293 million in damages includes $98 million paid out over 20 years by SRP, which has a million electrical and water customers in the Valley. Other stakeholders, including the Forest Service and Payson, would suffer damages totaling about $195 million.

The researchers calculated just the cost to the watershed — without considering the even greater damages such a fire could inflict if it spread to the nearby communities nestled in the forest. Those communities could end up like Paradise Calif., where 85 people died when a wildfire completely destroyed the town last year.

The study helps explain SRP’s involvement with the Four Forest Restoration Initiative (4FRI), a Forest Service effort to thin some 2 million acres of overgrown forests in northern Arizona — including all of the White Mountains and Rim Country.

However, both the C.C. Cragin watershed project and 4FRI have been stalled by the Forest Service’s so far futile effort to find a contractor to undertake large scale thinning of the forest. No market exists for the slash and biomass that makes up half of the material removed, making thinning efforts uneconomical without a subsidy to deal with the biomass.

Advocates thought they had a solution when the Arizona Corporation Commission (ACC) proposed imposing a mandate that power companies generate 90 megawatts of electricity annually from burning biomass — presumably from thinning projects. However, the ACC backed off the proposed rule. Now, the only operational biomass power plant in the region is hoping SRP and Arizona Public Service will extend its existing contract for 28 megawatts annually.

Hallin said the studies show the spin-off benefits of thinning projects that reduce the risk of crown fires spread far beyond the ranks of electricity customers.

“We have not calculated the value of the thinning to local cities. We are concerned about sedimentation and silting of those reservoirs prematurely should those forests burn,” said Hallin. “From our perspective, it’s not just the water — the ecosystems and the local communities benefit. So we’re willing to step up and do our share.”

However, SRP stepped back from managing the C.C. Cragin watershed project when the Forest Service awarded a stewardship contract to the NWTF, after getting no bidders on its first, 3,500-acre restoration contract.

Hallin said SRP has worked extensively with Campbell Global, an international forest management company. Campbell Global at one time partnered with the main 4FRI contractor, before backing away. The NWTF and Campbell Global had different approaches to managing the Cragin project, said Hallin.

Nonetheless, SRP will remain deeply involved in the effort to thin the watershed, since it has the most to lose should a crown fire cause runaway erosion that damages the reservoir and the pipeline infrastructure.

“We’re still working through some of the nuances — we’re driving that,” said Hallin. “APS also benefits very significantly from the water in that watershed — a lot of townsites that get water from that watershed are getting power from APS, so there is an indirect benefit.”

He said the energy research study shows lots of different agencies and groups have a huge stake in thinning watersheds on which everyone depends in a drought-menaced state.

“The mandate through the ACC was just one component. Forest restoration and forest health is not just a biomass project. We need to scale everything up to thin 50,000 acres a year — that means allowing highly capitalized industry to come in,” Hallin said.

A study by the Electrical Power Research Institute concluded a crown five over most of the 64,000-acre, C.C. Cragin watershed would inflict $293 million in damages, including:

• Safety issues related to landscape and infrastructure damaged by fire

• Loss of sales tax and business revenue from recreation and tourism and potential loss of economic expansion in Payson due to impacts on water supply reliability and mitigation costs.

• Impacts to community health and safety (e.g., respiratory problems due to poor air quality, injury, or loss of life)

• Loss of cultural or historical structures that cannot be replaced

• Loss of habitat and wildlife