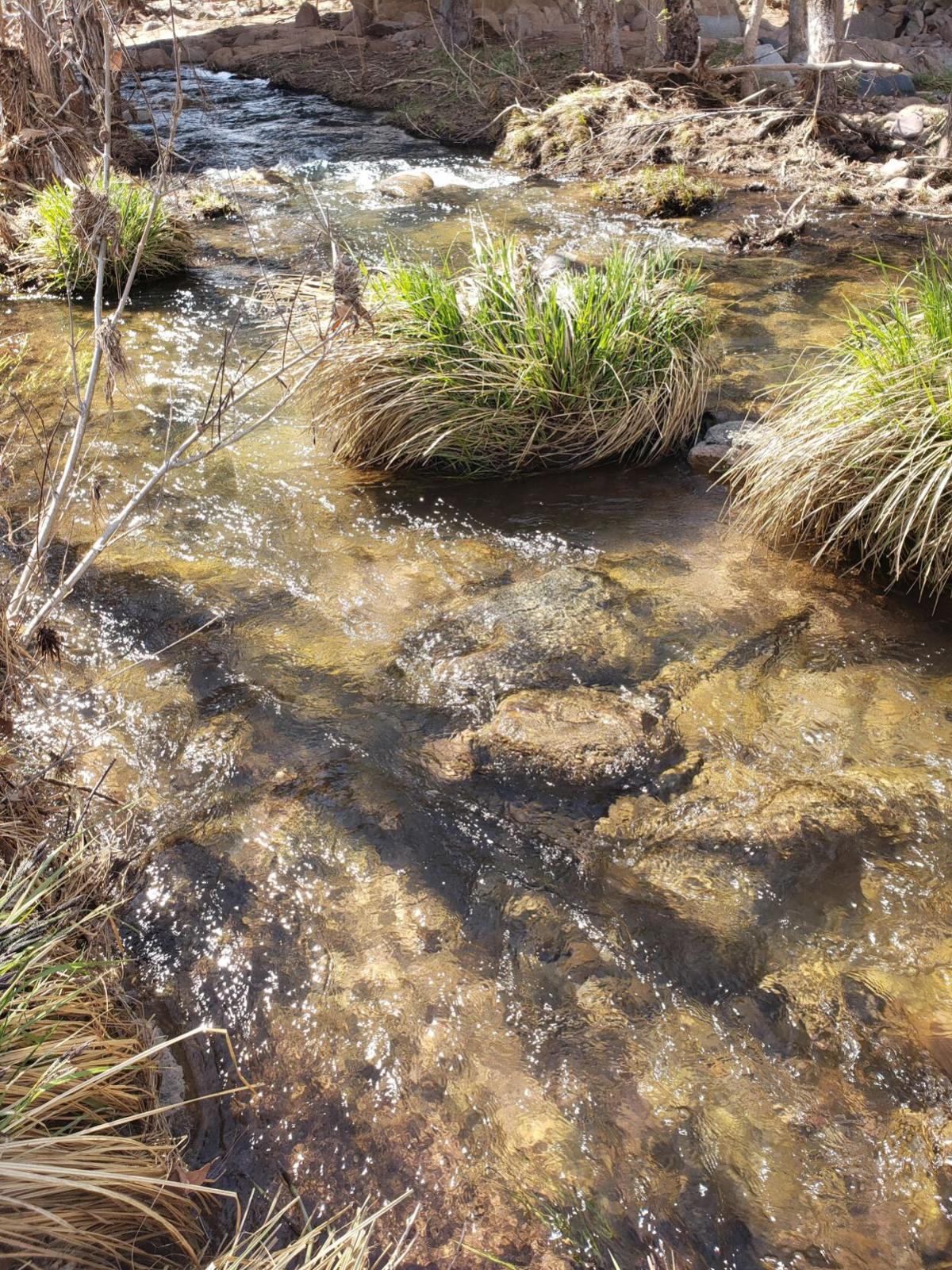 Look for trout tucked under shade during the summer. 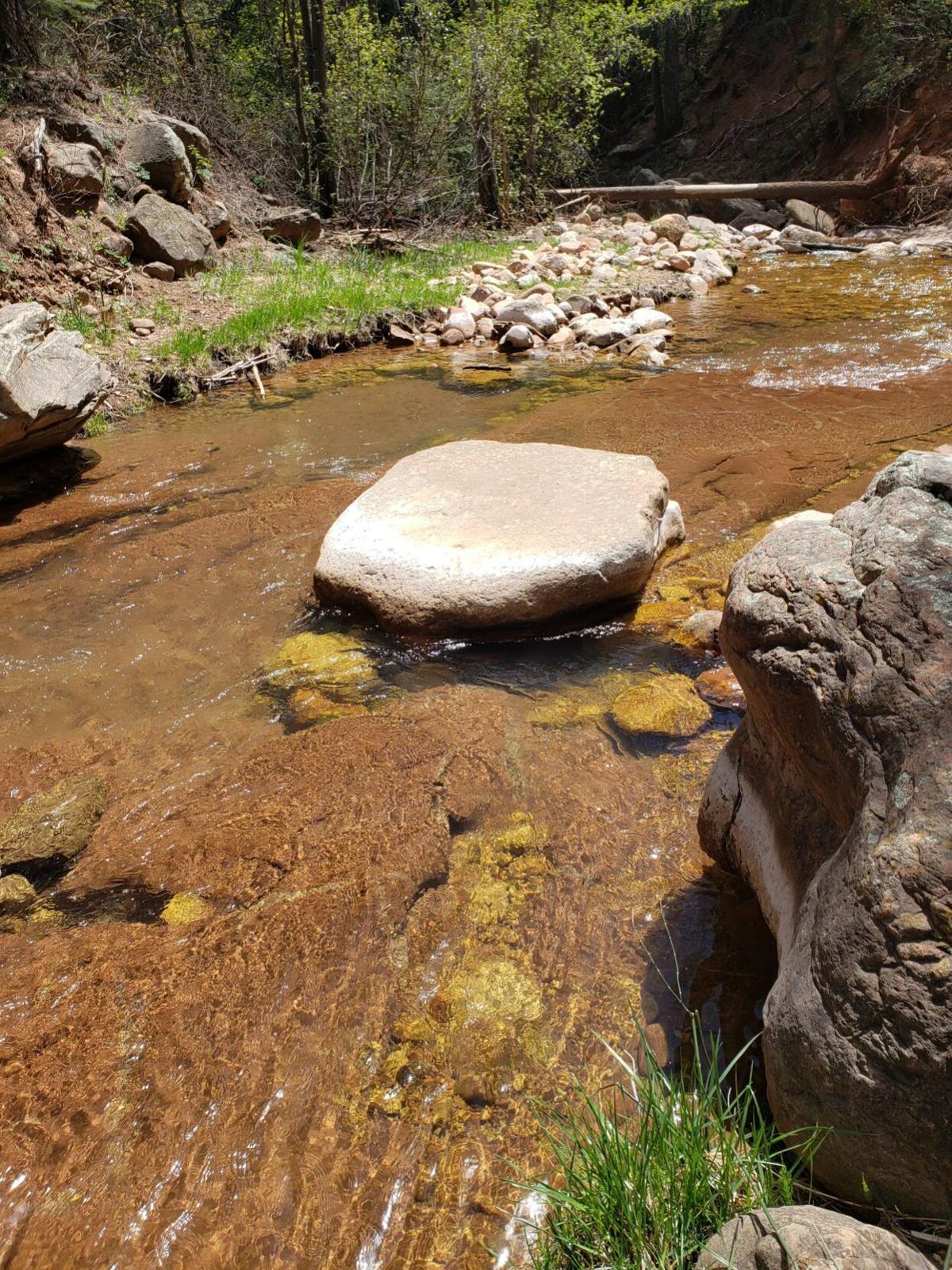 The trout hiding under this rock grabbed my woolly bugger as it danced downstream into the shade. 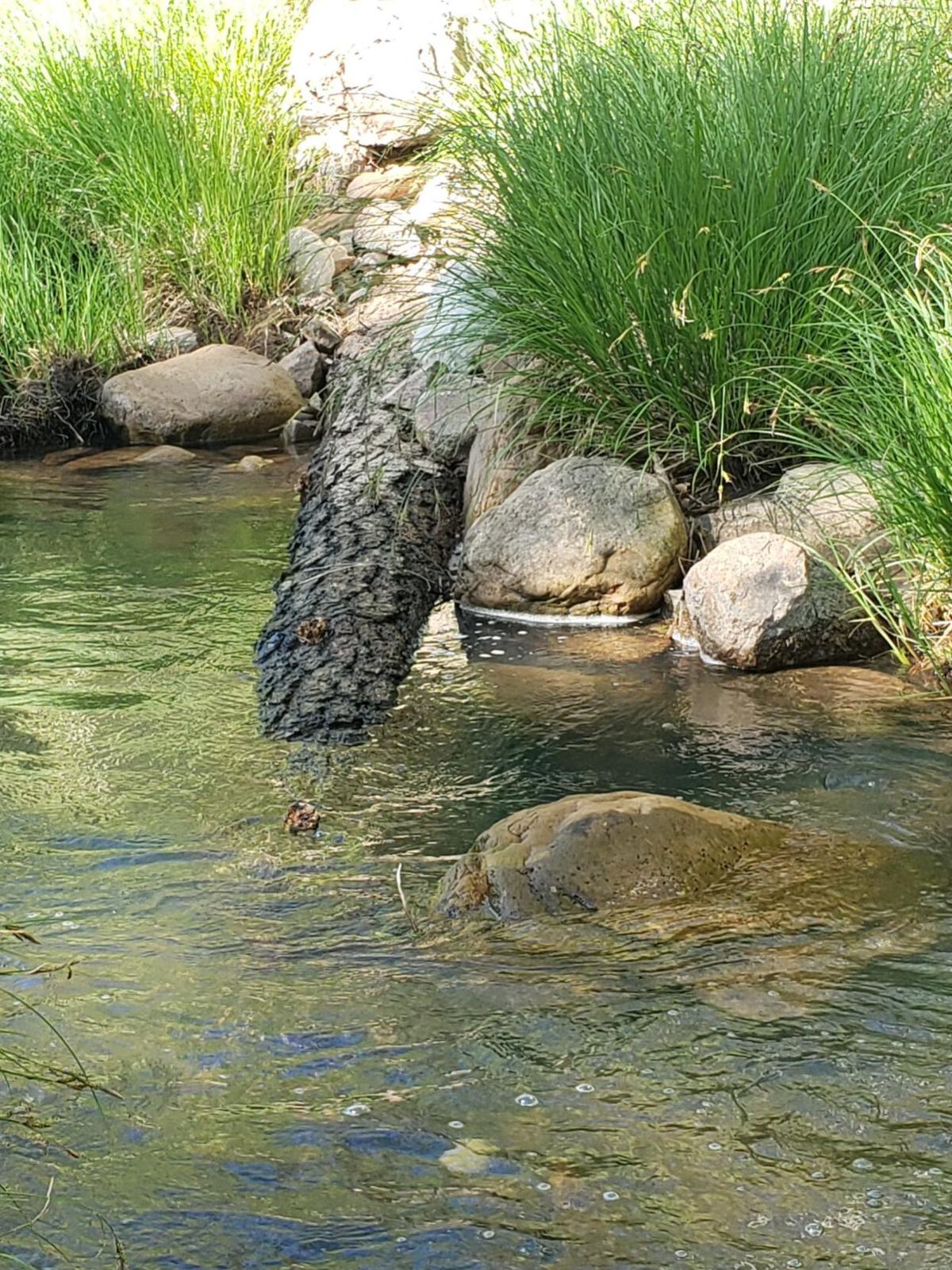 The spot between the log and the rock upstream produced a nice fish that came out quickly for my fly.

Look for trout tucked under shade during the summer.

The trout hiding under this rock grabbed my woolly bugger as it danced downstream into the shade.

The spot between the log and the rock upstream produced a nice fish that came out quickly for my fly.

Even with the rain, the creeks are not running very fast or full. This is what I call “skinny water.” The trout are extremely wary under these conditions, with less water and fewer places to hide.

That means that you will have to be more stealthy in your approach. If there is a worn path and standing pad at a pool, I would suggest avoiding that spot to make your first cast. Instead, move upstream or downstream and plan on a longer cast to help avoid being seen by the fish.

Often, I make casts from well up on the bank during the late summer. I don’t want my shadow on the water, and I don’t want to make any movement or noise that would tip off a fish.

A word of caution about fishing from the banks at this time of year: be aware of poison ivy.

The places where you would look for trout early in the season are not necessarily the same places you will find them now. If there is a cold spring seep, they will seek that colder water.

Any shade in the summer is very attractive to trout. That could be bridges, overhanging grass, rocks or undercut banks. A trout might feed out in the open, especially if it is shaded, but at the first sign of danger, he will head to the nearest obstacle and your fishing for that pool is done.

I try very hard to not get into the creek when the water is this skinny. My crunching on the gravel tells the fish where I am, and if I am upstream I don’t want a plume of mud drifting into the pool below.

Because the fish are often hanging close to the bank or in unusual spots, it is critical that you take time to survey a pool before making your first cast. Too many times to count, I have spooked an unseen fish at the tail of a pool that scattered the feeding fish upstream.

Always cast to the water closest to you to avoid missing fish that you can’t see that might be spooked by any commotion. Then extend your casts further into the pool.

Sometimes, a fish is in a tough spot to make a cast. Be prepared to move into a better position along the bank and if necessary, carefully approaching as close as you dare.

I make a lot more bow and arrow or slingshot casts when the water is this low. I am trying to drop my fly into very tight spaces that are well shaded by trees, bushes, or rocks. The fly might only be in the spot for a couple seconds before the current sweeps it out, but that is enough time for a trout to grab a fly that he has been waiting to appear in his domain.

This cast is accomplished by holding the fly between your finger and thumb with your non-casting hand. Be sure that the point is facing away from you. To accomplish this cast, you will need a relatively short leader of about 7 or 8 feet with only a couple feet of fly line out. Bend the tip back and aim at the spot you intend to cast. Instead of simply releasing the cast, as you would with a slingshot, you need to follow through and roll the rest of the cast toward the spot.

This is not a cast to try the first time on a brushy stream, but it is better to practice it where you are not likely to lose a fly if you miss the cast. It is incredibly effective and has produced a lot of fish for me.

If there is enough current, then one of my favorite approaches to target fish under cover is to dance an unweighted woolly bugger downstream in front of a sweeper, grass hump, or log jam. I will generally have a small foam indicator about four feet above my fly that allows me to track the fly that I might otherwise lose sight of. If there is a log jam that I think a trout will hide under, I drop my fly down there and make sure my indicator is about four feet above the brush as I sweep it tantalizingly anticipating a strike.

Skinny water brings more challenges to your fishing, but it is really rewarding to pull a fish out of the tight spots they are likely to be in during the summer.