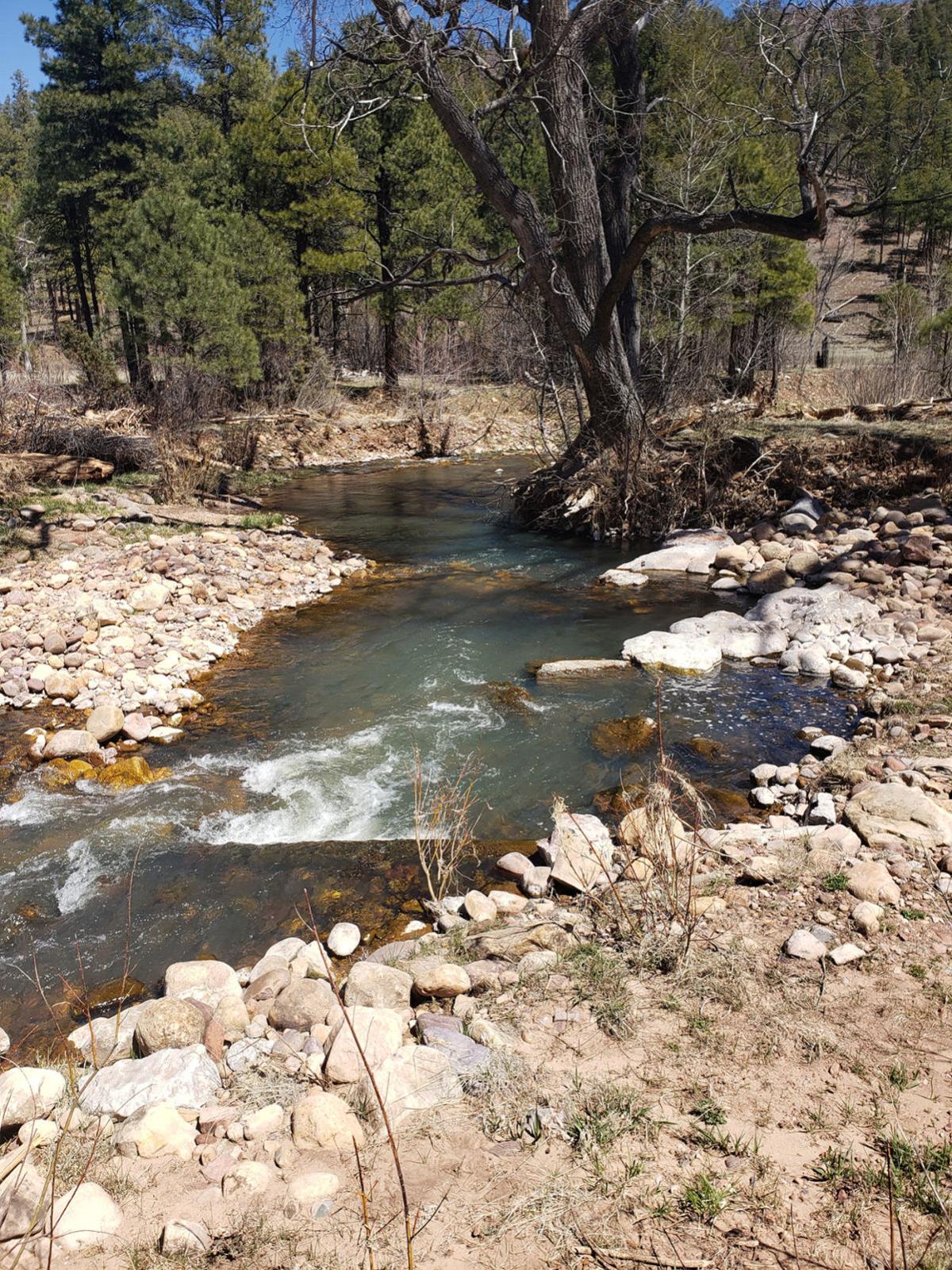 The tree root in this deep pool on Canyon Creek is home to fish that often refuse to leave the cover to grab a fly. 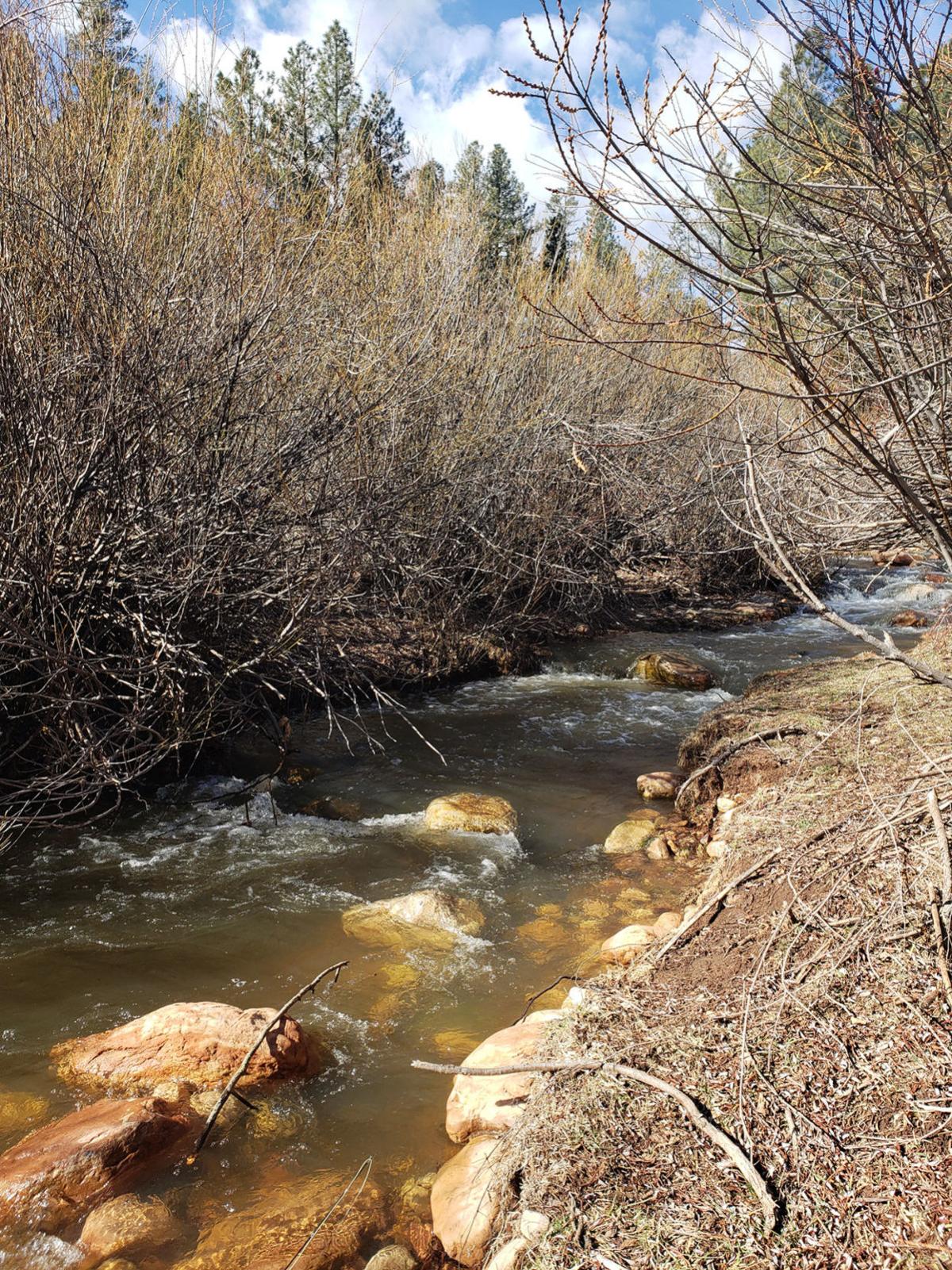 Look for trout in the shade deep under these willows on Tonto Creek. 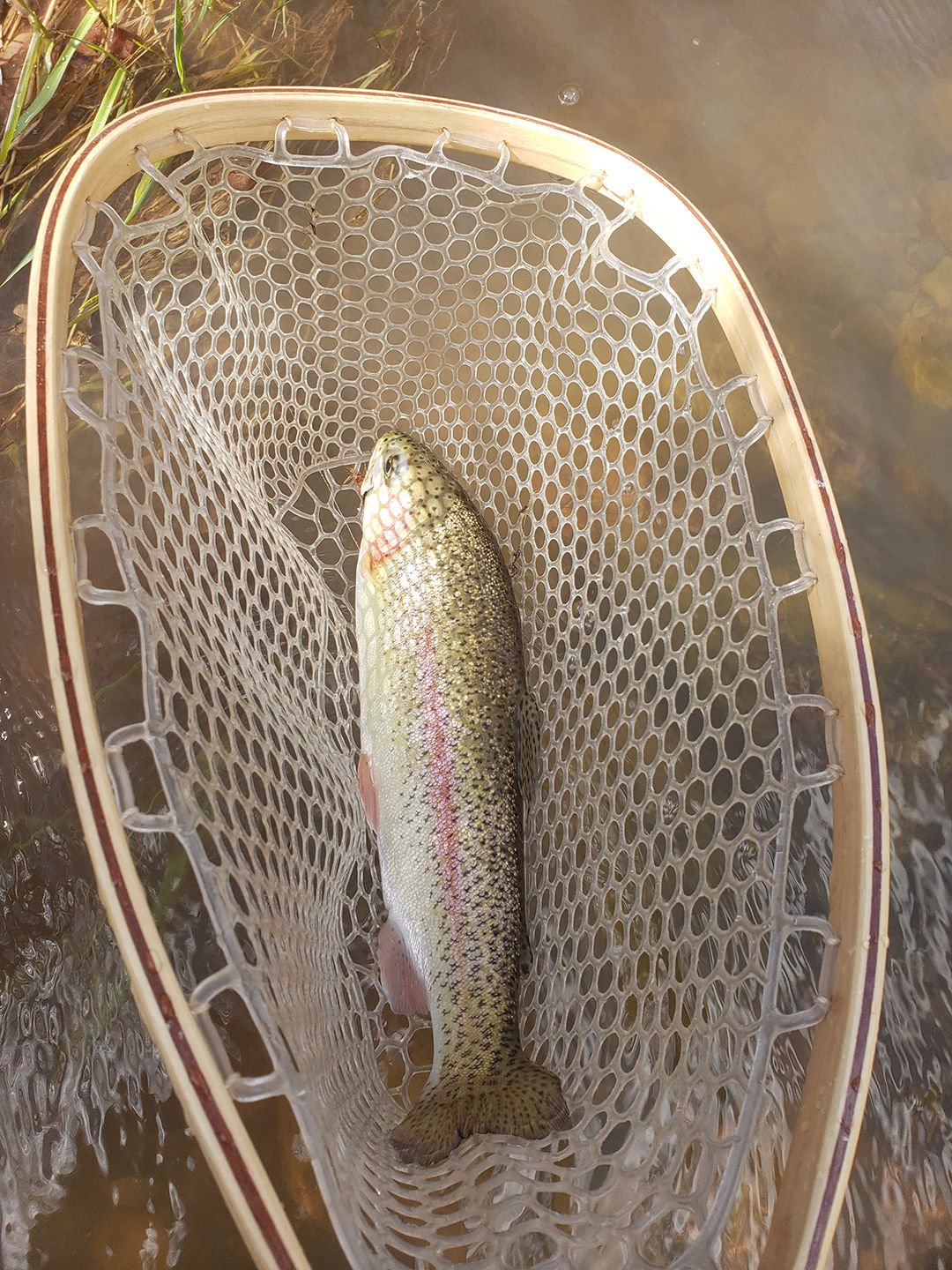 A rainbow trout caught under a sweeper in Tonto Creek.

The tree root in this deep pool on Canyon Creek is home to fish that often refuse to leave the cover to grab a fly.

Look for trout in the shade deep under these willows on Tonto Creek.

A rainbow trout caught under a sweeper in Tonto Creek.

Give me log jams, exposed roots, sweeping vines, and overhanging branches on a creek, and I am a happy guy. Tangled branches mean fish are likely lurking below.

I rarely pass up cover like this. Occasionally I will just tip my hat to the fish I know must be deep in a woodpile or overhang that I just won’t risk my fly for, but most times I will try it. As my uncle taught me, “If you aren’t losing flies, you aren’t fishing where the trout are.”

My casting changes drastically when I encounter a spot like this. In general, on the small bushy creeks that I like to fish, I use a lot of roll casts to stay out of the trees that would certainly catch a normal overhead cast. In these kinds of obstructions, I need to reduce the amount of line that I am casting and fine-tune my delivery even more.

We refer to the cast used in these situations as a bow and arrow or a sling-shot cast. Often, I will only have a few feet of fly line out while making the cast. Once the fly gets where I want it, I may release more fly line and let the current help me deliver my fly further into the cover.

When you are learning this cast, it is best to hold on to the fly with the point facing away from you with your non-casting index finger and thumb. Point your fly rod at the spot you want your fly to land and bend the fly rod tip back as you pull on the fly. As you release the fly toward its destination, you need to follow through to extend the rest of the line toward the target. If you don’t follow through after you make the initial cast, the fly will fall well short of your target.

The best place to learn this technique is not on a brushy stream. Instead, work on the cast where the chances of losing a fly are not as likely. I use this technique a lot on Green Valley Lake. I aim for the shade as deep in the dock’s corner as I dare. If I miss, I can easily retrieve my fly. Once you have the cast figured out, then you are ready to try it with some stream obstacles.

I believe the bigger fish often will be in the tougher spots. If you have ever watched trout in streams, it is interesting to see the larger fish claim certain lies and chase smaller fish away if they get too close.

What could be more appealing to a fish than a shaded location, yet provides a great conveyor belt of food coming down the current to him as he remains hidden from predators?

Recently, I caught a nine-inch fish near one of the log barbs that the Arizona Game and Fish Department placed in the East Verde River. It was in the main current, yet within an easy dart to the cover of the log barb. When I released that fish, I noticed a protected pocket along the opposite bank.

There was a boulder in front of the log, so the fly had to hit a target across the creek less than a foot wide. Immediately, a much larger fish grabbed the fly and came to the net. I am sure he headed right back to that spot as soon as I released him.

Sweepers are among my favorite obstacles. Yes, I lose my share of flies in those overhanging branches, but I catch a lot of fish there too. At first, I will try to skirt the edges of the sweeper and hope that I can tempt a fish to come out from under the cover to grab my fly. But if I am convinced that there must be a fish there, I will try to get my fly as deep as I can and drift it under the middle of the branch. Too many times to count, I end up with a fish for my gamble.

If you like to challenge yourself on a trout stream, and are interested in the possibility of catching bigger trout, try fishing the cover and give this cast a try.