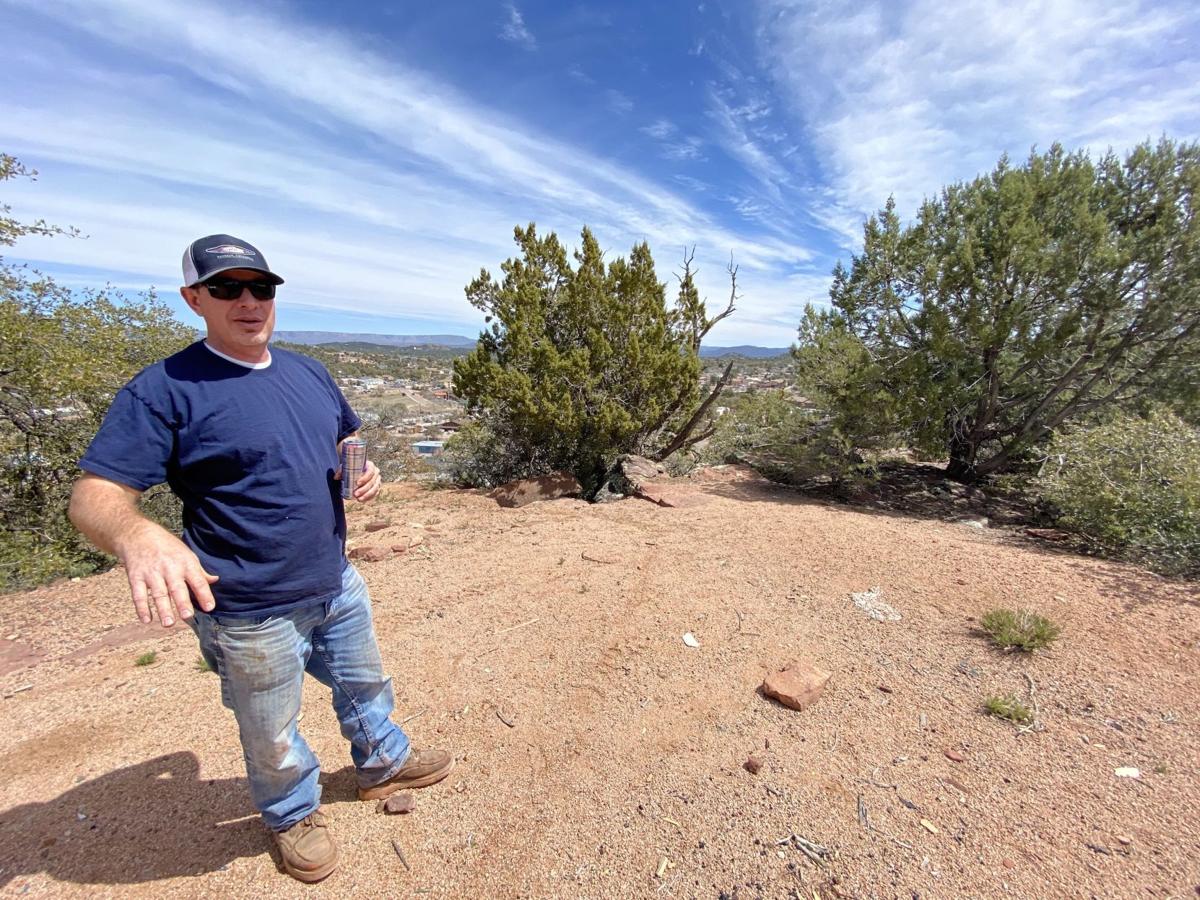 Forrest Gressley lost his bid to mine a hill at the intersection of McLane and Phoenix Street. In this picture, he stands on the top of the hill he had hoped to mine for decomposed granite and dirt. 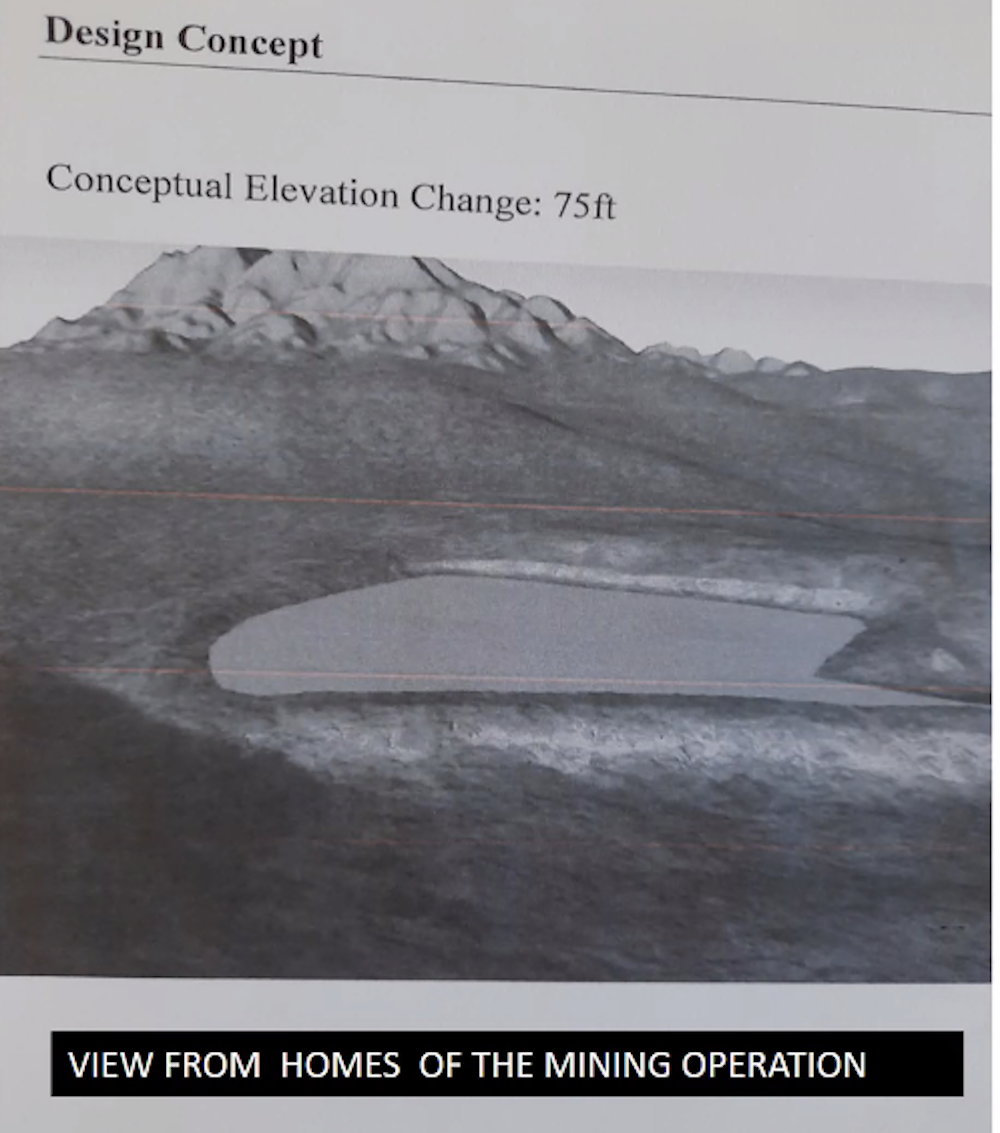 A conceptual drawing provided by Forrest Gressley that seeks to visualize what the hill of the property at the corner of Phoenix Street and McLane Road would look like after 75 feet had been removed.

After months of coming before the town council, Forrest Gressley’s vision of developing a mine to create more space for development on a hilltop near Main Street has been buried.

In a 6-1 split vote, the Payson council denied Gressley’s request for both a minor amendment to the general plan and a zoning change from commercial to industrial.

Gressley had come to the council last September to remove 35 feet worth of material from the top of a hill that sits at the intersection of McLane Road and Phoenix Street. Gressley already runs a mining operation for his cement factory, so he felt confident in his idea of turning the 19-plus acre plot into more than an acre of developable land. Currently, only a little more than an acre at the very top of the hill can be developed. Getting water and sewer to the site has deterred past owners from developing it.

But the council couldn’t get behind Gressley’s idea.

Vice Mayor Chris Higgins summed up the council’s reasoning: “Some people can visualize, but I think for residents and this council, it would be very, very beneficial to have an idea of what it would look like after it is excavated ... what you have presented Mr. Gressley is a plan, but without that visual to feel better about (it).”

Mayor Tom Morrissey said the tribe had concerns about how the project would affect tribal land near the site, so he would not vote in support of the project.

He approved the idea of selling the material ground off the top as aggregate to construction projects.

“If they run out of that we’ll get our aggregate from Tonto Basin and will cost $10 more than if we get that from that hill,” he said.

Ferris could see the town and sanitary district bringing water and sewer to the event center with the fill material Gressley would provide from the project.

Ferris had concerns that when someone decided to develop it eventually, “we will have no control.”

“I don’t see a good solid reason why not to not do this,” he said.

None of the council opposed the idea of the land being developed, but they just needed more evidence that mining would work without ruining the view. They also needed reassurance the improved site would attract developers and not leave an open mine pit.

“We all share the hope that the area is developed (but) we are being asked to amend the general plan with the hope and promise it will be developed. That is too speculative for me,” said Councilor Scott Nossek.