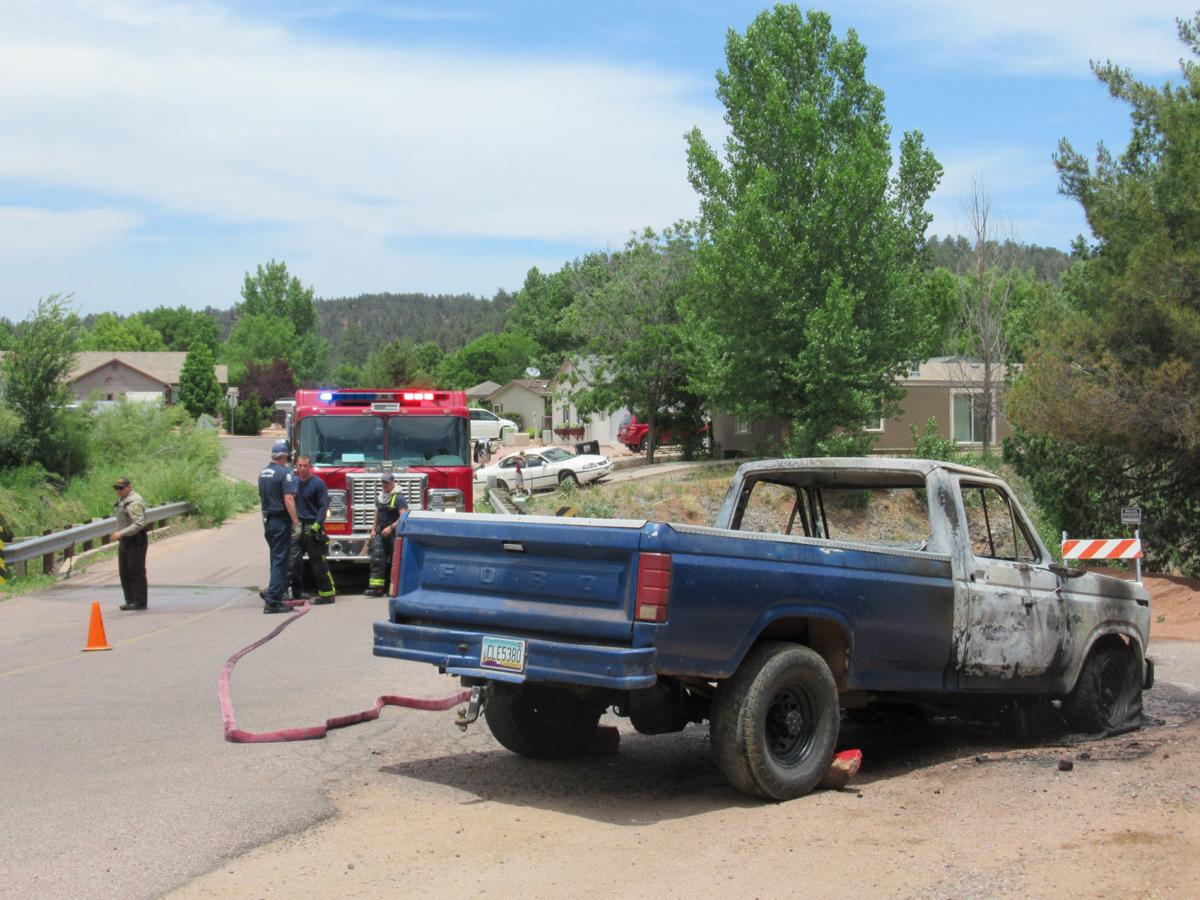 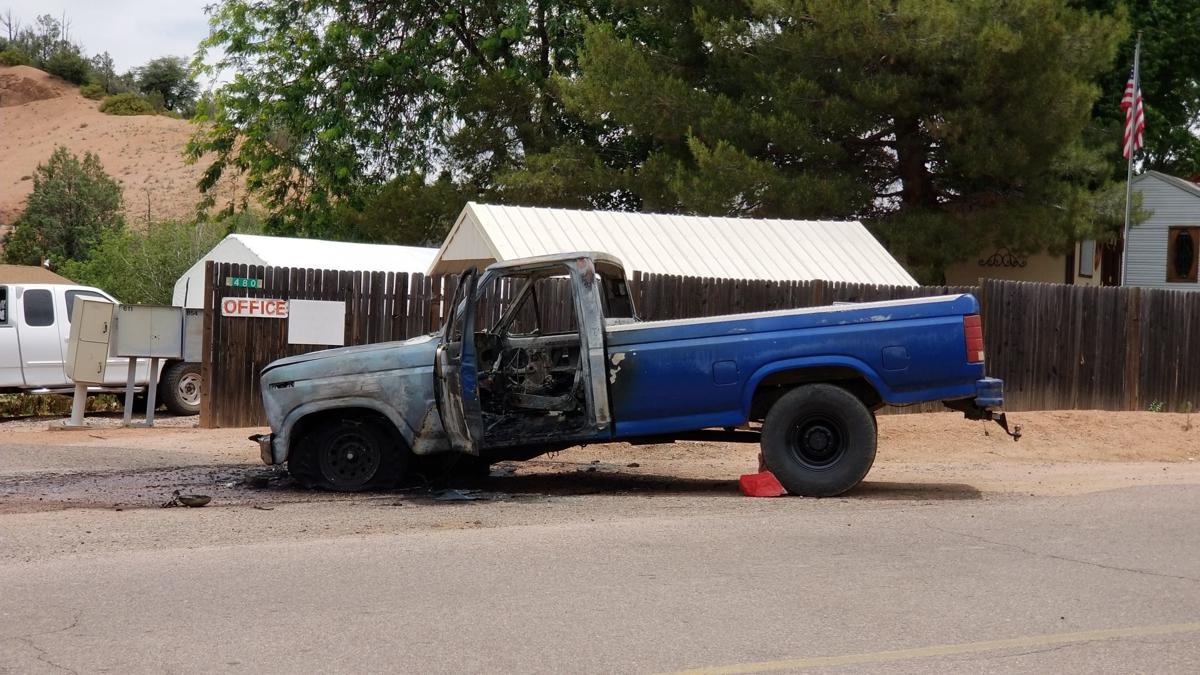 Hellsgate firefighters responded to an engine fire in a pickup truck Thursday afternoon that ultimately destroyed the truck.

By the time Hellsgate Fire Department arrived, the truck was fully engulfed in flames, said Donald Cline, a former freelance photographer who was in the area at the time and took photographs. He said he and his wife heard several explosions come from the truck as it burned.

He said it took firefighters about 10 minutes to put the fire out.

The fire torched the entire cab and engine, burning the paint off and melting the tires. No one was injured. The cause of the fire is unknown.