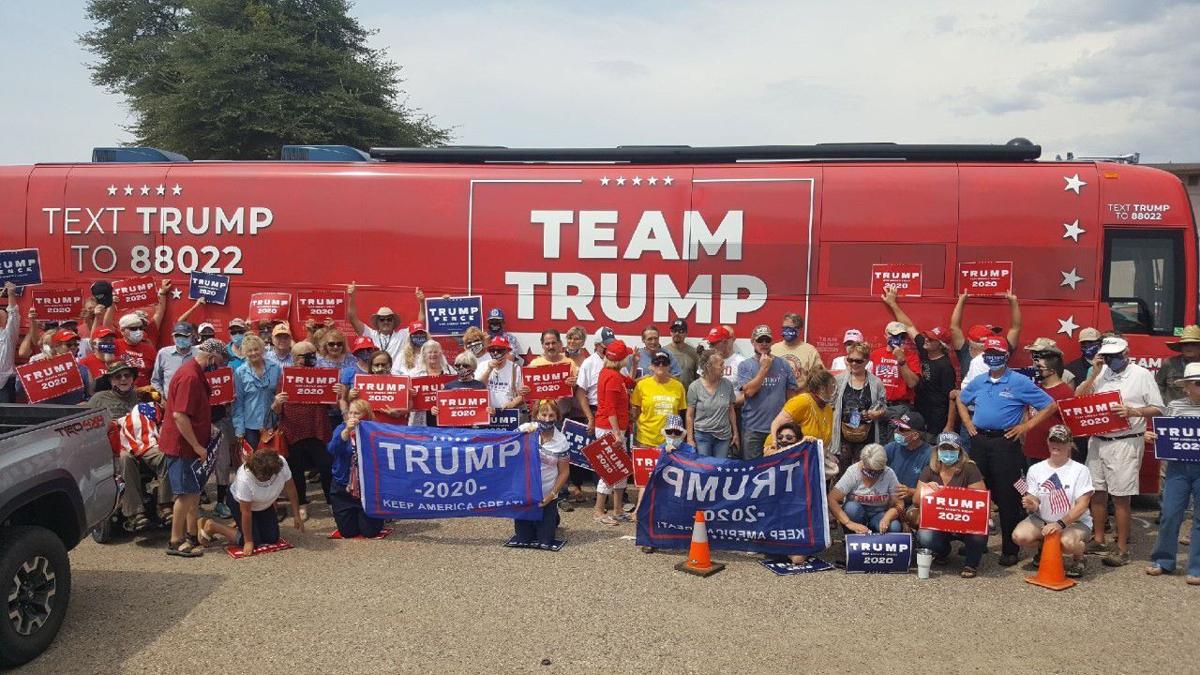 Trump supporters at the local Republican headquarters on Aug. 20. 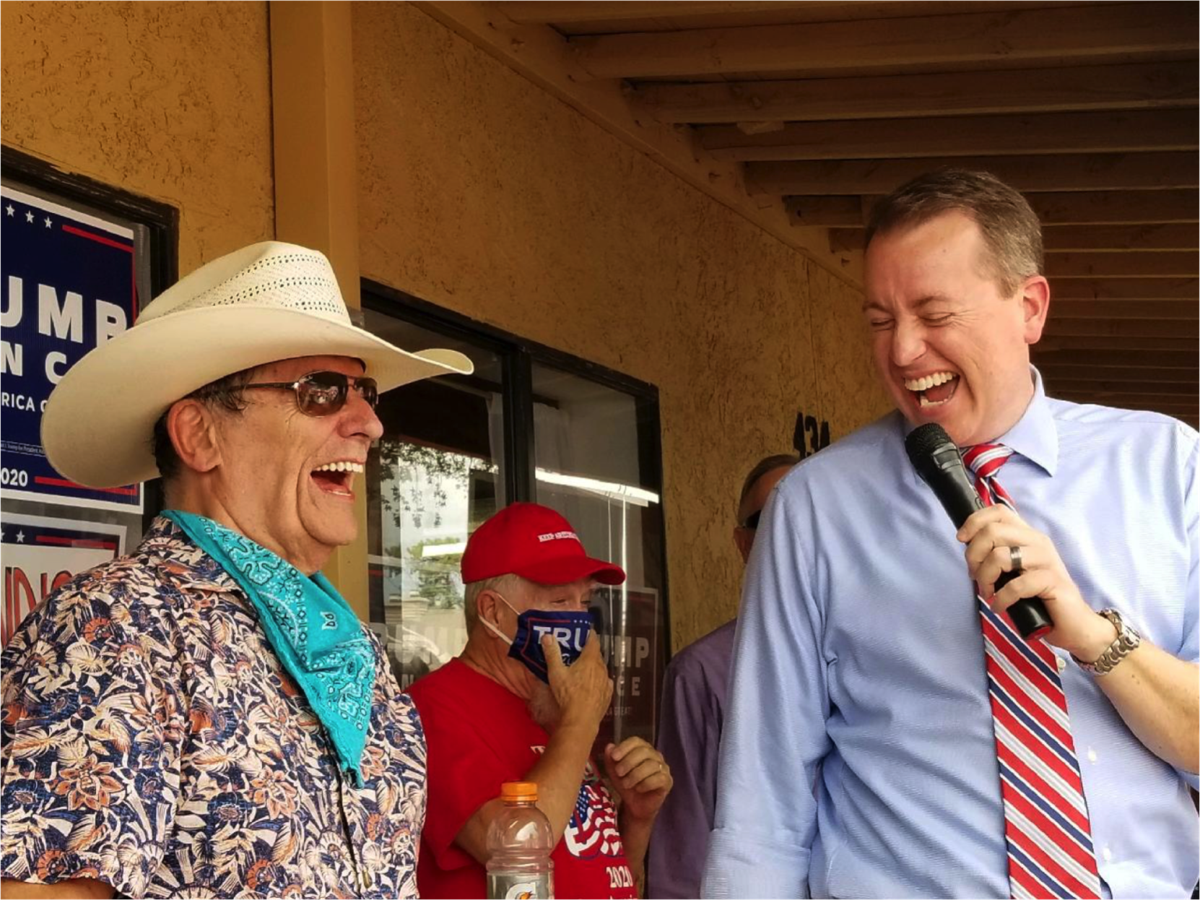 Trump supporters at the local Republican headquarters on Aug. 20.

The Trump campaign bus made its way to the Payson Republican headquarters on Thursday, Aug. 20 to a crowd of nearly 100 Republicans and President Trump supporters.

The bus carried Congressman Andy Biggs and Jeff DeWit, formerly Arizona’s state treasurer and now the campaign’s chief operating officer. Also onboard was Matthew Whitaker who served as the acting U.S. Attorney General between the departure of Jeff Sessions and the appointment of William Barr.

Payson Mayor Tom Morrissey and Morris welcomed the team members to the headquarters.

“Gila County is a good county for the Trump campaign,” Morris said. “Gila County gave President Trump 64% of the vote in 2016, and Arizona’s 11 electoral votes were critical in Trump’s win. In the latest decade, Republican voter registrations have substantially increased from nearly 15% behind Democrats to now 61% ahead of Democrats.”