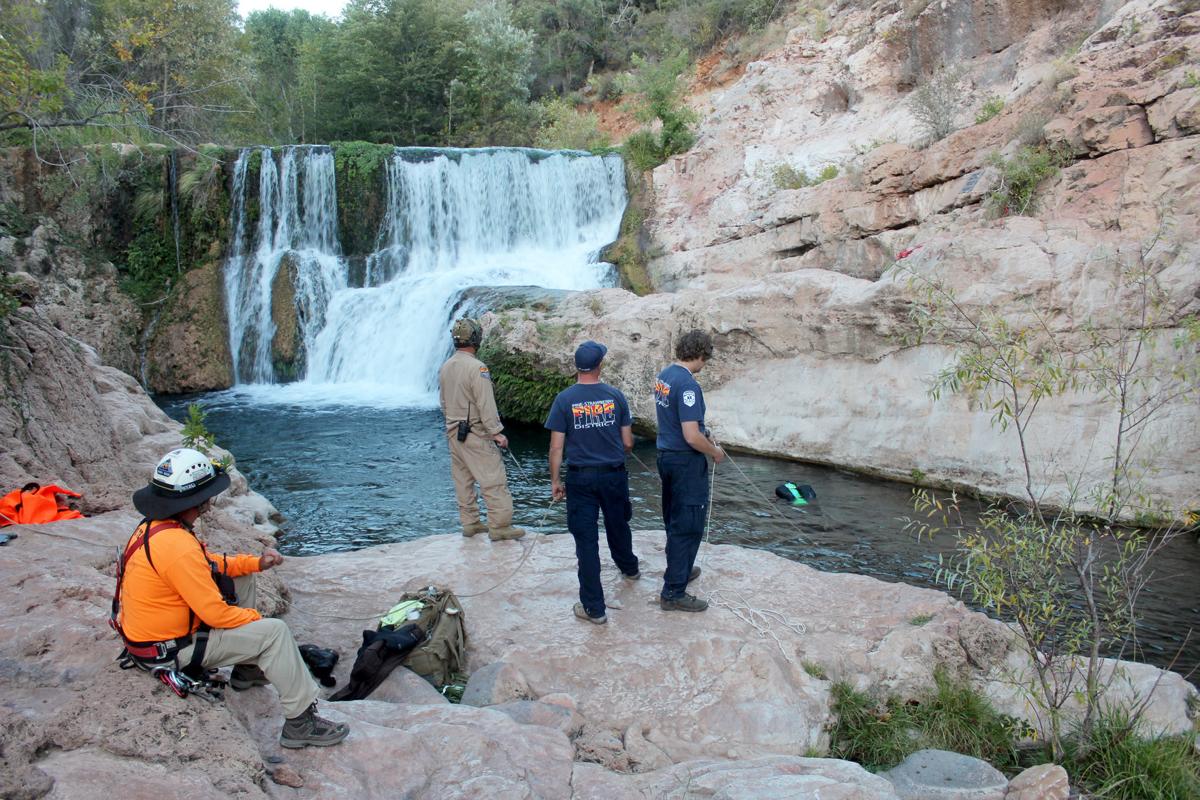 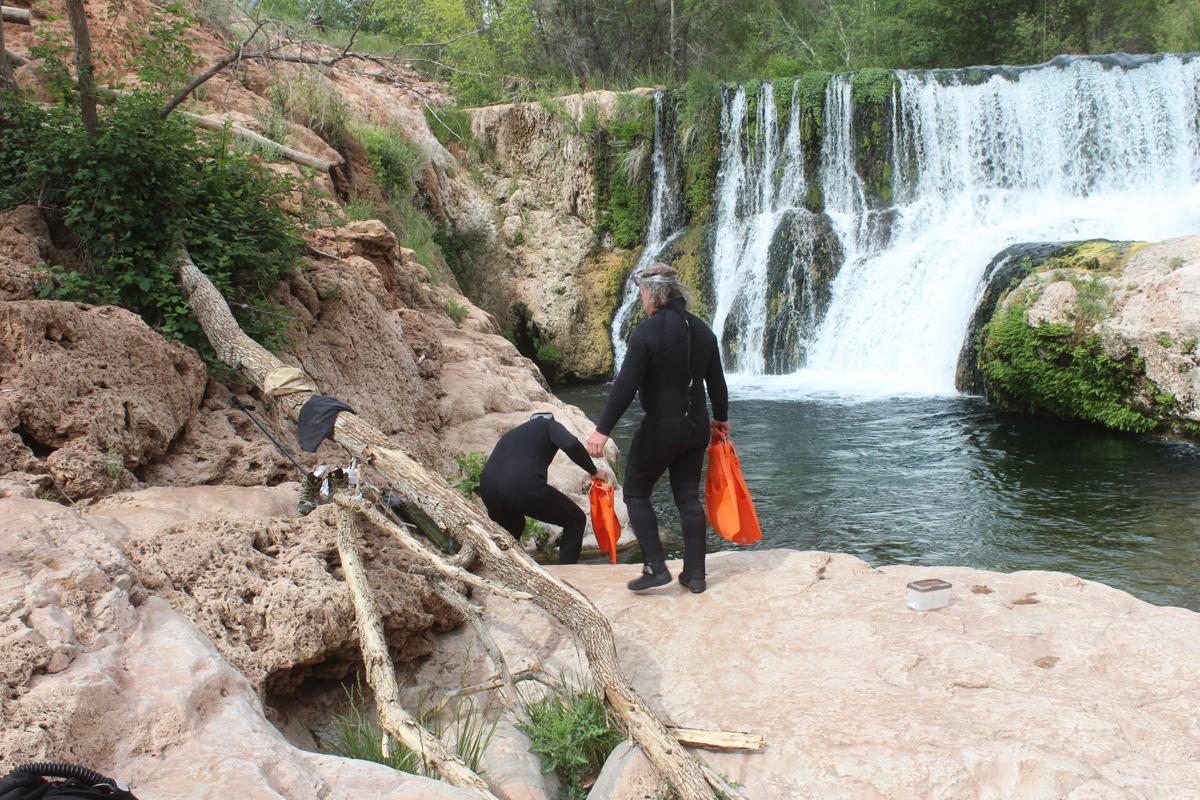 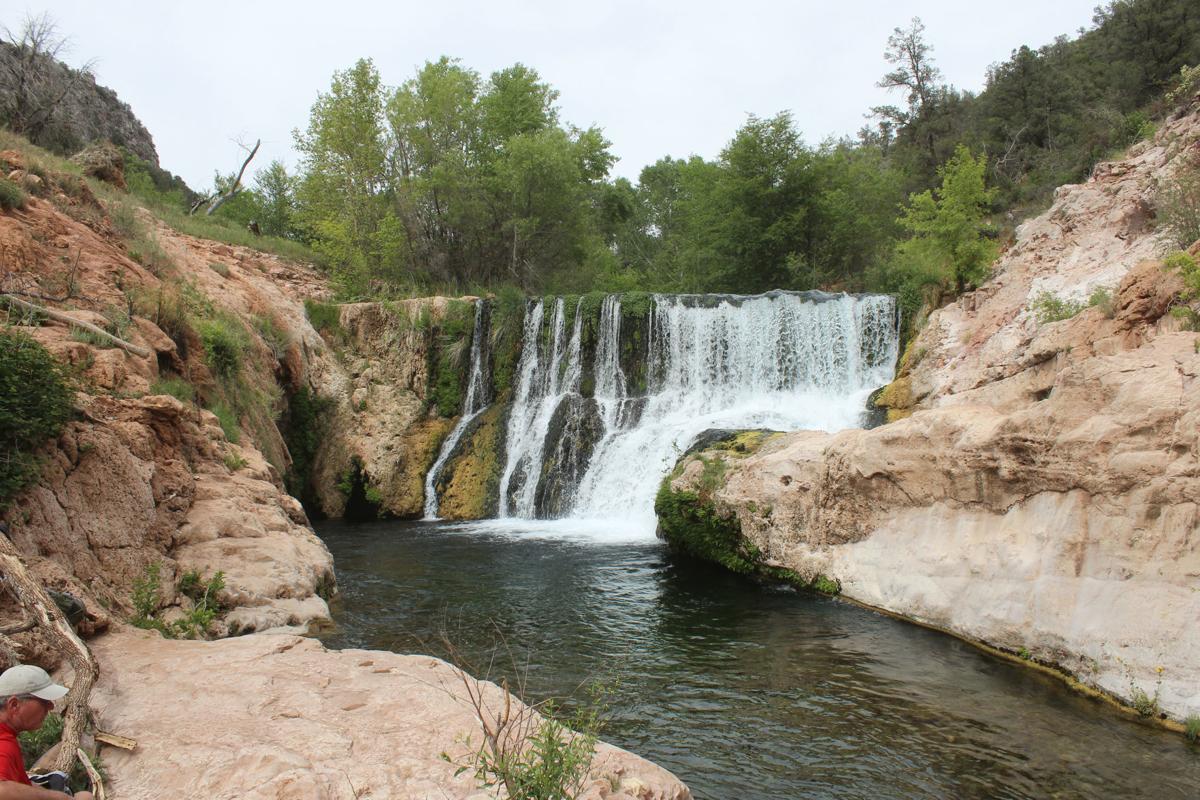 A Valley man died in Fossil Creek Thursday after swimming into a whirlpool, officials said.

Ronald Hugh Henry, 62, hiked down the Fossil Creek Trail Thursday morning with his co-worker Dale Gregg, 57, also all of the Valley.

The men had never hiked into Fossil together before, but frequently went on outings on their days off, including hiking the Grand Canyon rim to rim, said Sgt. Dennis Newman with the Gila County Sheriff’s Office, who coordinated the recovery.

Gregg later told Newman they were prepared for the hike and arrived safely with enough food and water to make it back out.

They decided to swim in a pool located roughly a mile south of where the trail reaches the creek.

A waterfall tumbles into the travertine creek, making it a popular place for hikers to cool off after hiking the steep trail. On one side of the waterfall is a pool known as the “toilet bowl.” People either jump into the pool from the top or swim into it from below through an opening carved out by the water. Either way, the only way to get out of the pool at this time is to swim out through the opening at the bottom, Newman said.

Once they surfaced in the bowl, Gregg said he asked Henry how he was doing. Henry appeared exhausted and had a look of “panic” on his face, Newman said.

Gregg told Henry to take a deep breath and swim back out, but Henry reportedly could not. Gregg held on to Henry as long as he could, but eventually had to let go and swim out himself, Newman said.

Once he reached the shore, Gregg called for Henry, but got no response.

He hiked up above the waterfall and could see Henry’s body motionless in the pool.

At approximately 11:50 a.m., the Gila County Sheriff’s Office dispatch received a 911 call about a possible drowning. At 12:04 p.m., the sheriff’s office received a second 911 call from Gregg.

Newman called the Arizona Department of Public Safety and asked if their Ranger helicopter could drop him and the sheriff’s dive team into the area. Deputy Cole LaBonte swam into the creek and recovered the body along with a member of the Tonto Rim Search and Rescue.

This is the sixth death at Fossil Creek in the past four years, said P-S Fire Chief Gary Morris.