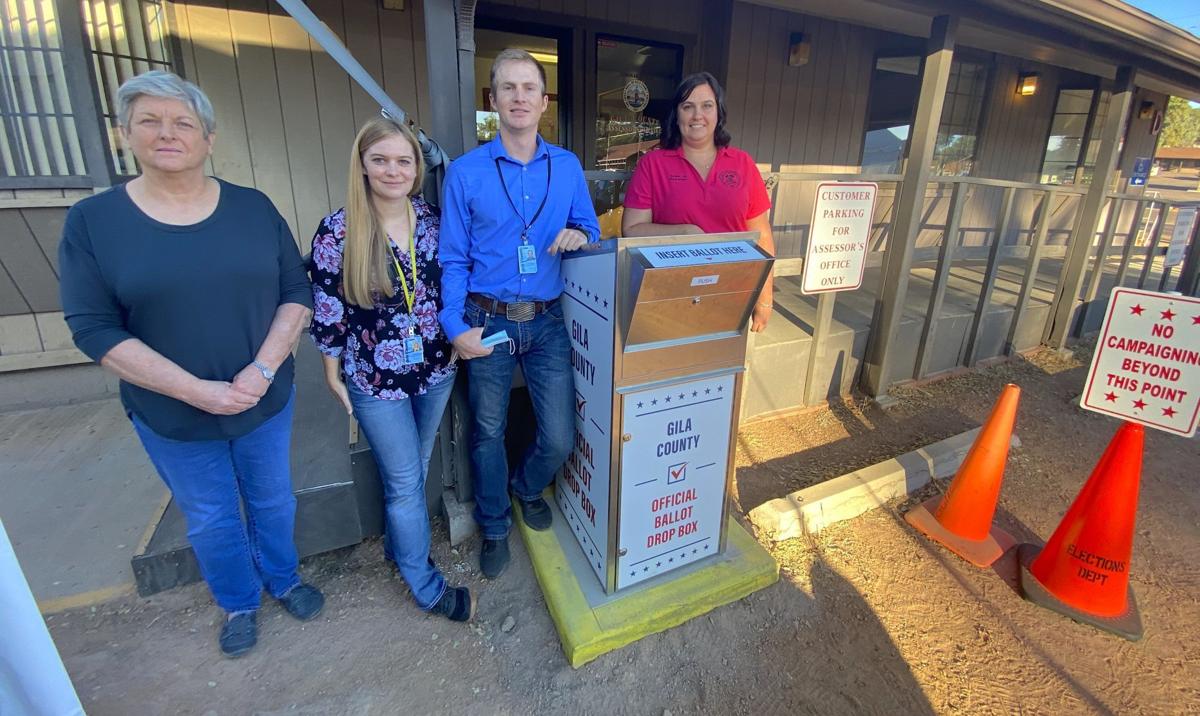 Sadie Jo Bingham and her staff (left to right) Rhonda Rolf, Katie Judd and Isom White at the Payson Recorder’s Office. Each staff person can help a voter drop off a ballot, fix a ballot or walk a voter through the early voting process. 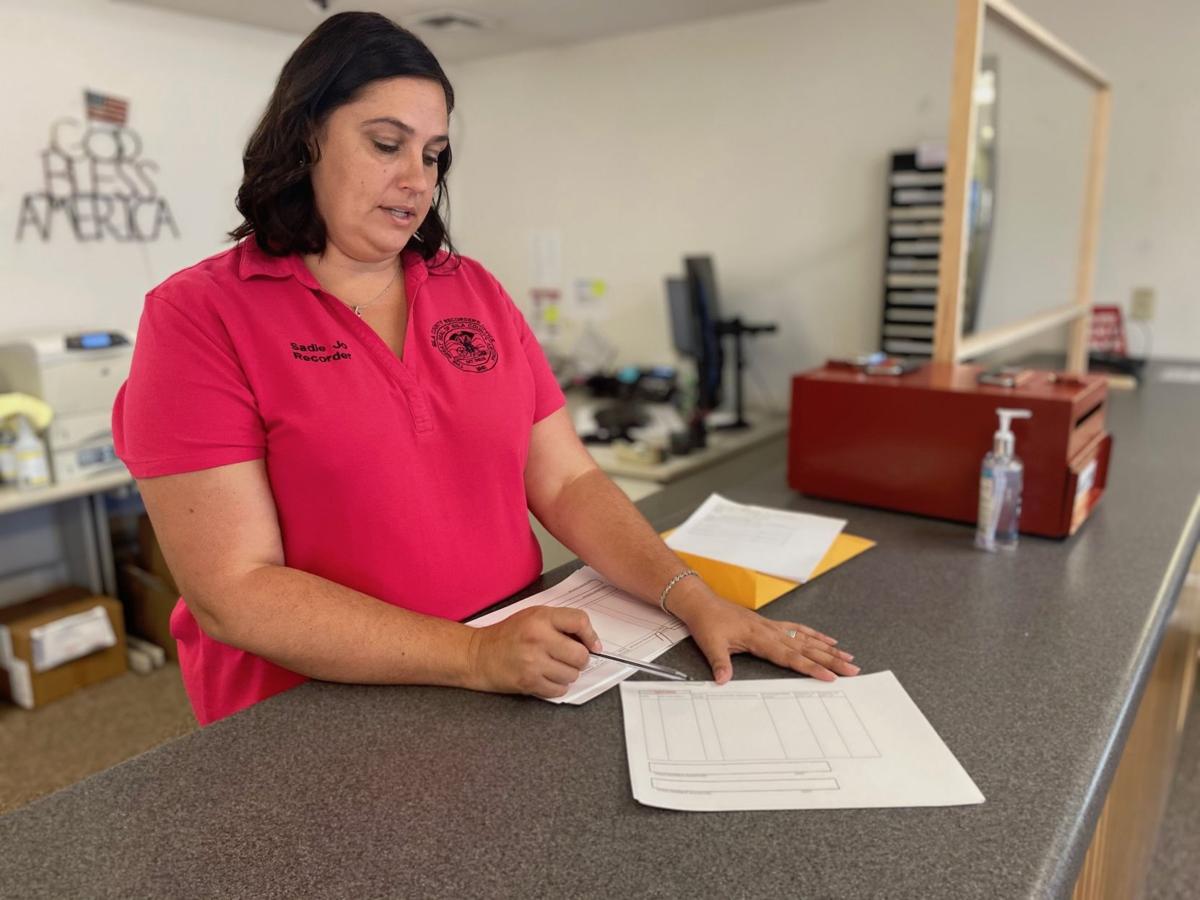 Sadie Jo Bingham, along with other recorders from rural Arizona counties, have expressed concerns over voter affiliation visible on mail-in ballot envelopes to the secretary of state.

“I forgot to vote for a candidate,” said the voter, handing her his sealed envelope.

The recorder verifies every early mail-in as well as provisional ballot cast. That’s a big job, since around 75% of registered Arizona voters have signed up for early ballots. It’s also the recorder’s duty to make sure every vote counts, even if the voter forgets to fill in a bubble.

Bingham handed the voter an envelope and told him to open it up and vote as he wished.

“You can do this only in the recorder’s office, though,” she said.

This election a lot of those voting for the town council runoff have missed filling in a bubble for either Jolynn Schinstock or Deborah Rose because their names appear in the upper left corner of the back of the ballot above two state propositions.

Once the voter fixed his issue, Bingham sealed the envelope with tape and had the voter sign. Fortunately, the voter raised the issue before the recorder’s office processed the ballot when it’s too late to make changes.

Mistakes happen with ballots and Bingham has all sorts of solutions to make sure every ballot is counted.

Sometimes a ballot gets damaged before her office receives it.

Bingham and her staff ask the voter to come down to the office, (in Payson it’s across the street from the post office on Frontier Street) where staff will print out a new ballot that has a different bar code from the original. The bar code determines the valid ballot, even if the first ballot somehow shows up.

Another problem, voters use permanent markers to vote. The ink bleeds through onto the back of the ballot. Bingham says the voter needs a new ballot.

But the primary function of the recorder’s office in an election is to verify each signature on a ballot. Signatures must match the one on the registration card. But not to worry, Bingham says there’s wiggle room if it doesn’t match exactly.

Staffers undergo training so they can identify a signature, even if the signor decided to just use their first initial and their last name.

“Every two years, we go through forensic handwriting training and certification,” she said.

Once the signature clears, the ballot goes to the elections department to get counted.

If the ballot envelop has a missing or mismatched signature, Bingham and her staff will contact the voter to verify or have them come down to sign.

Not all early ballots are mailed. Those who wish to avoid the potential crush on Election Day may come down to the recorder’s office to vote early.

It’s a straightforward process that takes COVID-19 into account.

Everyone must wear a mask.

A large tent outside the office allows for processing. Voters enter the office to pick up a ballot and vote in a small booth. A red locked metal box sits on the counter to receive the ballot.

Bingham said once her staff has verified and bundled the votes, two sheriff deputies accompany the ballots to Globe for the elections department to count.

“I’ve had calls asking, ‘My dog ate my ballot, what do I do?’” Sadie Jo Bingham, Gila County Recorder