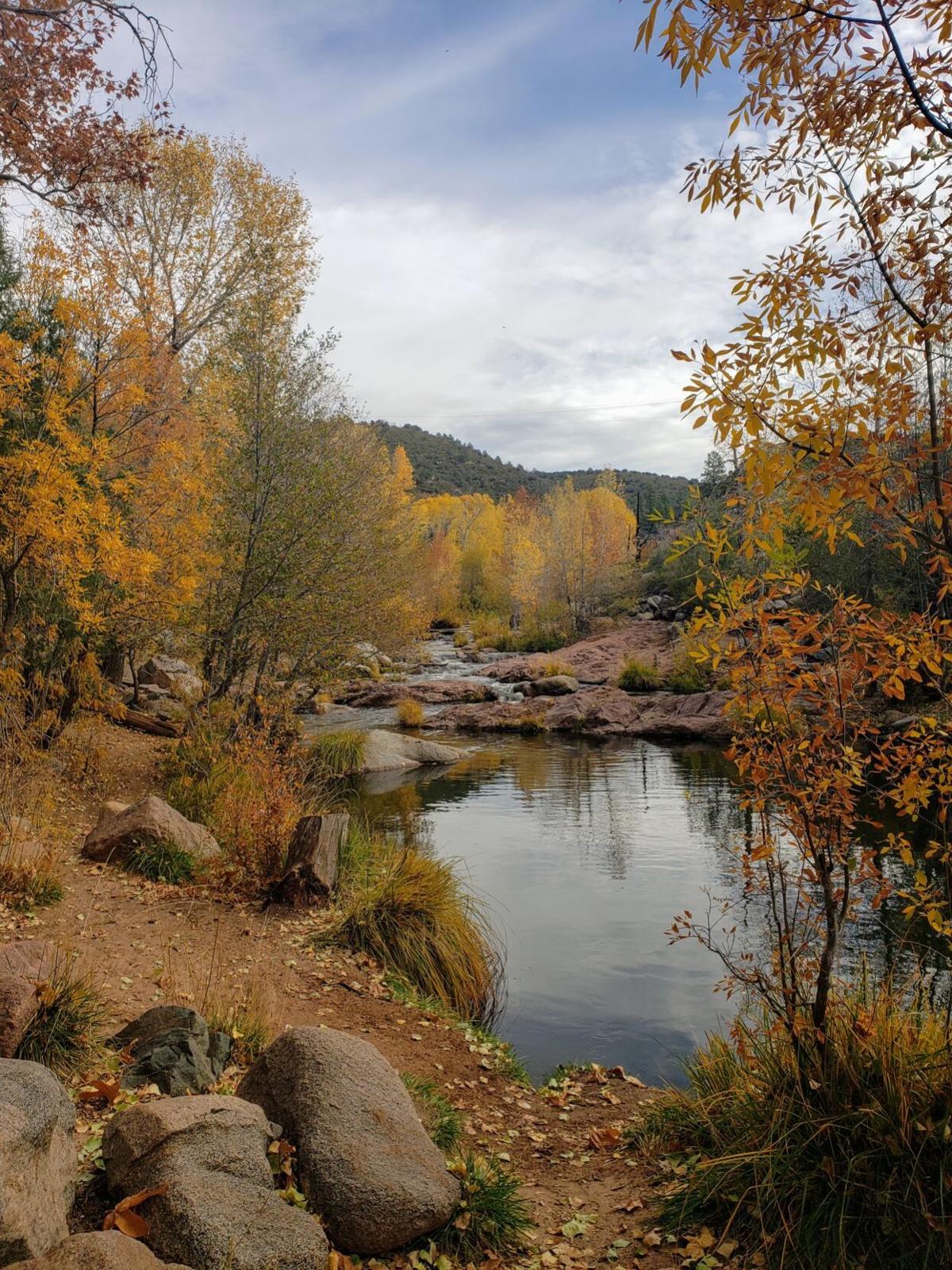 The East Verde River above the Water Wheel parking lot is a great place to fish. 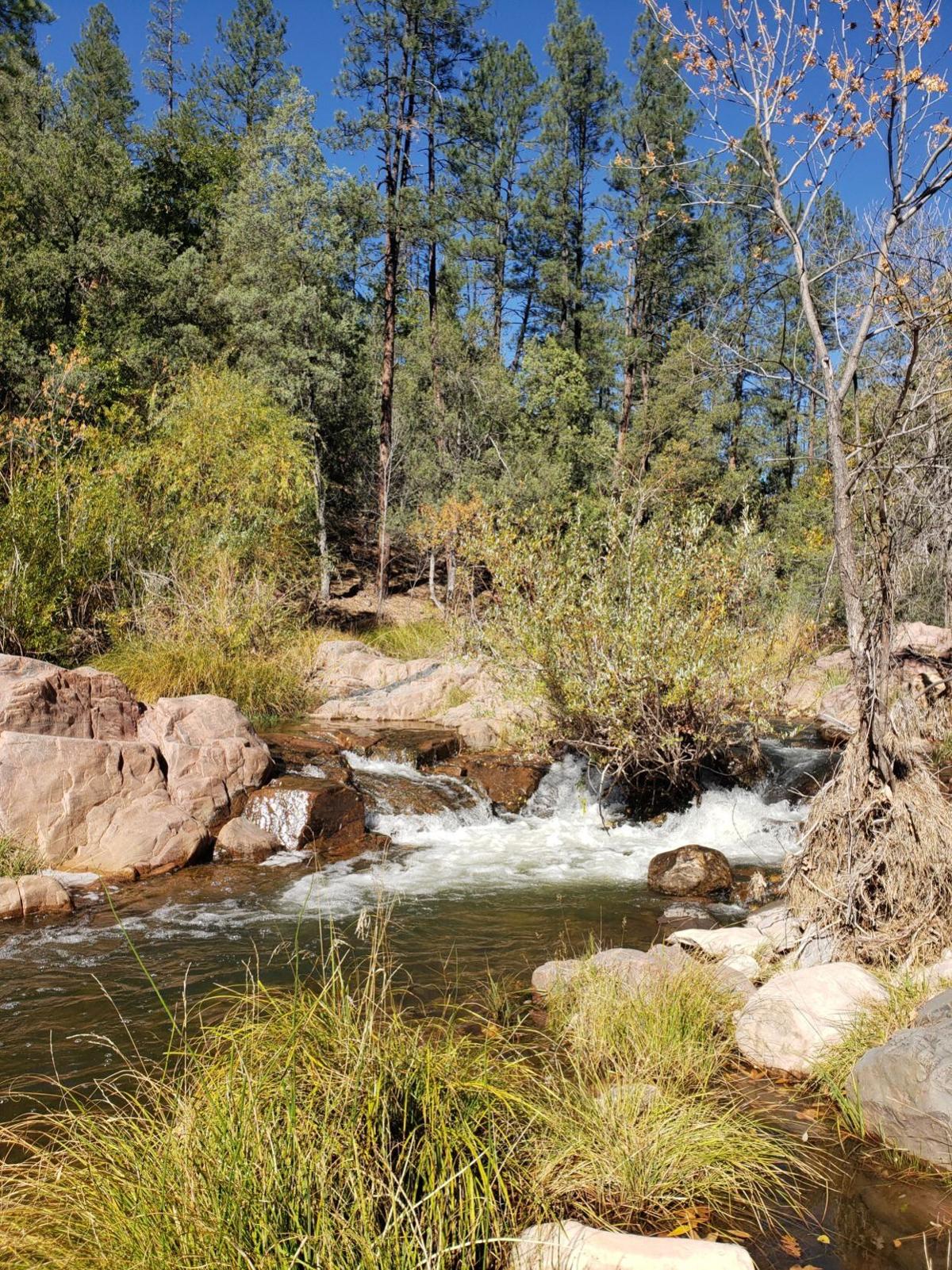 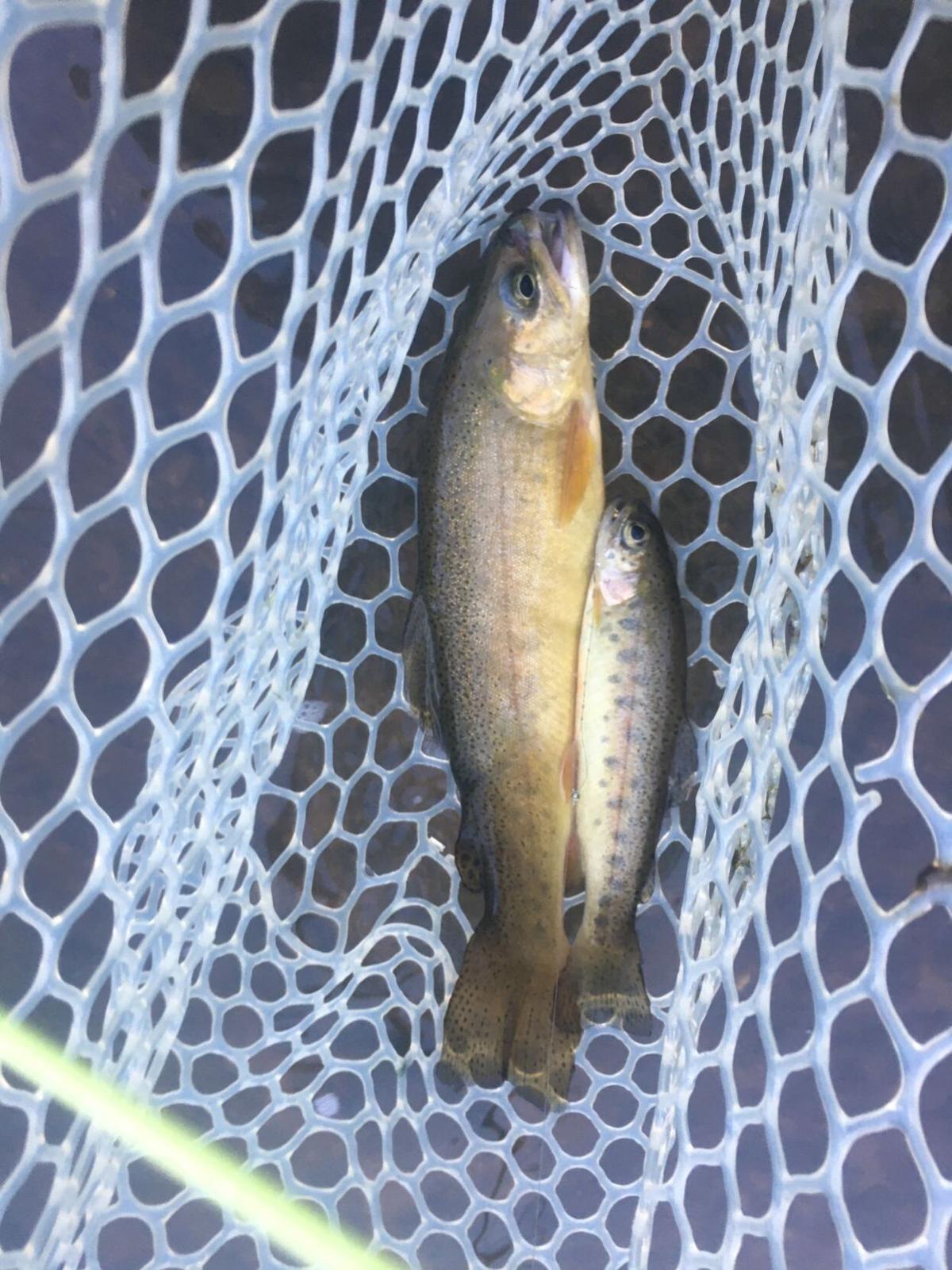 The East Verde River above the Water Wheel parking lot is a great place to fish.

My fly rod is in my car pretty much year-round. I generally fish with two flies, which is permitted in Arizona, and I keep those same flies on whether I am fishing Green Valley Park, a Rim Country stream, or Woods Canyon or Willow Springs lakes.

I fish with two flies to give the fish a choice. Often one will get a lot more attention than the other fly, but the second fly will catch an occasional fish and cause me to keep it on the line for fish wanting that particular pattern.

If I don’t raise a fish or two after working through water that I think should entice a strike, I will change flies looking for what the fish are interested in that day.

I carry two fly boxes when I fish. One is my go-to box that pretty much covers any situation I am likely to encounter, while my other box is filled with much smaller flies when the fish get a bit more selective. Occasionally I will carry a third box filled with my dry flies.

I rarely use the dry fly box because I generally am fishing with flies under the surface that imitate the bugs that the fish see most of the time. Aquatic insects spend only a tiny fraction of their lives in the adult flying stage, so I almost never start fishing on the surface.

Sometimes I will see a swarm of insects above the water. Even then, I don’t get particularly excited about changing to a dry fly until the bugs actually approach the surface of the water, or I see fish coming to the surface regularly.

Since I am fishing flies below the surface, I am often using an indicator to help me see if a fish has grabbed my fly. While the brightly colored indicator looks nothing like an insect, I will occasionally have a fish smack my indicator.

If this happens more than once, I will usually shift to a dry fly offering, perhaps including the color of the indicator in the fly pattern. This happened recently on the East Verde River.

While I could see trout rising, whatever they were feeding on was much too small for me to see. Sometimes in those situations they are actually feeding on the aquatic phase as it tries to emerge from the water to become an adult.

I switched to two dry flies of different size and color to see what they would like the best. They liked them both and I began getting hits on both flies.

My wet fly-fishing has trained me to react immediately. When I am fishing a dry fly, I often pull the fly away from the fish before he has taken it into his mouth completely. It sometimes takes me three or four misses to get my timing slowed down for dry fly-fishing.

That happened on the East Verde. I missed the first several fish. Once I slowed down, I caught fish. They were Gila trout, most of them only about six to eight inches long, but beautiful fish happy to swim away after release.

By this time, my smaller trailing fly had gotten quite a bit of fish slime on it and no longer floated as it had at the start. No problem, the fish accepted it as an emerging insect and grabbed it regularly just below the surface. The floating fly further up the line continued to do well, too.

In about an hour, I caught and released nine trout on dry flies, when I had only caught three fish below the surface during three hours of fishing earlier.

On most days, fishing below the surface is my ticket to success, but by paying attention to what the fish were telling me they wanted, I had a blast catching fish on the surface.