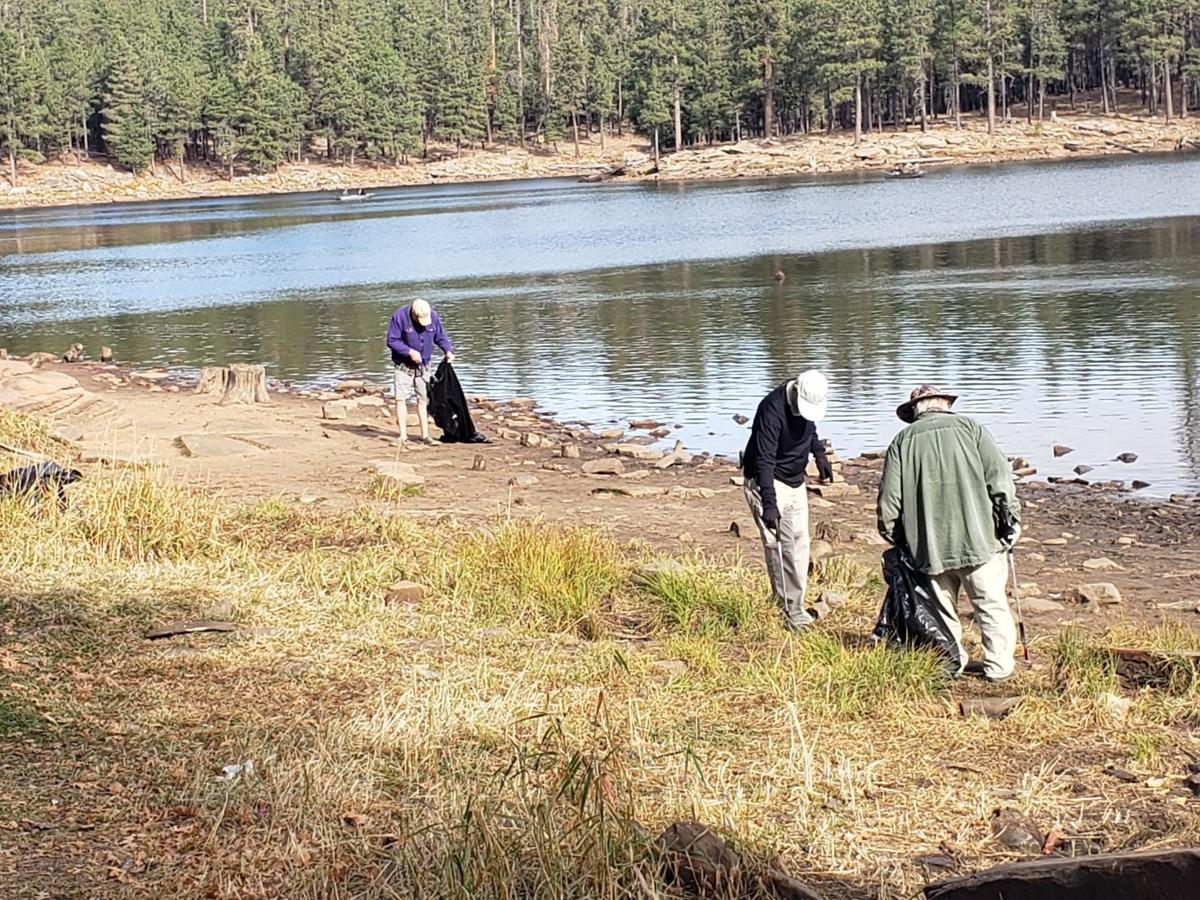 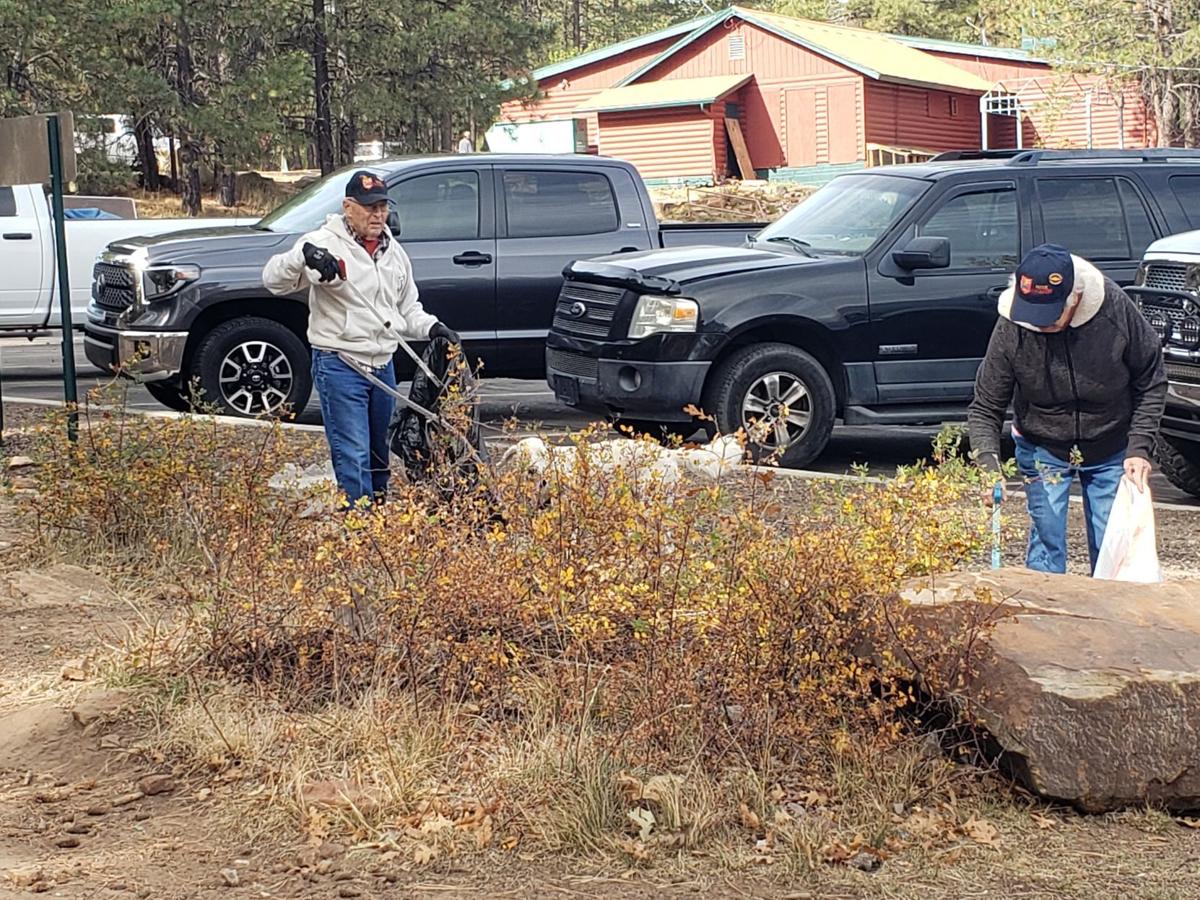 I have written previously about the threat that fishing line and trash poses to wildlife and fish along lakes and streams. The impact on shorebirds, waterfowl, eagles and ospreys is a significant concern.

Fifteen Trout Unlimited members, many from our own Gila Trout Chapter in Rim Country, and also from the Zane Grey Chapter in the Valley, and four members of the Payson Lions Club took part in a cleanup along the shores of Woods Canyon Lake. We picked up trash and a lot of fishing line along the south shore of the lake from the Rocky Point Recreation Area all the way to the Spillway Area of the lake.

It was a beautiful morning of work followed by some fishing for rainbow and tiger trout.

Anglers that we talked with appreciated the effort and commented on how much better the shoreline looked after we were done. It also gave us a chance to talk about the hardships that this trash causes to wildlife.

About 20 large bags of trash were collected. We planned a similar effort for Willow Springs Lake, but had to be postponed due to the recent rain, cold weather and winds this past weekend. We rescheduled that effort for the spring.

I appreciate the beauty of the many places to fish around Rim Country and often carry a trash bag with me when I fish. While ideally it would be great if folks pack out what they bring to our lakes and streams, we can all help if we will take a trash bag along when we use these areas.

Fishing for rainbows on Woods Canyon Lake has been good, but I have been unsuccessful with tiger trout so far this fall. I plan to try both Woods Canyon and Willow Springs lakes again in the next week, hoping that the cold front that passed through was enough to cool off the water to convince the tigers to move closer to shore where I can try for them with my fly rod. They are a beautiful fish and a lot of fun to catch.