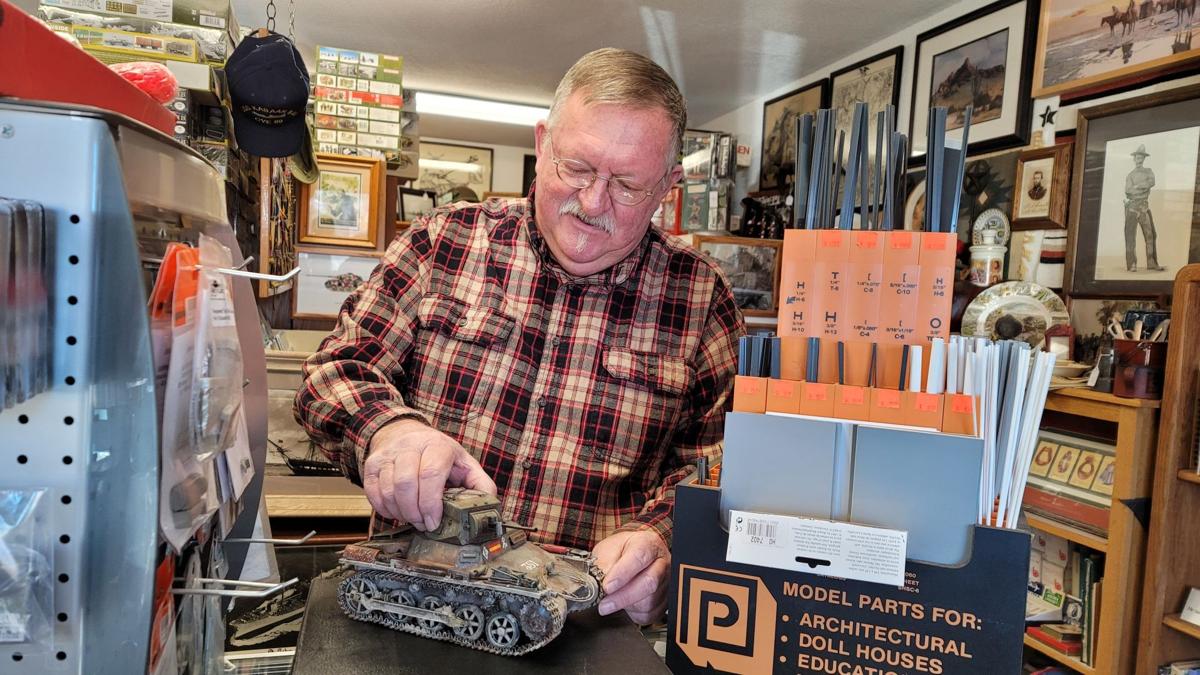 Bison 76 owner Terry Lowman with a model tank. He discovered his love for models and armored vehicles as a child. 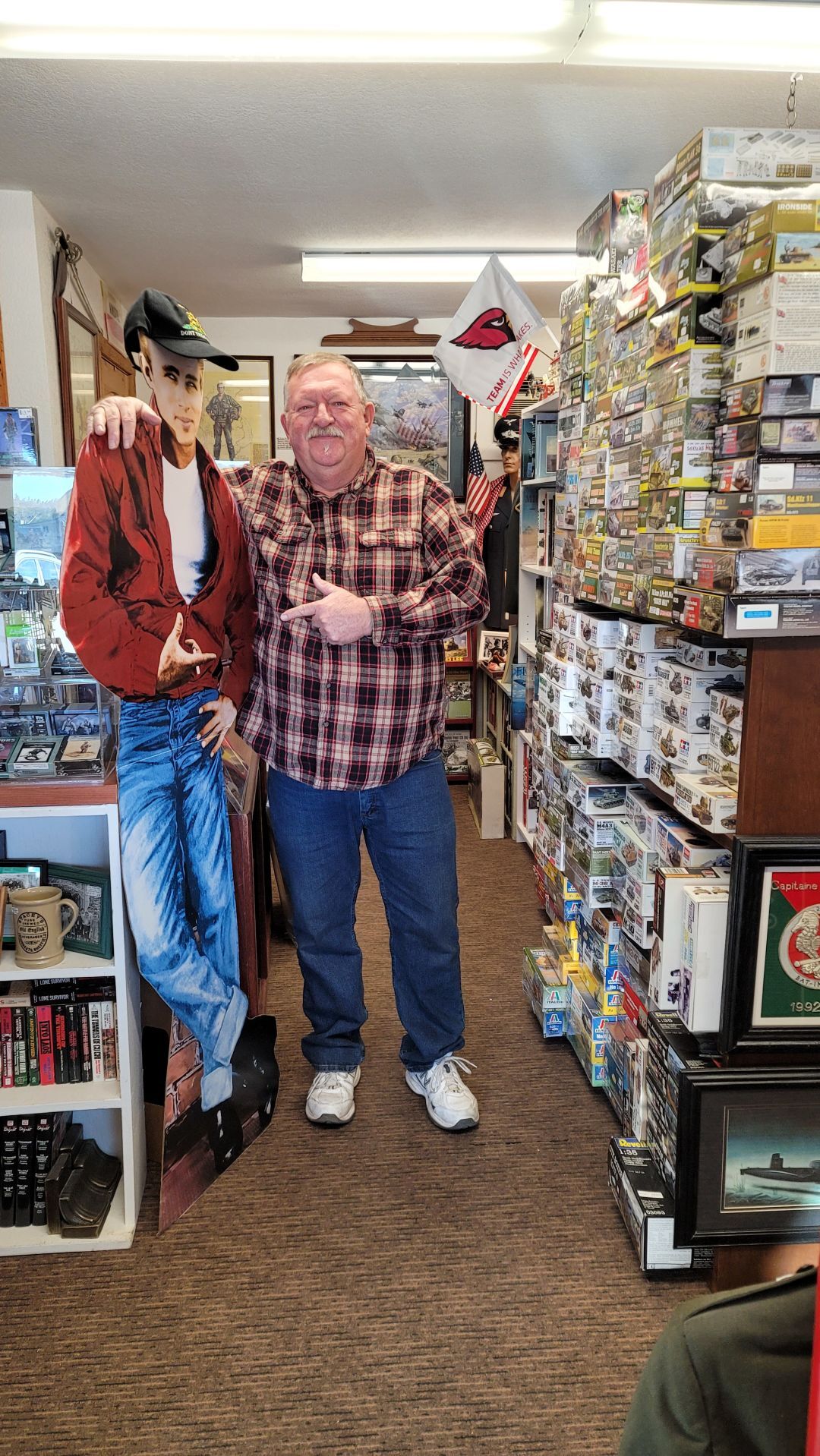 Terry Lowman with a cutout of James Dean. 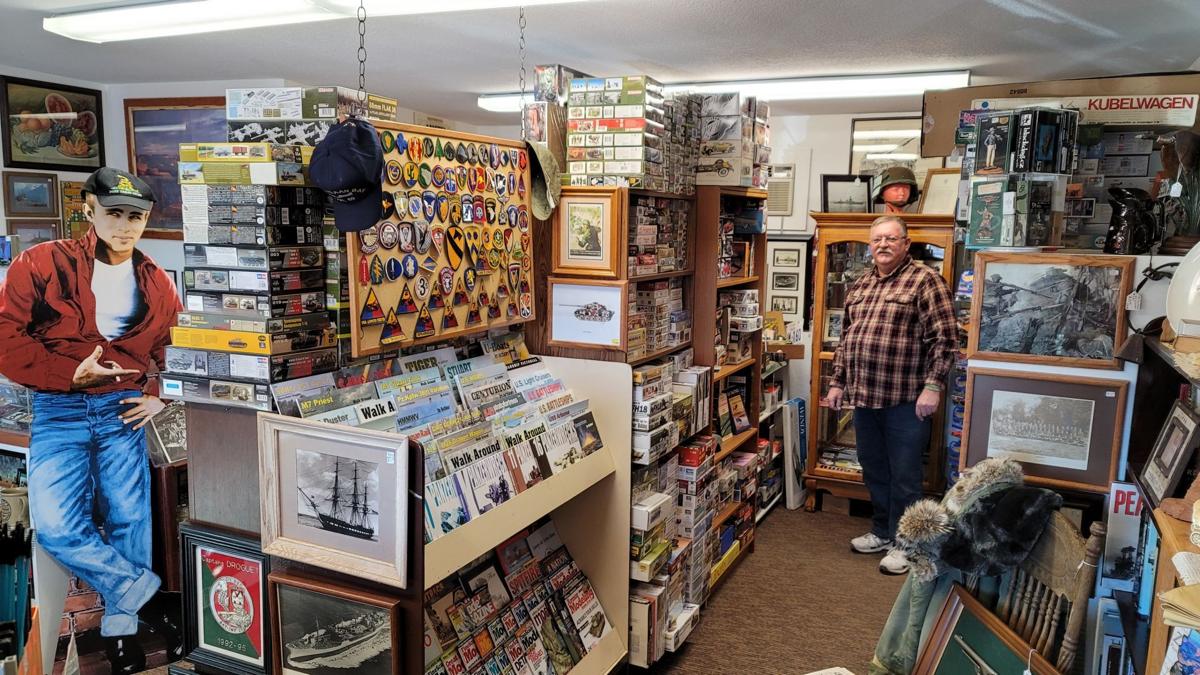 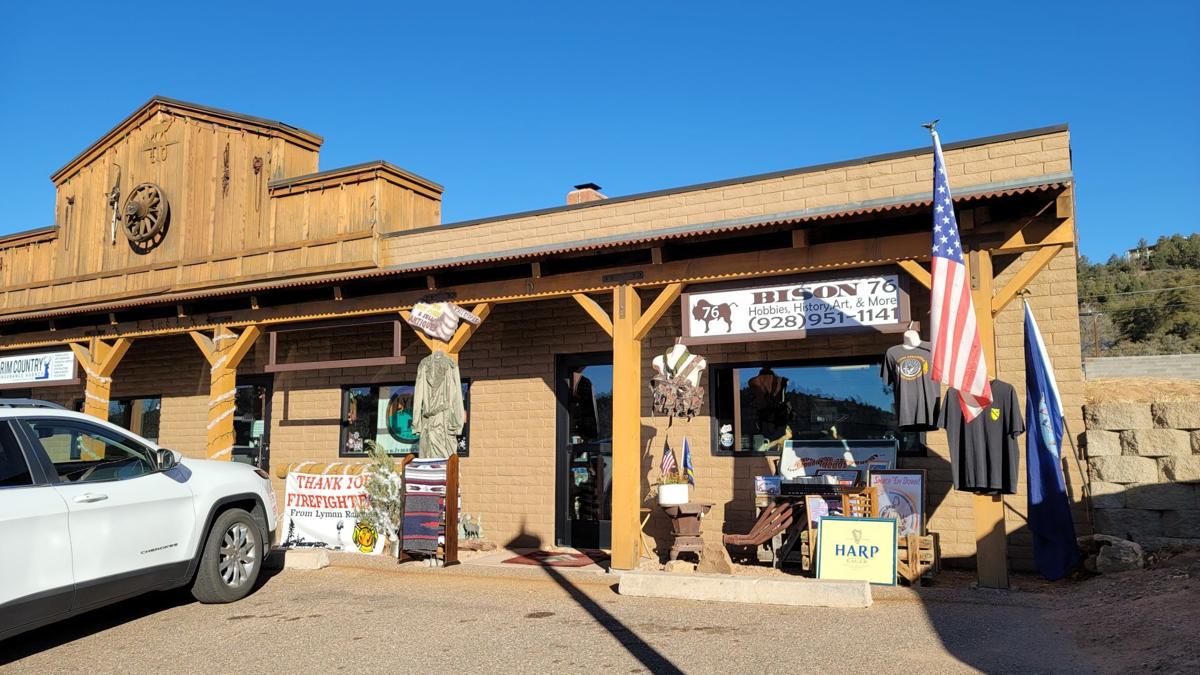 Bison 76 owner Terry Lowman with a model tank. He discovered his love for models and armored vehicles as a child.

Terry Lowman with a cutout of James Dean.

Terry Lowman received his first model kit as a 9-year-old and was hooked.

“My first thing was airplanes,” he said. “It was the 1/72nd scale, smaller stuff is what I was building as a kid. And somewhere along the way, I got a couple of tank kits. I got those for Christmas and I got the bug for the armor then and started building armor.”

That fascination with model armored tanks stayed with him.

He grew up in Houston, Texas, and spent more than two decades as an adult living in Austin, Texas. He enlisted in the Army after high school.

“I tried to get into the armor and almost got there,” he said. “I was put into a track vehicle 113 and I did armor reconnaissance. Later, I did end up in a tank at the end of my time in, but I’ve always just had a fascination for armored warfare and the development of the tanks and that kind of stuff.”

“I’m a real history nut,” he said. “I love history. I love true history. I don’t like revisionist history. People come up with theories about some of the events and they’re just not true.”

It’s the second business he has owned.

He formally owned Outcast in the Swiss Village, where he displayed his merchandise.

Lowman started displaying his merchandise at a multi-dealer shop called Cracker Crate in the Swiss Village when he arrived in Payson in 2006. He was there for three years before it closed. He then moved over to renting space at Granny’s Attic, where he also served as manager. He then opened Outcast before closing it and heading over to Explore the Attic, formerly known as Granny’s Attic, as manager.

He moved his stuff out of Explore the Attic and into his new space in September.

Lowman has won model-building contests in both Texas and Arizona, and business owners have commissioned him to build four different models for their display cases.

While living in Texas, Lowman traveled to model contests from Austin across Texas and sometimes Oklahoma and Louisiana before eventually moving to Payson.

“Myself and another guy did all these model kits and we would store them in his garage and we would go to the model contests and shows all around Texas,” he said. “It was a road show, and we were vending the model kits that way.”

He discovered Payson while living in Texas in 2004. His sisters lived in Payson.

“I came out for the (model contest) nationals in Phoenix with the hobby shop owner that I was working part time for in Austin,” he said. “My sisters lived in Payson, so I drove up here for two days after setting up my boss at the Convention Center in Phoenix. I fell in love with the place. I went back to Austin and tried to figure out, ‘How do I get out there and what am I going to do?’”

A landscaper by trade, he started a small landscaping business called Luna Mesa Landscaping. He worked in landscaping for “10 or 12 years” before moving full time into retail.

He and his long-term girlfriend, Myra Tanner, lived just a few miles away from each other in Texas (he was in Austin and she in Bryan-College Station). But they never met in the Lone Star State. They both just happened to wind up in Payson in 2006 and eventually met on karaoke night at a Payson bar.

Bison 76 is open from 10 a.m.-5 p.m. Tuesday-Saturday and Lowman says he’ll likely also be open on Sundays in the spring and summer as the weather improves and more tourists visit Payson.