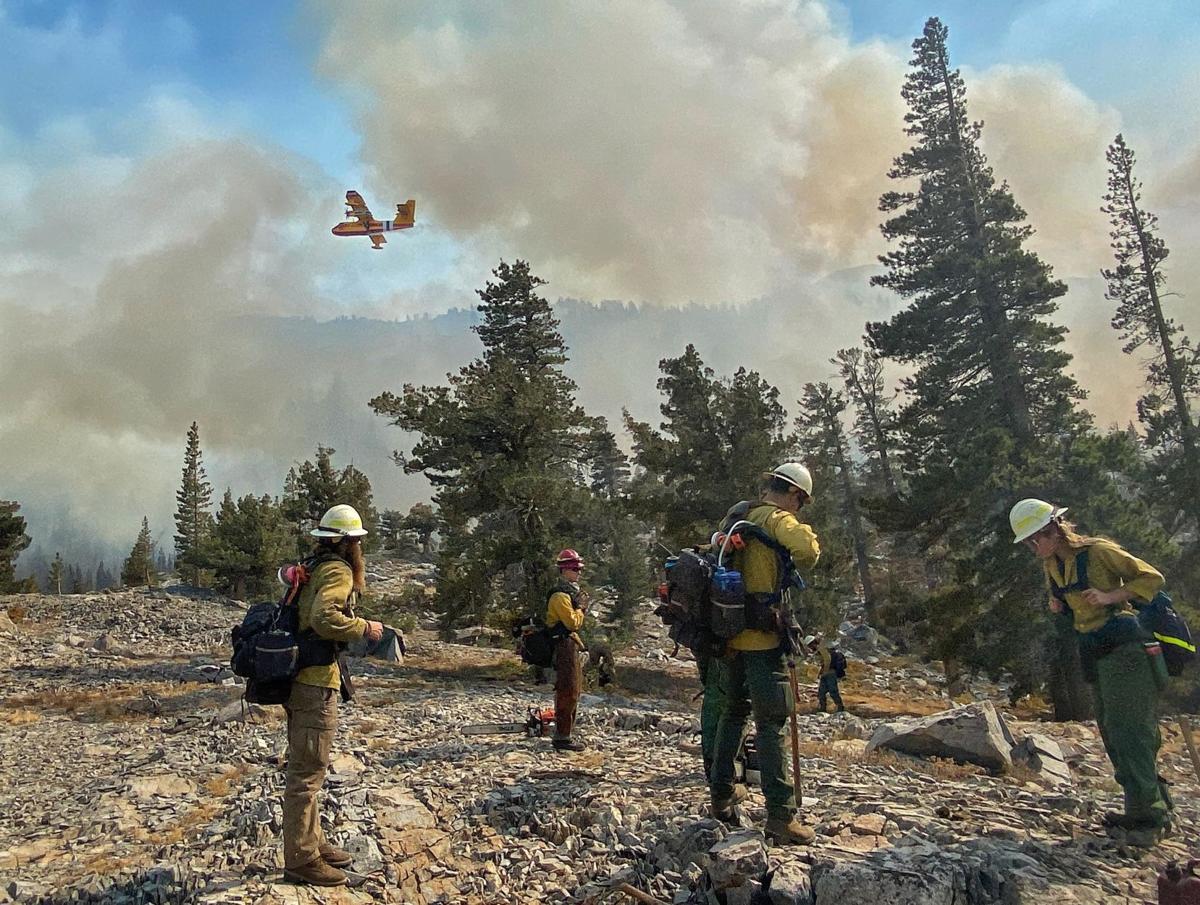 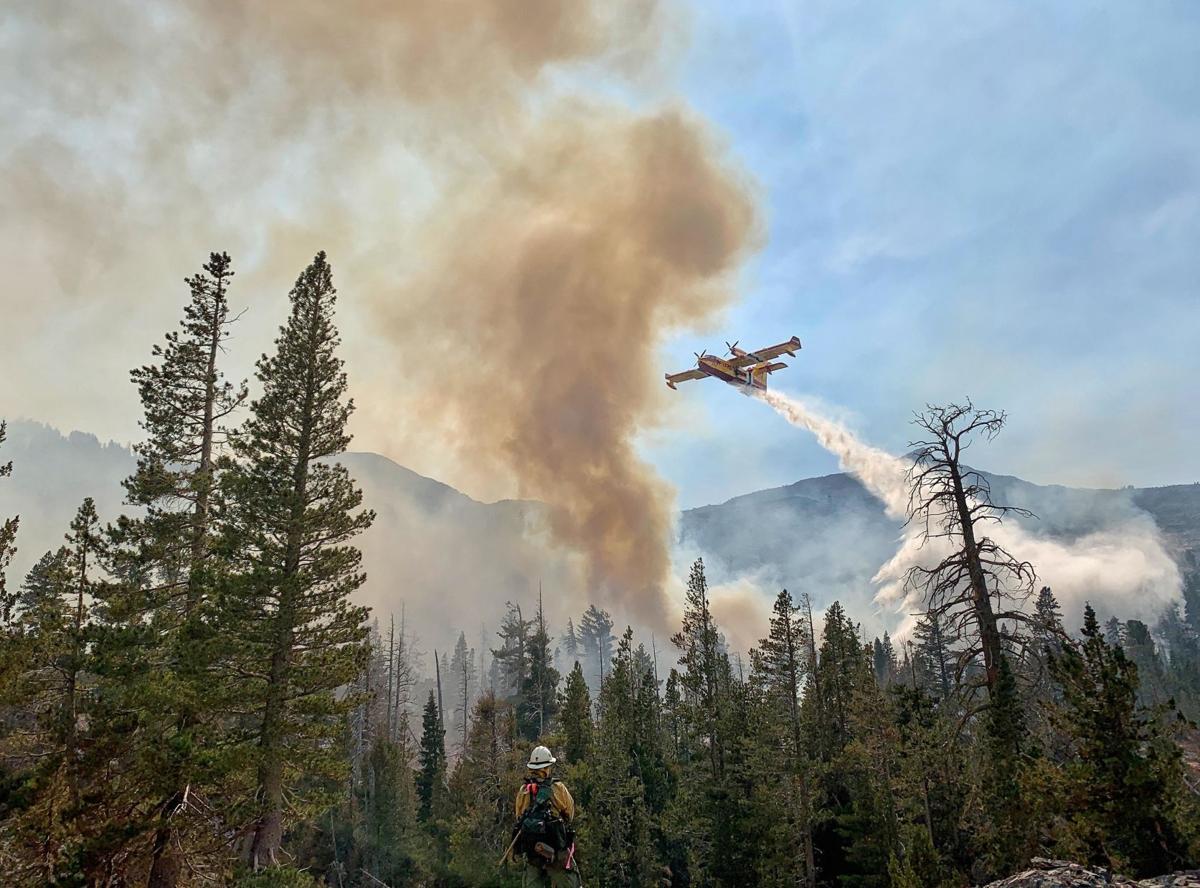 A super scooper drops about 1,600 gallons of water last week on the Caldor Fire while a firefighter watches from below. 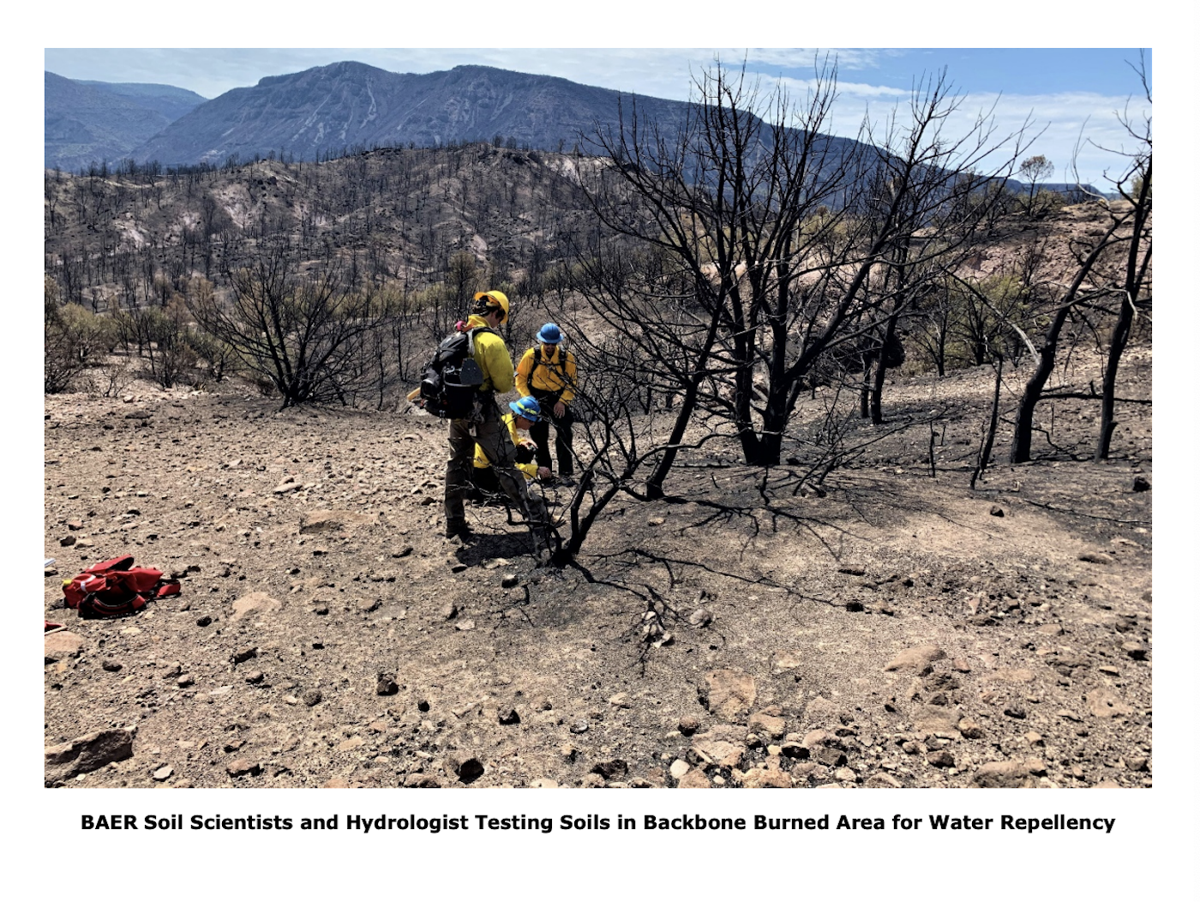 Testing soils in the Fossil Creek Canyon area for water repellency. Data will determine the threat from monsoon storms.

A super scooper drops about 1,600 gallons of water last week on the Caldor Fire while a firefighter watches from below.

Testing soils in the Fossil Creek Canyon area for water repellency. Data will determine the threat from monsoon storms.

The wonderfully wet monsoon is waning, with hot, dry conditions returning — with only the distant hope of another few, fragmented monsoon storms in the next two weeks.

Even in a normal year, Payson gets roughly 2 inches of rain in September, then 1.45 inches in October.

Unfortunately, the National Weather Service says the odds favor a warm, dry winter in Arizona — and perhaps an early return to the drought the wet monsoon has for the moment dampened in the Southwest.

The short-range forecast calls for above-normal temperatures and only a chance of scattered showers in the next week — mostly above the Mogollon Rim and on into the White Mountains.

Unfortunately, much of the rest of the West continues to swelter — without the benefit of monsoon showers. Last week some 43 large fires continued to burn in the West, including 12 in California, 20 in Idaho, seven in Oregon, 17 in Montana, four in Wyoming and 13 in Washington — as well as some of the biggest fires in California history.

The National Interagency Fire Center reports that large fires in the West have continued to grow by thousands of acres per day, despite the best efforts of an army of 23,000 firefighters. So far this year people have caused 38,000 wildfires and lightning strikes another 5,500.

Unfortunately, the drought and above average temperatures will linger well into the fall in most of the West — which means the fire season in California and elsewhere may continue into the end of the year.

About 60% of the West lingers in extreme drought, but only about a third of Arizona — mostly in northern Coconino, Apache and Navajo counties.

The monsoon delivered 50% to 100% more moisture than most areas in Arizona get in the summer. The frightening fires that forced the evacuation of Pine and communities near Globe seem like a distant memory now, thanks to the vagaries of the jet stream that drew wet air into Arizona from the Gulf of California and the Gulf of Mexico.

The lag in new storm systems in Arizona has at least eased the threat of flooding in Arizona. The National Weather Service issued more than 160 flash flood warnings since the onset of the monsoon on June 15, with floods claiming half a dozen victims — mostly in the lower desert areas. The summer sweltered across most of the state — but not as bad as 2020 — which ranked as the hottest summer on record in Phoenix, with at least 53 days hotter than 110.

The drought in most of the West on the heels of a dry winter have drained the Colorado River reservoirs — with the U.S. Bureau of Reclamation warning Arizona and Nevada will face water rationing on deliveries from Lake Mead for the first time ever.

Fortunately, the monsoon cushioned the impact of the drought for the reservoirs operated by the Salt River Project, including Roosevelt Lake.

Roosevelt Lake is heading into the winter almost 70% full, while the reservoirs on the Colorado hold only about a third of their capacity. Last week, the waning monsoon was still delivering about 1,102 acre-feet daily to the Salt and Verde reservoirs — about twice the normal flow.

Even the beleaguered C.C. Cragin Reservoir recovered a bit in the course of the monsoon. Last week, water levels had returned to 31% of capacity, compared to a low of about 20% before the monsoon set in. Unfortunately, if the winter is dry — the reservoir may not fully recharge by next spring. If that happens, Payson could miss a second year of deliveries from its $54 million investment in the C.C. Cragin pipeline.

And how do we know the forecast is correct? Remember, it was forecast that we would have a dry monsoon this year, while we had record breaking rainfall. Doom and Gloom is the only consistent mantra by the establishment. We have enough current challenges in our daily lives, we could use a positive upbeat article once in awhile.

remember everything is cyclical in our world. Look at the tree rings for confirmation. Also, the newest projection published is due to reduced sunspot activity, we are actually in line with a new global cooling trend. That was the forecast by all the published soothsayers when i was in high school, then those people flipped onto the global warming messaging, It was hot and dry in the "dust bowl days, became cooler and wetter, then warmer and dryer, then ??