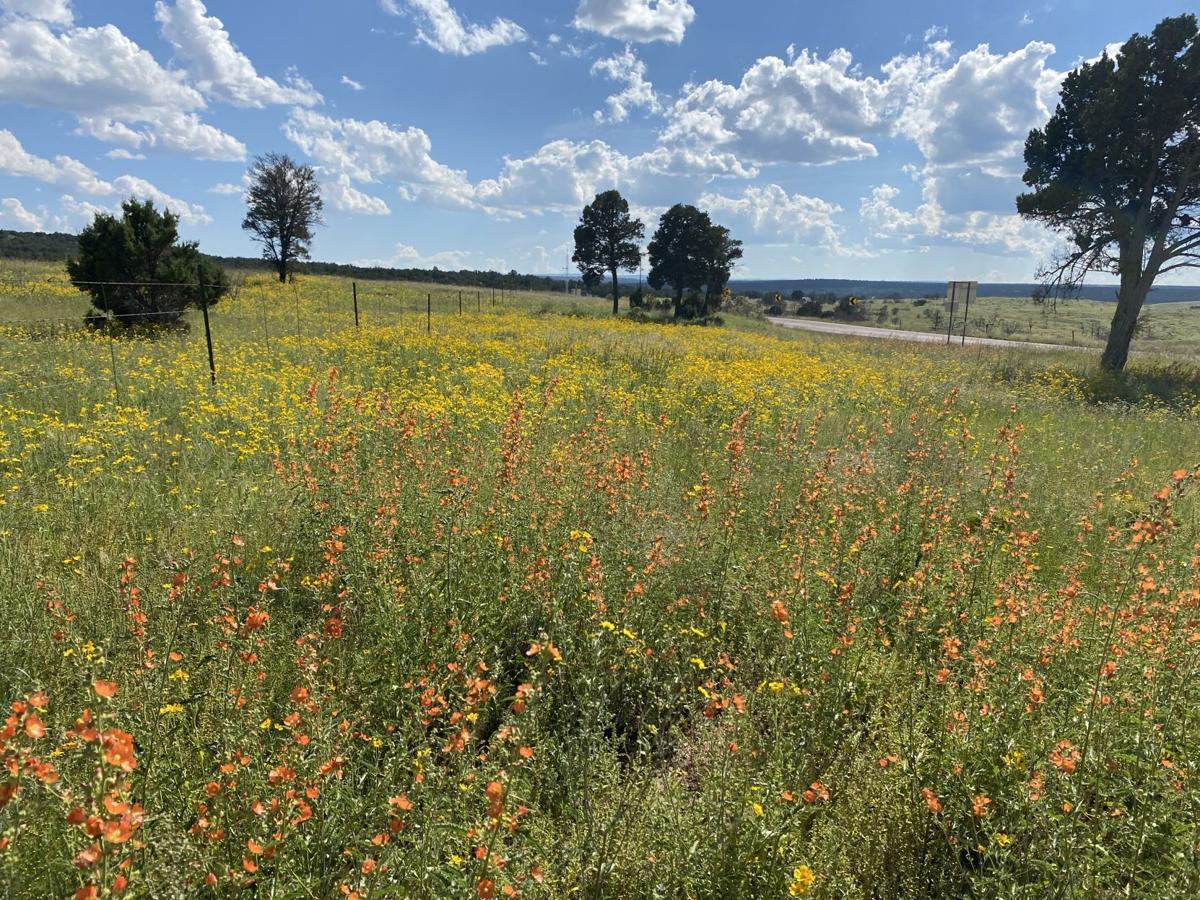 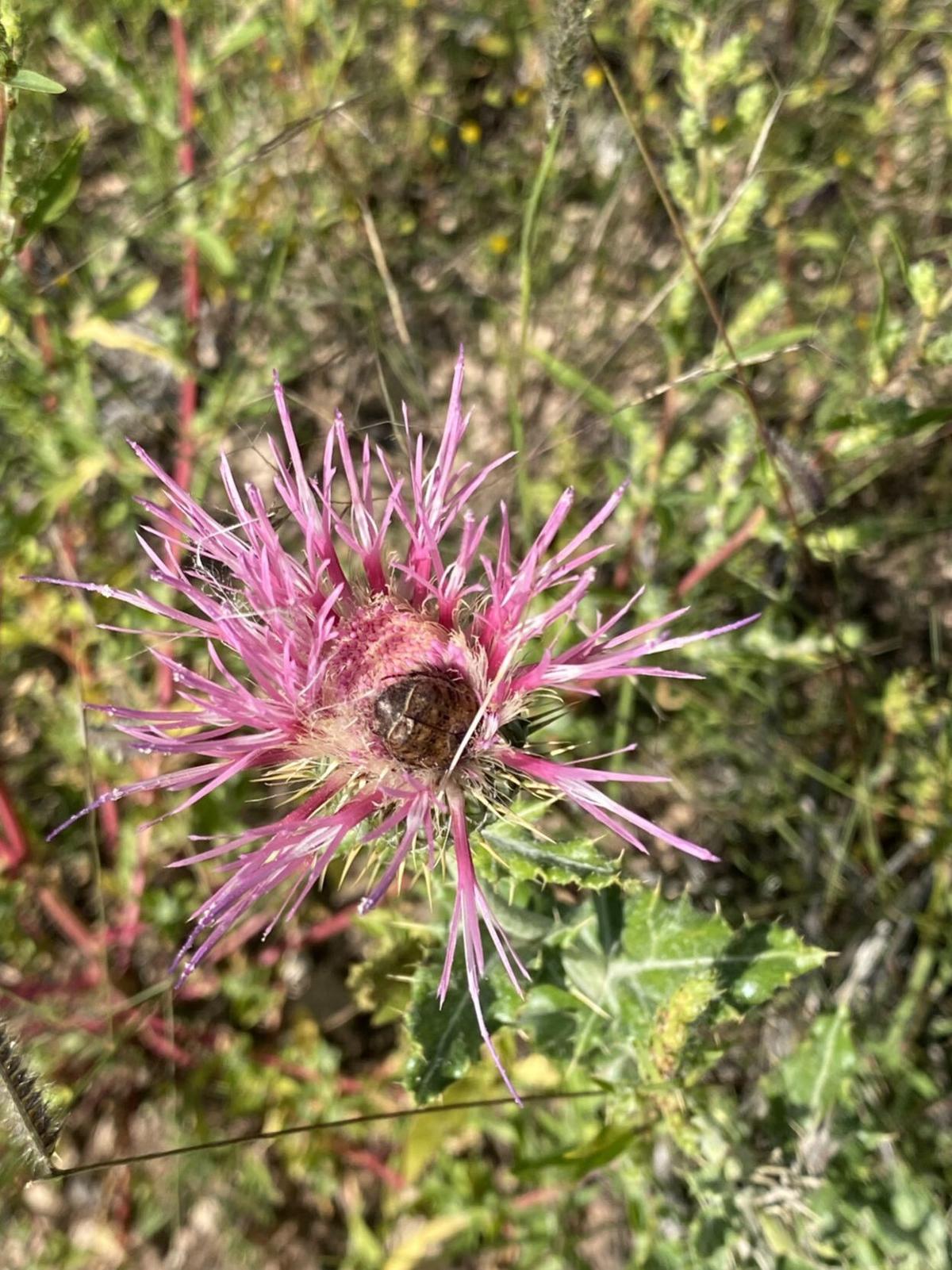 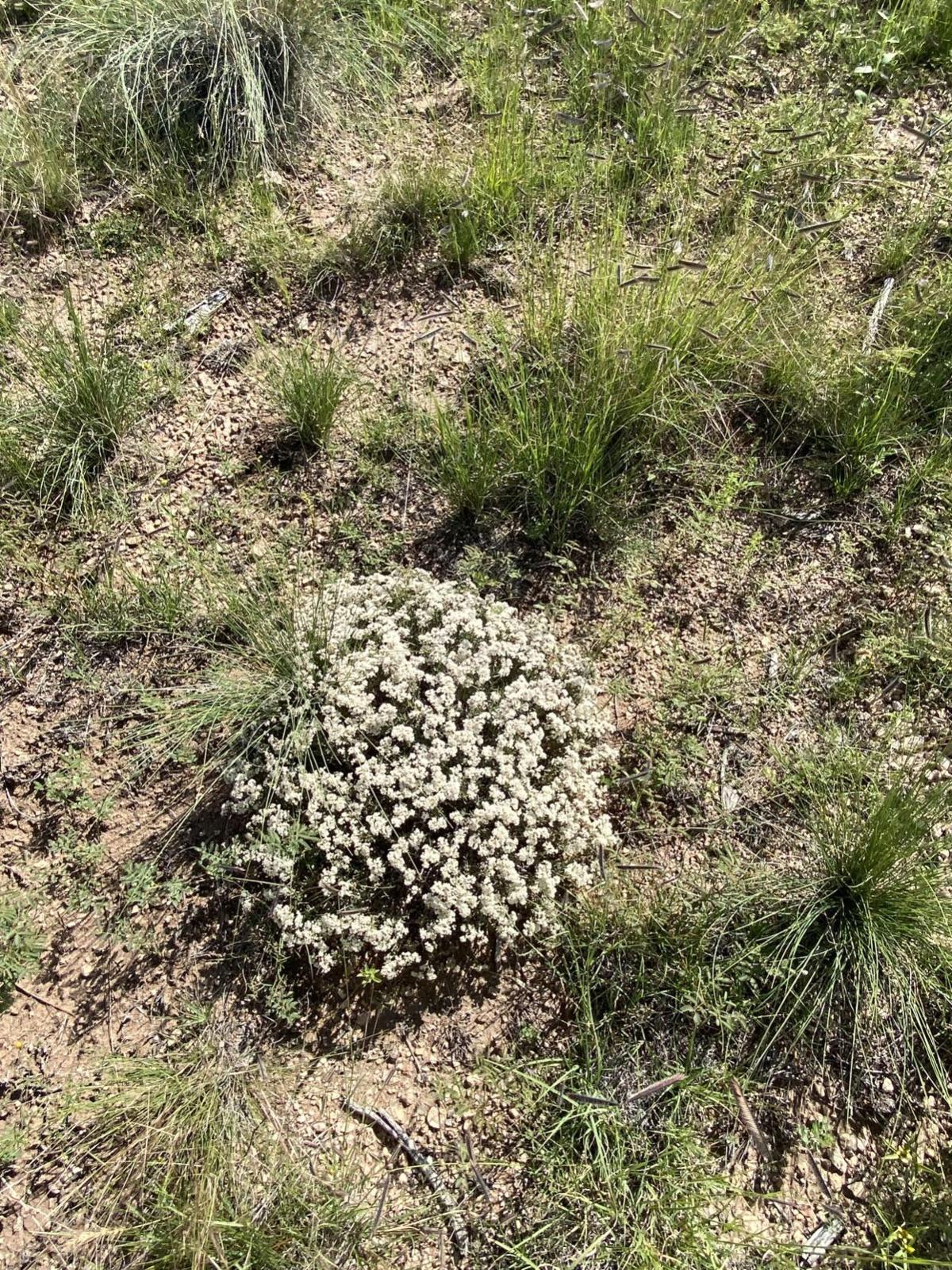 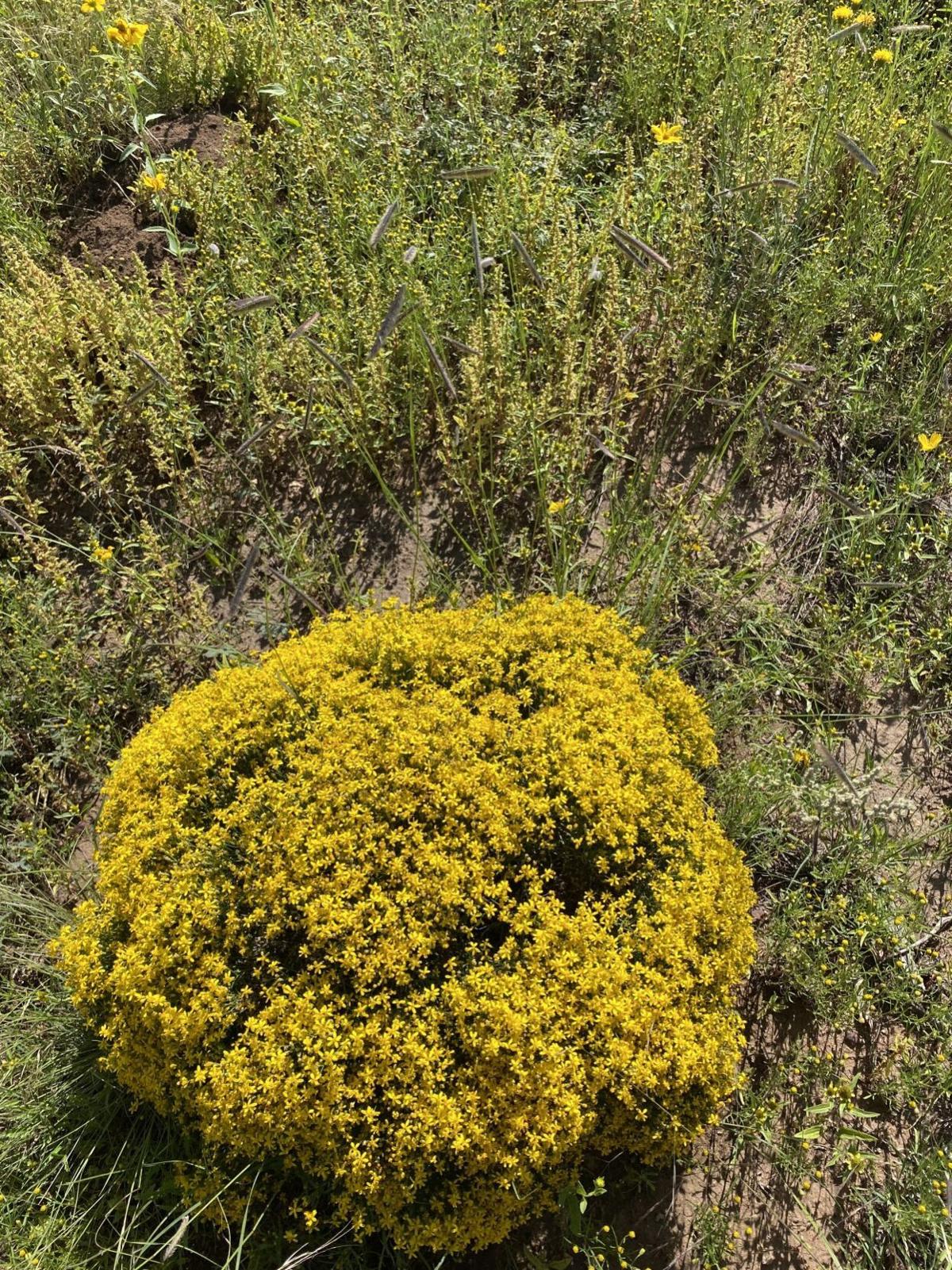 I finally have to pull over and grab my camera.

The flowers of the monsoon have materialized.

And I must offer myself up to amazement.

I’m on that barren stretch of highway between Heber and Holbrook, on an anniversary trip with my darling wife Michele — who married me five years ago in a profound lapse in judgment. As Abe Lincoln observed — you can fool some of the people all of the time ...

Anyhow, last time I drove this stretch of highway descending from the White Mountains into the great, dry plateau of the Painted Desert, it was all sand and sagebrush — dotted with grimly determined juniper.

But today it’s a riot of yellow and orange flowers — with spikey outcrops of purple thistle.

The monsoon has dumped half again its normal bounty on these implacably thirsty sands — punctuating a 20-year drought worse than the one that likely collapsed the civilizations of the Ancestral Puebloans, the Mogollon and the Hohokam 600 years ago.

The crafty wildflower seeds hiding in the dry, sandy soil have exploded, a riot of life. Thistle and globe mallow vie with perfect bouquets of tiny white and yellow flowers — a field of color in a normally bleak landscape.

It should not surprise me to find such a furtive, now furious, display even here in this parched, harsh place.

After all, it took flowering plants — the angiosperms — but an evolutionary eye blink to conquer the world. We mammals, birds and insects are merely flower parasites, stealing our livelihood from their brilliant innovations.

The angiosperms first appear in the fossil record some 130 million years ago, having perfected long-distance sex and one-night stands. They built on the accomplishments of gymnosperms — whose lineage goes back 300 million years. Gymnosperms now include conifers and cycads — but their species count has dwindled to 70.

So our world’s a gift of the flowering angiosperms, which make up 90% of plant species alive today — some 15,000 species. The flowering plants enlisted insects and bats to spread their pollen, creating an explosion in genetic diversity. Instead of self-pollinating or relying on the vagaries of the wind, the flowering plants used pollinators to dramatically accelerate their evolution. This allowed them to quickly adapt to every possible niche as they forsook the shelter of the coastlines and spread across the continents.

The explosion in plant diversity made possible by the flower transformed the whole web of life. This eventually made possible upright walking primates capable of gratitude to flowers — not to mention charging bouquets on credit cards.

So at Michele’s urging, I pull out at the first wide spot, grab my camera and head out into the suddenly verdant high desert.

I plop down in front of a patch of globe mallow — a riot of apricot-orange flowers on two-foot stalks, a July 4 explosion of color. The leaves are three-lobed and rounded, with artfully scalloped edges. They bloom in spring and then again in late summer in a good monsoon year. Their leaves are covered with little hairs, which harbor a toxin that can make your eyes itch like crazy. The hairs likely discourage grazers — like antelope or whitetail deer or even cattle. That’s why some wits have dubbed them “sore eyed poppies.” It could also explain why globe mallow’s one of the rare survivors among the native perennials on Arizona overgrazed rangelands.

Meanwhile, a couple of beautiful, alien-looking, gloriously purple thistles have sprouted amongst the globe mallow.

Assorted species of thistle are officially classified as noxious weeds in about 40 states. They can cause nitrate poisoning in cattle and sheep. The Arizona species have become rare enough that most people largely ignore them — leaving them to flower in their spikey, anti-social splendor. Relatives of the sunflower, various species of thistle can produce 6,000 seeds per plant, each of which can survive at least nine years in the soil without sprouting. When conditions are right, thistle can produce four tons of green weight per acre — and crowd out other plants.

However, the native bees love them. So do the hummingbirds — and even the nectar-feeding bats. Legions of butterflies and moths flitter about their purple petals — including increasingly endangered Monarch butterflies. Insects gather their durable fibers for nesting material — and the larvae of moths and butterflies get their start on thistle leaves. Their scientific name stems from the Greek Kiros — for “swollen vein or welt.” Sure enough, the Greeks used medicines concocted from thistles to treat swollen veins and injuries.

Finding them here — with the globe mallow and this bounty of other flowers seems like a miracle to me. They sprouted here in the last wet year and scattered their seeds in the unpromising soil — patient, hopeful and undaunted.

And now they have gifted me the afternoon, with its distant pillars of not-quite-monsoon clouds. Bees have found their way here from some secret place — and half a dozen different butterflies flitter at the edge of my vision — faithful to an ancient partnership that has made the world safe for creatures like me.

Michele wanders among the flowers, putting them to shame. She talks openly to the blossoms — but casts a wary eye on the bees. It was another sort of miracle that I found her — someone even more likely than I to pull over in a field of flowers.

So I sit awhile and count my blessings — the bees, the blooms and the happy discovery of a woman who’s both a fine judge of flowers and a poor judge of men.