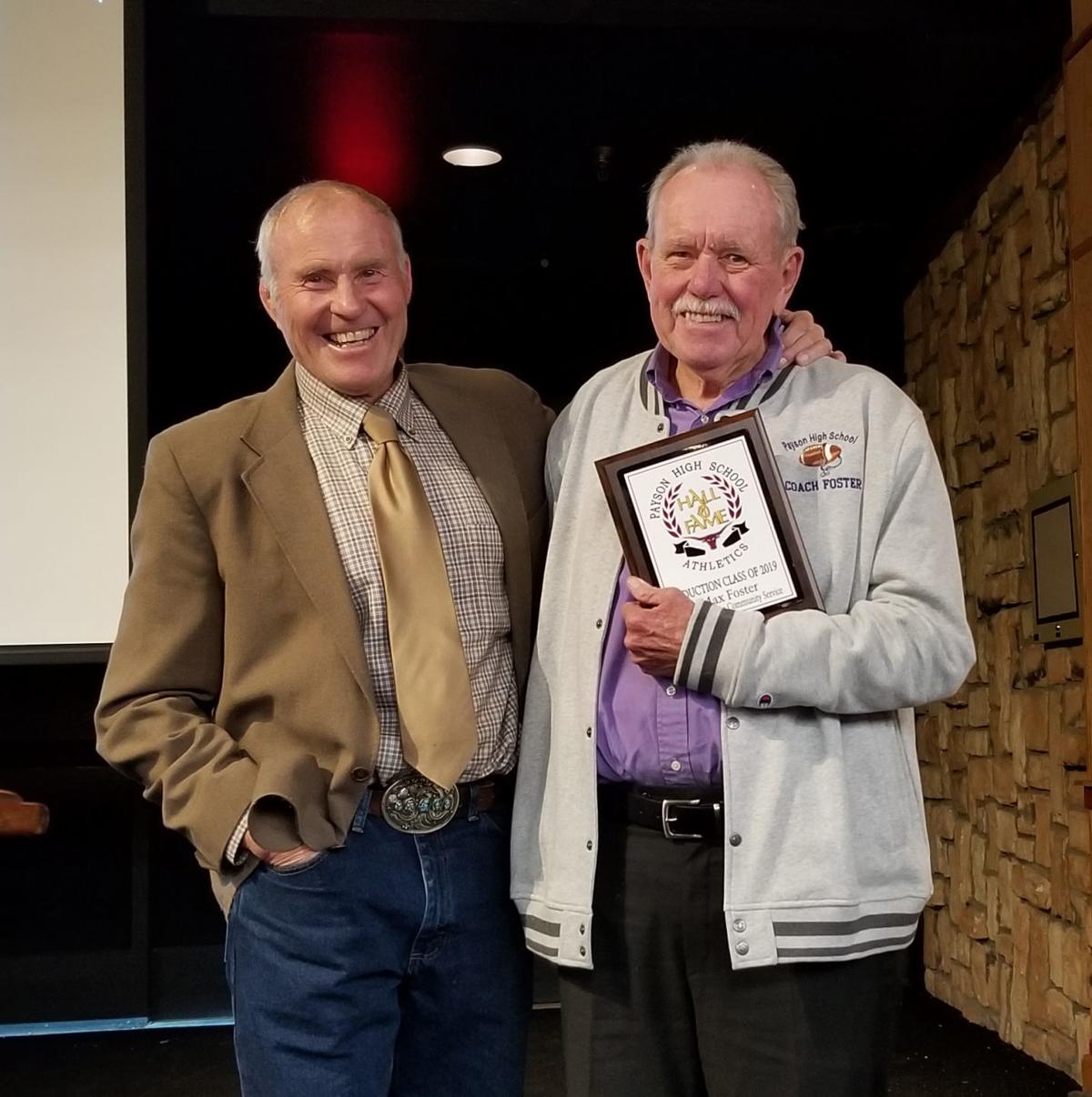 Dennis Pirch (left) presented to Max Foster as Foster joined four other individuals and one team in the Payson High School Athletics Hall of Fame Class of 2019 in the annual banquet and induction ceremony at Mazatzal Hotel & Casino. See more photos at payson.com/multimedia. 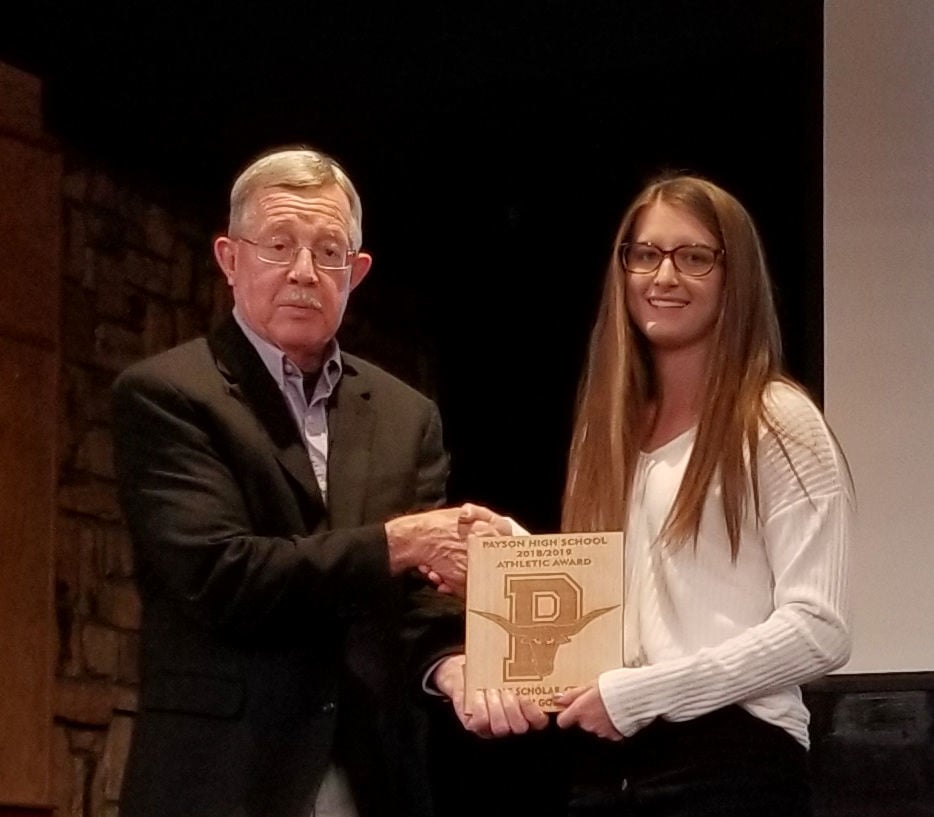 Dennis Pirch (left) presented to Max Foster as Foster joined four other individuals and one team in the Payson High School Athletics Hall of Fame Class of 2019 in the annual banquet and induction ceremony at Mazatzal Hotel & Casino. See more photos at payson.com/multimedia.

The Rim Country community came together to celebrate the induction of five individuals and one team into the Payson High School Athletics Hall of Fame in the annual banquet at Mazatzal Hotel & Casino on Nov. 2.

Former PHS track coach Dan Reid presented four of the six inductees. He is a member of both the PHSAHOF and the Arizona Coaches Association Hall of Fame.

Chilson starred in football, basketball, baseball and track at PHS. Dan Reid recalled how competitive he was.

“He was anchoring a relay, and he got the baton in last place and he would not have that,” Reid said. “He completely exerted himself to win that relay and pulled a quad and we kind of dealt with that pulled quad all season long. But he would not be denied.”

Hochstetler stood out in football, basketball, and track. Reid said he wasn’t sure what kind of track athlete he would get in the spring after he moved to Rim Country from Michigan, but found out quickly that he would be a standout.

“He came in as a sophomore and said as a freshman he ran a 2:01 half mile, which is pretty good. But anyone who’s a coach understands that people say things that aren’t always true. You got to prove it on the field or on the track or whatever. Everybody’s an all-star when they came in but when you see them compete they might not be that all-star that you thought.

“So I was real excited when I saw how well he played football and basketball; I said, ‘This guy may be legit.’”

Hochstetler became the first PHS track athlete to earn a track scholarship to a Division I Power 5 school, Stanford.

Darren Reid starred in basketball and track. He and his father become the first father/son duo inducted into the PHSAHOF.

Darren was named Arizona’s Gatorade Athlete of the Year as a senior and set an NAIA national pentathlon record at Oklahoma Baptist in 1994.

His father read what Darren’s older brother, Todd, wrote about him for the event.

“He was not a very big kid in high school. He looked like somebody’s little brother. And I think he kind of liked the challenge of going up against the big kids and beating them.”

“He never saw a three-pointer he didn’t like,” Dan said.

Former Payson High wrestling coach Dennis Pirch, himself an inductee into both the PHSAHOF and the Arizona High School Athletic Coaches Hall of Fame, presented Foster. He praised the way he promoted the accomplishments of PHS student-athletes and teams in his role at the Roundup.

“When athletes succeed, the school succeeds,” Pirch said. “He understood that. Wrestling is considered a minor sport and Max was critical in making wrestling big here.”

She was on the first team he coached at Payson and he just expected it would always be like this with an athlete as good as she was every year. It didn’t take long to realize those kinds of athletes don’t come along very often.

“So you don’t appreciate athletes like Maddie until they’re gone,” Ball said.

The event began with Ormand announcing the Payson High Athletic Awards for the 2018-19 school year.

“Anytime we can recognize scholar athletes in the community it’s a big deal,” Pirch said.