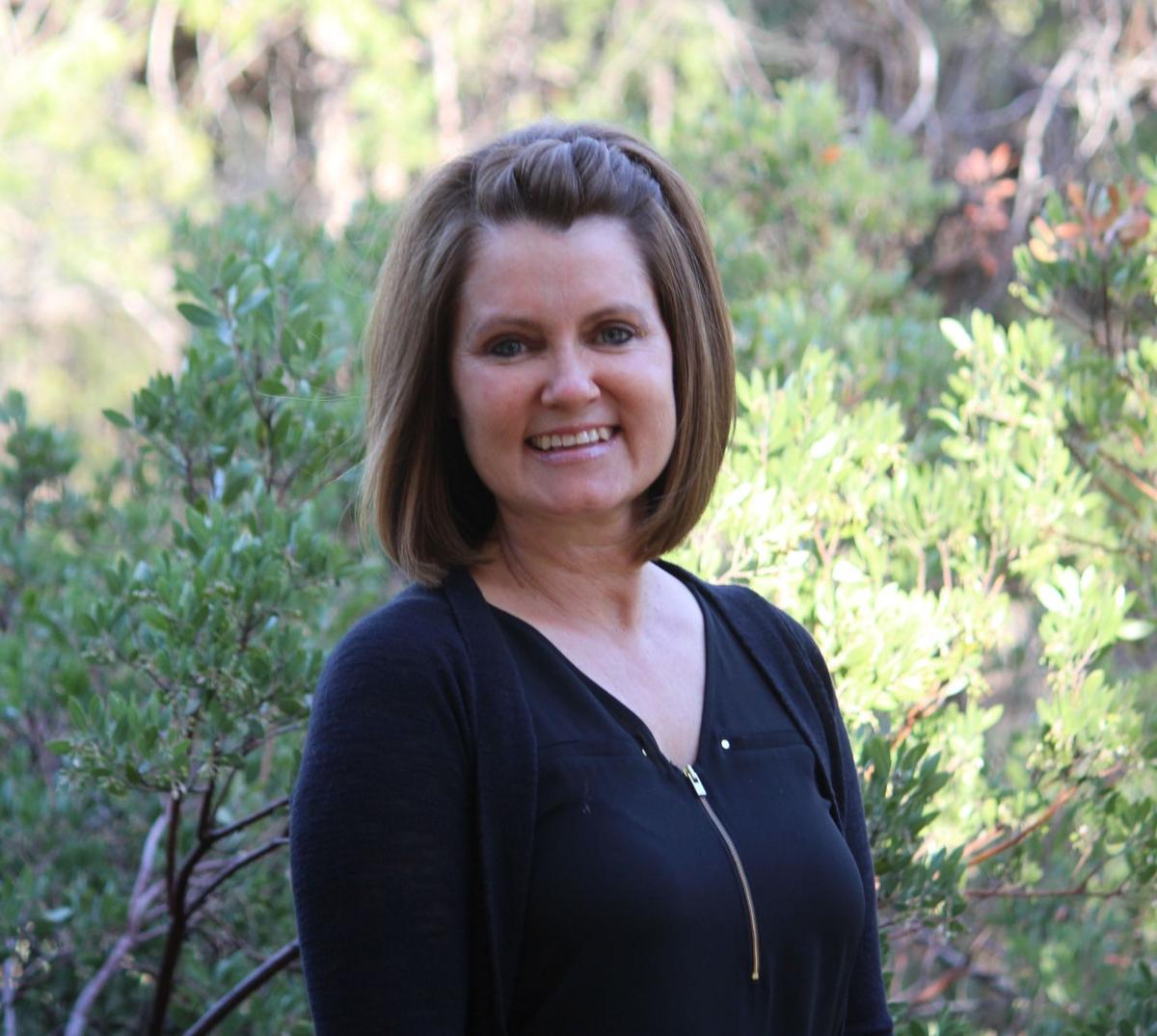 School board member Jolynn Schinstock said, “I love the idea of a four-day week, but I want to be sensitive to the people that it might pose a problem for. Like what do you do with those kids who need a place to go on Friday. If you could maybe focus on that.” 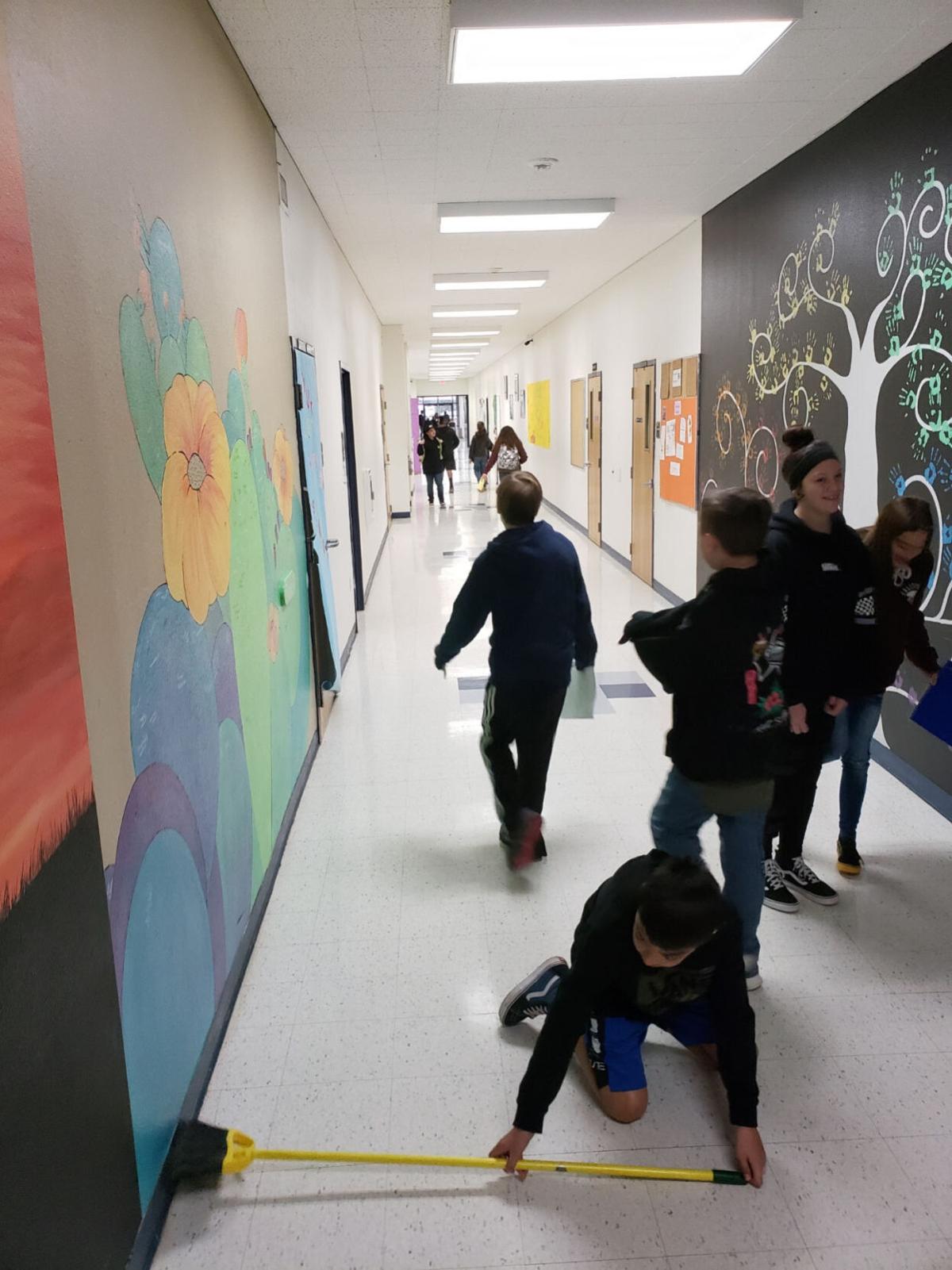 Students use a broom to measure the length and width of a hallway at RCMS.

School board member Jolynn Schinstock said, “I love the idea of a four-day week, but I want to be sensitive to the people that it might pose a problem for. Like what do you do with those kids who need a place to go on Friday. If you could maybe focus on that.”

Students use a broom to measure the length and width of a hallway at RCMS.

The Payson school board will consider shifting the district to a four-day school week next year.

The move comes in response to a parent and staff survey showing broad support for a four-day school week — with perhaps half an hour of class time added to four days and no class at all on Friday.

The district has been operating with what amounts to a four-day class week off and on all year — both when in distance learning mode and when back to in-person classes. But that schedule has devoted Friday to “reteaching” and one-on-one intervention to help struggling students. The proposed four-day schedule would not offer such interventions on Fridays — but could open campus to many extracurricular activities.

The board discussed the idea at a study session and public hearing this week and will likely make a decision in June.

Some 560 districts in 26 states nationwide have shifted to a four-day week, including 43 districts in Arizona. Mostly, the trend has affected small, rural school districts — especially in Colorado, New Mexico, Idaho, Oregon Oklahoma, Montana and South Dakota, according to a report by the Center for Reinventing Public Education (https://www.crpe.org/sites/default/files/crpe-what-do-we-know-about-four-day-week.pdf). Even in states with a lot of little districts on a four-day week, only about 13% of students attend schools on the shortened schedules.

Superintendent Linda Gibson told the school board on Monday that the cost savings would be minimal.

“The four-day schedule offers minimal cost savings. Many four-day schools do have their hourly employees work less — but I would not advise doing that to our employees, especially in the first year. If you want to talk about cost savings, we’d need a full year to look at it.”

Finance Director Kathie Manning agreed with Gibson saying it would be a “nightmare” to quickly shift faculty and staff to a four-day week when it came to calculating benefits, vacation and salary — unless the district found a way to ensure paid hours didn’t change.

Research at schools that have shifted to a four-day week also suggests the shift has only minimal and inconsistent impact on student achievement — either positive or negative.

“Overall, the data says it’s not generalizable — there isn’t enough data,” said Gibson. “It usually doesn’t have a lot of impact on student achievement.”

Board member Jolynn Schinstock said she’s a fan of the idea. “Safford went to four days and it was very successful.”

“Show Low and Round Valley too,” said Gibson.

“I love the idea of a four-day week,” said Schinstock, “but I want to be sensitive to the people that it might pose a problem for. Like what do you do with those kids who need a place to go on Friday. If you could maybe focus on that.”

On the other hand, Charlotte Carlisle, said districts in Wyoming had a bad experience with the shift to a four-day week. “Test scores plummeted. The children need so much time on task, you can’t cram it into a longer school day. The next year they had to go to six days to bring the test scores back. They did plummet.”

Gibson said it would be difficult to tease out the impact of a four-day schedule on student test scores — especially given the ongoing flux in the required tests used in Arizona. “With a four-day week you might be able to compare benchmark data — but change always causes a little bit of a ripple — in fact all over the place. But I don’t know if you could compare that.”

The Center for Reinventing Education report included contrasting examples of the impact of a four-day week. The report noted that the four-day week has waxed and waned for decades in mostly rural districts — usually mostly as a way to cut costs. However, in practice, the shorter schedule has only reduced costs by an average of between half a percent and 2.5%.

The impact on student achievement has been much more variable, with some districts reporting a rise in scores and some reporting a drop.

“Superintendents said that the schedule fundamentally altered the community’s way of life, and that because of its popularity among teachers and families, it was difficult to return to a five-day schedule,” the report concluded.

A handful of well-constructed studies on the impact on student achievement have yielded mixed results — trending toward a “neutral impact.”

One Oregon study documented an initial decline in test scores, especially among minority and low-income students. However, after four years the difference had disappeared when compared to five-day-a-week districts.

Another Colorado study documented an increase in juvenile property crime — especially a 73% increase in larceny. However, drug-related and violent crimes involving juveniles did not increase. Curiously, the spike in property crime came on all five days of the week — not just the day school was not in session.

The report concluded that the seemingly contradictory results might stem from the wide variation in how districts managed the shift to a four-day week. In some districts, teachers had a lot of training and made changes in how they taught given the longer, fewer class periods. In other districts, teachers had “little time or support to adjust their curriculum to longer class periods and a three-day weekend.”

Overall, the mostly anecdotal studies suggest that parents and teachers generally like the four-day schedule, with its built-in abundance of three-day weekends.

The report concluded, “Proponents of four-day school weeks say that even though cost savings are minimal, they are achieved. Anecdotal evidence also suggests that attendance improves; parents and teachers can schedule doctor’s appointments and other weekday commitments for Fridays rather than during school days. District administrators also claim that the appeal of a four-day work week helps recruit teachers in areas where it is consistently difficult to attract new staff.

“Opponents argue that longer school days are difficult for students, particularly those in elementary grades. Four-day school weeks can also pose a challenge to families who are unable to find affordable, enriching care arrangements on the fifth weekday. Further, students who are food insecure may not have access to sufficient meals during the off day. If optional activities are offered by schools on the fifth day, lack of transportation could limit access.”

Gibson concluded the discussion by suggesting working on the details of the proposal and bringing it back to the board for possible approval in June.

“I’m hearing from you to proceed forward with more information,” she said, which would likely include a student survey. “With that, we will put more details in a formal presentation for our June 7 board meeting — with another public hearing. That item would be on the board agenda to vote on.”