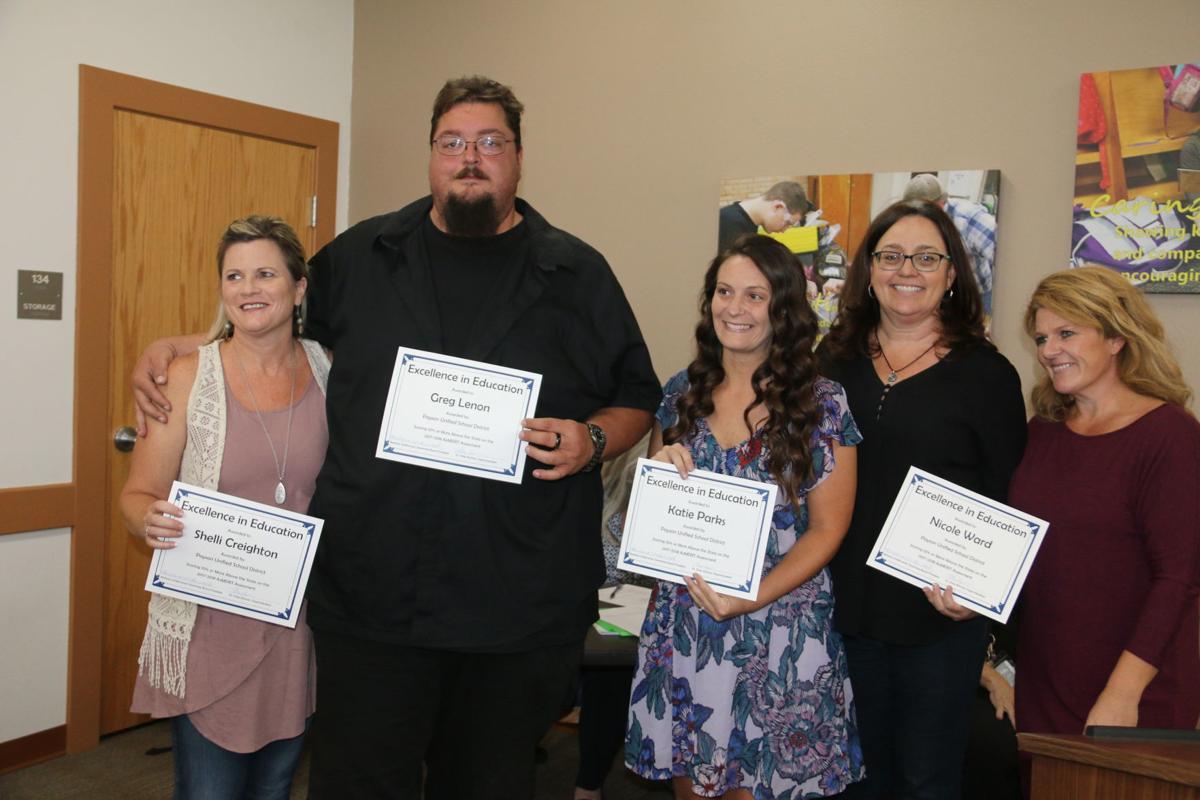 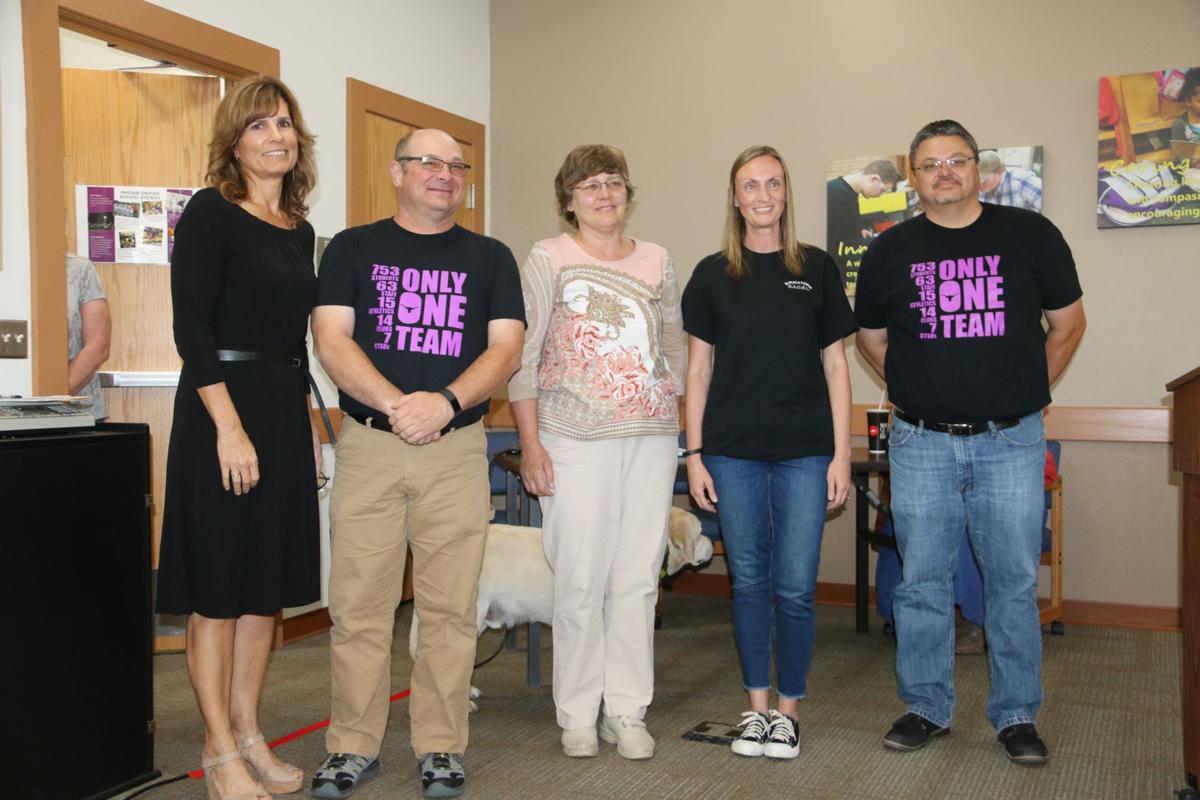 Several of the “exemplary” Rim Country Middle School, Payson High School and Payson Center for Success teachers attended a recent school board meeting to receive recognition for helping their students score 10 percent above the state average in the AzMerit testing in 2018.

Several of the “exemplary” Rim Country Middle School, Payson High School and Payson Center for Success teachers attended a recent school board meeting to receive recognition for helping their students score 10 percent above the state average in the AzMerit testing in 2018.

The public recognition for teachers whose students scored at least 10 percent above the state average on the 2018 AzMerit test came in the wake of a report indicating that one in four teacher jobs this year are either unfilled or filled by someone without the normal credentials and training in the subject.

But first the good news.

Payson High School and Payson Center for Success have a host of teachers whose students beat the state average in the AzMerit test for their subject and grade level.

Payson Unified School District Student Achievement Director Brenda Case commented, “We are honoring professors who ARE the ultimate student motivators, the masters of hard work and the heroes who do not fear a challenge.

“They are not only masters of content, but teach students how to learn successfully. This is an art and the science of explicit strategic instruction. The outcome is high student achievement.”

After years of stagnant pay, almost all the district’s teachers this year got a 10 percent pay raise. However, the raise was spread equally throughout the entire staff. The district’s merit pay system also ensures that virtually every teacher also received a merit pay bonus this year — with no adjustment for the teachers whose students got higher test scores.

The statewide pay raise for most teachers and the end to years of deep cuts has so far done little to reverse a growing shortage of traditionally trained teachers. The Arizona Legislature responded to the shortage last year by effectively waiving most credentialing and training requirements for most classroom teachers. This year, the Legislature approved a 20 percent pay raise phased in over the next three years. However, despite the increases in overall education funding in Arizona in the past two years, the state is still spending about $1 billion less in inflation-adjusted dollars than it did before the recession.

A report by the Arizona School Personnel Administrators Association this year surveyed 178 school districts and charter schools, which said they still needed to fill 6,227 slots for teachers four weeks into the school year.

Districts have filled about half of those slots with interns and people with emergency credentials, which means they don’t meet the normal training requirements in their subject matter. Another 1,500 slots were filled with long-term substitutes while about 1,500 remain vacant.

The number of classroom instructors without the traditional credentials has increased about 400 percent in the past several years.

Meanwhile, 350 newly hired teachers have already quit and another 100 never showed up for the first day of work.

However, the number of unfilled vacancies actually declined by about 1,000 from the year before, according to the report.

PUSD Superintendent Greg Wyman said the district managed to fill all its teaching slots this year, without a heavy reliance on long-term substitutes or emergency credentials. Payson generally has teachers with a couple of years more experience than the state average, although they generally get paid below the state average, according to data from the Arizona auditor general’s school report card.

The pay raise for teachers this year came after educators statewide staged a strike that in Payson closed school for two days. Teachers converged on the state Capitol during the budget deliberations, prompting lawmakers to put the first sizable infusion of new money into school since making the deepest cuts in the nation during the recession.

Teachers backed the Red for Ed movement which also circulated petitions to put on the ballot a measure that would have boosted the state income tax rate on incomes above $250,000 from about 4 percent to about 8 percent — generating enough money to replace all the cuts made since the recession on a per-student basis. However, opponents successfully challenged the signature petitions. A judge agreed the language on the petitions didn’t accurately describe the size of the tax increase that would result from passage of the proposition.