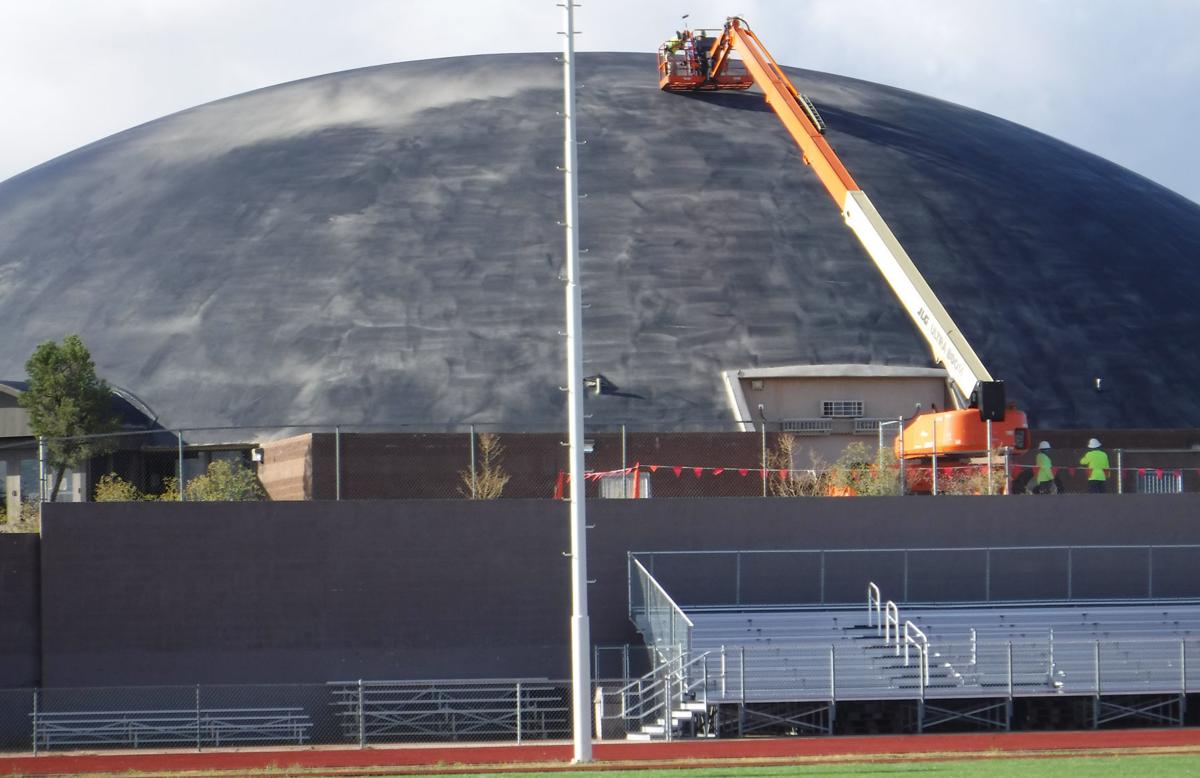 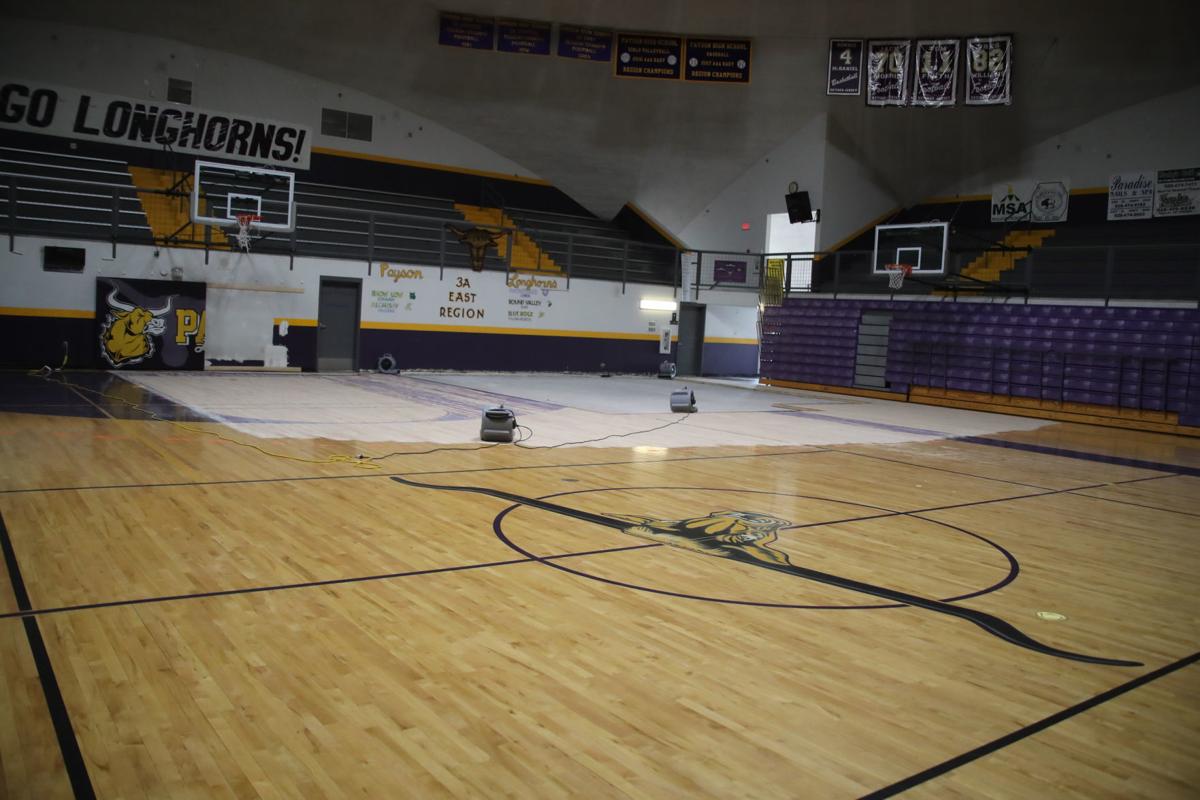 This picture taken on July 19 shows the portion of the Wilson Dome floor being repaired because of water damage this past winter with fans drying it. The projects is expected to be completed in time for the first volleyball games on Aug. 28.

This picture taken on July 19 shows the portion of the Wilson Dome floor being repaired because of water damage this past winter with fans drying it. The projects is expected to be completed in time for the first volleyball games on Aug. 28.

Then get in line.

And hope for the best.

That’s the thinking behind the Payson school board’s decision last week to hire a consulting firm in hopes the district can sweet-talk Arizona’s School Facilities Board into paying for millions of dollars in long-deferred, urgently needed building repairs.

The board approved a contract with WRECORP to assess all the roofs in the district’s buildings so Payson will have its prom dress ironed when it’s trying to get into the big dance of state schools funding.

During the recession, the Arizona Legislature essentially stopped funding the School Facilities Board for anything but emergency repairs. This resulted in an estimated backlog of more than $2 billion in needed repairs statewide,, according to estimates by the Arizona School Boards Association.

Payson two years ago hired a consultant to assess the district’s capital needs. That consultant put the total at about $12 million.

The state has recently resumed at least partial funding for the School Facilities Board and Gov. Ducey’s proposed an additional $35 million statewide.

The roofing consultant will get all the paperwork done so the district can apply for money to repair roofs.

“The workload to complete the necessary paperwork for these projects makes it difficult for smaller school districts to get funding for capital projects,” according to the recommendation for the contract in the board’s agenda packet.

The new state rules require the district to use a different contractor to assess roof damage from the contractor used to repair that damage. EMC2 currently does the roof repair projects that get funded. Last year the state funded repairs to C Building and the Wilson Dome.

WRECORP will do the engineering studies and paperwork so the district can apply for money from the state school facilities board. The company will only get paid if the state funds the project. WRECORP has a similar contract with districts throughout the state, including Show Low, Snowflake and others.

“WRECORP will perform initial assessments and inspections and EMC2 will continue with design and project management,” according to the presentation by Brent Bailey.

Ducey has proposed a $12.3 billion state budget, including $6,156 in per-student state funding for K-12 schools. When adjusted for inflation, that’s about the same amount the state was spending in 2001.

The budget includes an extra $35 million for the School Facilities Board, a 44% increase from last year. That’s close to the legally-required formula, but won’t make much of a dent in catching up with the $2 billion in deferred maintenance.

Overall, the budget boosts K-12 spending by $600 million, mostly to keep pace with inflation and enrollment increases. However, it includes $175 million for the final, three-year, 20% increase in teacher salaries.

School districts across the state are already lining up hoping to get a chunk of the extra money for capital improvements.

The Arizona School Facilities Board is supposed to inspect school buildings for problems once every five years, with a focus on health and safety issues that could affect the state’s 1.1 million K-12 students. Arizona has 2,001 school buildings. The state conducted 20 inspections in 2015, 18 in 2016, none in 2017 and 2018 and one in 2019, according to an investigative report by The Arizona Republic.

The School Facilities Board has dramatically increased the projects it funds, rising from 300 in 2015 to 1,200 in the current fiscal year — including repairing roofs on the Payson High School campus.

However, years of backlogged demand continue to pose a challenge.

And that’s why Payson schools want to get all dressed up and outfitted in alluring paperwork before getting in line for a little more funding.

AND PUSD has increased revenues from the local taxpayers by millions after millions.

PUSD (and the author) continues to spin the travails of their funding by only addressing one quarter of their total revenue stream - namely the legislative appropriations per pupil funding - while intentionally misleading the public by not telling the total revenues they receive.

Local property taxes - liens on your home and business - have increased by 40% this decade while the student count has decreased!

Where did all those additional funds go that the buildings are in disrepair. Seems like the school board has been at least derelict in their responsibilities to the citizens of Payson.

In addition to their irresponsible lack of oversight on financial matters, the worse aspect is that only 31% of the students under their care are able to pass the watered down AZMerit test.

PUSD should not be able to continue to gouge the citizens of Payson with ever increasing tax grabs until it demonstrates it can educate our students - their primary job.