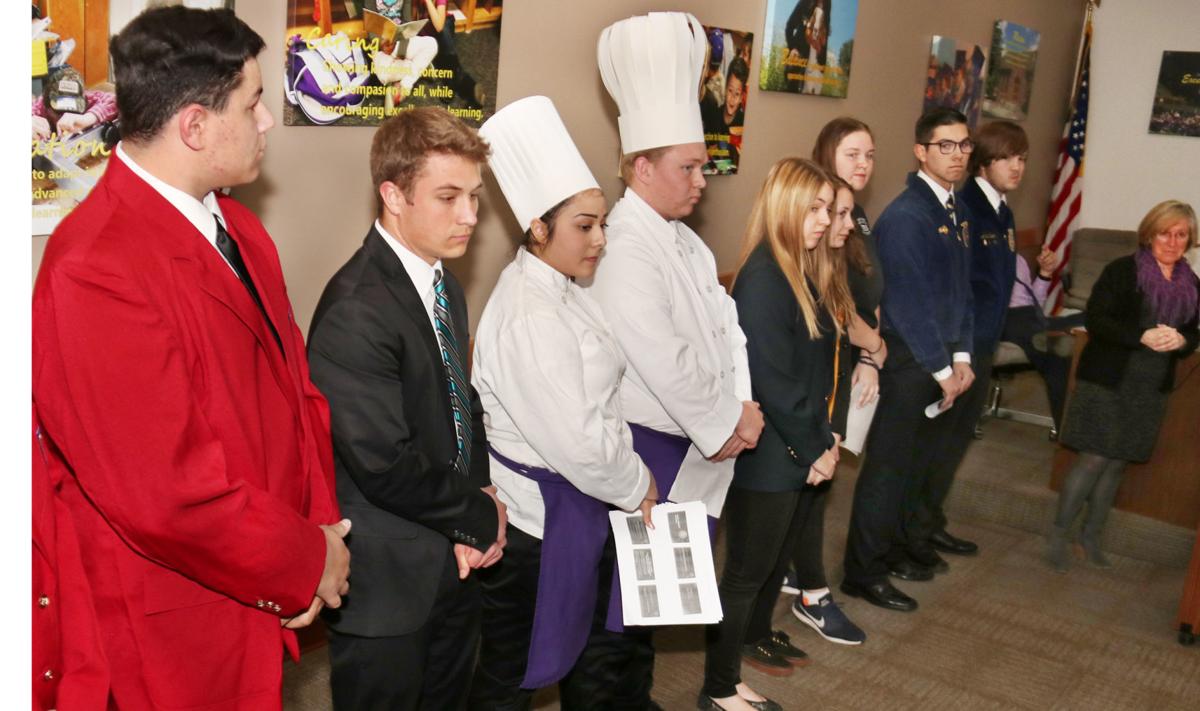 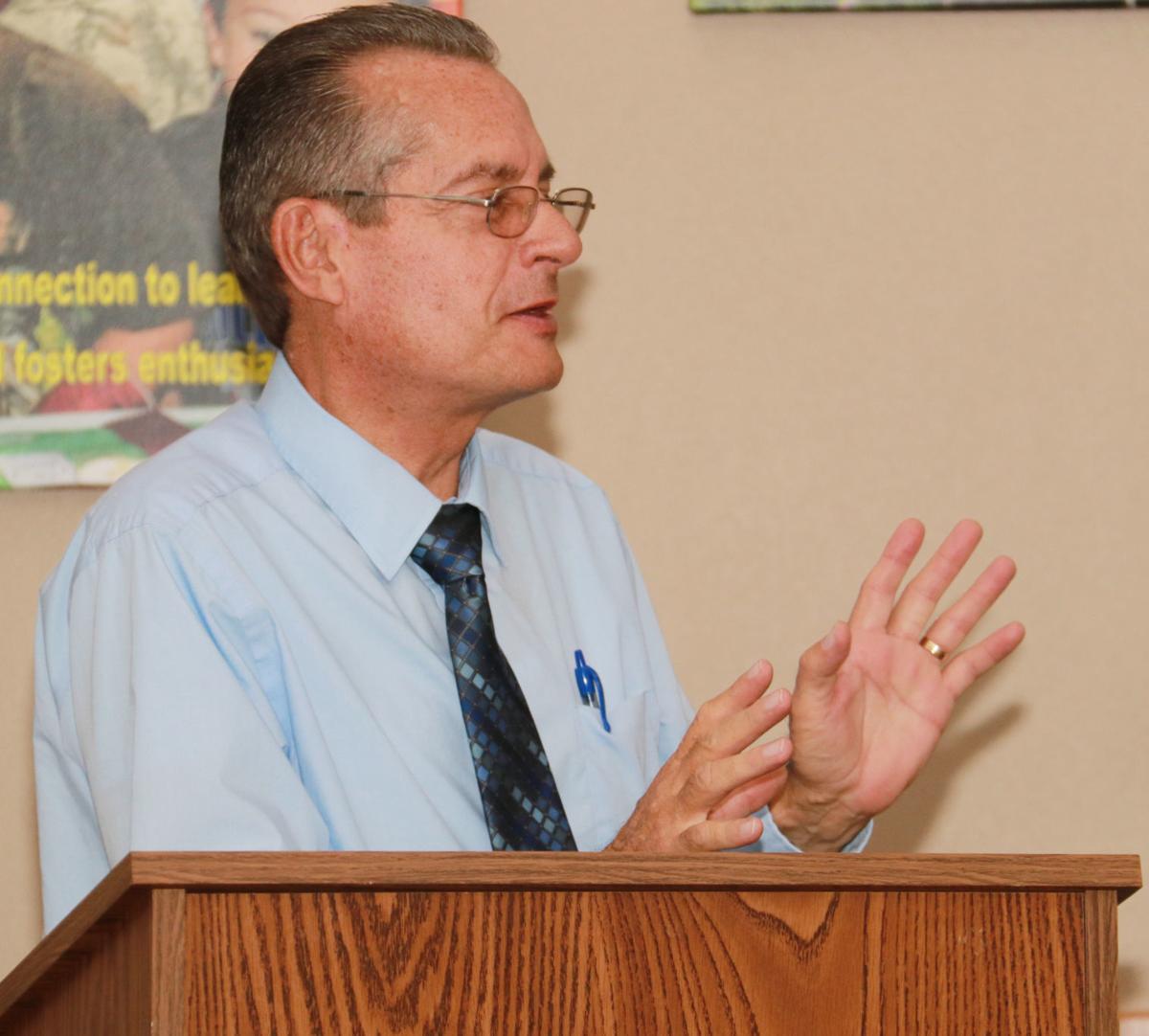 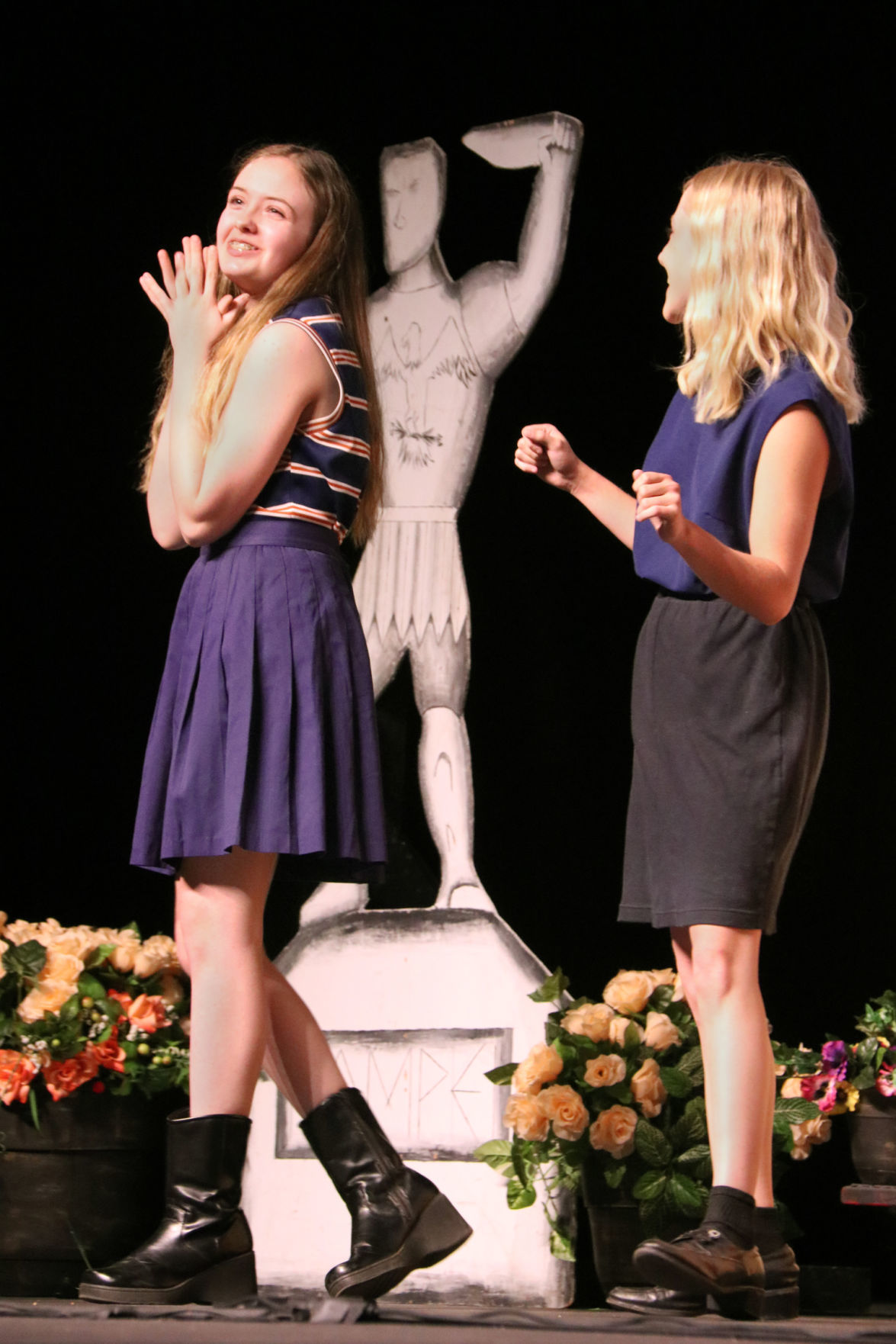 Rosalind (Rachel Brundage) reacts to her cousin Celia (Bobbi Beaugureau) in the PHS Thespian production of "As You Like It." 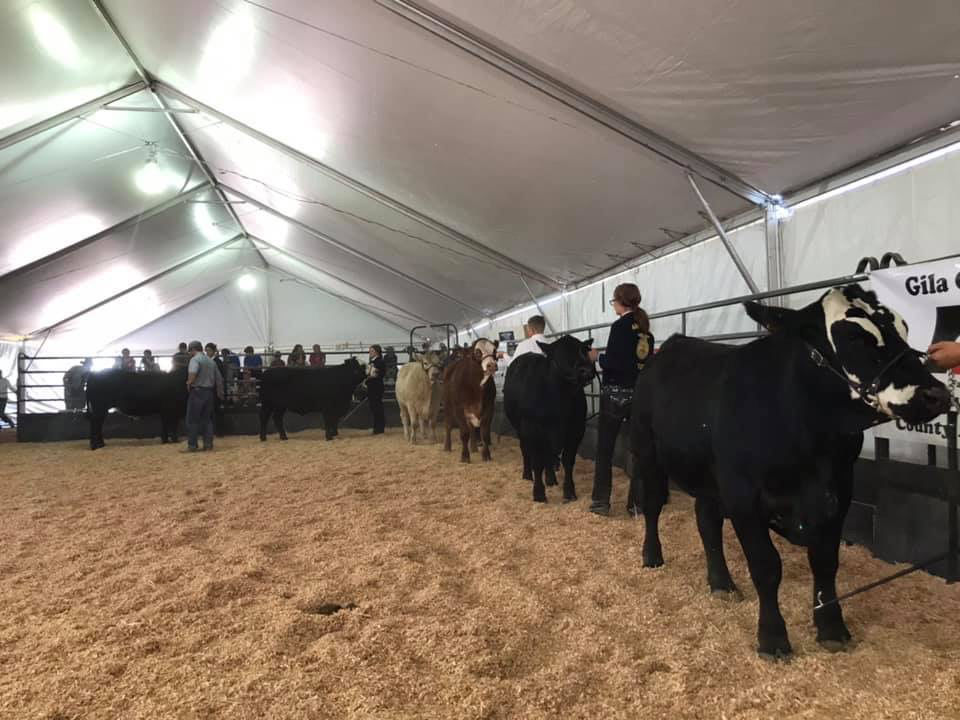 Students showing their steers in the market class at the Northern Gila County Fair.

Rosalind (Rachel Brundage) reacts to her cousin Celia (Bobbi Beaugureau) in the PHS Thespian production of "As You Like It."

Students showing their steers in the market class at the Northern Gila County Fair.

Payson continues to build a bright spot in its curriculum — a growing number of both college and vocational classes for students.

Dogged by a low graduation rate that has hurt its state rating, Payson nonetheless has continued to bolster college and vocational classes offered for students who finish their four years of high school.

The Payson school board last week renewed its contract with a special regional school district to provide career and technical education classes.

The school board also voted to make convincing the Arizona Legislature to resume funding vocational classes for high school freshmen one of its top legislative priorities for the upcoming session — in response to a survey by the Arizona School Boards Association.

During the last recession, state lawmakers cut Career and Technical Education funding by about 20% by refusing to pay for vocational classes taken by high school freshmen. The move curtailed many of the vocational programs, making it hard to schedule enough class time in some cases to earn a certificate.

Lawmakers were working on bills that would have restored funding this year, but the disjointed adjournments caused by COVID-19 prompted lawmakers to adopt a “skinny budget,” which eliminated most new proposed funding for education.

Studies show that vocational courses boost college attendance and high school graduation rates. Moreover, the courses improve job prospects for the roughly two-thirds of graduates who don’t go on to colleges or universities.

About 31% of Gila County residents older than 26 in 2018 had a college or university degree compared to 38% statewide and 41% nationally.

The Northern Arizona Vocational Institute of Technology (NAVIT) offers the array of classes in partnership with districts across the state. In Payson, the state-funded NAVIT kicks in $357,000 and the district $300,000. The district also gets $70,000 in state and federal grants to support the vocational programs.

Mostly the money goes for teacher salaries, plus equipment for expensive classes like auto shop.

The district’s mix of career classes that produce a professional certificate include agricultural science, auto tech, construction, culinary arts, computer networking, professional sales and marketing and technical theater. The district is hoping to add courses in engineering to that mix. All told, the district invests $730,000 in those classes.

Most have course sequences that extend for three or four years, culminating in the award of a professional certificate. Some classes are included in the district’s innovative arrangement with EAC-Payson and the MHA Foundation for dual-enrollment college courses taught on the Payson High School campus.

Through that dual-enrollment program, students can also work on certificates in nursing, fire science and other professional programs offered by EAC-Payson.

The dual-enrollment program has largely replaced advanced placement courses, which could also give students college credit provided they got a certain score on a post-class test. The fees for those classes could cost parents hundreds of dollars, while the MHA Foundation covers the cost of dual-enrollment courses virtually guaranteed to transfer to the state’s public universities. The graduating class of 2020 completed some 1,300 college credits through the program. The most motivated students completing their AA degrees — giving them a jump of one or two years on college, effectively saving $20,000 in tuition for the same classes at a university.

The school board applauded the accomplishments of the NAVIT students and the seven teachers offering those classes. Roughly 60% of high school students take one or more of the vocational classes and about 50 students in each graduating class.

Ironically enough, in the last round of state grading and assessments of school districts, Payson got dinged for a relatively low high school graduation rate. However, the district did well in the points awarded for both vocational classes and college preparation — thanks largely to the dual-enrollment and NAVIT classes and the broad student participation.

Unfortunately, Arizona has one of the lowest high school graduation rates and college attendance rates in the nation. Nonetheless, lawmakers have yet to restore the funding cut in 2011. Fortunately, the educational level of the workforce is buoyed by people moving into Arizona from other states.

Lawmakers have introduced bills to provide the roughly $9 million needed to restore ninth grade vocational classes annually for the last three or four years, including several versions offered by Sen. Sylvia Allen, who chairs the Senate Education Committee and represents Rim Country in the Legislature. Those bills have reliably failed.

For people aged 25 to 34, Arizona ranks 40th nationally in the percentage of people with a college degree. A whopping 13% of Arizonans aged 16 to 24 aren’t in school and aren’t working — and that was before the pandemic exploded the unemployment rate.

Attendance at the state’s network of community colleges has also been falling, despite the ongoing rise in population. It now costs nearly $1,000 per semester in tuition to attend a community college full time, while tuition at Arizona State University amounts to about $10,000 annually.

Roughly 38% have a college or university degree, compared to 41% nationally, In Arizona that includes roughly 9% who earned a community college degree, 18% have a bachelor’s degree and 11% have professional or graduate degrees.

Gila County’s doing much worse. Here, 15% did not graduate from high school and 29% have only a high school diploma.

Another 30% of Gila County residents have some college, but no degree.

Finally, 31% have a college degree, compared to 38% statewide and 41% nationally.