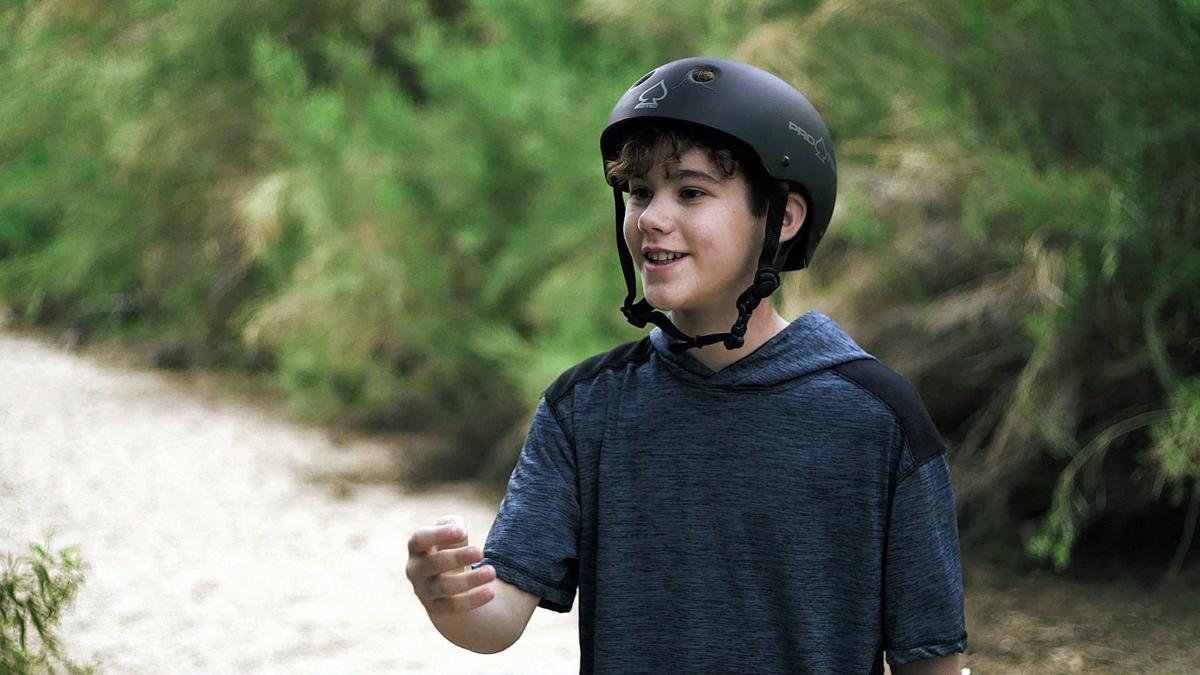 Christopher Roden, 12, of Payson makes his film debut in “Barely Dreaming,” which begins streaming on Amazon Prime and Tubi in June. 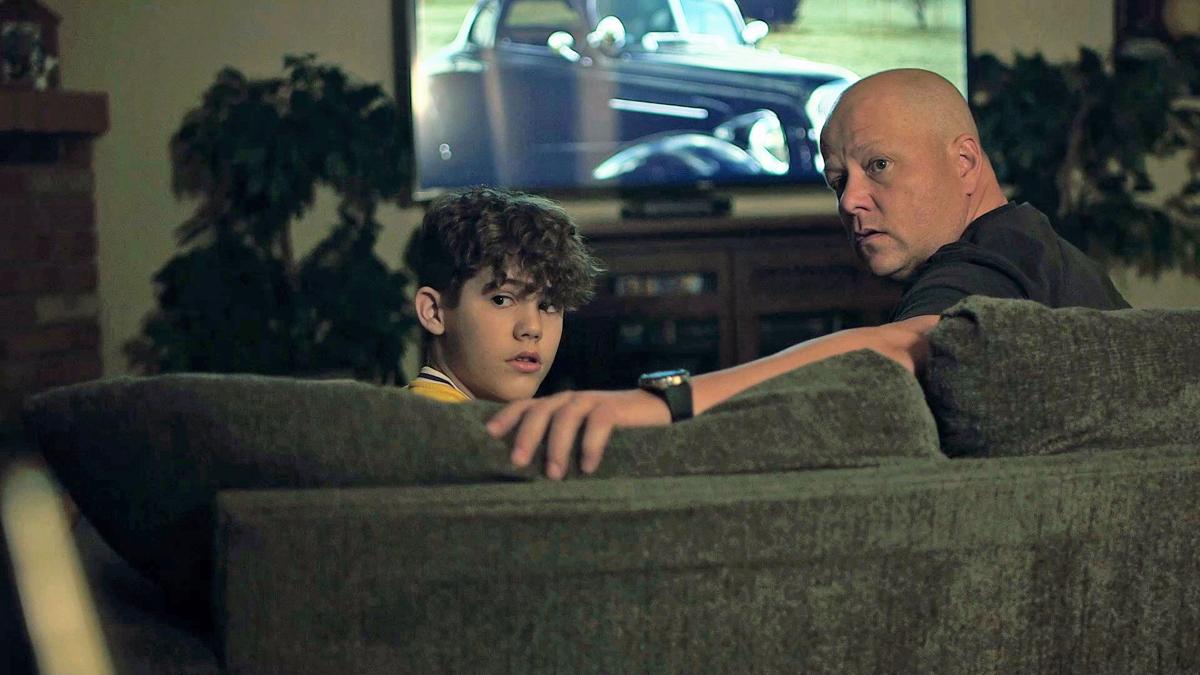 Christopher Roden and Adam from the set up the film “Barely Dreaming,” which can be streamed on Amazon Prime and Tubi starting next month. 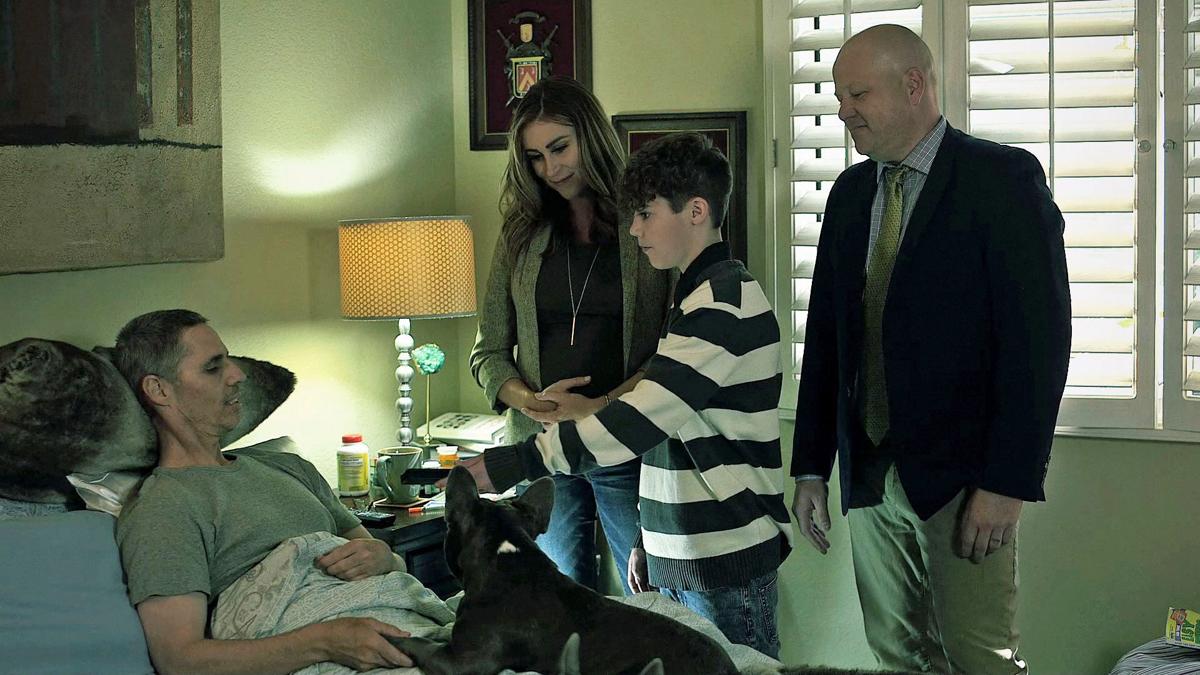 A scene from the film “Barely Dreaming,” which features the screen debut of Payson’s Christopher Roden. 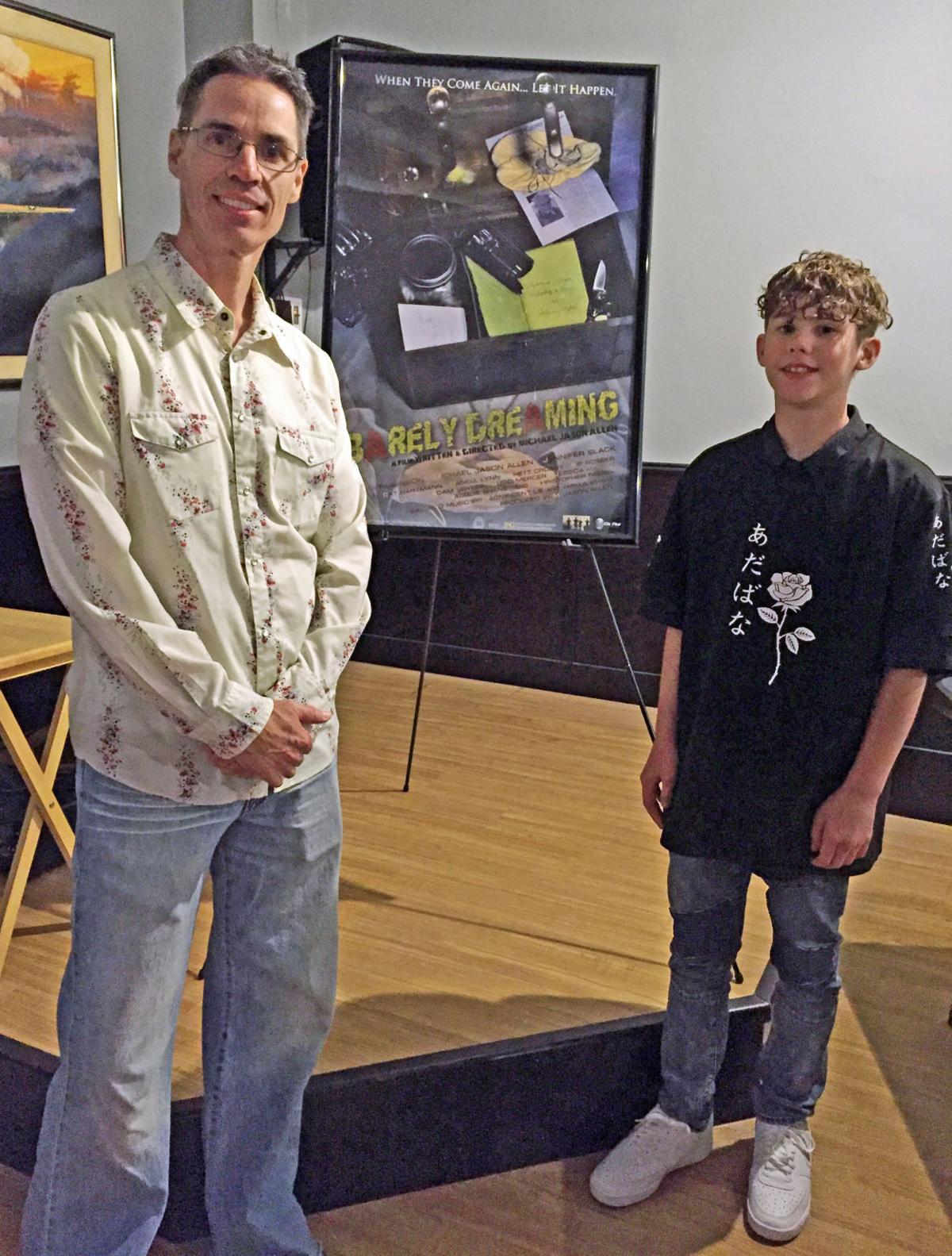 Payson 12-year-old actor Christopher Roden with the writer, director, producer and star Michael Jason Allen of the upcoming film “Barely Dreaming,” which debuts on the Amazon Prime and Tubi streaming services in June 2021.

Christopher Roden, 12, of Payson makes his film debut in “Barely Dreaming,” which begins streaming on Amazon Prime and Tubi in June.

Christopher Roden and Adam from the set up the film “Barely Dreaming,” which can be streamed on Amazon Prime and Tubi starting next month.

A scene from the film “Barely Dreaming,” which features the screen debut of Payson’s Christopher Roden.

Payson 12-year-old actor Christopher Roden with the writer, director, producer and star Michael Jason Allen of the upcoming film “Barely Dreaming,” which debuts on the Amazon Prime and Tubi streaming services in June 2021.

Valley filmmaker Michael Jason Allen needed a boy for a role in his latest movie.

The Rim Country Middle School sixth grader had never acted before, but got his shot in show business when a friend of his grandmother, Julie Roden, recommended him to Allen.

“I take care of a lady named Vera Eccles (screen name Vera Dell) and she was in two of his prior movies,” Julie Roden said. “He asked if she wanted to be in this movie, also, and if she knew anyone of his age.”

She showed him photos and Allen set up a screen test.

“She sent me a few pictures of him and I was like, ‘Oh, wow, he’s exactly the right age for the character and he looks like he could be a younger version of me when I was a kid,” said Allen, who wrote, directed, produced and starred in the film.

“So he came down to Phoenix and we did a short scene to see if it was going to work out. It was a scene in the film where he plays a younger version of me in a dream. He did really well, he didn’t get nervous and he just did everything that was needed. His attention span is great.”

He was so good in the scene that Allen expanded his role.

“It was just a really small role, like two sentences,” said his grandmother. “He was going to play Adrian (one of the main characters) as a boy. Once we sent him photos of Christopher he asked if he wanted to be a main character, Cameron. We said, ‘sure,’ and went down and they loved him.”

“I ended up using him for the rest of the movie and thought, we’ll work for the whole thing,” Allen said.

The film, “Barely Dreaming,” will stream on Amazon Prime and Tubi beginning next month (exact date has not been announced).

It was quite an experience for Christopher.

“I want to go further with this,” he said. “Maybe it can turn into something big, you never know.”

Allen said he could have a future as an actor.

“I think he could definitely do it,” Allen said. “The only question is, is he interested enough to dedicate himself and learn it and improve and do what it takes. If he is willing to do that, I think 100% he could do it nationally. He could go to LA and get work easily.”

Filming began in December 2020 and wrapped up in March 2021. The director was impressed with how the youngster took to acting.

“Yeah, he did really great,” Allen said. “I’ve worked with a lot of child actors for years. I’ve worked with kids who were trained since they were 5 years old to do acting and singing and dancing and they didn’t do as good as what he would have done and it was his first time. Some people have a knack for things and some don’t.”

Filming took place on some weekends in the Valley and his grandmother enjoyed the experience as much as Christopher.

“We put in some long hours, with lots of waiting around,” she said. “I was even sitting on the set a lot of times. It was pretty exciting for me to get to do that, too.”

And she’s proud of Christopher.

“I just think it’s really cool for a Payson kid to be in a movie,” said Julie, who is his grandmother and also adopted him when he was a baby. “I think it’s a good experience for him and it’s exciting.

Christopher and his grandmother attended the movie premiere at a VFW Hall in Scottsdale in April. Allen usually rents a Valley theater for his premiers, but switched this one to a different location for COVID-19 reasons.

“We finally got to see the movie,” said Julie. “Vera Eccles said it was sad he didn’t get to experience it at a theater because of COVID-19.”

Anyone interested in purchasing a DVD version of the film, which also includes deleted scenes, for $6 can do so while supplies last at HeSaidSheSaidProductions.com/

“I didn’t plan on selling them but we had some left over,” Allen said. “There are only 11 left and we’re not making any more.”

Christopher didn’t think long when asked what his favorite scene was.

“When I was skateboarding,” he said.

That took place at Moon Valley Park on his final day of filming in March 2021.

Yes, he may be a budding actor, but he’s also a kid.