Sign Up
Log In
Purchase a Subscription
You are the owner of this article.
Edit Article Add New Article
You have permission to edit this article.
Edit
Home
CIRCULATION OPTIONS
News
Schools
Opinion
Sports
Multimedia
Outdoors
Local Events
Classifieds
Legals
Obituaries
COVID-19
1 of 10 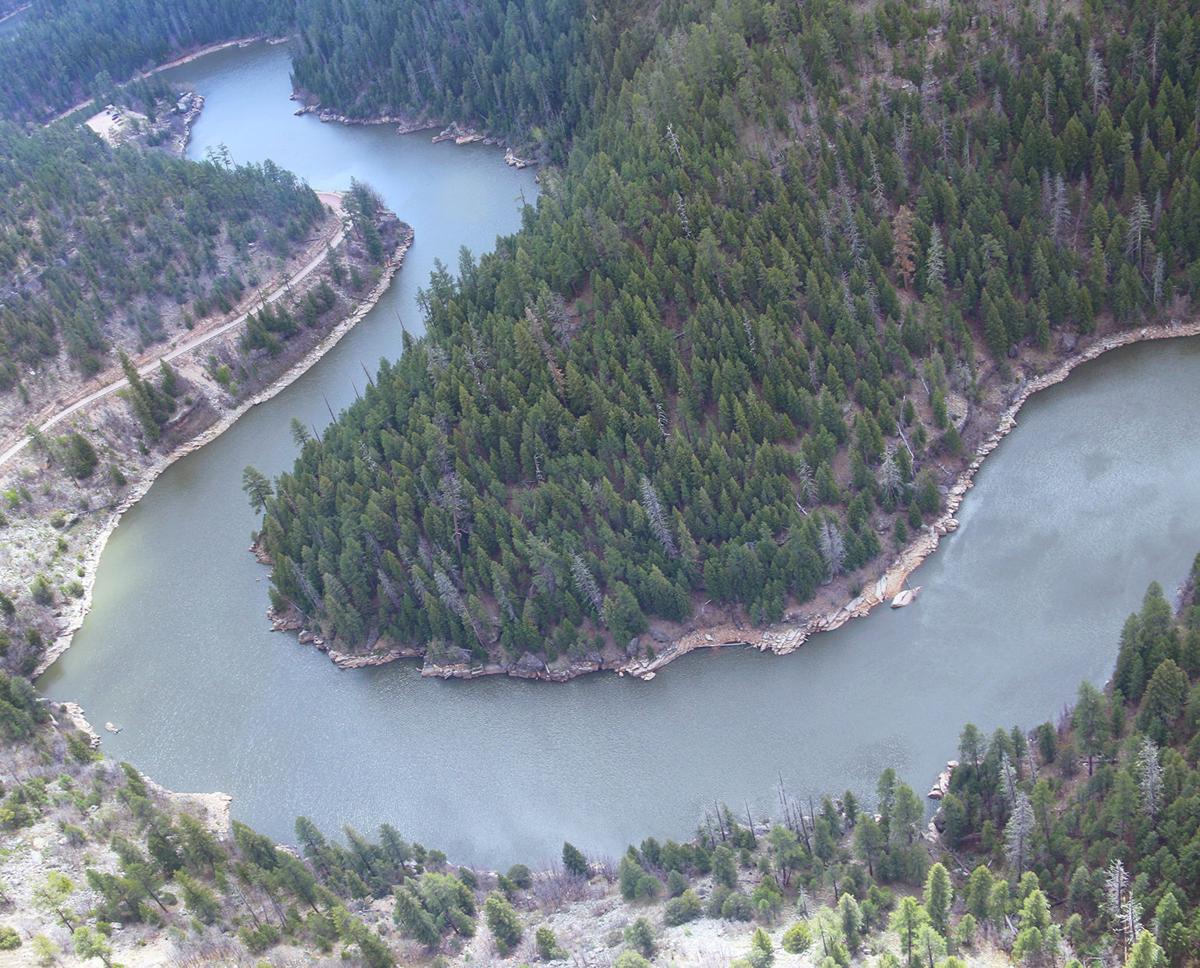 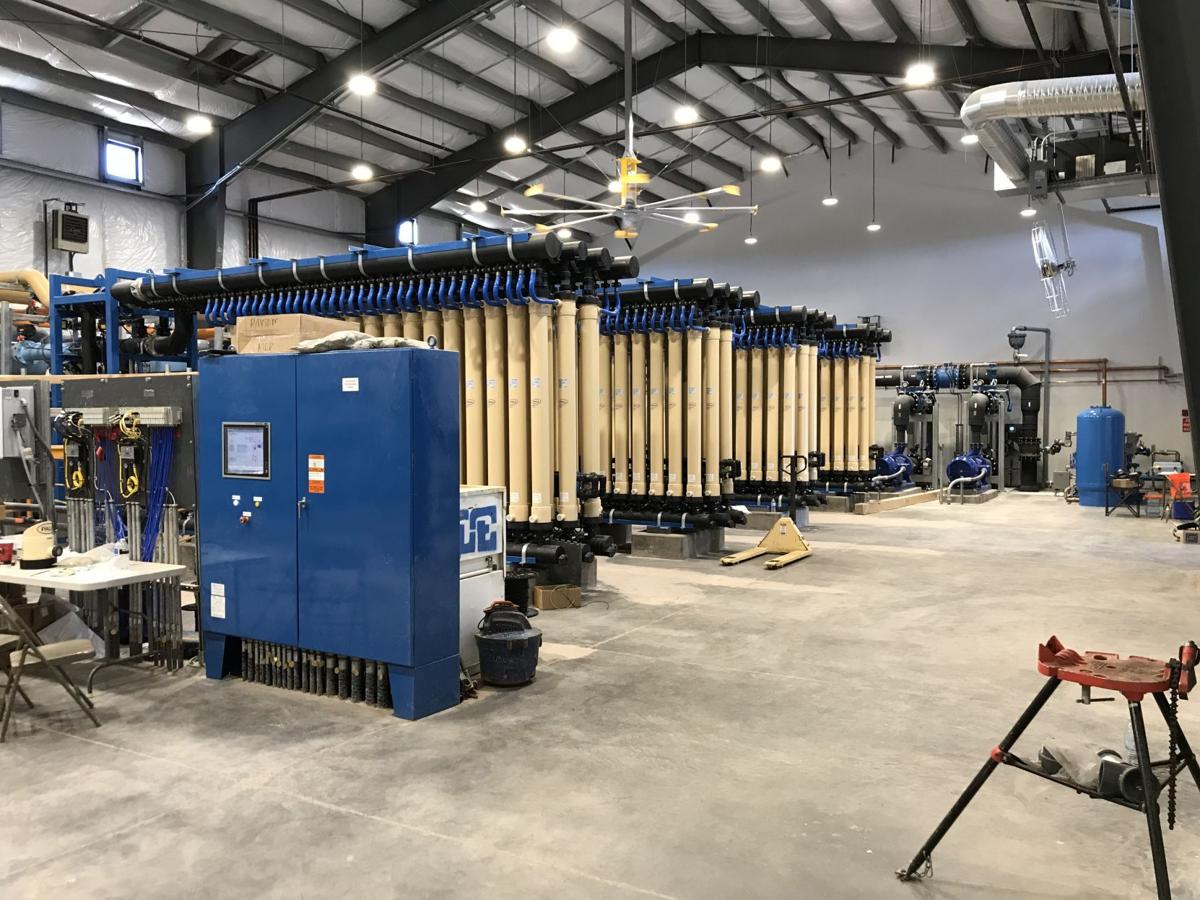 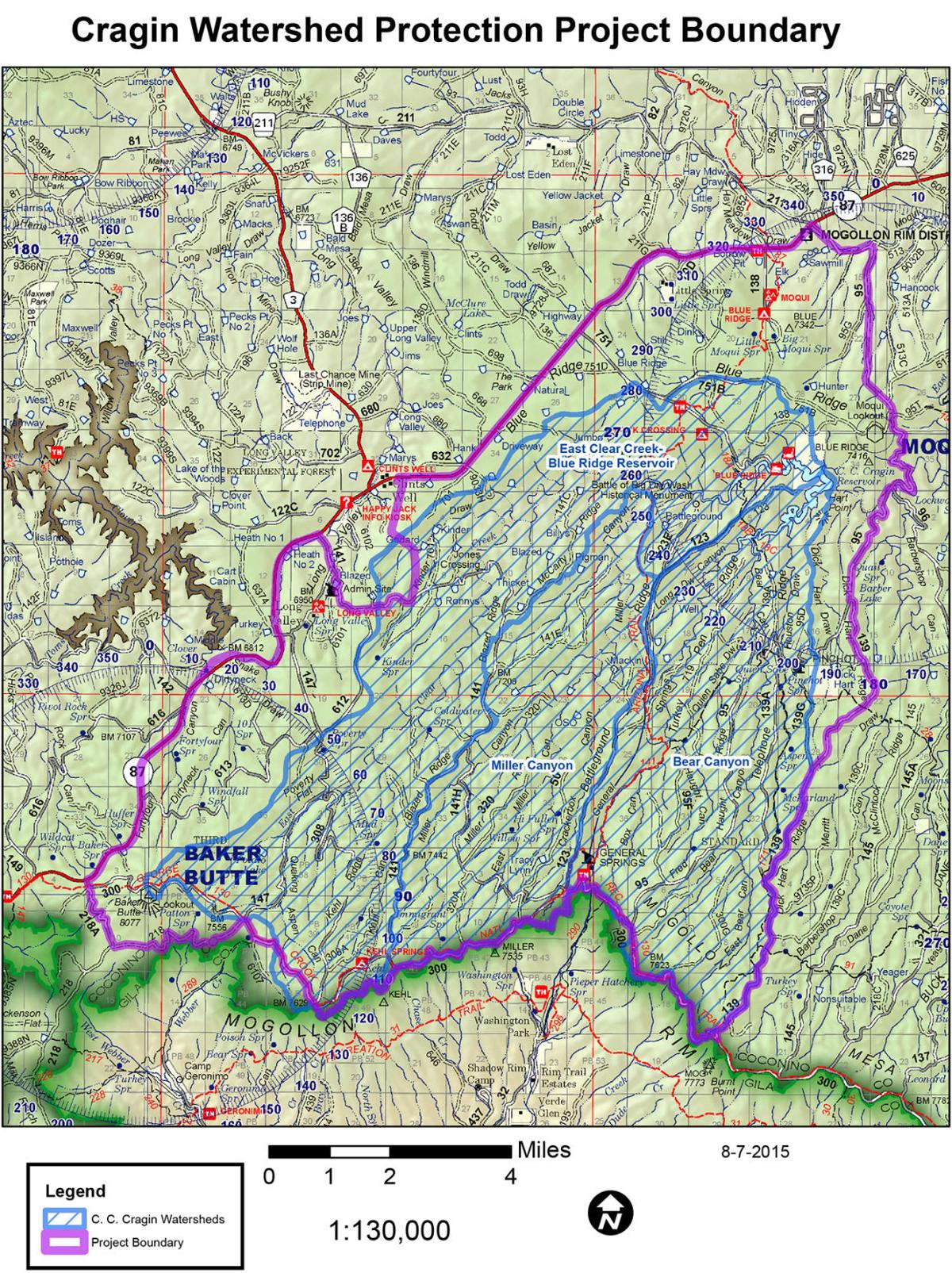 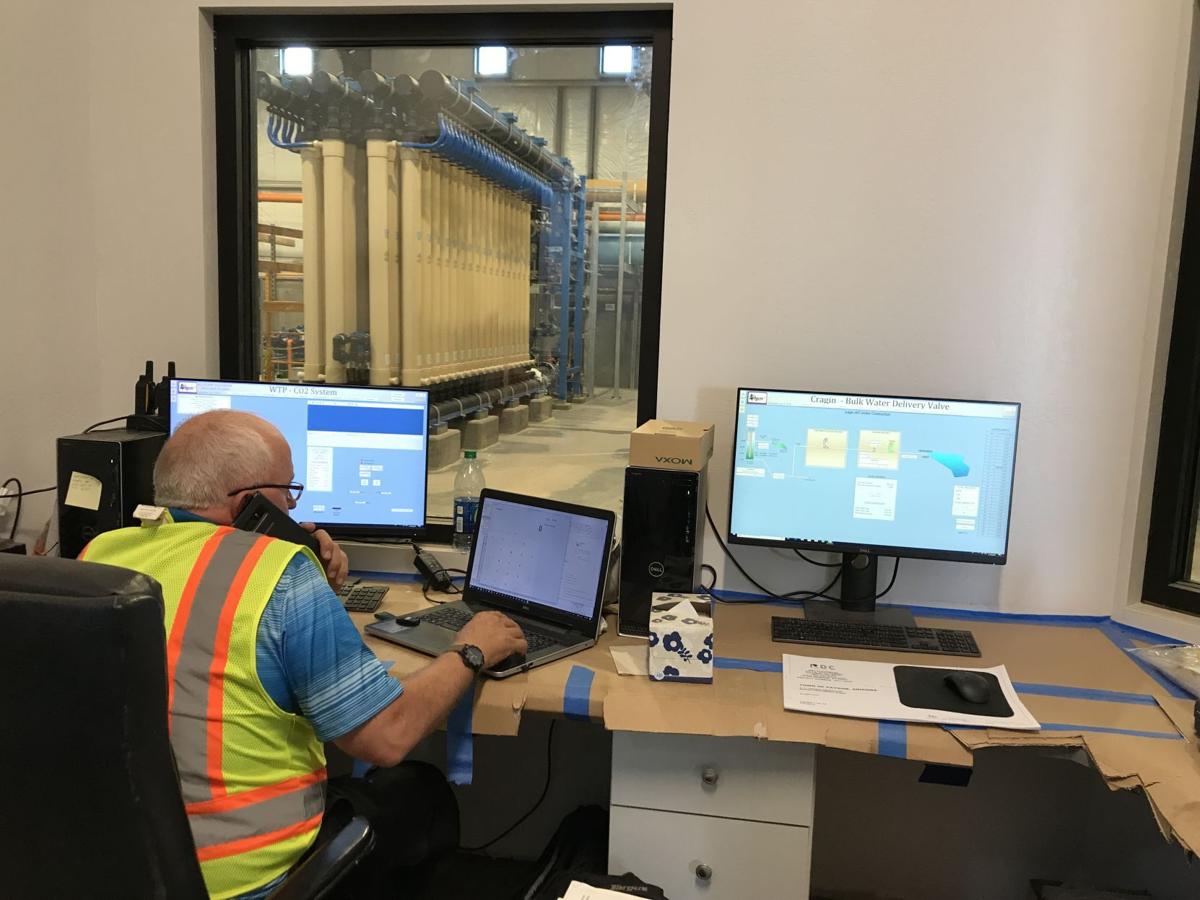 The Subcommittee for Review of Past Capital Improvement Projects met Dec. 19 to discuss the C.C. Cragin project, which includes a water treatment plant in Mesa del Caballo.

The Rim Club golf course avoided a water war and solved a problem for the town of Payson — what to do with all the waste water created from filtering the C.C. Cragin river water — when it helped to build a pipeline from the water treatment plant. 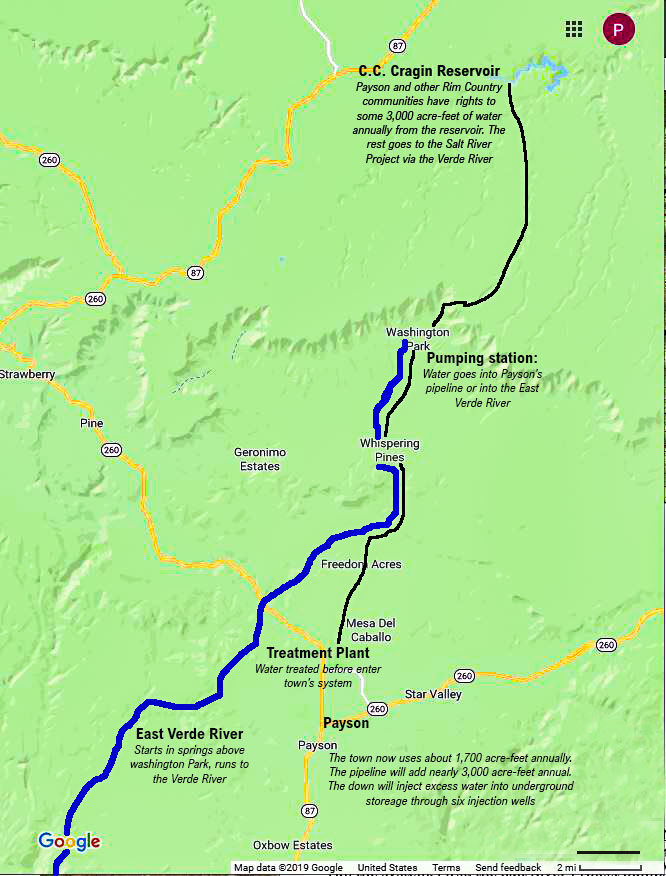 Water from C.C. Cragin travels from the top of the Mogollon Rim to a treatment plant near Mesa del Caballo and then Payson. It costs many millions to build. 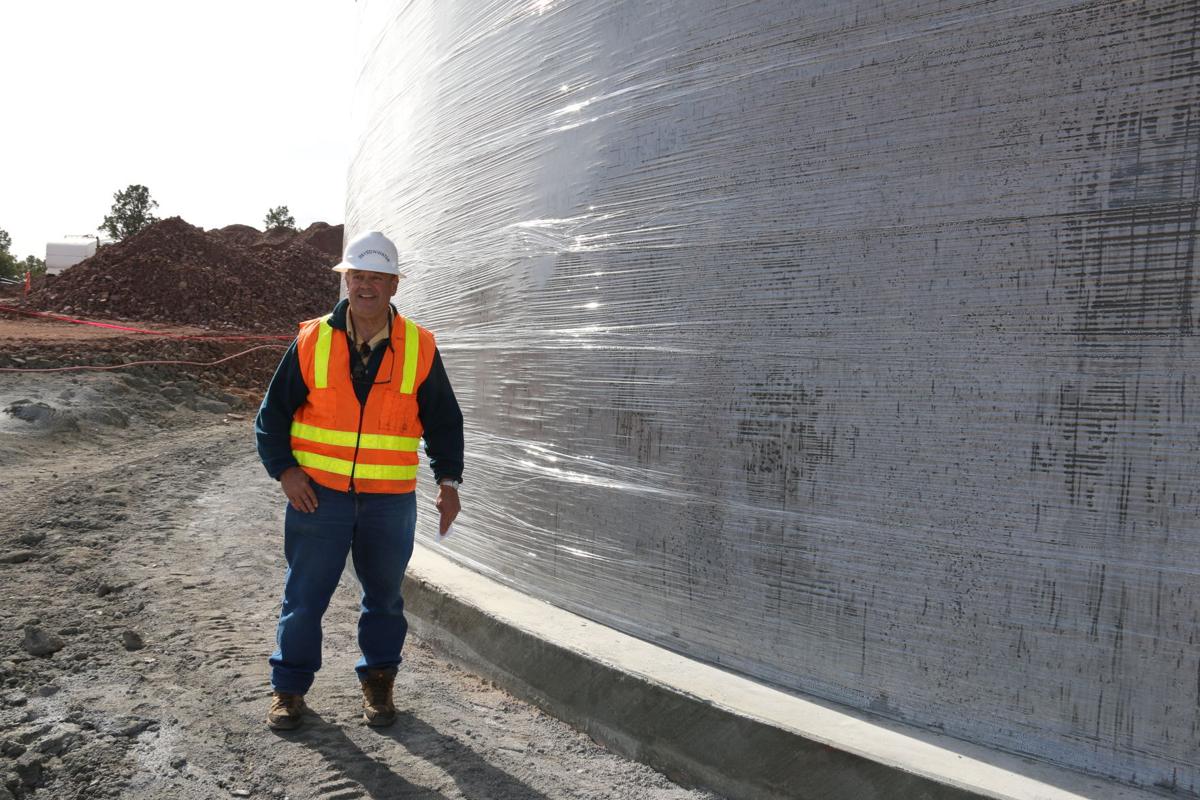 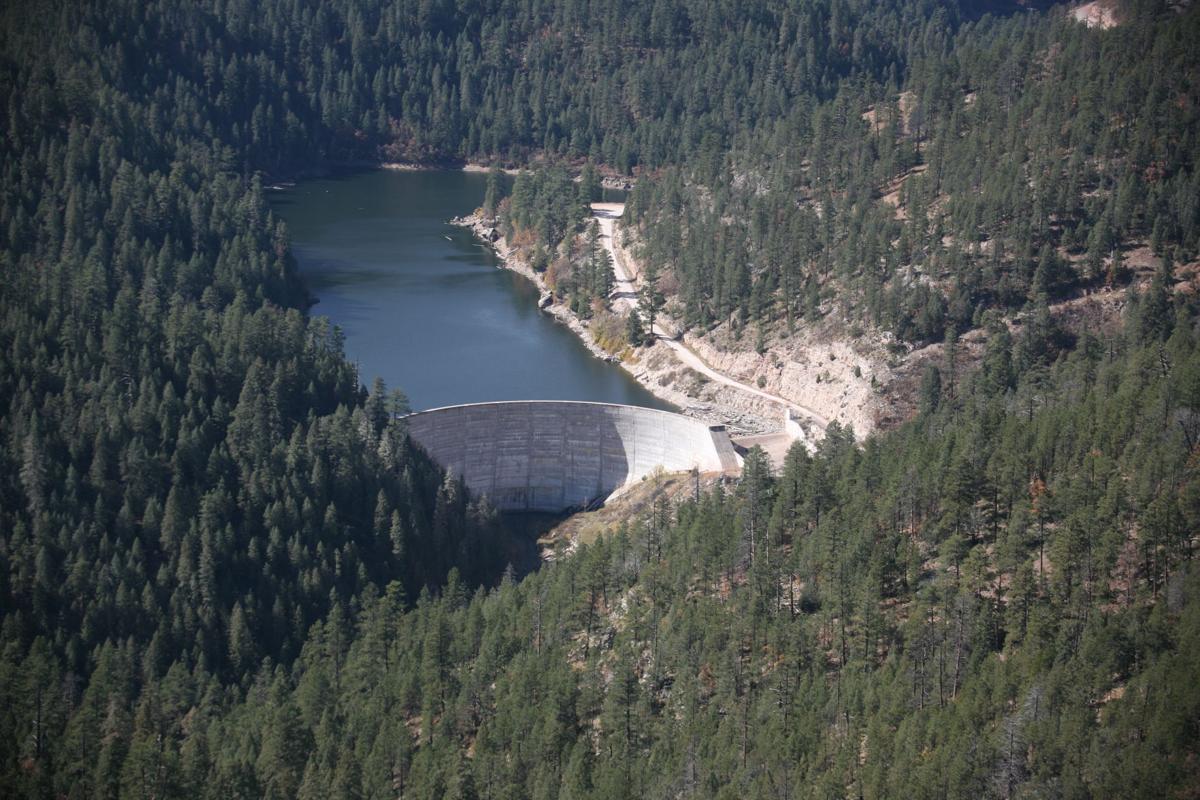 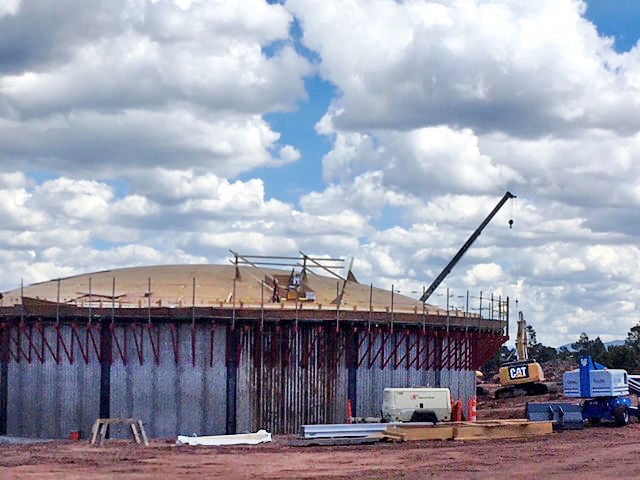 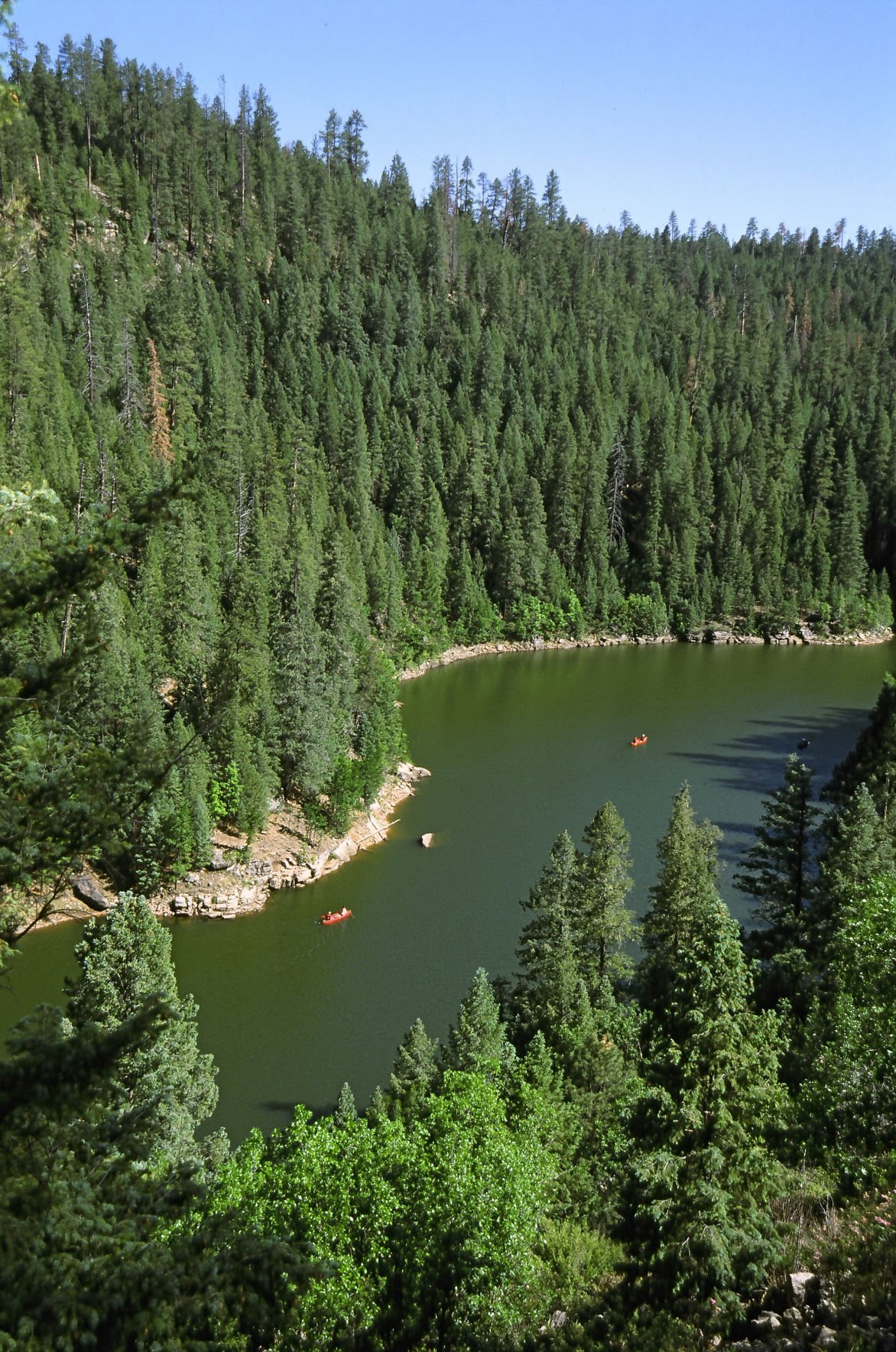 Water from C.C. Cragin Reservoir travels from the top of the Mogollon Rim to a treatment plant near Mesa del Caballo and then into Payson. It cost many millions to build.

The Subcommittee for Review of Past Capital Improvement Projects met Dec. 19 to discuss the C.C. Cragin project, which includes a water treatment plant in Mesa del Caballo.

The Rim Club golf course avoided a water war and solved a problem for the town of Payson — what to do with all the waste water created from filtering the C.C. Cragin river water — when it helped to build a pipeline from the water treatment plant.

Water from C.C. Cragin travels from the top of the Mogollon Rim to a treatment plant near Mesa del Caballo and then Payson. It costs many millions to build.

Many of Payson’s groundwater wells have risen by 60 feet after two seasons of recharge from the C.C. Cragin Reservoir.

Salt River Project last week put out a press release pointing to Payson as a model of water conservation and development in a drought-plagued state.

“The collaboration between Payson and SRP has brought in an affordable and renewable water supply to resolve complex legal issues and provide physical water certainty to the area,” said Dave Roberts, SRP’s associate general manager and chief water resources executive. “C.C. Cragin has significantly improved groundwater conditions for the town.”

“The Town of Payson has finally achieved the goal of obtaining a forever water supply,” said Tanner Henry, Payson’s water superintendent and assistant public works director. “Thanks to our partnerships with the Northern Gila County Sanitary District and SRP, we now have groundwater, wastewater reuse, surface water, and groundwater recharge, to make our water supply as resilient as possible.”

Payson water customers have been paying roughly 25% more for their water to help finance the project, but in return Payson’s now one of few towns in Arizona with enough water to cover all its future needs. Elsewhere, communities are facing rationing of Colorado River water and new restrictions on plunging water tables.

The rapid response of Payson’s water table also means good news for Star Valley, since the water that moves through Payson’s water table can also move downhill into Star Valley’s aquifer. At minimum, it means Payson will likely not need much water from the controversial Tower Well, which at one time provoked the incorporation of Star Valley based on fears Payson would use up all its water.

In June 2019, Payson started taking delivery on its 3,000 acre-feet annual allotment of water from the 15,000-acre-foot reservoir atop the Rim, formerly known as the Blue Ridge Reservoir.

The innovative injection wells have attracted the attention of water experts from across the nation — even foreign countries.

The system has already yielded results.

Payson’s water table had fallen some 200 feet in the decades before the town imposed some of the toughest water conservation measures in the state. Now, after two seasons of water injections, the water table around many of those wells has already risen by 60 feet. Water managers hope the cone of added water will gradually seep out into the entire water table — although water movements are complex in the cracked and fractured layers of granite underlying the town.

Former Payson water manager Buzz Walker shepherded the C.C. Cragin project through a mind-numbingly complex series of congressional approvals, negotiations with SRP, design and contract awards. The town kept him on as a consultant for two years after he retired to oversee the final construction of the pipeline and an innovative water treatment plant.

Prior to taking delivery of the water, Payson relied on a network of wells to pump 1,800 acre-feet annually out of the underground water table. C.C. Cragin water boosted the town’s long-term, sustainable supply to roughly 5,000 acre-feet.

The quick response of the water table has validated the boldest hopes of the water managers who designed the system. As most of the Southwest slips back into severe drought, Payson’s watching its water table rise.

Payson’s triumph really dates back to the 1980s, when Payson had the political savvy to secure a right to Colorado River water through the Central Arizona Project — even though the town had no way to access the water. So the town negotiated while keeping its eye on getting water from C.C. Cragin, created when a mining company built a dam decades ago. The 77-square-mile watershed remains one of the most productive in the state, filling the reservoir in even a relatively dry year.

Payson’s growth in the 1990s led to the rapid drop in the water table, but also saw the development of Green Valley Park as an innovative water recharge project that also became a treasured town amenity. Payson also adopted strict water conservation rules, including requiring developers to drill wells and secure a water supply — a policy that at one point led to the “water wars” that led to the incorporation of Star Valley.

In 2004, the mining company that had built the dam struck a deal with SRP, swapping the reservoir for water rights to support mining operations in eastern Arizona. Payson moved as quickly as possible to get in on the deal — signing a water rights agreement in 2008 with SRP. The town won the right to 3,000 acre-feet of water and agreed in return not to drill additional groundwater wells.

In the end, Payson won a “forever” water supply and SRP protected runoff into the East Verde River, which eventually ends up in a reservoir in Phoenix.

It took Payson another 20 years to build the pipeline and water treatment plant through mountainous terrain along the path of the East Verde. The water flowing through the pipe powers a 175 kilowatt hydroelectric generation station that supplies a 4.5-million-gallons-per-day water treatment plant.

The water from the treatment plant on Houston Mesa Road runs into town through five miles of new pipe connected to the town’s complex water supply system. The project required the town to connect its separate well sites and zones. This allows the town to pump water into the six re-engineered injection wells and to use only treated reservoir water throughout the town during the nine months the pipeline’s running.

The C.C. Cragin project has played a complicated role in local politics for years.

The prospect of added water effectively settled the water wars, which for years bitterly divided Payson and Star Valley. This opened the door to an era of growing cooperation and calm, with Payson now providing many public services to Star Valley — including a just-concluded agreement to provide policing — a financial boon for both towns.

The project became briefly controversial two years ago with the election of Payson Mayor Tom Morrissey. The incoming council majority abruptly ended Walker’s consulting contract. The council also set up a volunteer citizens committee to review the $50 million in contracts necessary to build the pipeline and the new connections to the town’s system.

The committee met for months and reviewed thousands of pages of documents. They eventually concluded the project represented a triumph of regulation and engineering. The committee found a limited number of change orders that considerably increased the cost of laying certain sections of the 11-mile-long underground pipeline from Washington Park to the treatment plant. However, those overruns stemmed from the decision to not undertake an expensive geological survey to determine how much hard rock lay beneath the surface along the pipeline route.

Thank you to all involved in planning, design construction and now operations of this project. It's outstanding that the Town has a reliable water supply and distribution system. Great news on the aquifer levels!

Many Many thanks to Buzz Walker for his untiring effort to make this happen!!!!