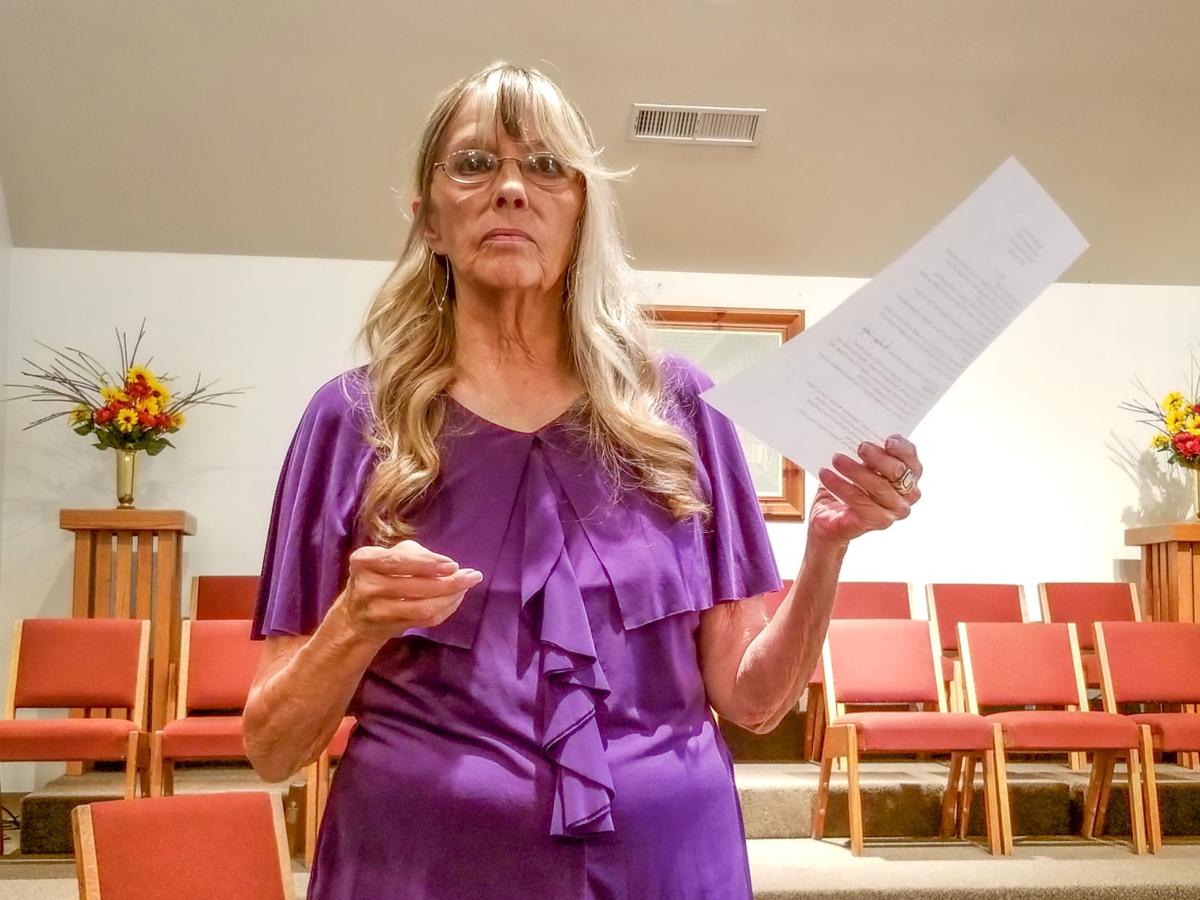 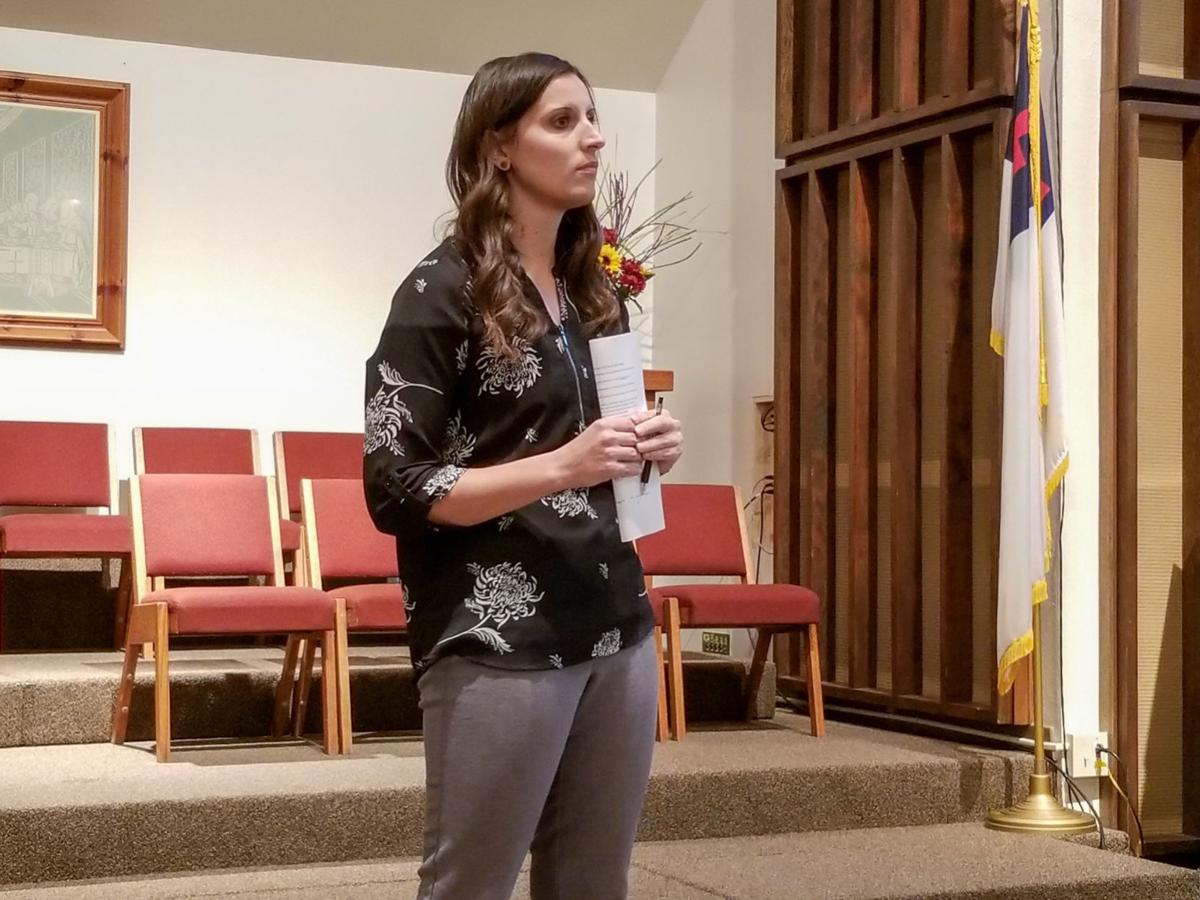 Courtney Spawn spoke at the September Main Street Merchants Guild meeting and expressed her desire to work together with the group to coordinate events along Main Street. 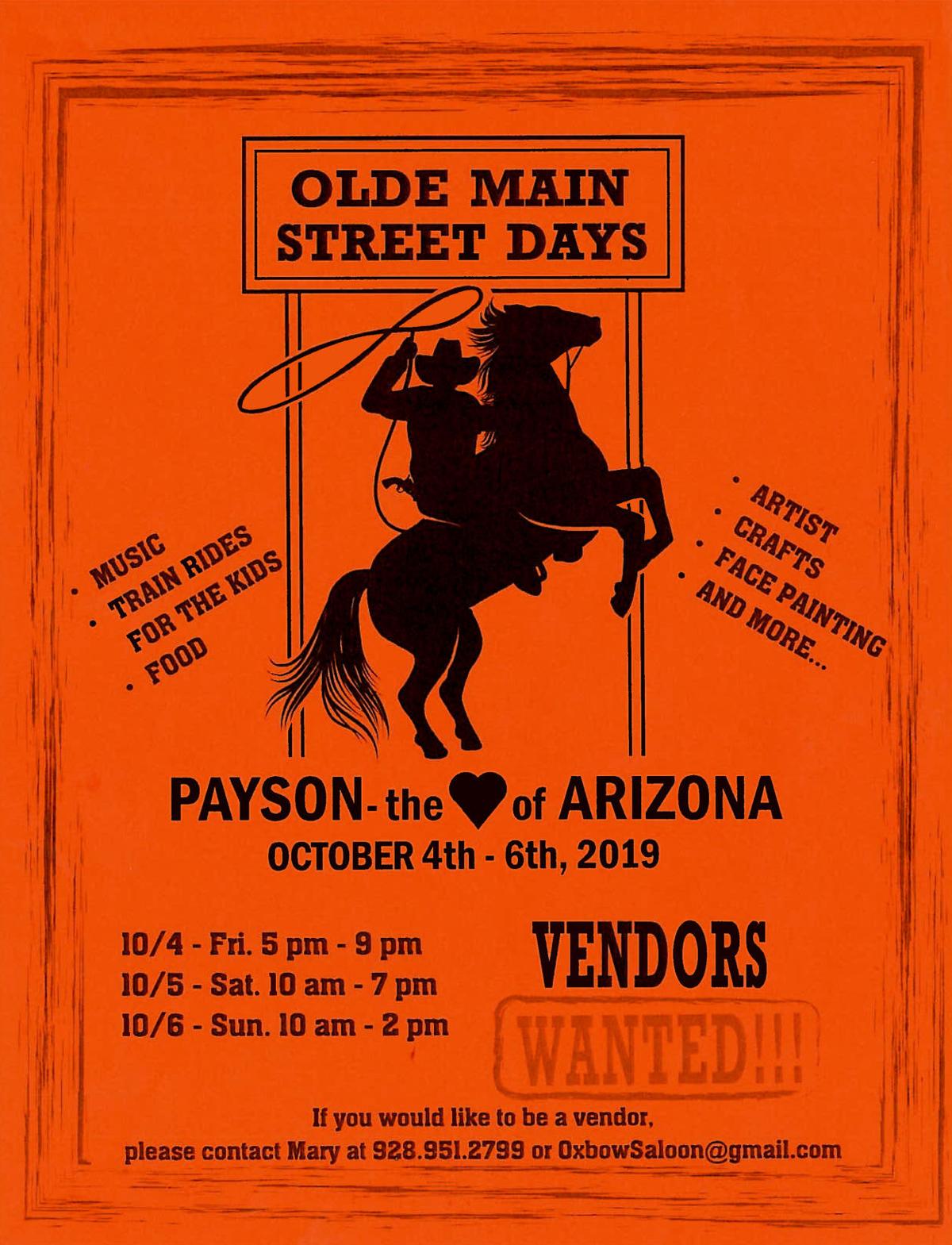 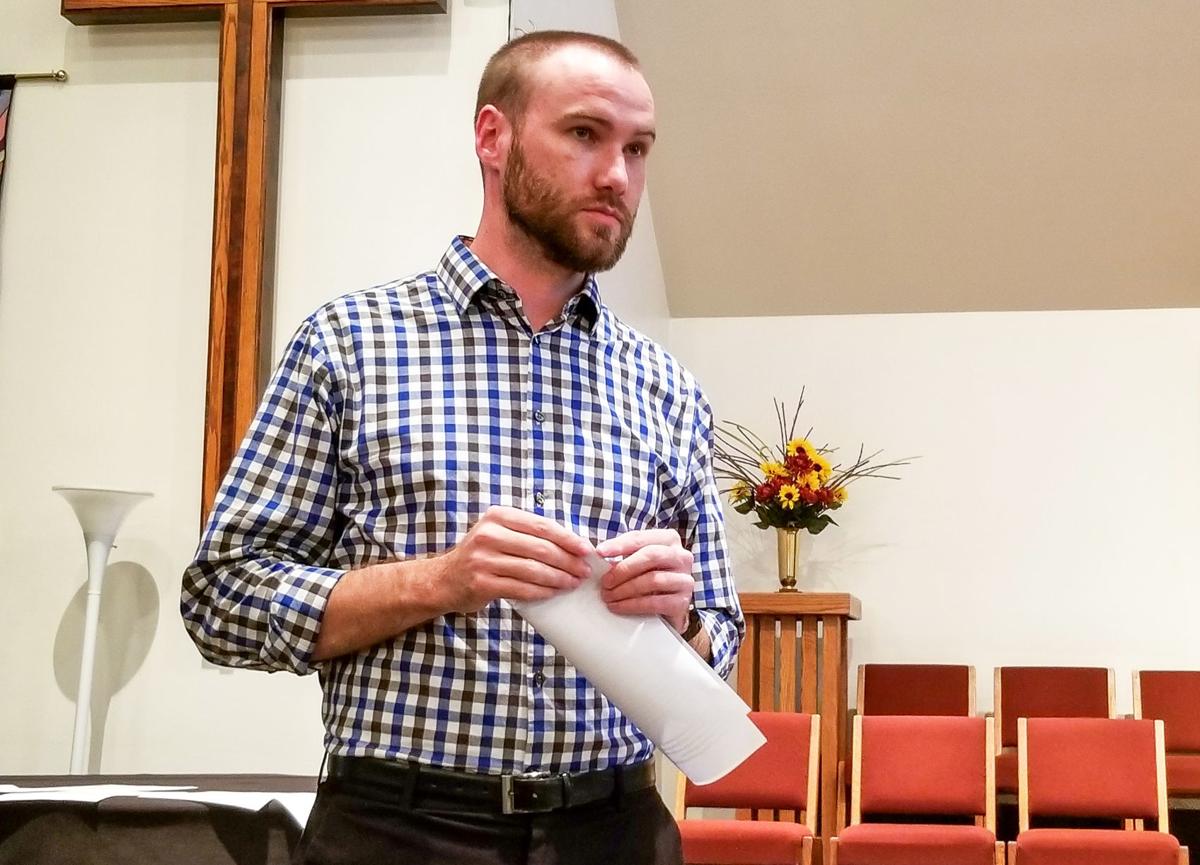 Courtney Spawn spoke at the September Main Street Merchants Guild meeting and expressed her desire to work together with the group to coordinate events along Main Street.

The most recent meeting, led by Minette Hart-Richardson, had a packed agenda and a full house.

Individuals donated the old green street lights on Main Street and each one had a plaque on it noting the donor. After the town replaced them with new lights, the plaques were removed and saved for upcoming bench installations.

The green lights will go up for auction at a future date, and proceeds will fund Christmas lights along Main Street. A separate plaque with a picture of one of the old green lights and one of Ronnie McDaniel is also planned.

The guild is working on getting permission to be in charge of maintaining the structure and keeping the windows clean and filled with history, current events, new businesses and other noteworthy information.

The Olde Main Street Days festival is scheduled for the first weekend in Oct. 5-7.

Attendees at the meeting agreed to take a section of Main Street and pass out information and fliers to residents and business owners to promote the event, advising them when the street will be closed, and asking permission to place a vendor in front of the business.

The event will include local merchants, live music, train rides for the kids, food, art, crafts, face painting and more.

The group agreed to purchase a limited number of T-shirts for the event. Those interested in becoming vendors at the event should call Mary Hansen at 928-951-2799 or email OxbowSaloon@gmail.com.

The Sawmill whistle will blow for the first time in years on Oct. 5 during the Olde Main Street Days.

A new ADA-compliant crosswalk will be installed near 703 W. Main St. Trever Fleetham, Payson’s economic development manager, will oversee the design and construction of the new handicap ramps. The town received a grant for the crosswalk.

The guild invites the public, local artists and residents to take part in painting the crosswalk on Saturday, Oct. 5. The crosswalk will be 100 percent acrylic with no coating.

Hart-Richardson said, “Artist Sue McIntyre will draw the outline and other artists and the public are invited to put in a line or two so it will truly be a community event.”

KMOG will do a live broadcast at the event.

Morrissey said the committee’s purpose is to “up the resource level in order to make Main Street the magnet of the town.”

“I would like to congratulate Hart-Richardson,” said Morrissey, “she has been the heart and soul of this.”

The second mural is planned for the fence that faces the apple trees between town property and Road Runner Rubbish. This will be a colorful mural with a wildlife theme and involve local artists and community members. Painting is set to start on Oct. 9.

Hart-Richardson, Elizabeth Fowler and Gail (only uses her first name) plan to start the third Main Street mural on the west side of Sawmill Theatres on Oct. 14.

“The Town of Payson has been gracious enough to get us a scissor lift,” said Hart-Richardson. Gordon Whiting (owner of the Sawmill Crossing complex) asked for a picture of the old sawmill. We will paint a sepia picture of the sawmill with painted curled edges like an old photo, and a picture of a cowboy roping.”

Main Street will have its own Christmas tree lighting at Boardman’s on Main Street and McLane. Hart-Richardson encouraged people to decorate the light poles with 36-inch wreaths. Flowers by June will have wreaths available for sale.

Hart-Richardson is coordinating with Rim Country Regional Chamber of Commerce and the Town of Payson Parks, Recreation and Tourism Department to create a master list of events.

Courtney Spawn, director of Payson Parks, Recreation and Tourism, voiced her willingness to work with the guild and other local groups.

“We want to figure out how to work together with the town, Main Street, business owners, Rim Country chamber and others. That is a goal of parks and rec.”

Spawn said she wants to get the road shut down earlier, with a shuttle to transport people, and designated parking spots. People would need to sign up ahead of time for the parking spots.

Hart-Richardson acknowledged Chuck Proudfoot for his years of service to Rim Country, which was recently recognized with the Heart-In-Hand Award from the Wildfire Arizona Organization, formerly the Arizona Community Action Association.

The award is given to those who “distinguished themselves by volunteering their time and talents to the areas of health care, social services, youth or senior activities, public knowledge or awareness, government services or any other aspect of community service areas especially with low-income people.”

Drive down Main street in Gilbert or Chandler and tell me you don't feel robbed. How about some legitimate updates and growth opportunities at least something that can provide work to a middle class. Stop wasting Tax dollars with light updates and murals