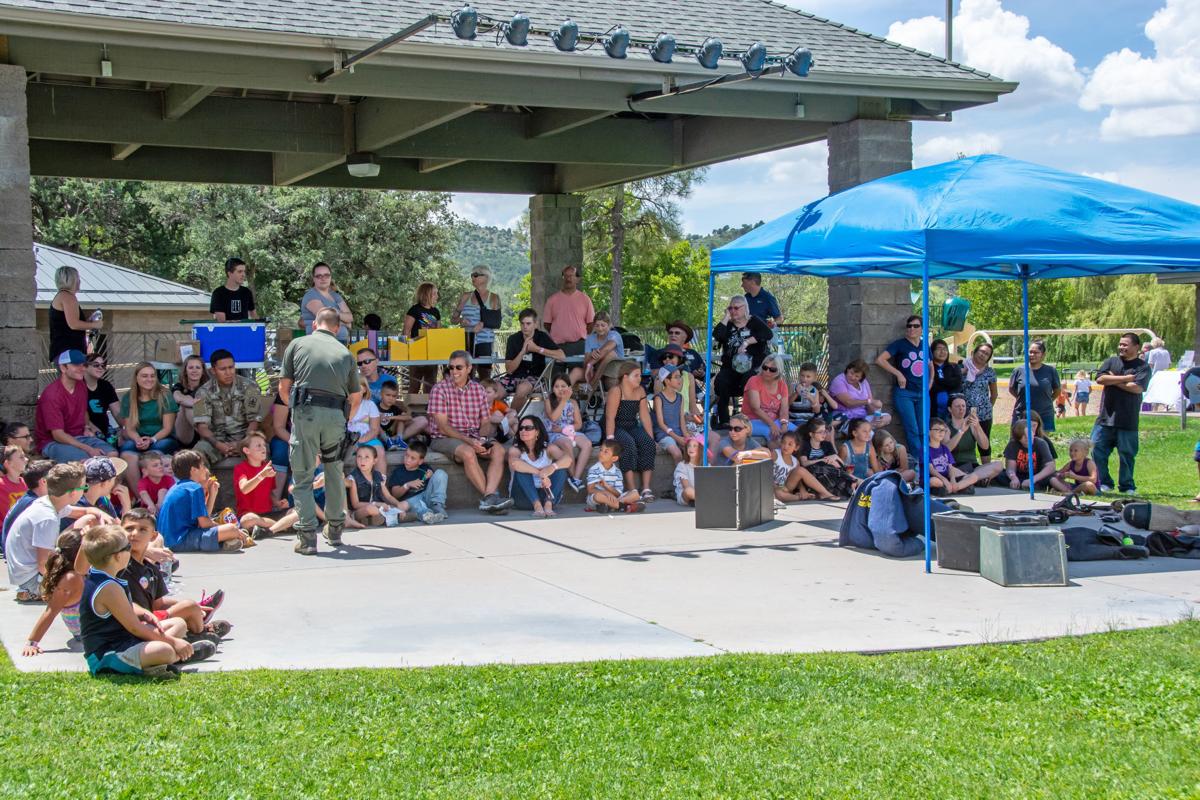 A Gila County Sheriff’s Office deputy talks to a crowd about how they use K-9s in law enforcement. 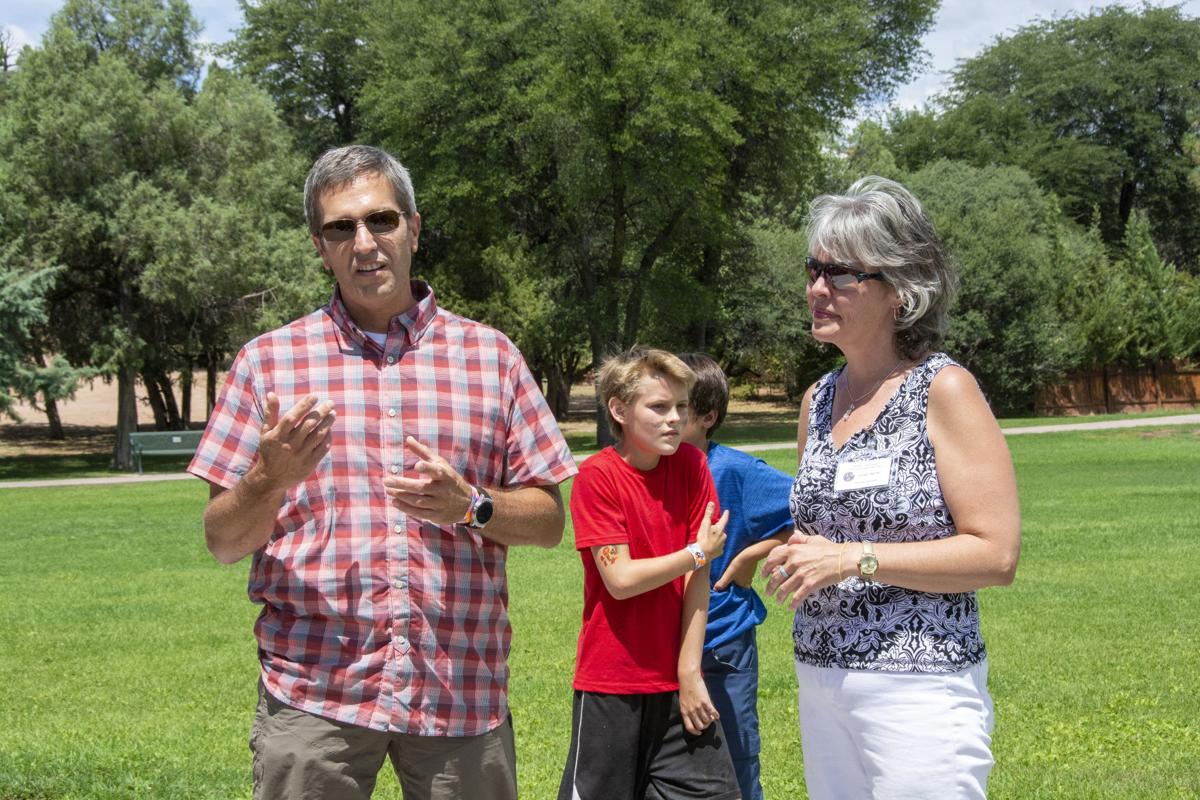 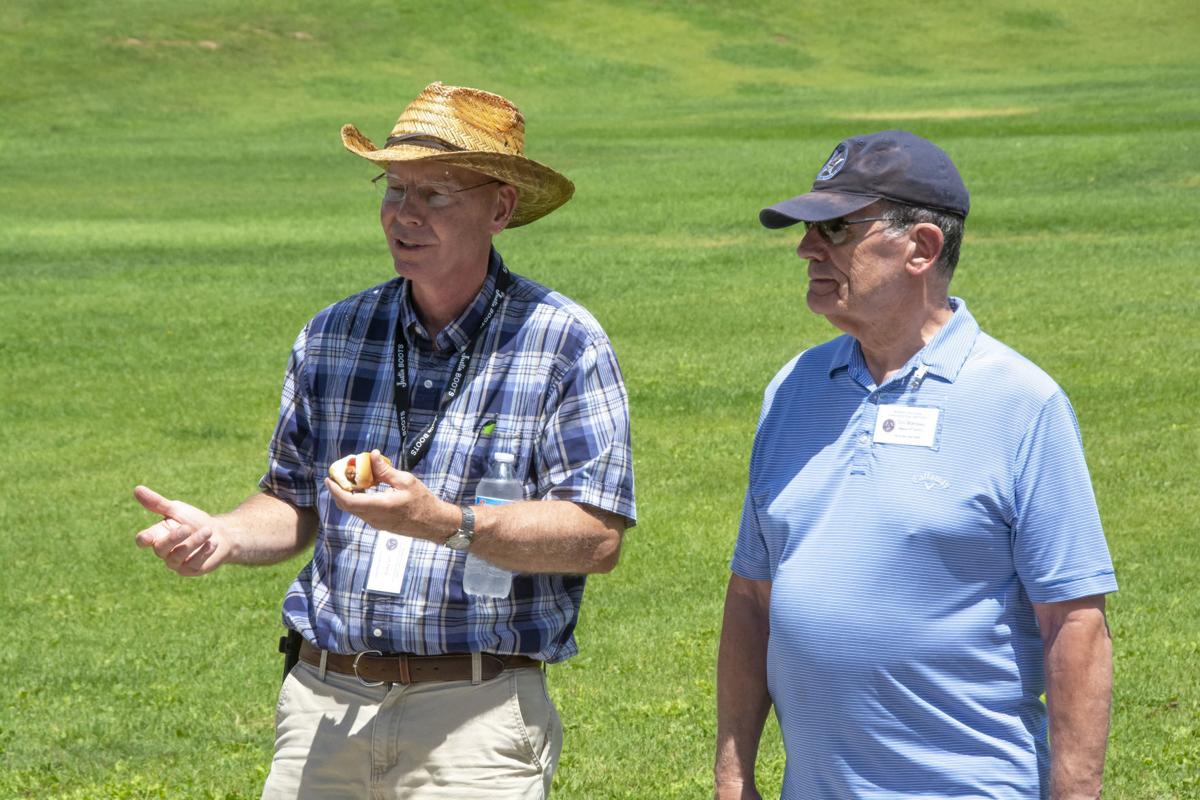 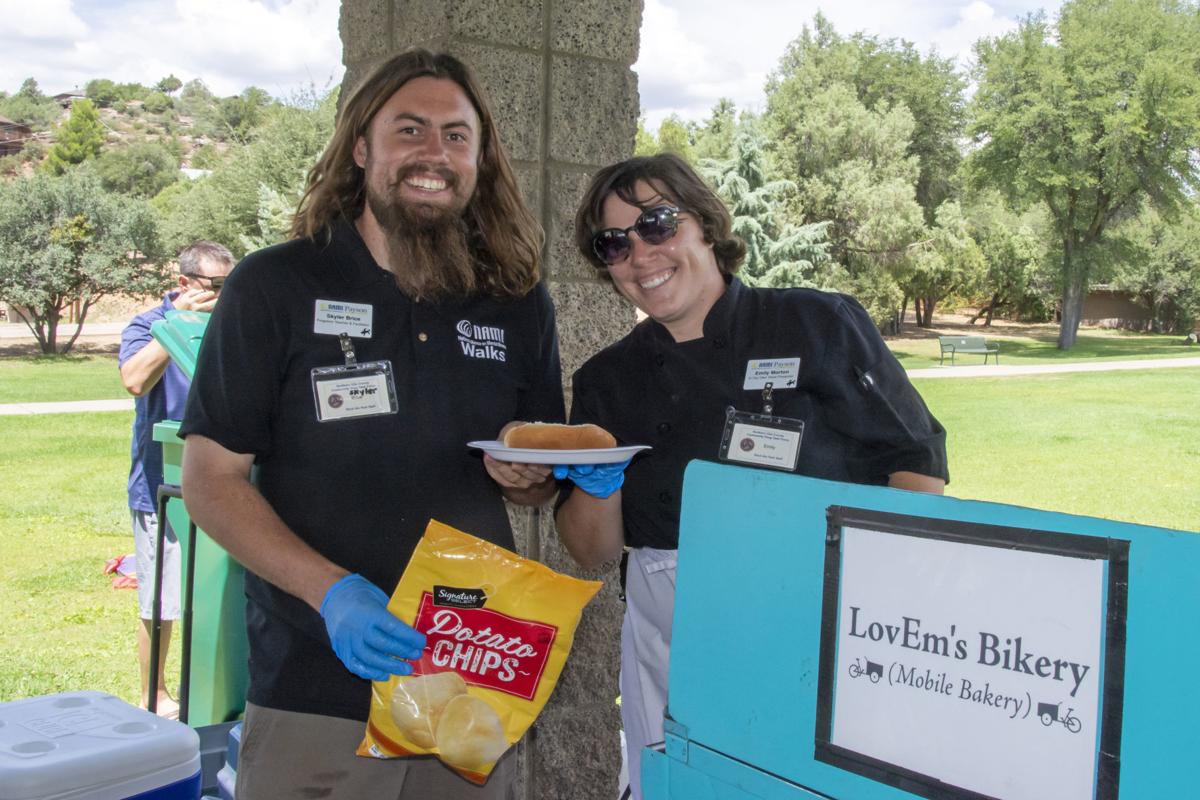 Skylar and Emily Brice represented NAMI and provided the hot dogs at Rock the Park through their business LovEm's Bikery. 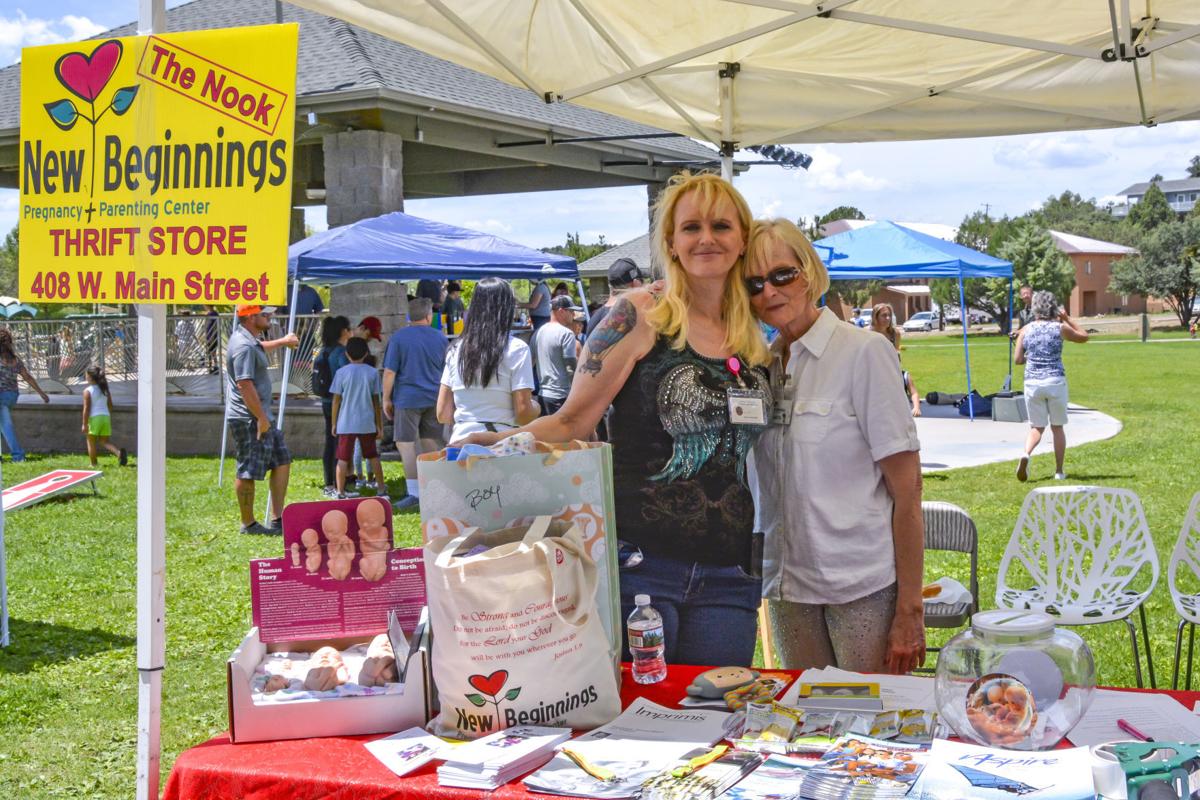 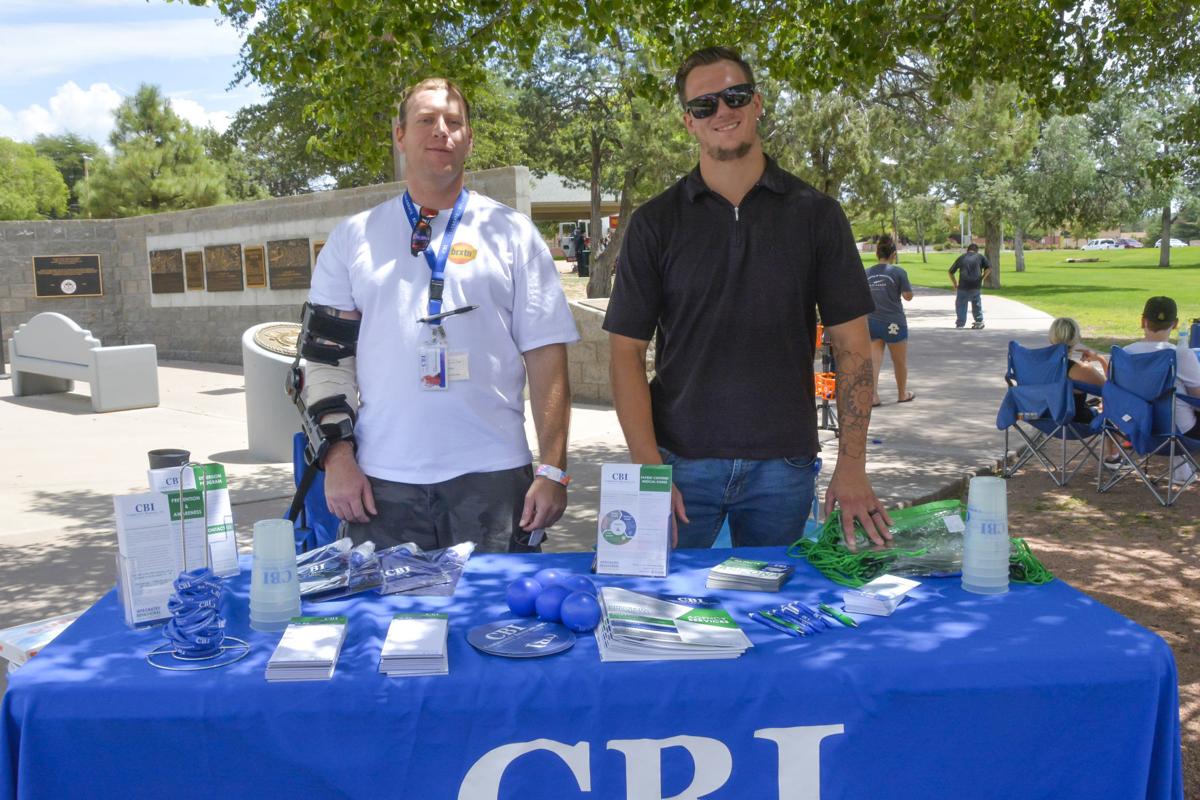 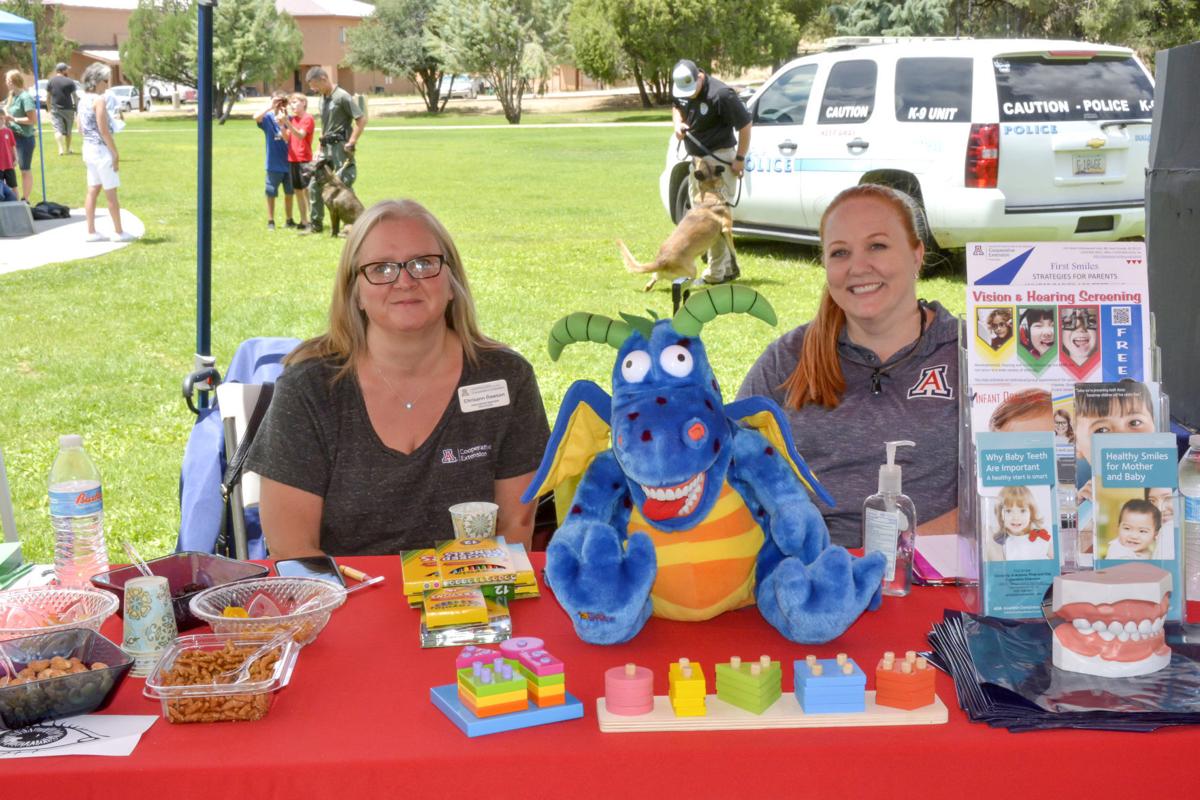 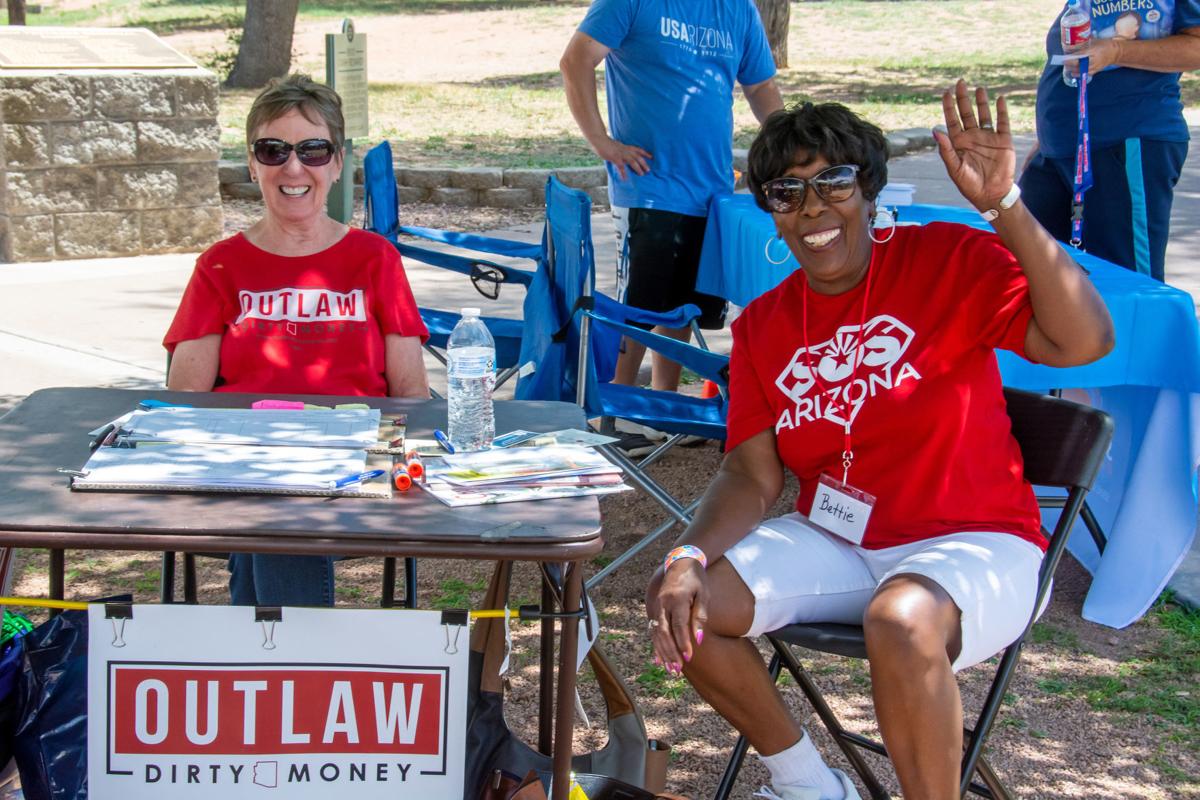 Bettie Julkes and a colleague respresented Outlaw Dirty Money at Rock the Park on August 10. 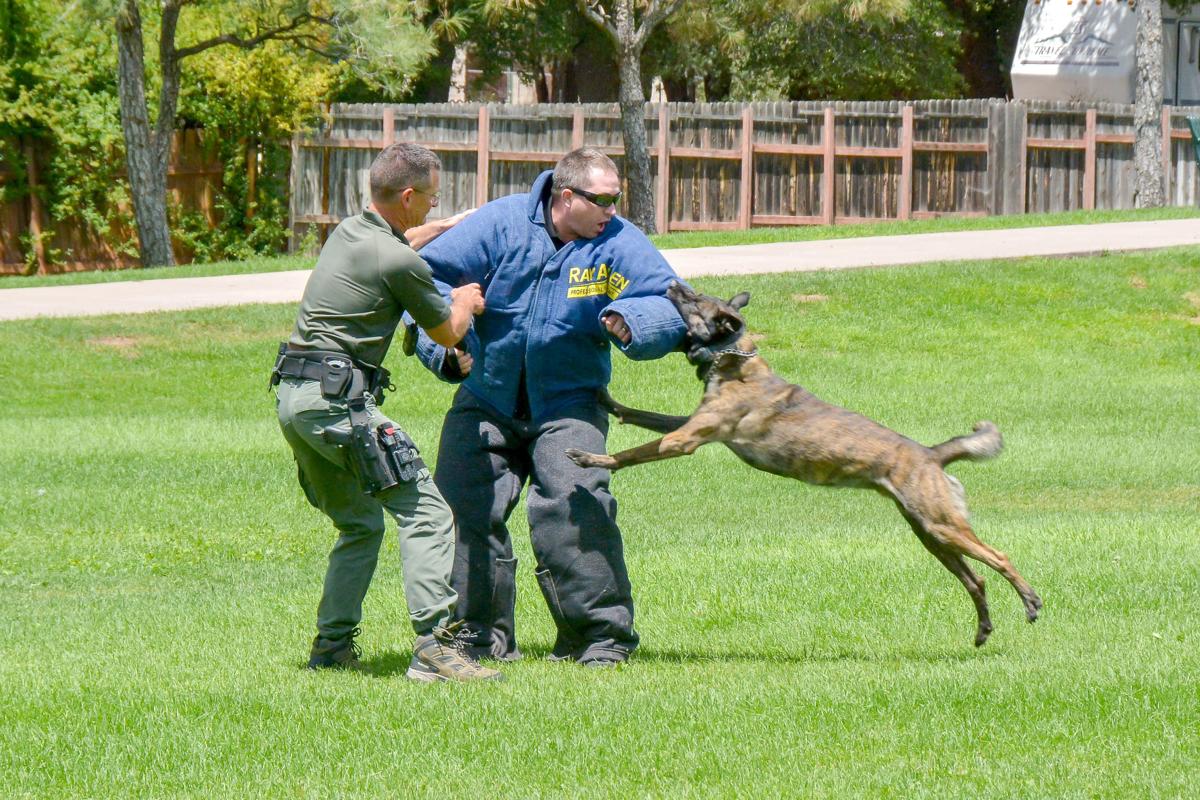 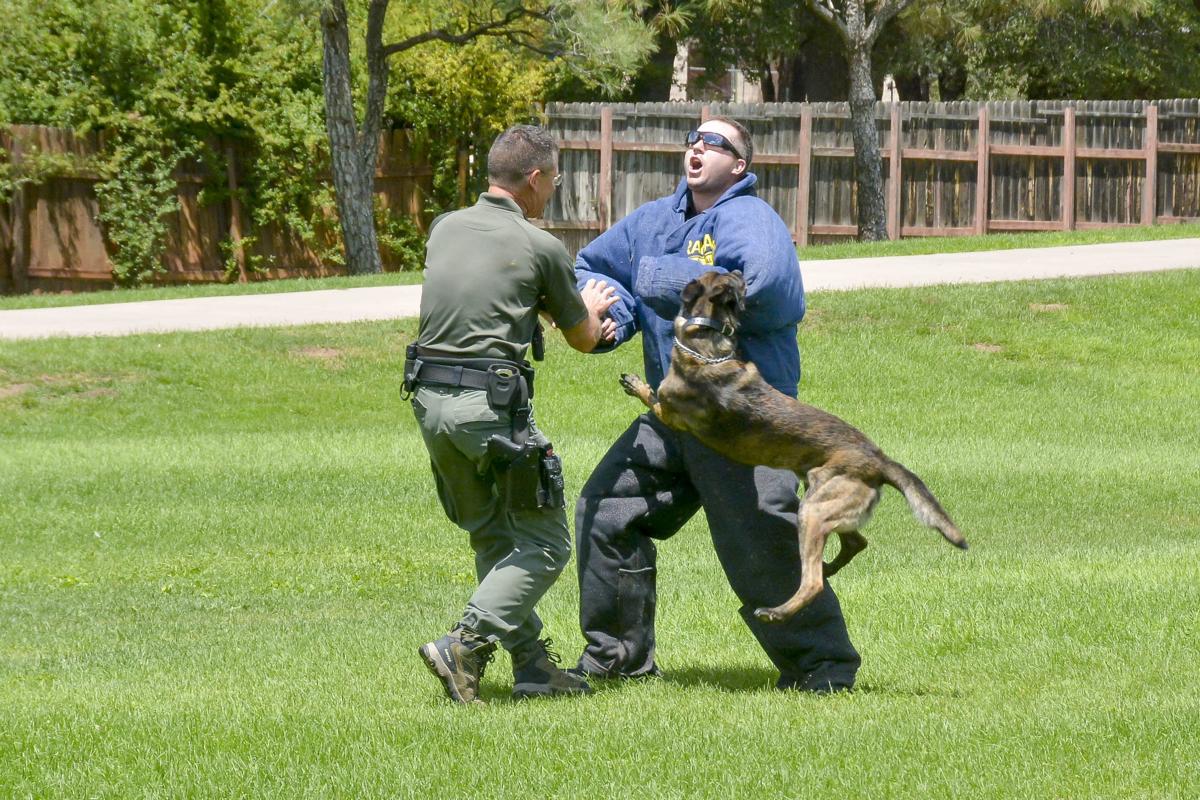 A Gila County Sheriff’s Office deputy talks to a crowd about how they use K-9s in law enforcement.

Skylar and Emily Brice represented NAMI and provided the hot dogs at Rock the Park through their business LovEm's Bikery.

Bettie Julkes and a colleague respresented Outlaw Dirty Money at Rock the Park on August 10.

The mission of the Northern Gila County Community Drug Task Force is to “first raise awareness, educate and engage the community in understanding the nature and complexity of drug use and abuse within northern Gila County; to work as an adjunct to civil authorities, emergency first responders, health care professionals, schools and other civic organizations in their efforts to deal with the causes and consequences of legal and illegal use and misuse of controlled substances in the northern Gila County area.”

Sterner introduced Tischer who spoke to the 200 attendees. Morrissey and Ferris also spoke, thanking Sterner for her role in the task force.

In a 2017 Centers for Disease Control report, Gila County has the third of fourth highest opioid prescribing rate at 88 per 100 people, compared to Arizona rate of 61.2 per 100. Both are higher than the reported national rate of 58.7 per 100 people.

And that’s just prescription drugs. Rim Country also struggles with illegal drug use including heroin, methamphetamines, and other street drugs.

Gila County is the first county in the state of Arizona to offer Naloxone Rescue Kits to anyone in Globe or Payson concerned about potential opioid drug overdose. This program is free and anonymous. In Payson, pick up a kit at the county health offices across from the post office.

Naloxone is a medication that offers temporary, rapid reverse of opioid overdose complications. It is an opioid antagonist (it binds to opioid receptors) and can restore normal breathing to a person in respiratory arrest (a life-threatening effect of opioid overdose.)

Naloxone is marketed as Narcan, a nasal spray and Evzio, an auto-injector. The Evzio dispenser contains electronic voice instructions to guide the administrator through each step of the injection.

Neither of these drugs are a substitute for emergency treatment, they buy the overdose victim time to survive between the 911 call and arrival of professional help.

Opioids were only one of the drug issues addressed at the event, but they are part of a growing problem because of abuse of prescription opioids like Oxycodone and illegal drugs like heroin.

The task force plans to provide the following services and community help:

• Assist the community with age-appropriate drug

• Recommend local or state solutions and resources for

• Identify local drug dealings and forward them to the