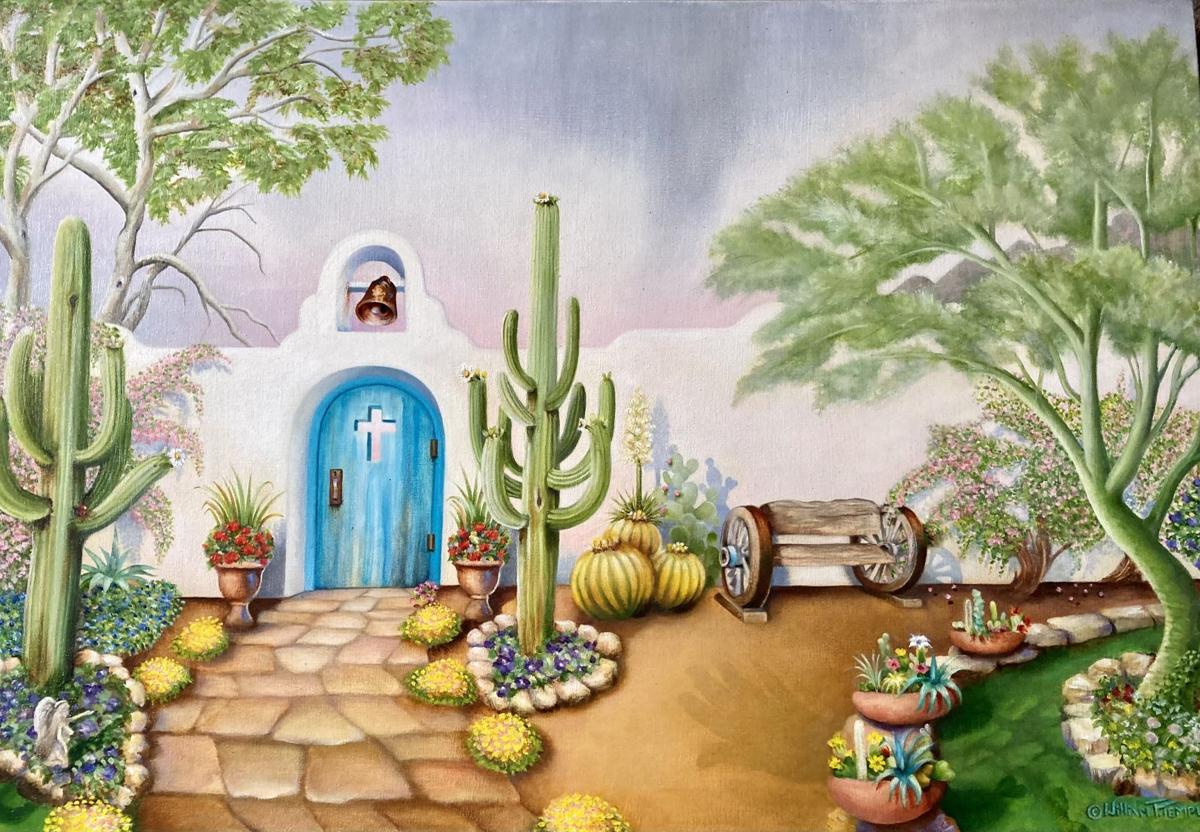 Verga over The Verde Ranch is a painting by William T. Templeton. 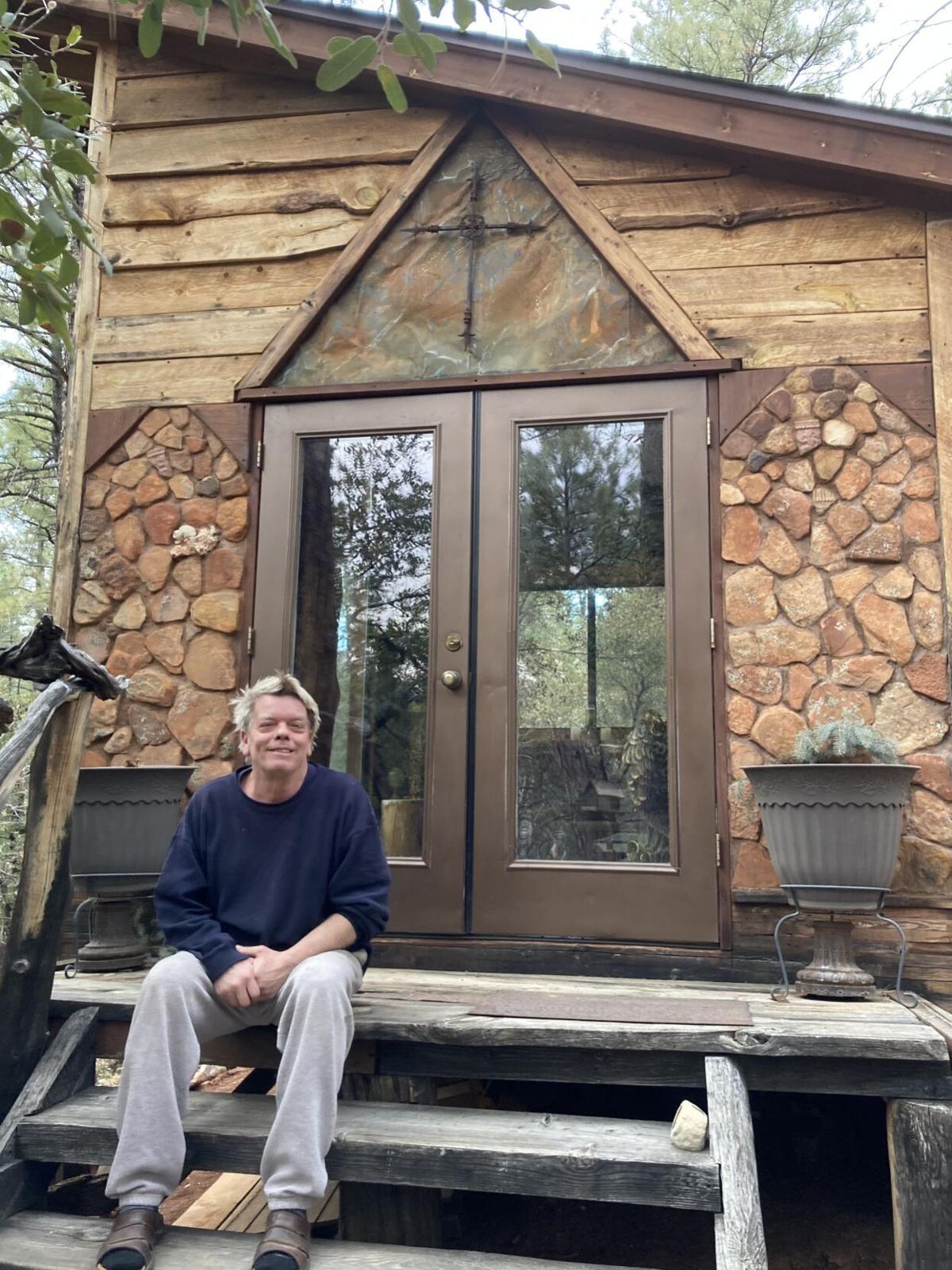 William T. Templeton built a chapel on his property in Pine. 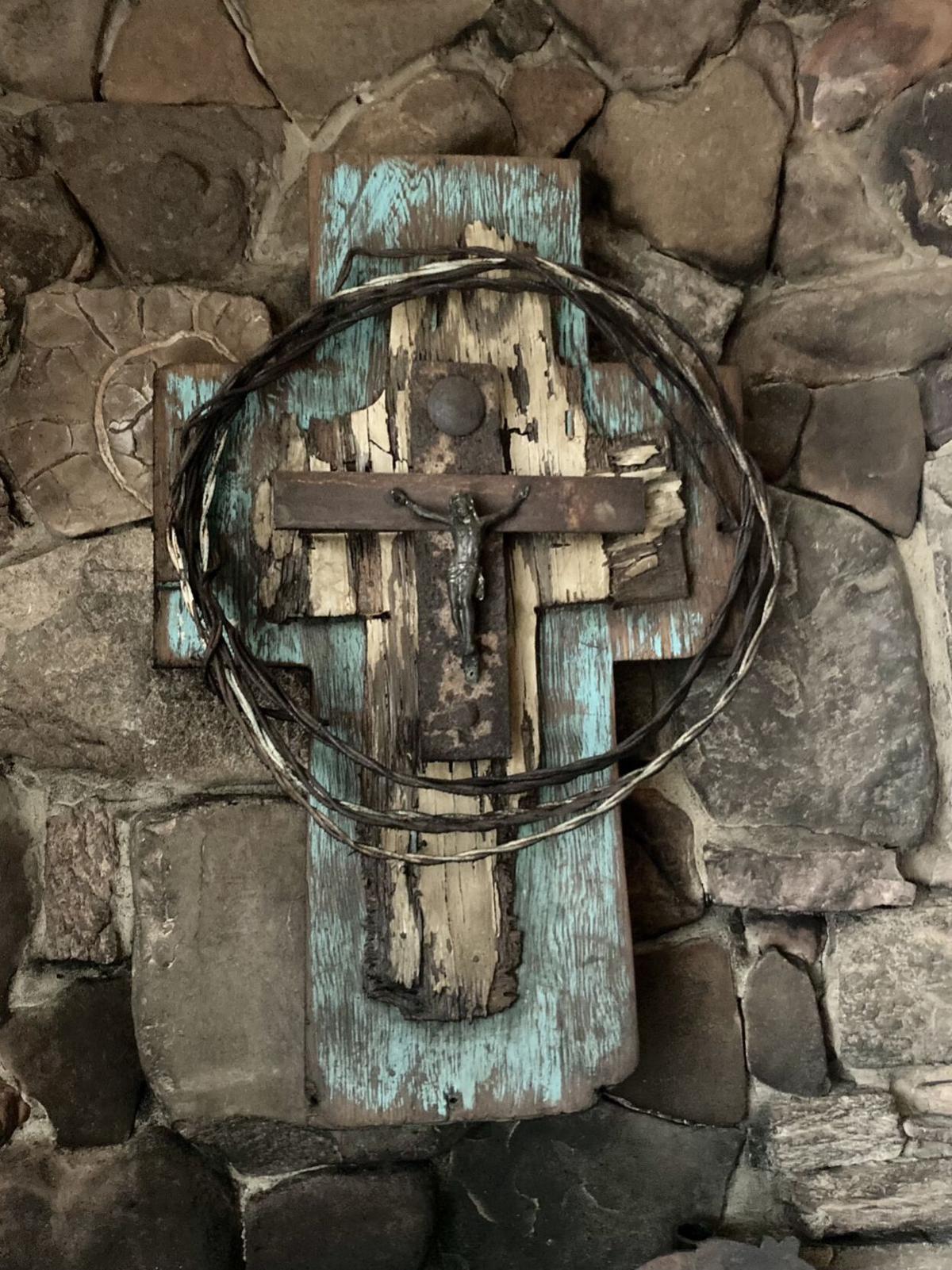 Crown of Thorns by William T. Templeton. The turquoise wood base came out of the ocean off of a fishing boat. Templeton found this chunk of wood in the surf, and the other findings in the mountains.

Verga over The Verde Ranch is a painting by William T. Templeton.

William T. Templeton built a chapel on his property in Pine.

Crown of Thorns by William T. Templeton. The turquoise wood base came out of the ocean off of a fishing boat. Templeton found this chunk of wood in the surf, and the other findings in the mountains.

While fine artist William T. Templeton found success, he says his life was missing something. He found it in Pine.

Templeton moved to Arizona in 1979, where he continued his art education at the University of Arizona.

“I just kept moving north,” he said, finally landing in Pine about 18 years ago.

He bought a “handyman’s special” home, as he described it, brought it from a run-down shack to a quaint rustic cabin, then he built a tiny chapel on his property

Templeton was transitioning — leaving a fast-paced and wild life for the peace and inspiration found in Pine-Strawberry. His goal was to be an artist full-time.

“I had to protect the investment in myself,” he said. “I‘ve learned I’ve got this gift.”

Templeton was already in galleries, and already selling nationwide, if not worldwide, and being asked for commissioned pieces. He was searching for something, he found “it” and himself in Pine.

“I needed God’s help,” he said. “I started building this chapel.”

Under 500 square feet, the rustic building has one long pew that faces floor to ceiling windows with an amazing western view — a quiet spot that calms the soul and asks for reverence for the world.

“I wouldn’t have been able to achieve what I’ve achieved without a higher power,” said Templeton. “My daily prayer is please help us to help others.”

A priest friend once told him, ‘The closer you get to God, the better your art will be.’

“I got closer and I got better,” he said.

“Have everything compositionally planned in advance,” Templeton chuckled as he talked about a master painter he learned from, whom Templeton called “an old goat.” This is a technique Templeton rarely uses.

“It lacks inspiration, it lacks adventure,” he said. “All the living that I do, that’s in my art.”

Paintings have taken eight months to finish, one he finished in one day.

When creating, Templeton finds himself in a state of flow.

“A person in a state of flow, it’s an almost euphoric state of creativity. Everything else drops away,” he said. “I work until I physically have to stop.”

Creative in many mediums and often combining them, his art includes oil painting, pencil drawing, wood, metal and unusual items he gathers.

“They called me a Southwest Mexican folk artist,” Templeton said. He self describes as eclectic, whimsical, and Southwest. His art follows his inspiration. We can find complex and detailed pieces next to a straightforward, simple composition.

He started building crosses. His first was crafted from a bit of water logged wood he found on a California shoreline. A piece of a shipwrecked turquoise boat.

They became gifts, memorials and treasures for family and friends. Eventually they became part of his production. To date, he has created almost 900 crosses.

His goal is to inspire others and to be inspired. His artwork can be found on greeting cards. He sees that as a chance that people can get back to the written word.

“If we communicate more, we can make the world a better place.”

Here you can find his collections and a variety of ways to display them.

Find his crosses and greeting cards for sale locally at the Rusty Pine Cone on Highway 87 in Pine.

“To be able to do something you love to do and still call it work is a blessing.”