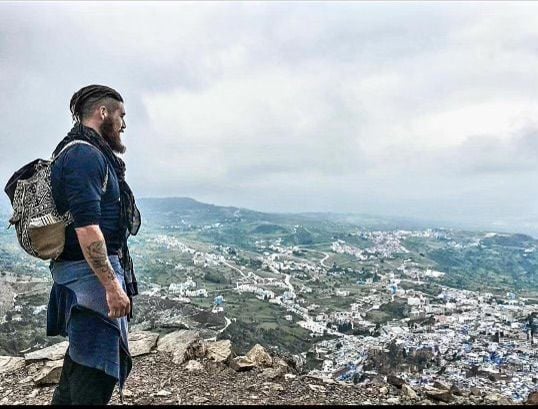 Brett Tierney on one of his many travels around the world. 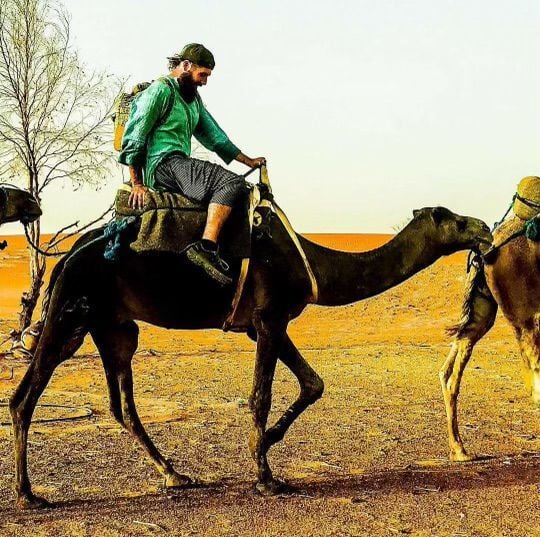 Brett Tierney on a camel ride in Morocco. 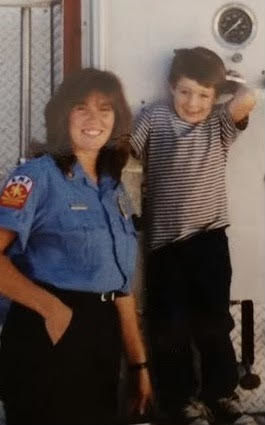 Brett Tierney on one of his many travels around the world.

Brett Tierney on a camel ride in Morocco.

Traveling artist and Army veteran, 30-year-old Brett Tierney leads what most would call an unusual life.

Mostly he makes music, and with today’s technology he can do that on the move, and move he does. Traipsing across the globe, Tierney has lived a life where success is gauged on experiences.

As a child, Tierney attended Pine-Strawberry Elementary School, where he had perfect attendance.

He said he had a community there that he valued. Still close with some of those friends, he says that he couldn’t find that in high school.

“I couldn’t hang with everybody and I hated that,” he said. As kids move into high school, cliques become a thing, and Tierney couldn’t understand that.

“I don’t like to sit still. It didn’t challenge me enough,” he added.

With his mom’s blessing, Tierney found a National Guard program for teens. After that he signed up for the Army at 17. He served from 2007 to 2015.

“The Army gave me discipline and the ability to pay attention,” he said. “The Army made attention to detail way easier.”

Tierney was a truck driver and deployed to Afghanistan twice. Outside of family trips to Mexico, this was his first introduction to the outside world.

He found an expanse of his perspective, and his critical thinking, and his wanderlust grew.

“It made me consider experience,” he said. He valued research, people with experience and community.

Upon returning to the states, he worked in sales in Florida for a short time, and chatted with the older generation.

“Hundreds of seniors told me, ‘I wish I hadn’t taken my life so seriously’ even though they are living in mansions.” He committed not to look back on his life with that regret.

In 2016 he and his ‘Tata’ (grandpa) built a travel trailer and Tierney traveled to about 40 states that year.

He found prejudice and judgment, based on his appearance and then kindness and acceptance only if people would talk to him.

“I have an Arabic tattoo and a beard,” he said people would automatically think the worst, “then I would tell them I am a veteran.” The tattoo is for his unit while deployed.

After a year on the road in the United States, Tierney decided to see the wider world and began traveling abroad, but more in the backpacking style.

His friends and family were worried. “There are so many things to see in your own country, why would you want to leave?” they asked him.

“I saw that as an inability or lack of willingness to experience, why would you only settle for that?” he retorted.

So he set off with what he could carry and an idea to see new things.

“I actually learn about the culture instead of the tourist stops. I read the newspapers to try to understand the language.”

He has walked and/or bicycled in and around 25 countries. He has slept in a hole on a beach in France to avoid the wind, learned about a home that a community spent over a year moving by hand because it was all that was left after Hitler’s bombs, and been kind of arrested for sleeping on the King’s property in Morocco.

“(Nepal) made me feel tiny,” he said. “Those mountains are the biggest thing I have ever seen in my life. These are cool mountains, but they are baby mountains,” he says of our Mogollon Rim.

In Morocco he was camping by the beach and south of a mall in Casa Blanca when officers roused him around midnight. In French and broken English, he understood them to say he couldn’t stay there because it was dangerous.

“I’ll deal with the danger,” he chuckled. He then understood them to say he could stay. So he did. The next night the officers arrived with a van and took him and his belongings to the station where he was questioned for six hours.

Tierney finally understood he was camped on the property of the King, the castle being just up the road. He was released, but has been banned from all royal property.

During his travels he has developed a long list of rules, he shared 3.

“Never say no to food or drink.”

“Always stop at a winery in the middle of nowhere.”

Tierney has learned to mediate, at least once for an entire day. He has partied for two weeks in Marseilles, France, and ridden a camel in the deserts of Morocco.

“I’m doing everything I’ve wanted to do. I am happy with my life.”

He leaves for Tangier, Morocco, in a week. He plans to find a base of sorts in Cambodia, he said. He had about 100 DJ gigs when he was there last.

He plans to DJ and create more music. His music can be found on Spotify under “The Drug Emotion”.

No doubt his account of experiences will grow in excess and he will be considered successful.