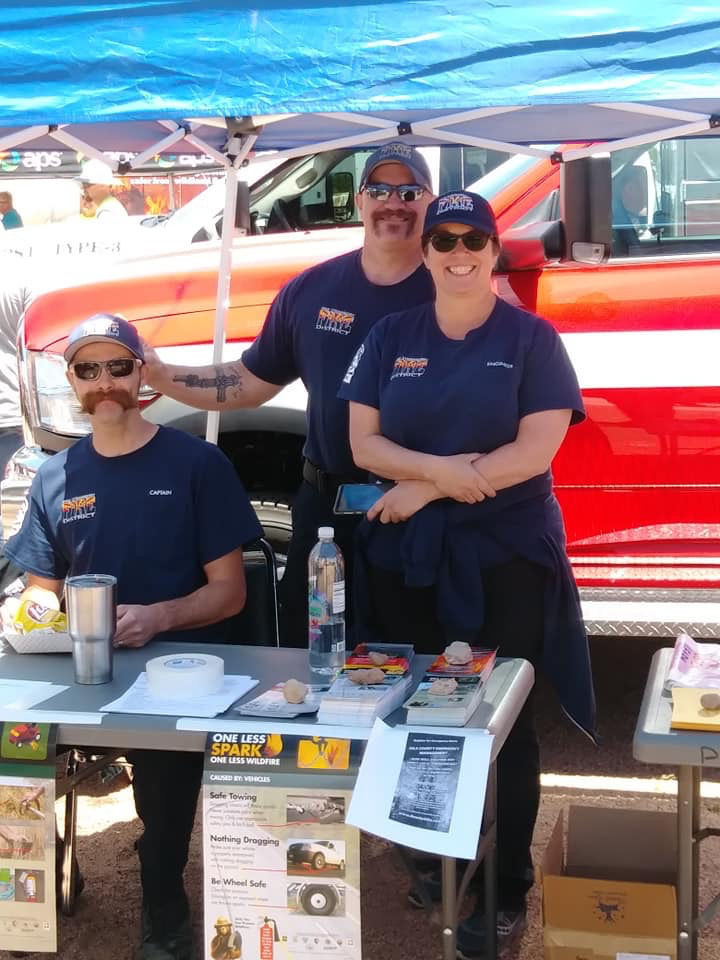 Members of the Pine-Strawberry Fire District at a community event. 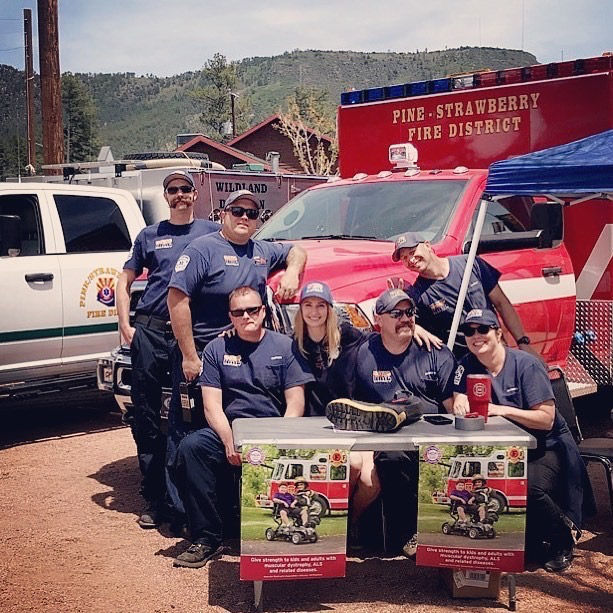 Members of the Pine-Strawberry Fire District.

Members of the Pine-Strawberry Fire District at a community event.

Members of the Pine-Strawberry Fire District.

Last year was a busy year for the Pine-Strawberry Fire District (PSFD), according to Chief Gary Morris.

The fire district saw a 10% increase in emergency activity from the year prior, responding to 721 calls, 68% of which were for medical emergencies.

Medical calls typically account for 65% to 75% of PSFD’s calls.

In a typical month, paramedics treat at least one person suffering a serious, life-threatening medical emergency.

With the overall call volume increasing, the possibility of two or more calls occurring simultaneously increases. This can create delays with only five firefighters on duty at any one time, said Morris.

“Sometimes firefighters are not available to respond, so as a further backup, at the same time of the recall alert, the district places a mutual aid request to the Payson ambulance service, which will also respond to the emergency,” he said. “The district also has an automatic aid agreement with the Payson Fire Department, which will dispatch a backup response should the district’s firefighters be tied up on any kind of emergency.”

P-S residents live in one of the best protected communities in the state, he said.

“There is a fire station in each community staffed with firefighter EMTs and paramedics. The two stations ensure a more rapid response to emergencies than can be achieved by a single station. Rapid response is very important during a serious medical emergency. Rapid response is also important to reduce fire damage,” he said.

Adding to the PSFD rapid response, P-S has air support.

There is no other rural region in Arizona that has two medical helicopter services stationed a mile apart. Air Evac is stationed at the Banner Payson Medical Center and Native Air is at the Payson Airport. The Pine landing zone is at The Church of Jesus Christ of Latter-day Saints. From liftoff, a patient can be at a Valley hospital in about 20 minutes, he said.

Take Pride in Pine and Strawberry, a 501(c)(3), is a group of residents interested in small projects that may go unnoticed, but maintain the quaint village feel and appearance that defines the Pine-Strawberry communities.

Take Pride is on its annual hunt for a volunteer of the year. This is the chance to recognize a volunteer that stood out in 2019. Anyone who has volunteered for a group or event qualifies.

They will accept nominations until April 1.

• Friday, Feb. 28 at 1:30 p.m. join knitters who will meet at the little library on Randall Place. Beginners to experts are welcome. Bring an existing project or an idea.

• Saturday, Feb. 29 at 10 a.m. is a birthday party for Dr. Seuss. Celebrate the magical world of Dr. Seuss with your kids, grandkids or neighbor kids. Come one, come all to the land of Whoville with Cat in the Hat and other creative characters from the world of Dr. Seuss.