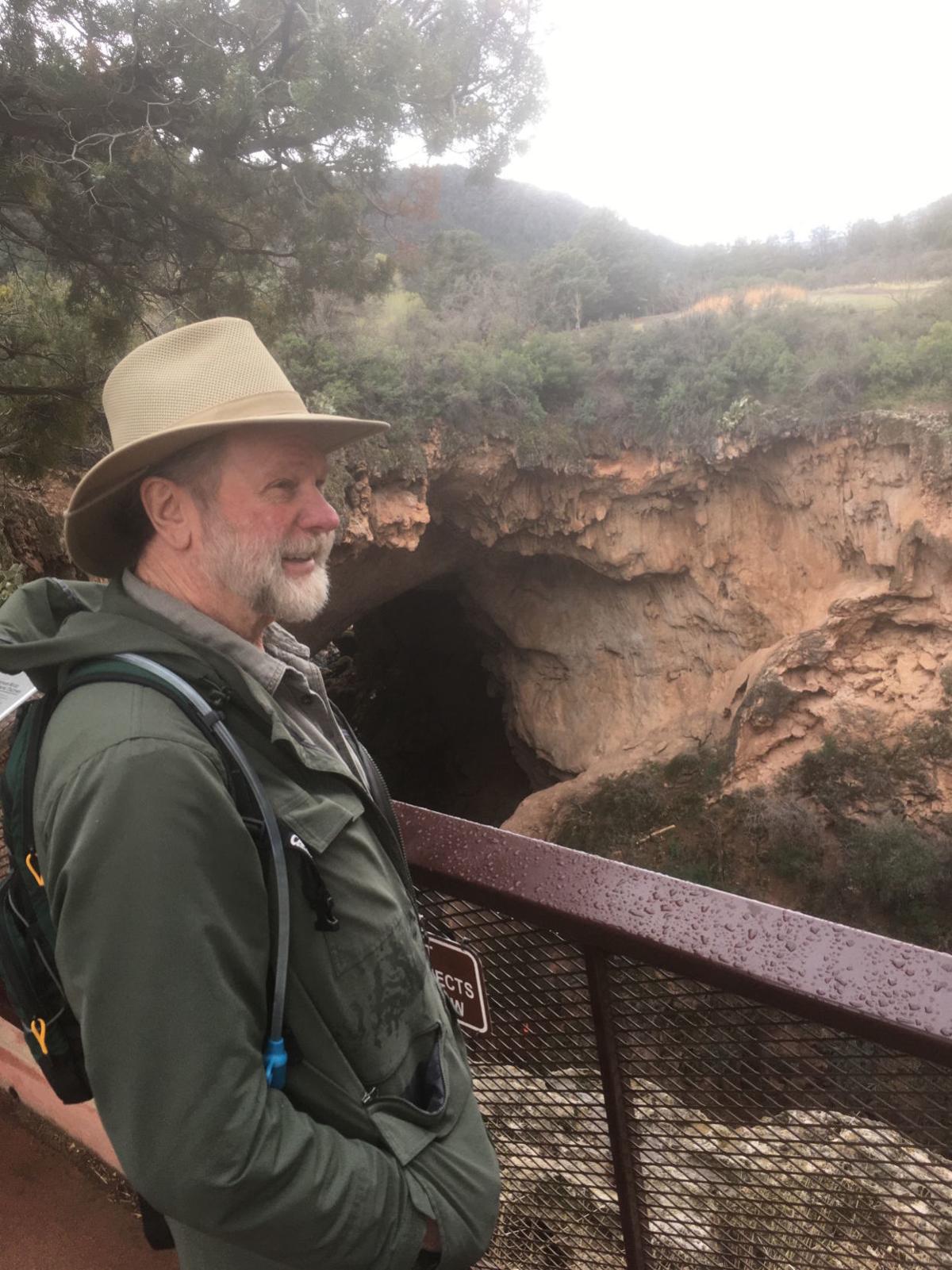 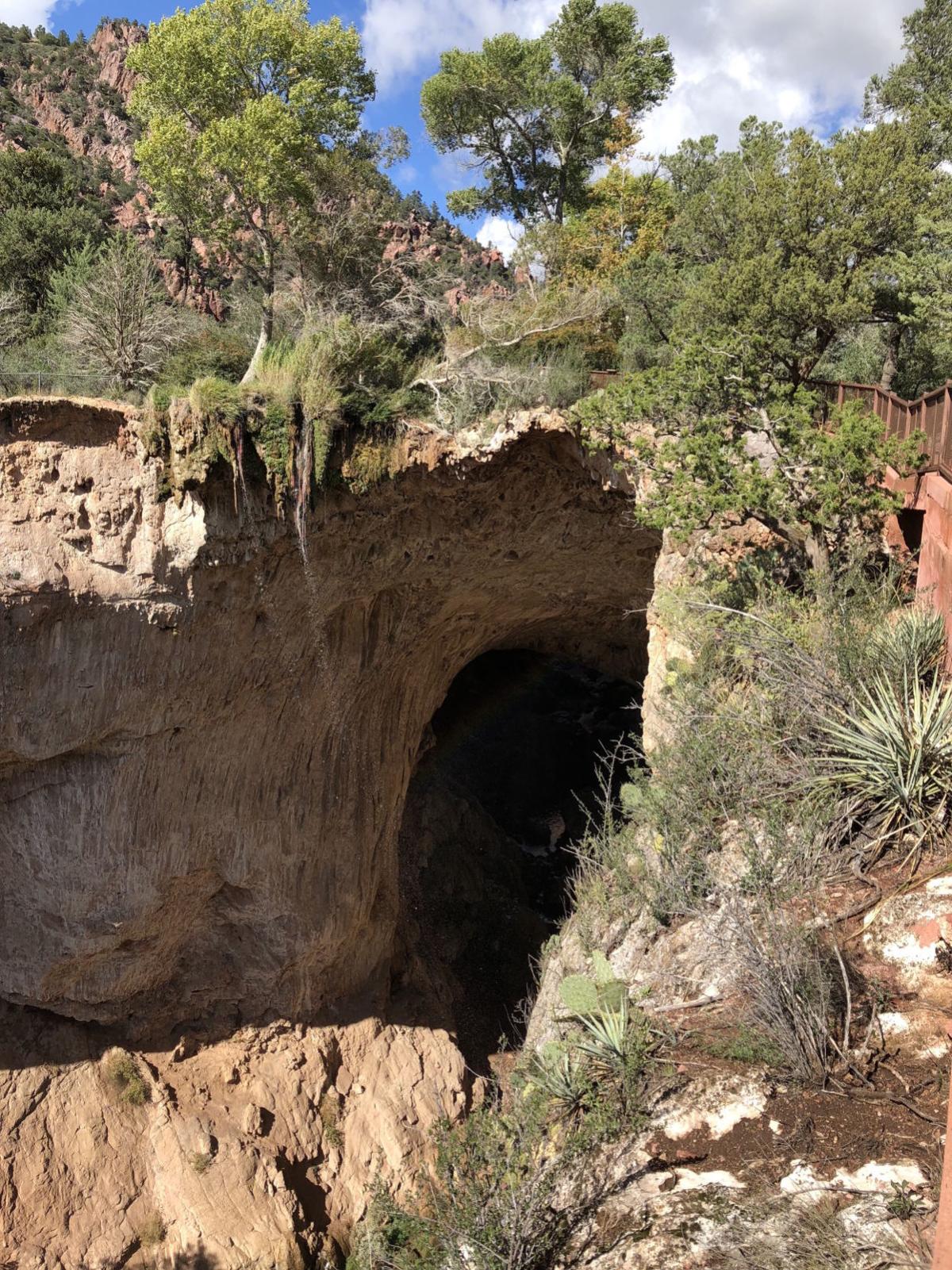 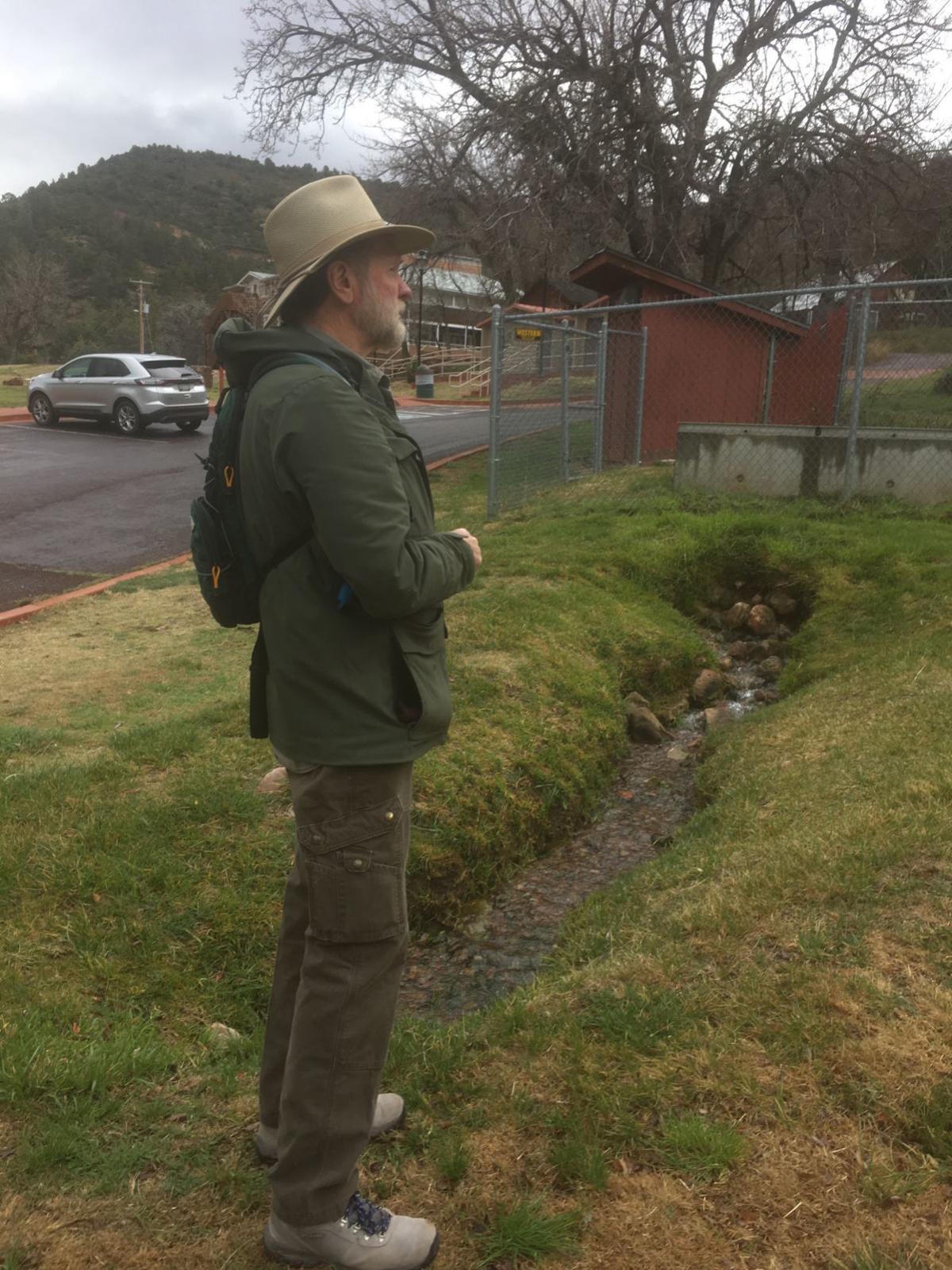 A spectacular bit of art created by water, time, sediment and erosion is a backyard jewel for the residents of Rim Country.

Residents often take visitors to the Tonto Natural Bridge State Park to show off just how beautiful and diverse Rim Country can be.

Living on the bridge property for 22 years, retired Park Ranger Steve Soroka has a varied collection of memories and stories that he shared on a rainy Tuesday as we hiked the viewpoint trail and toured the lodge. Soroka hired on to the Arizona State Parks in 1991.

“I was always spending time outdoors, I thought, maybe I can make some money at this,” said Soroka.

Soroka was hired as a ranger and assistant manager for the brand new, recently purchased Tonto Natural Bridge. He helped clean up and refurbish old buildings and maintain and add trails.

That’s where the stories start. During the restoration of the homestead cabin, which now serves as the park office, Soroka found a trapdoor in the floor. Intrigued, he went down. He found Prohibition bottles and other “junk.” Some of those items are in the lodge now along with photos, captioned to provide snippets of history to the visitors.

Starting in the 1870s, the Goodfellow family farmed the small valley and many of the fruit trees were still producing during Soroka’s time. With two to four natural springs to use for irrigation, Goodfellows feasted on and sold blackberries, pears, apricots, apples, cherries, peaches, grapes and more. In fact, there was an apricot tree that had produced 100 bushels of apricots, getting it into the Guinness Book of World Records, Soroka said.

After a few decades, the family realized that there was money in tourism. This unique bit of nature in their small valley was an attraction that would lure people down a three-mile hand dug dirt road.

The property would be sold a couple of times, and in 1991 Arizona purchased it as a state park. The state also built two homes providing living space for the rangers, making the bridge Soroka’s front yard for 22 years.

During his years welcoming visitors, Soroka has collected stories about the history of the bridge and the 160 acres it sits on. As visitors came in, folks would tell Soroka of their visits prior to state operation, even bringing gifts, including the original road sign from the ’50s or ’60s. A man hired to haul debris to the dump heard metal in the pile. He dug in and found the old sign. It now hangs in the gift shop.

For Soroka, each day started with a walk around the park before opening to guests. Most days that was routine. One morning in 2005, things had changed forever.

“When I saw my foot shake, I knew,” said Soroka. An earthquake awakened him early one morning in 2005. On his morning hike, he discovered large chunks of the cliff had sheared off and fallen onto the original Gowan trail, said Soroka as he pointed out the rocks from viewpoint No. 4. The trail was well known as the steepest, and is on the northeast side of the bridge. It is permanently closed because of those boulders.

After walking the park, Soroka would make the three-mile drive up the winding road to Highway 87 to open.

“I never ever tired of this drive up this hill,” said Soroka of the views.

At the entrance, there is a whiteboard showing the wildlife that might be seen at the bridge, which includes the coati.

“The first time I saw one I thought it was someone’s dog,” said Soroka. “It was pretty amusing.”

The coati are becoming a more common sight in the summer at the bridge, he added.

Walking by the ditch fed by the spring, Soroka once found a baby javelina stuck in the water and unable to climb out; two sows were watching and Soroka assessed his ability to intervene.

“He was crying, I reached in, picked him up and two sows were watching me,” he said. He set the baby down, it shook like a wet dog and ran off with his mom and aunt, laughed Soroka.

They discourage visitors from interacting with wildlife, but to take lots of photos and memories home. He has seen visitors chasing javalina thinking they will react like a pet dog. This can be very dangerous.

Looking into the canyon on one of his routine patrols, Soroka thought he saw a house cat. Walking down the trail to see it, Soroka discovered a lynx.

“It disappeared as soon as it saw me,” he chuckled.

Visiting the bridge, guests ask lots of questions. “How far is the bridge?” and “Where is the restroom?” probably being the most common. But those same guests can bring a smile to the ranger’s face as they learn about the nature and the history of the park.

When the look of amazement comes over their face, Soroka said he finds that most rewarding. For some visitors, visiting the bridge may be their first experience in a park, as evidenced by their foot ware.

“I’ve seen a lady in a pair of high heels hike down to the trail.” he said.

An older gent lost a cane in the creek that had great personal value. Fearing it lost forever, he lamented its loss to Soroka, on duty.

“I had a rope in my pack and I said hold on a minute.” He pulled the cane out. “He was so happy,” said Soroka.

On a holiday weekend in the summer, more than 2,500 people can visit the park in one day. Some come from as far away as Ukraine.

It was the end of the day that Soroka valued most.

“When we lock the gate for the night and there is nobody here but you, it’s such a magical place. There is so much going on down here,” he said.

Loved the story Steve. See you at the Chalet 😁