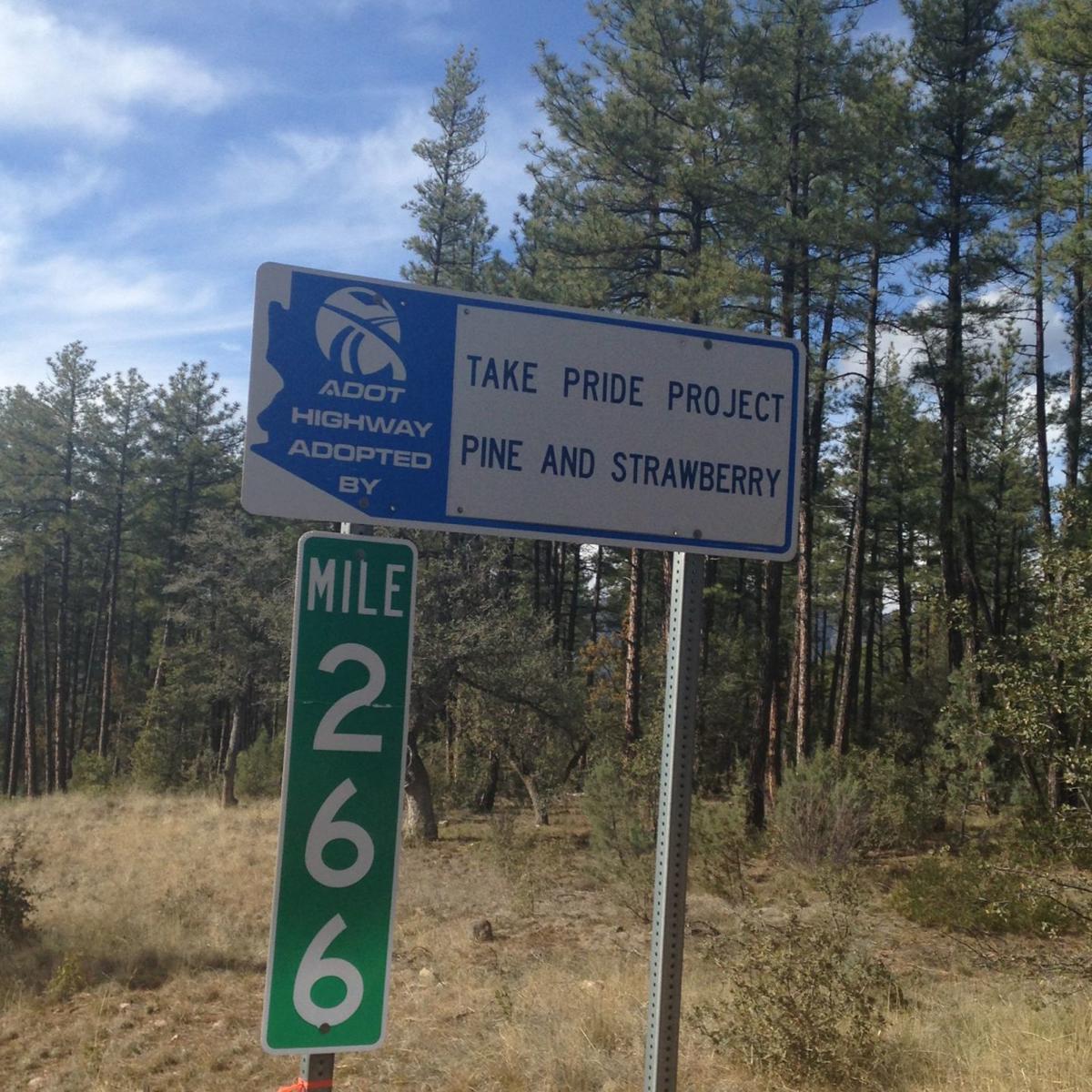 Among their projects, the Take Pride group maintains a mile along Highway 87. 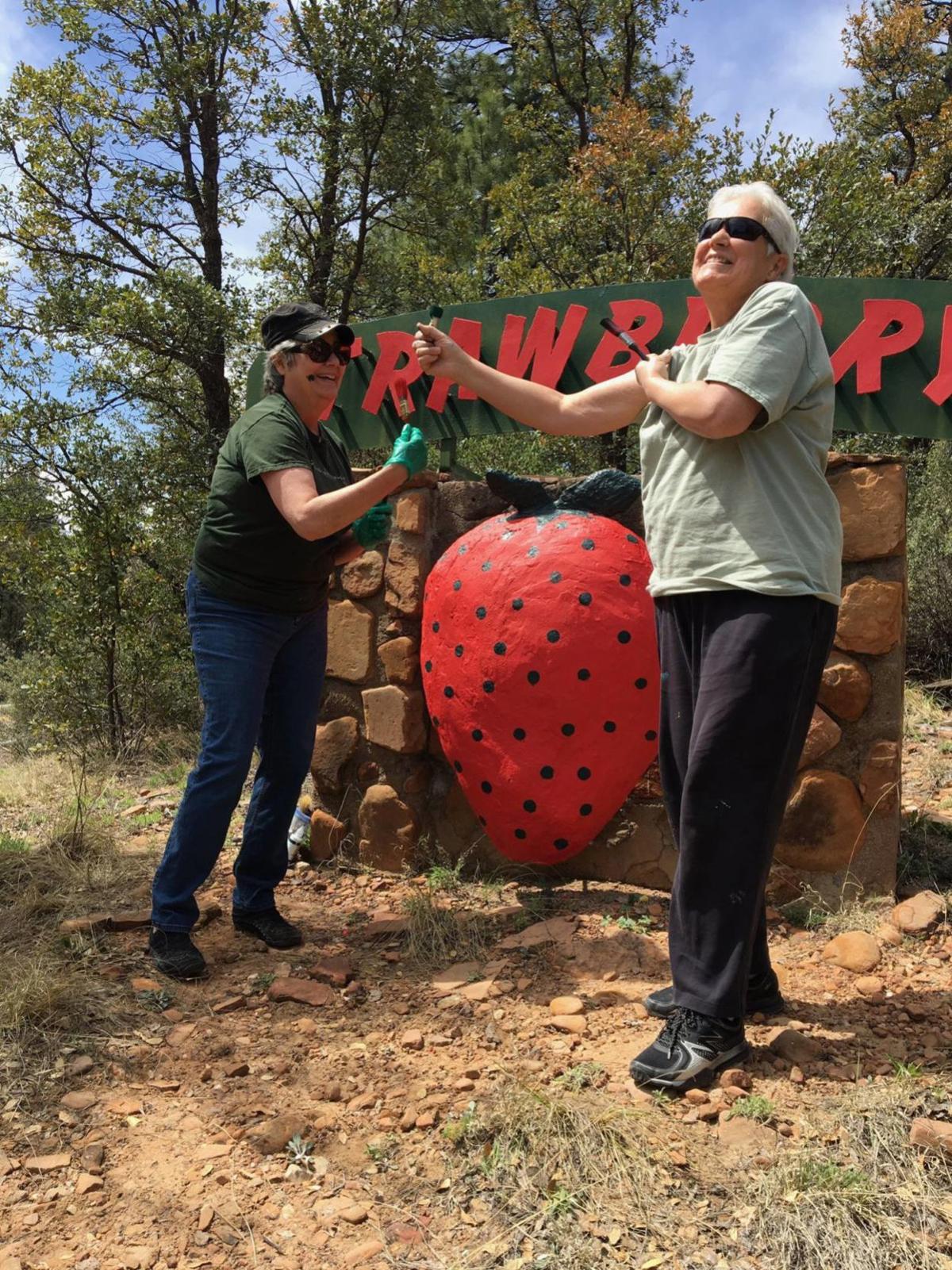 The Take Pride volunteer group touched up the Strawberry welcome sign in 2017.

Among their projects, the Take Pride group maintains a mile along Highway 87.

The Take Pride volunteer group touched up the Strawberry welcome sign in 2017.

Take Pride in Pine and Strawberry is a nonprofit group made up of residents interested in small projects that may go unnoticed, but maintain the quaint village feel and appearance that defines P-S.

Take Pride is on the hunt for the annual Volunteer of the Year. This is the chance to recognize a volunteer that stood out in 2019 for their work in the community. All volunteers qualify, regardless of the group or event.

They will accept nominations until April 1.

Community volunteer Ira Gibel started Take Pride in 2002. At 77, he is still at the helm of the group.

“I’ve always been a volunteer,” said Gibel. “I have a sign on my refrigerator that says, ‘Stop it before I volunteer again.’”

Projects completed by Take Pride in the past 18 years include adding plants at the park and post offices, cleaning up graffiti, working on the town welcome signs and cleaning up Highway 87 two or three times a year.

Take Pride has two goals: improve the quality of life in Pine and Strawberry and make the communities more attractive. Have you eaten lunch at the Randall Park? Enjoyed the flowers at the post office? Had your kids or grandkids play at the community center playground? Well, you can thank Take Pride for those projects. Ongoing projects include regular cleaning along Highway 87, placing recycling bins out at all P-S events and providing composting plates and utensils for the Fire on the Rim mountain bike race.

The group’s first project is still one Gibel remembers well.

In 2004, they sent more than 5,000 letters to the Arizona governor, Sen. John McCain and other high-level state politicians asking to help save the forest.

“Gov. Napolitano said, ‘Pine-Strawberry we hear you,’” he said. “That was one impetus for starting the thinning of the forest around Pine-Strawberry.”

Gibel and his wife Roz moved to Pine in 1998 after he retired as a teacher and coach in Long Island, N.Y. after more than 30 years. Being outdoor enthusiasts, he said they were looking for a healthy environment to live. Roz had spent most of her career working in a highrise with pumped in sterilized air.

We walked on the beach most mornings, he said, of his native New York, and we camped a lot.

“Since I was a health teacher, I was very interested in a clean environment,” he said.

On a road trip with a friend, Gibel called his wife after driving through Payson to tell her the good news.

“I found one of the cleanest places in the world, the air is good 24/7,” Gibel said.

Surveying their home, which borders the national forest, Gibel’s son told him, “This is the best campsite you’ve ever had.”

Gibel started volunteering almost immediately. He coached wrestling at the school, joined Tonto Rim Search and Rescue and he was active in other groups. When an informal business group disbanded, several members, including Gibel and his wife, started Take Pride.

The group’s current project is the P-S timeline, an etched walkway at the community center. The walk includes the date of the moon landing, record snowfalls and other important events.

Purchasing a donor brick will etch your pride in your community permanently. Donor bricks border the timeline and are hand-placed by Gibel and his crew.

Bricks are $50 for one line, $75 for two lines and $100 for three lines. There is a maximum of 18 characters per line. There are already 150 bricks in place in front of the museum.

The group meets once a month and keeps meeting times under an hour. They are always looking for more volunteers. If you are interested, call Gibel at 928-476-5109.