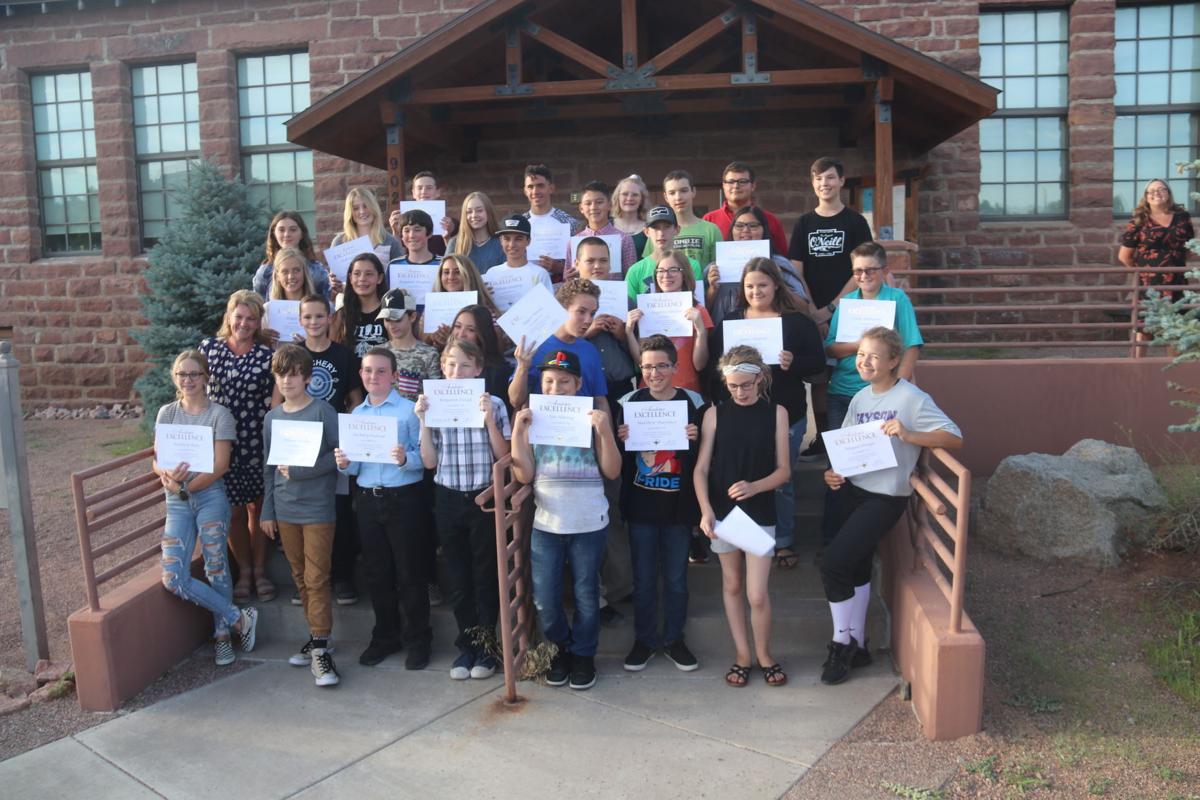 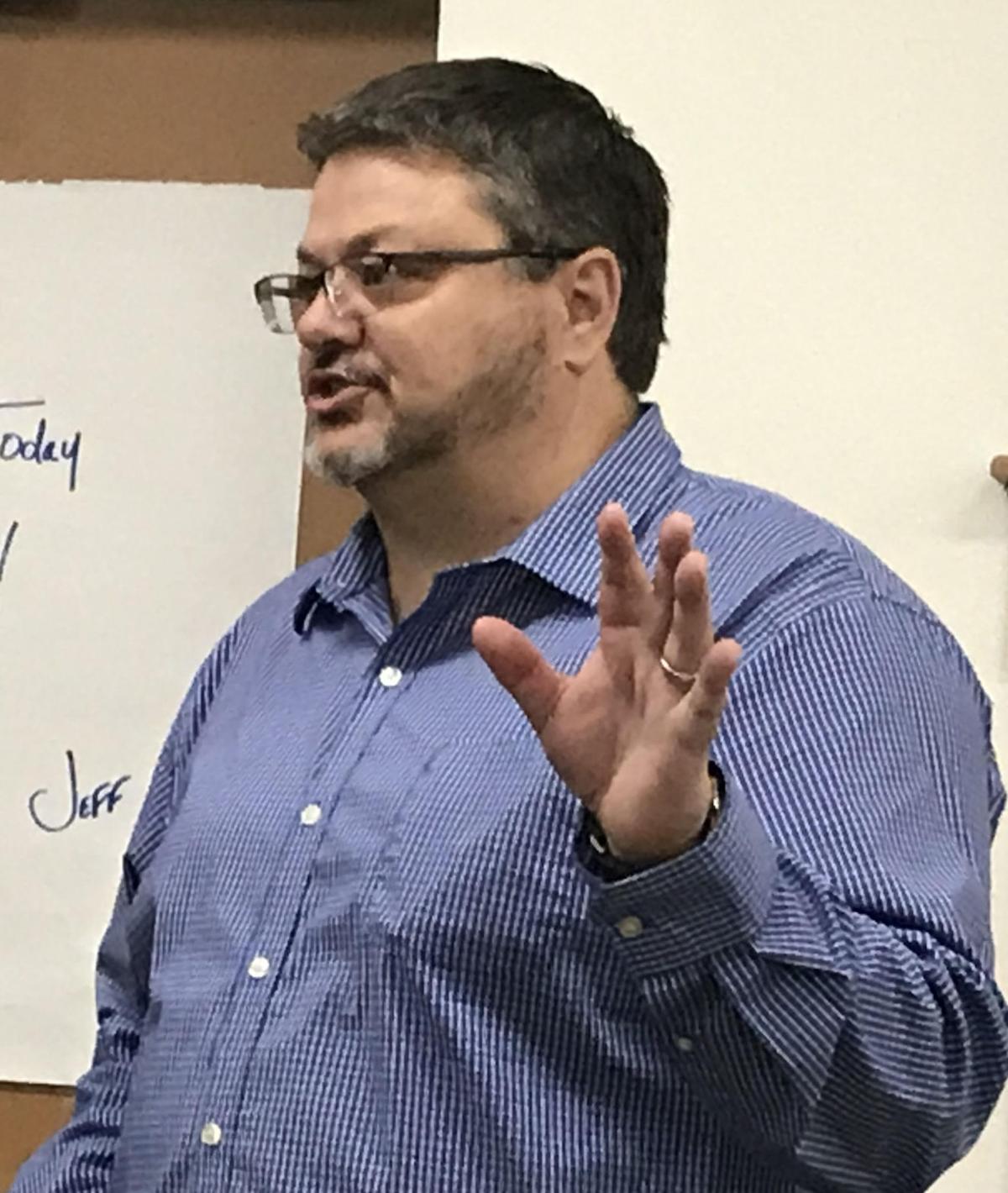 “We have our struggles with online learning. We’re working on it. But our teachers are looking to learn and get better,” said Jeff Simon, PHS principal. 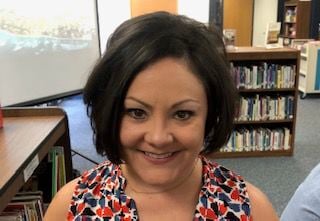 Jennifer Murphy is the new principal at Rim Country Middle School. She says her favorite hobby is stand-up paddleboarding. She also likes spending time with family and friends. 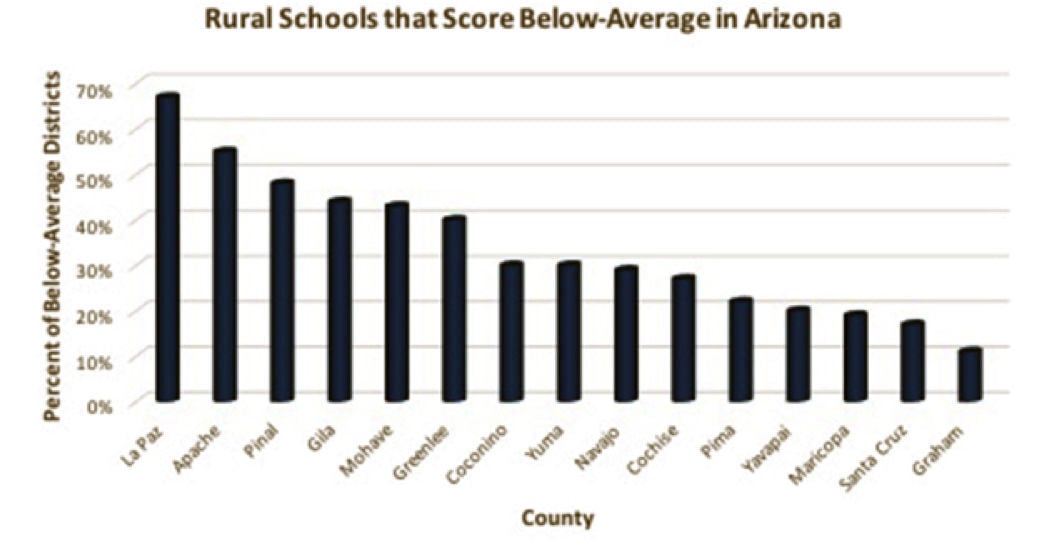 “We have our struggles with online learning. We’re working on it. But our teachers are looking to learn and get better,” said Jeff Simon, PHS principal.

Jennifer Murphy is the new principal at Rim Country Middle School. She says her favorite hobby is stand-up paddleboarding. She also likes spending time with family and friends.

Payson’s struggling to boost scores for students with special needs, but the pandemic has complicated everything.

The Payson Unified School District was put on probation two years ago because of very low scores for its special education students. The district would have also gotten in trouble for the low scores of its English Language Learners, but doesn’t have enough of those students to get a rating.

The district has made changes to try to bring scores up, but the shift to remote learning due to the pandemic has upended those plans. The state also canceled AzMERIT testing last year, so at this point the district doesn’t know if things have gotten better — or maybe worse.

Payson High School and Rim Country Middle School are both in the state’s Targeted School Improvement program. That means fewer than 13% of their special education students scored as “proficient” or better on the AzMERIT test. Payson scored in the bottom 5% of school districts statewide for certain subgroups.

About 14% of Payson’s 2,400 kids qualify as special education students, and about 2% are classified as English learners.

At Rim Country Middle School, 11% of the special ed students ranked as proficient or better — just below the 13% threshold. The high school did much worse, with only 5% of the special ed students ranking as proficient or better. The district didn’t do testing in 2020 due to the pandemic and it’s unclear whether the state will require testing this year.

The high school has fewer than 20 students who don’t speak English at home, which wasn’t enough to rank the district in that category. However, scores of those students are also problematic, Director of Student Achievement Lisa Evans told the school board during a report on the problem at the last board meeting.

“We would have fallen into that (targeted improvement) category if we’d had more EL students at the high school. This year, we may have 20,” said Evans.

Minority students also struggled. About 63% of Hispanic students and 87% of Native American students were minimally or “partially” proficient.

“How do we get out of the targeted improvement category? We have to get to 13% passing the AzMERIT proficiency level — which is doable — but it is something we’ll have to spend quite a bit of time on,” said Evans.

Evans was hired this year to replace Brenda Case. Evans works with a student achievement teacher on each campus and the principals and teachers to identify students in trouble and boost student test scores overall.

It’s unclear whether the state will require testing this year and whether the district will face penalties, said Evans.

“We’re waiting to find out what that means for us,” said Evans.

She noted that the state’s assessment system was chaotic even before the pandemic made it impossible for many students to take the standardized tests. The state had required all school districts to use the AzMERIT test, which included national standards by grade level. However, just when most districts had finally aligned their curriculum with the nationally-normed test, the state dropped AzMERIT and told districts they could pick from a list of assessment tests. The federal government eventually intervened and said the state had to use national standards in whichever test it used in order to qualify for federal money. Arizona schools depend more heavily on federal funding than most other states.

Moreover, the reliance on standardized tests offers additional challenges for special education students, especially those who struggle with reading or concentrating intensely for long periods of time.

All that had scrambled district testing systems even before the pandemic hit last spring.

Evans said the work in the past two years has produced one very encouraging statistic. A survey of special education students who had graduated found that 92% were considered in a “productive situation,” which means they were continuing in school, had a job or another position. “So we do have some evidence that our students are achieving after they graduate,” she said.

“When I first started teaching, each class was an island,” said Simon. “Whatever you had you used and taught and you never talked to anyone else. Now it’s a collaborative discussion with our group. We have everyone sharing their bag of tricks.”

The district is also moving toward a “reteach” philosophy. This means teachers work to identify kids who haven’t mastered the week’s core skills and content so they can provide more targeted, one-on-one help on Fridays. “We’re teaching to the standard and identifying the kids who need the reteach,” said Simon.

The school has also started what’s called the “Freshman Academy,” which is an effort to provide additional support and activities for freshmen — along with awards and contests. The district also last year received a major grant from the national AVID program, to provide more social and emotional support for students and get more high school students to set their sights on college. PHS has long struggled with a relatively low graduation rate and college attendance rate.

“That’s going to be a game changer,” said Simon.

However, the pandemic has again complicated those efforts. “We celebrate kids as much as we can,” said Simon. “With the Freshman Academy award we went to the kid’s house and knocked on the door to celebrate him a little bit — myself and two teachers. It’s really cool to see the parents get excited about the kids. One parent thought we were telemarketers. He said, ‘what do you want?’ I said, ‘we’re here to give your kid an award.’ He said, ‘no you’re not.’ But really. It’s an honor roll award and we try to do them in a big way.”

Rim Country Middle School Principal Jennifer Murphy’s background was in special education before she took over as principal this year. “Special ed is my wheelhouse,” she told the school board.

“So we’re co-teaching and focusing on best practices with a lot of discussions, so students can have success. That’s been helping a lot,” said Murphy.

Superintendent Linda Gibson said if scores don’t improve this year — or perhaps next year — the district would enter a new category of “comprehensive support.”

Gibson concluded, “That’s definitely not what we want to happen — but if it did happen, we would continue documenting our efforts and apply for grant money” to bring scores up.