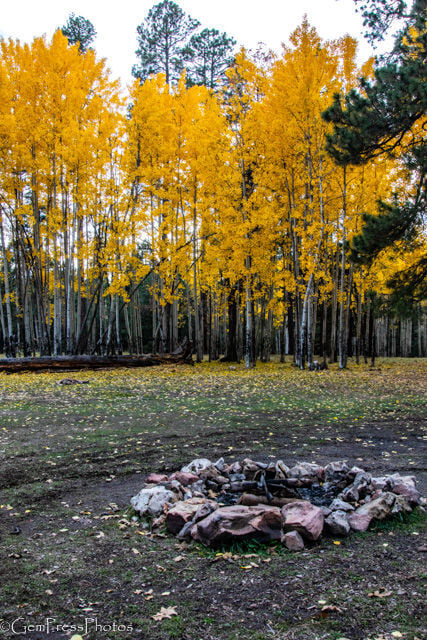 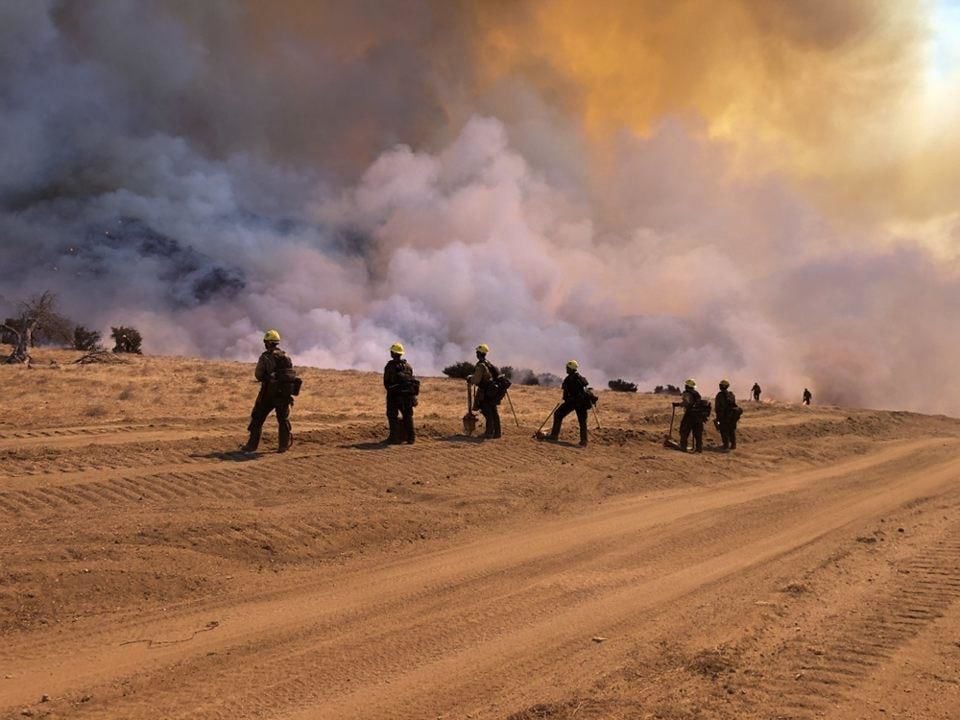 The Apple Fire in Southern California is among the latest in a record-breaking string of fires this year that have burned more than 4 million acres. 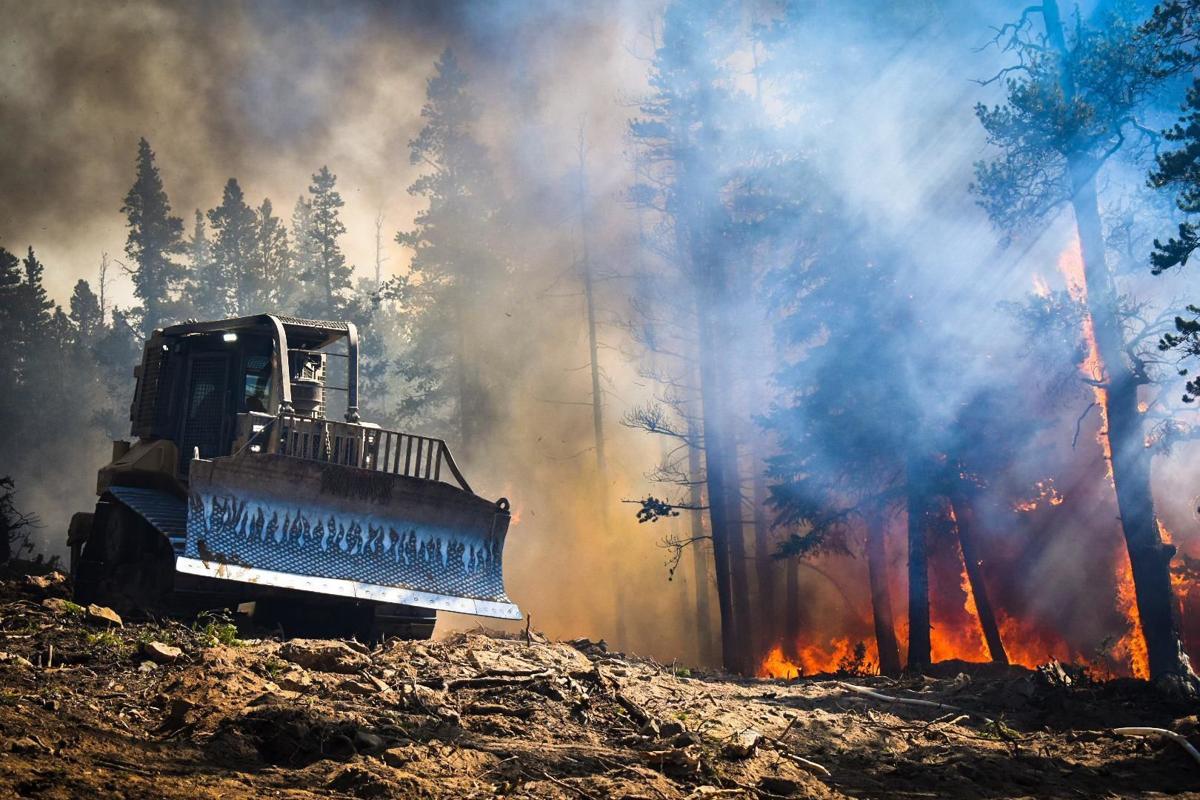 Water from C.C. Cragin Reservoir travels from the top of the Mogollon Rim to a treatment plant near Mesa del Caballo and then into Payson. It cost many millions to build.

The Apple Fire in Southern California is among the latest in a record-breaking string of fires this year that have burned more than 4 million acres.

After a longed-for storm dumped rain across the state, many national forests lifted fire restrictions — weeks after the fire season normally ends.

The storm dampened unseasonably dry fuels throughout the state, reducing the risk of a dangerous fire with most of the nation’s firefighting resources still tied down in California and other western states.

“This year, the Tonto National Forest experienced an unprecedented wildfire season that challenged everyone from firefighters to the communities surrounding the forest,” said Acting Forest Supervisor Tom Torres. “The public is very passionate about the Tonto and we thank everyone for cooperating with these restrictions across the forest. Even though the fire danger has been reduced, there’s still the potential for a wildfire if people are not careful when building and extinguishing a campfire.”

Visitors in the upper elevation forests can now have campfires and smoke in the forest, although rangers urged everyone to continue to follow safety procedures. Anyone who abandons a campfire that’s not dead out still remains subject to arrest and a steep fine as well as the cost of putting out any fire that results.

Payson got a smattering of rain and Pine got some snow in a series of storms over the weekend. However, the skies quickly cleared and temperatures rose into the 70s through the rest of the week — with no rain in the forecast.

The long-range forecast still calls for a dry, warm winter in Arizona, thanks to the La Niña sea-surface cooling pattern that has set up in the Eastern Pacific.

Almost all of Arizona remains in “extreme” drought, with a portion of southern Gila County and much of Pinal County in “exceptional” drought.

Extreme drought promises a bleak ski season, not much snowpack, continued fire danger, stress on livestock and native plants and conditions that drive wildlife like elk and deer to move into residential areas in search of food and water.

“With La Niña well established and expected to persist through the upcoming 2020 winter season, we anticipate the typical, cooler, wetter North, and warmer, drier South, as the most likely outcome of winter weather that the U.S. will experience this year,” said Mike Halpert, deputy director of NOAA’s Climate Prediction Center.

California and other western states continue to battle the worst fire season on record.

This week, 4,100 firefighters in California continued to battle 22 major wildfires — and in a single day managed to snuff out no fewer than 23 additional fire starts.

The start of cooler weather and higher humidity held out hope of bringing the nightmarish fire season to a close. Fires have killed 31 people, consumed 11,000 structures and charred more than 4 million acres in California alone.

In Arizona, the heavy investment in reservoirs has cushioned the impact of the severe drought.

Despite the near-failure of the summer monsoon, Arizona’s reservoirs remain in surprisingly good shape.

Roosevelt Lake remains 82% full — compared to 66% a year ago. The Verde River reservoirs are down to 37% full.

The weekend storm did bolster the streams in the region, with the Salt River flowing at 68% of normal and the Verde River at 80% of normal.

Salt River Project continued to pump water out of C.C. Cragin Reservoir — Payson’s long-term water supply atop the Rim. Most of the water gets dumped into the East Verde River, which was flowing at 26 cubic feet per second at Crackerjack Road and 24 CFS where it enters the Verde River at Childs.

That flow compares to the Salt River’s flow of 165 CFS where it enters Roosevelt Lake.

SRP has pumped most of the 15,000 acre-feet in C.C. Cragin out, including the 3,000 acre-feet going to Payson through the town’s pipeline. The reservoir’s down to about 31% of its capacity.

Always keep water and a shovel nearby and know how to use them to put out your campfire;

Be sure an adult is always watching the fire;

Keep an eye on the weather. Sudden wind gusts can blow sparks into vegetation outside your cleared area, causing unexpected fires;

Make sure your campfire is dead out.

Campfires and charcoal barbecues must be extinguished after use. Abandoned campfires continue to be a major cause of wildfires. Always keep enough water on hand, and a tool to drown and stir fires. If it is too hot to touch, it is too hot to leave. More campfire safety and prevention tips can be found at Smokeybear.com.

Vehicles continue to be a significant cause of fires in the area. Take the time to inspect vehicles and trailers for proper maintenance, especially in relation to tire condition, brakes and wheel bearings.