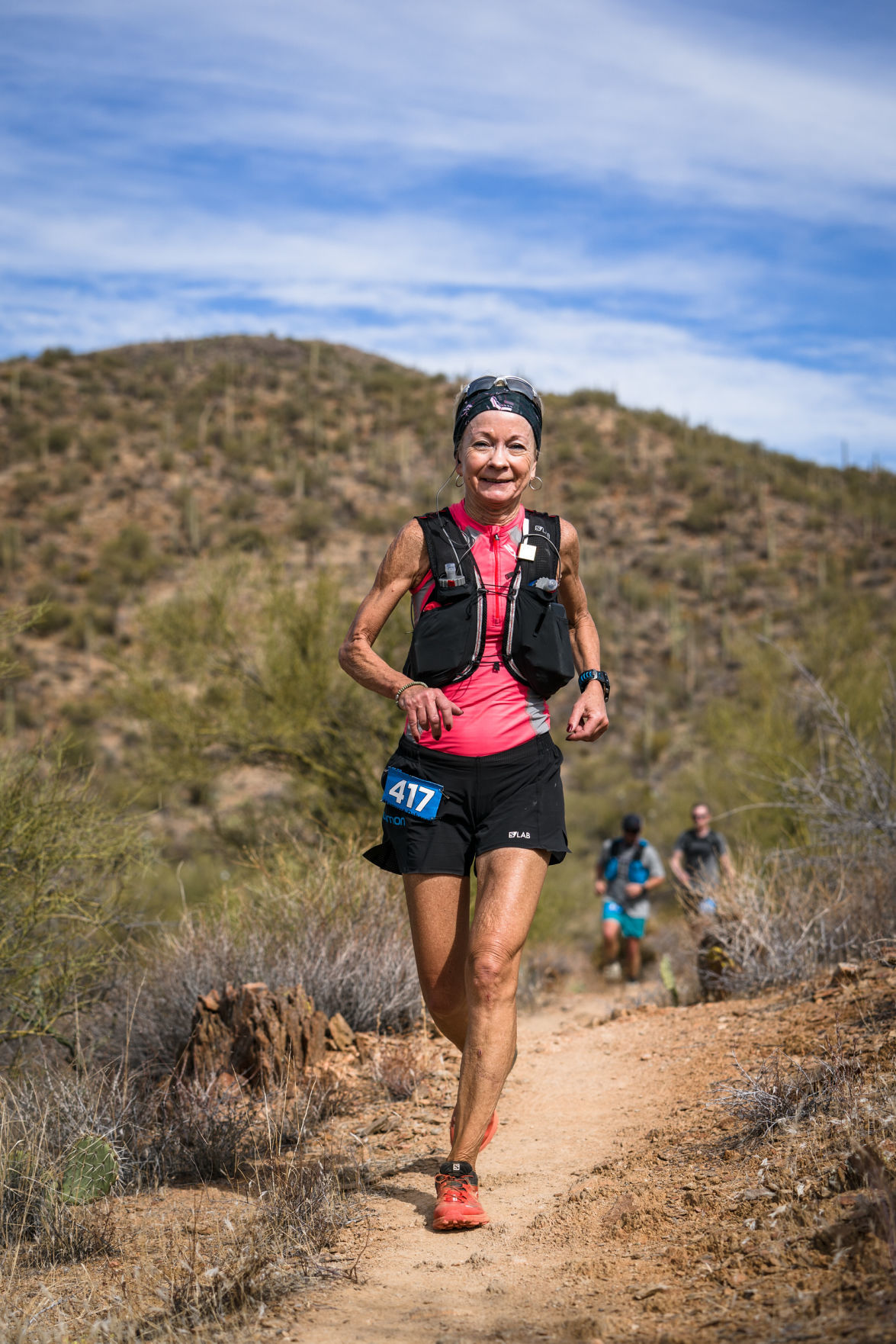 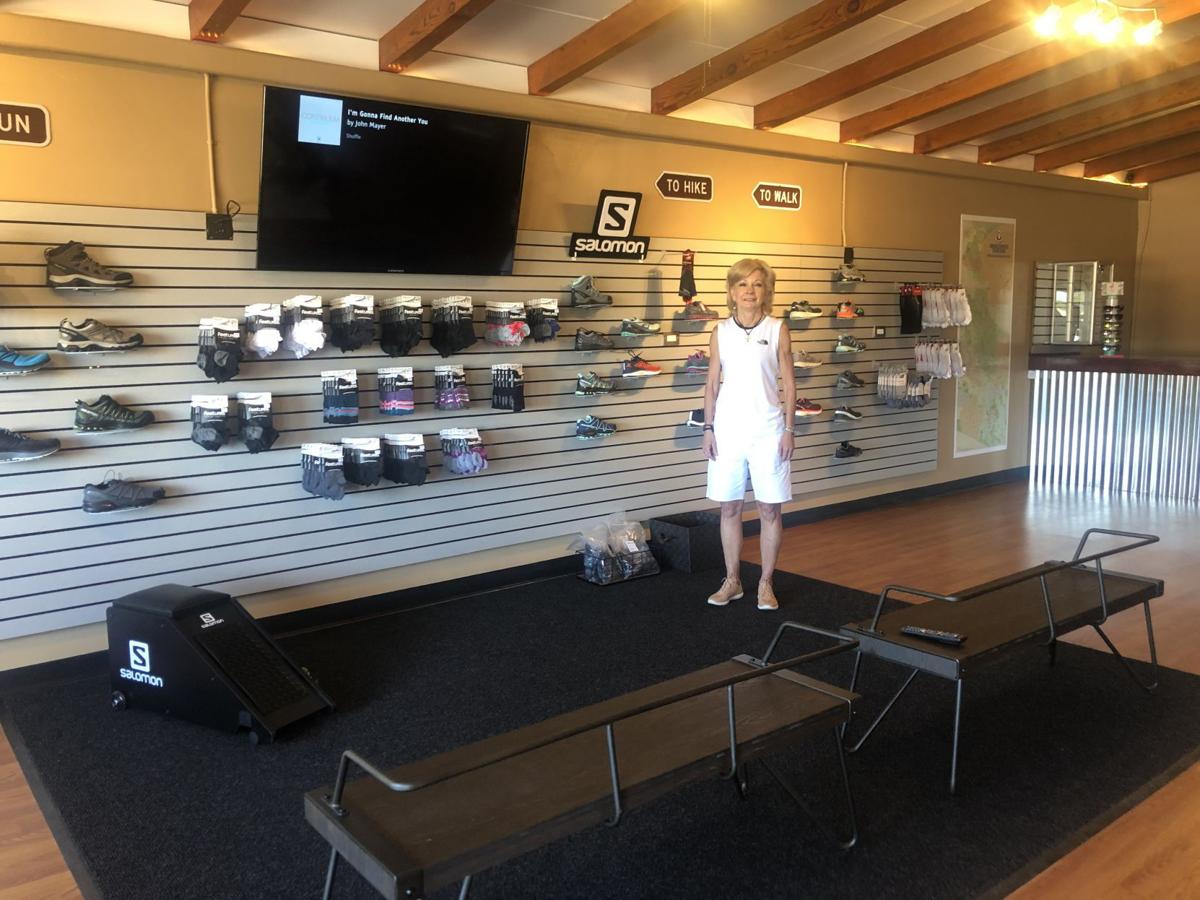 Rim Runners recently opened at 807 S. Beeline Highway. Owner Margaret de Hesse (below) stands by a wall of shoes in the store. 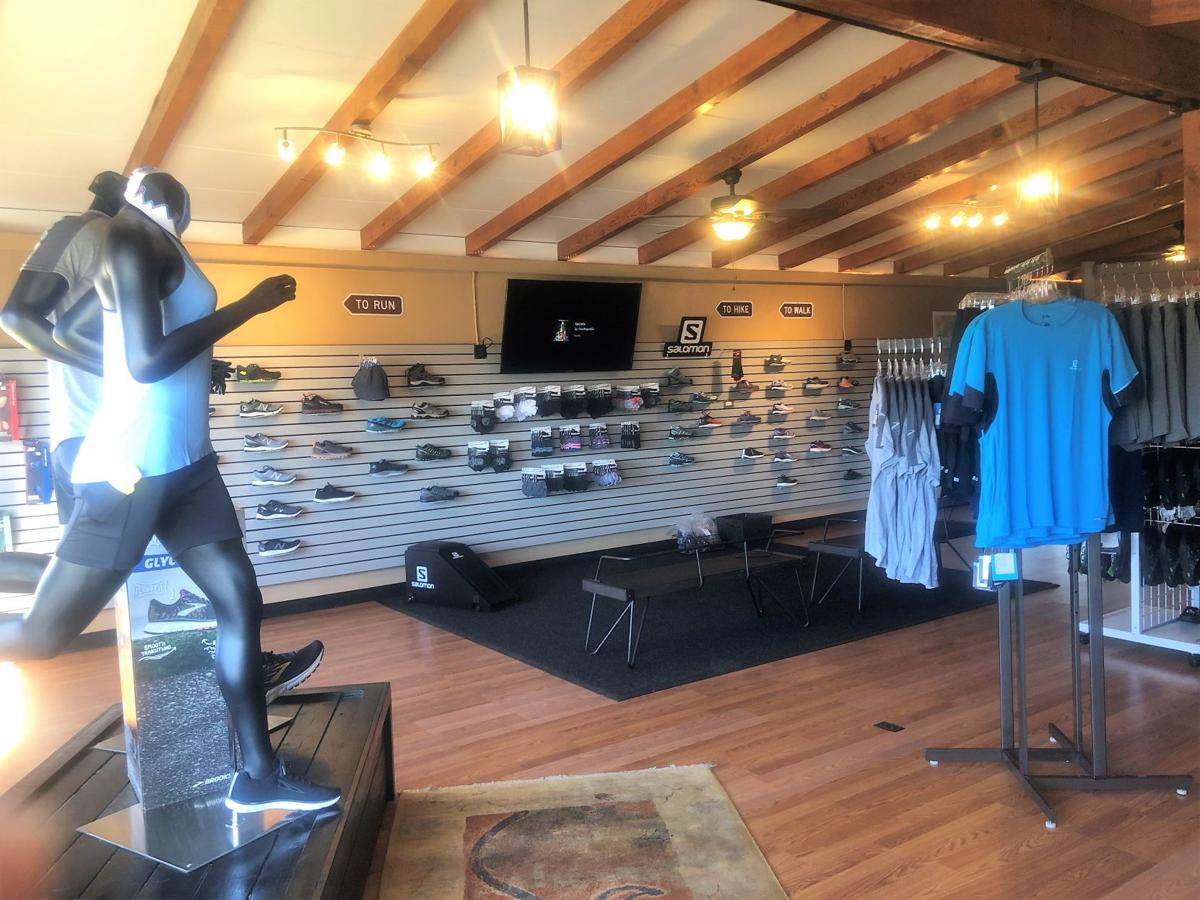 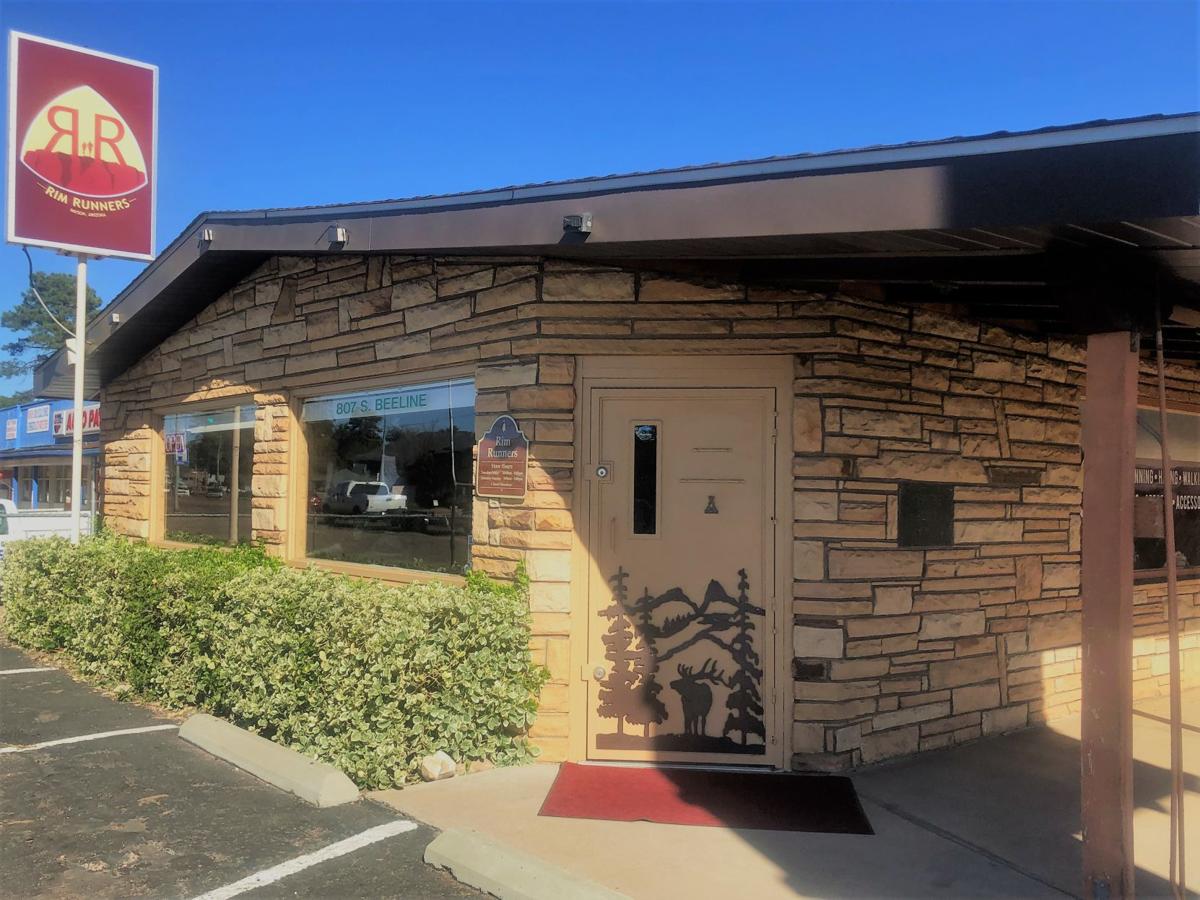 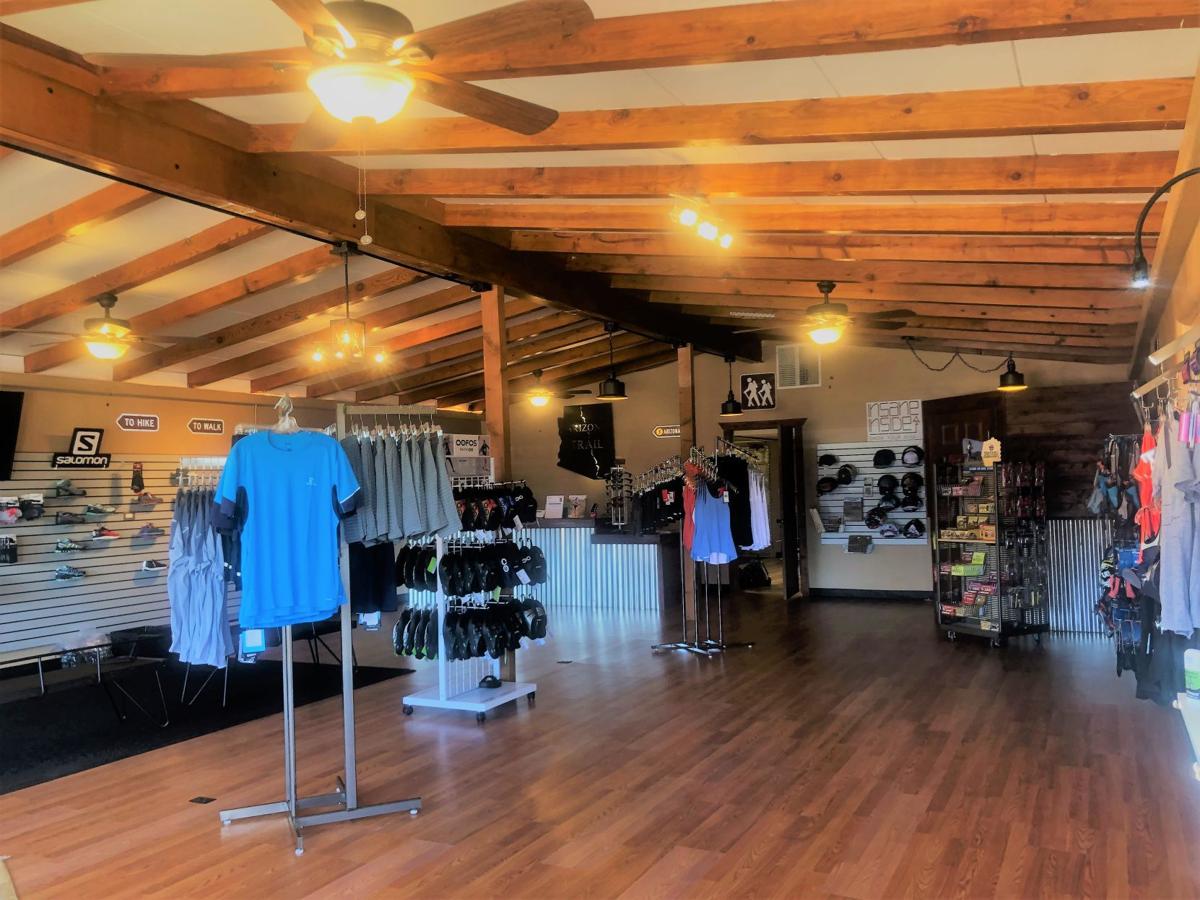 Rim Runners recently opened at 807 S. Beeline Highway. Owner Margaret de Hesse (below) stands by a wall of shoes in the store.

We’re not talking marathons either.

No, longer than that.

de Hesse, 63, a native of Australia, and her husband, Ted, moved to Phoenix about 30 years ago and visited Payson most weekends for about seven years before deciding to become year-round residents of Payson about a year ago.

“We’ve been working closely with the Arizona Trail Association (ATA). The idea is to support the through-hikers that come through Payson and the Tonto Basin area. We can go out and help them on the trail. The ATA keeps track of them when they go through and we’re just promoting the association and the trail.”

Since they’re experienced ultrarunners, they can help customers figure out the best shoes and accessories.

“We can help anyone who comes in with fitting, gate analysis, help them get the best product they need for running or accessories simply because we’ve used all of them,” de Hesse said.

“We’re a group of people dedicated to trail races and exploring the trails where we live. That’s why I ended up coming here for seven years — I fell in love with the countryside, all of the Rim Country, the trails and all the wildlife and everything the community offers.

“I opened the store because I really wanted to support the Payson community and introduce people coming up from Phoenix and people that live here to the beauty of the trails all around Payson.”

de Hesse admits these ultradistance races, like the Mogollon Monster 100 she and Albrecht annually run, is not for everyone.

“It’s grueling,” she said. “It requires a lot of training. It’s just something we love to do. It used to be a small sport but it’s gaining in popularity. Many of these races you have to go on a waiting list because they’ve become so popular over the last several years. With that said, if you look at the population of the U.S., it used to be like 2 percent were ultrarunners.”

All the races have a cutoff time runners must complete the course in. That time depends on the terrain and elevation change.

Runners have 36 hours to finish the Mogollon Monster, which runs primarily along the Highline Trail.

“The biggest challenge is finishing,” de Hesse said. “There’s time when you don’t finish. You don’t stop. Two-hundred-mile races are a little different.”

Races like the Mogollon Monster have aid stations spread out on the trail.

de Hesse has attempted to run the Mogollon Monster three times, but has never finished.

With 100-mile races like the Mogollon Monster you can ask for a pacer (another runner) to run with you through the night for the final 50 miles “just to keep you company and keep you moving forward through the next day,” de Hesse said.

For more information, call 928-238-5022, visiting www.RimRunners.com or check out their Facebook page.