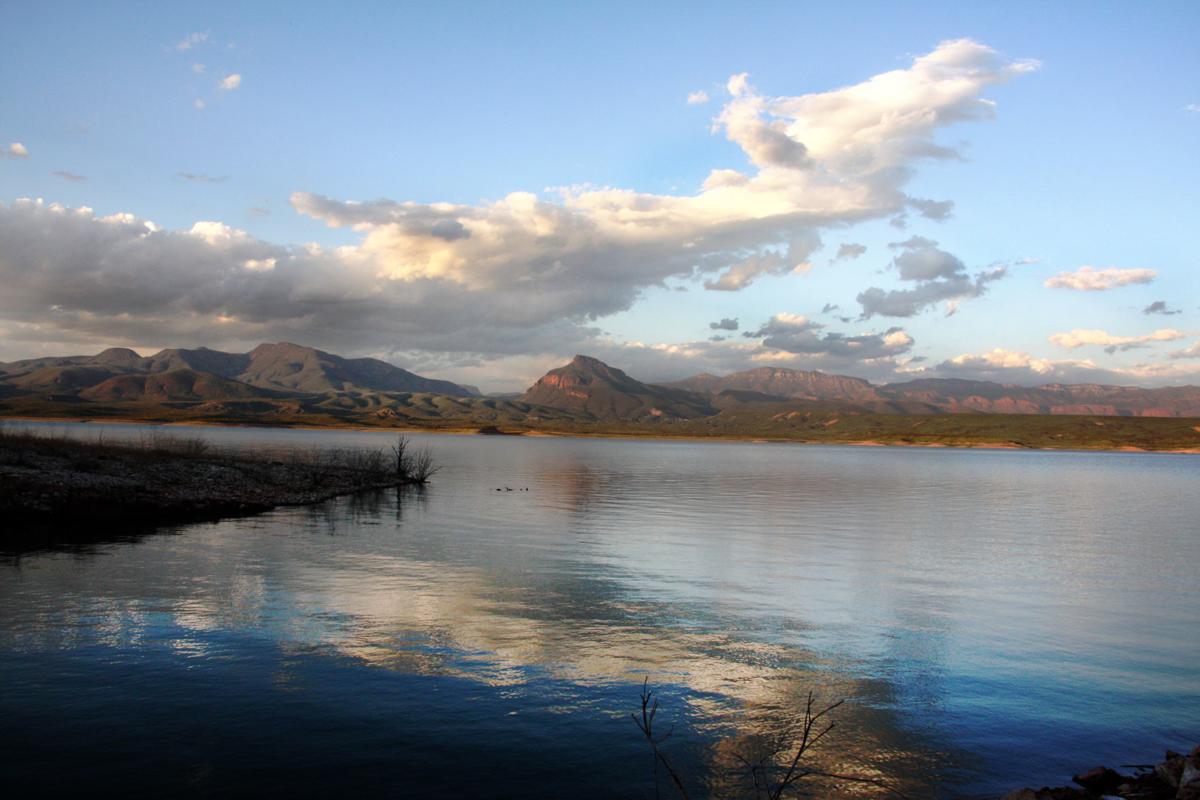 The Tonto National Forest’s plan revision seeks to protect the forest from high-intensity wildfires, which will in turn protect Roosevelt Lake from filling up with silt.

A study found Rim Country streams are less impacted by drought and rising temperatures compared with other parts of the western United States.

Payson Water Company hopes the ACC will approve a water rate increase of up to 45 percent. The company says it needs to money to upgrade the system — and buy water from Payson delivered through the C.C. Cragin Reservoir pipeline. 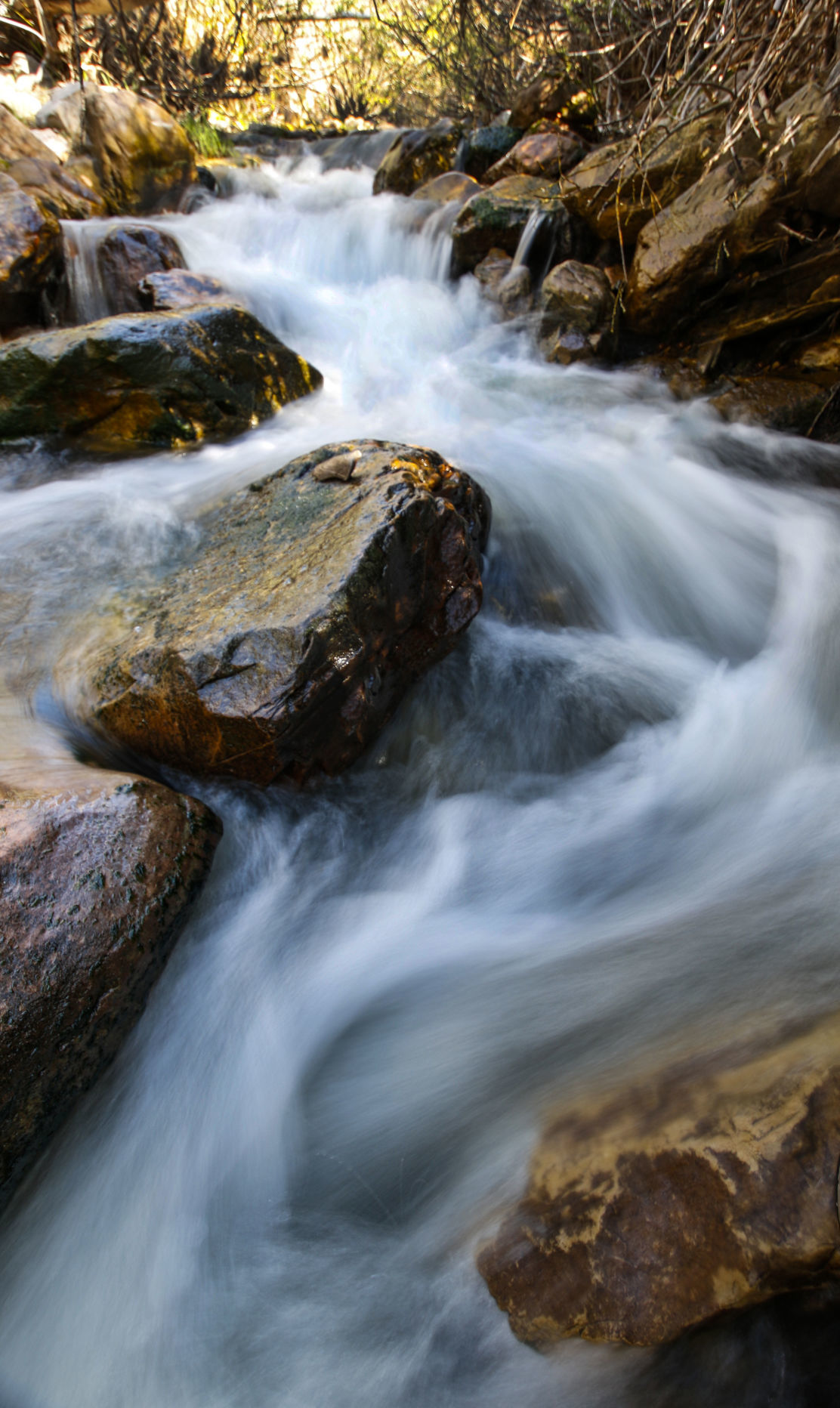 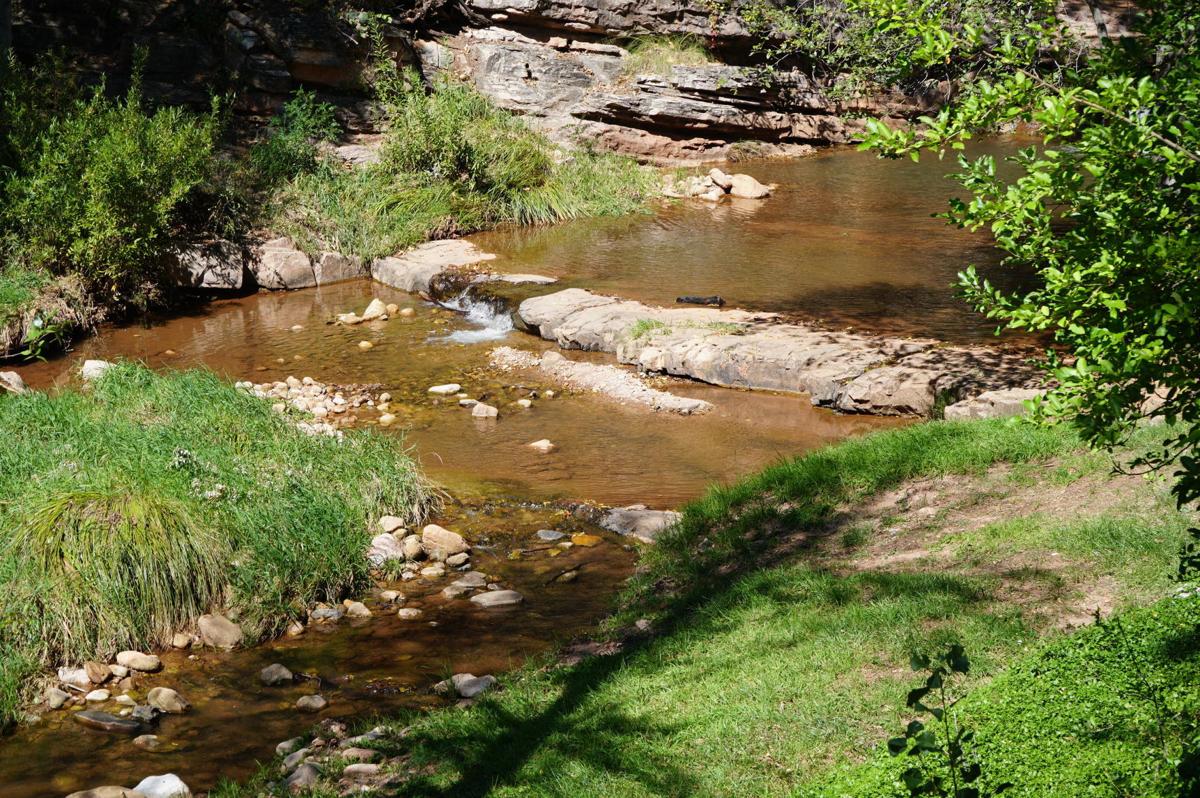 The Tonto National Forest’s plan revision seeks to protect the forest from high-intensity wildfires, which will in turn protect Roosevelt Lake from filling up with silt.

A study found Rim Country streams are less impacted by drought and rising temperatures compared with other parts of the western United States.

Payson Water Company hopes the ACC will approve a water rate increase of up to 45 percent. The company says it needs to money to upgrade the system — and buy water from Payson delivered through the C.C. Cragin Reservoir pipeline.

So if it gets hotter and drier – we’re toast. Right?

Well, not necessarily – leastwise, not on the Salt and Verde watersheds.

Streams in Rim Country and the White Mountains may suffer less from drought and rising temperatures than most of the rest of the west, according to an intensive, 100-year study of streamflow by researchers from the University of Arizona and elsewhere.

“The research shows that reductions in stream flow on the Salt and Verde are expected to be less as the temperature warms than other parts of the Western United States,” said Bo Svoma, a Salt River Project meteorologist.

The paradoxical result stems from our watershed’s early snowmelt. The predicted rise in spring and summer temperatures nationally will cause a fierce early snowmelt in places like the Rocky Mountains and California’s Sierra Nevadas. However, the snowpack on the Salt and Verde watershed already melts early – so the rising temperatures won’t have so much impact here, according to research by the University of Arizona, Climate Assessment of the Southwest (CLIMAS) and the Regional integrated Sciences and Assessments (RISA). SRP also provided funding.

“The rest of the Western United States is much more snowmelt dominated than the Salt and the Verde. Three-quarters of our precipitation comes in December through April and a lot of that is rainfall. Winter rainfall is very important for generating streamflow and the snow also melts during the winter. But either way, it’s the time of year that’s limited for evaporative losses from the landscape,” said Svoma.

That helps explain why even a normal winter rain and snow year during a long-term drought can fill reservoirs like C.C. Cragin and Roosevelt Lake. It also explains the reliability of the Salt and Verde Rivers and their tributaries, even in the face of mega-drought and rising temperatures.

Moreover, SRP and the federal government have invested in an extensive system of reservoirs, providing a cushion against years of extreme drought. Five years ago, drought had nearly emptied Roosevelt Lake. This spring, it’s full.

Still, the careful monitoring of stream flow data from 1914 to 2015 provided welcome reassurance that central Arizona may suffer less decline in stream flows than the Colorado River basin, which already faces excess demand from seven states. The massive reservoirs on the Colorado River remain half-empty, threatening water rationing throughout the region. Even scattered near-normal winter snowpack and rainfall have done little to restore reservoir levels.

Rain and snow in the fall and winter accounted for 84 percent of the difference in streamflow from year to year – especially in the dry years. Temperature playing a much smaller role, as did monsoon moisture.

The analysis included seven drought events lasting three or more years. The longest drought in the analysis lasted from 1999 to 2004, one of the few droughts that affected both winter and summer rain.

The study concluded temperatures have been rising by about a third of a degree per decade since 1950 – a total of roughly 2 degrees F. But in that same period, the average streamflow hasn’t changed consistently.

Other studies throughout the western US have predicted an earlier average snowmelt and longer more frequent droughts due to rising temperatures, which in turn will decrease long-term water supplies and soil moisture.

However, in the White Mountains and Rim Country, the snow’s already gone before the increased spring temperatures have much impact, said Svoma.

“The upper Colorado river basin has peak streamflow in May and June, when the sun is high and plants are growing,” he said. “The days are long and plants are transpiring and evaporation and sublimation are greater. Our streamflow comes when there’s not a lot of evaporative losses.”

SRP’s Charlie Ester, who runs the watershed management group, said reservoirs on the Salt and Verde river can go from nearly empty to nearly full in a single season. “That’s not something that can reasonably happen on the Upper Colorado River Basin.”

This doesn’t mean the rising temperatures won’t have an impact – especially given the documented increase in the severity and frequency of wildfires. The peak fire season used to hit in June, but now it often starts in April and lingers into July. The resulting changes in the forest can still do huge damage to streams and reservoirs.

So rising temperatures could still have “a big impact on the pine forest. A big fire scar on the landscape can alter the stream flow – so if you can limit that through thinning, that’s really important,” said Ester.