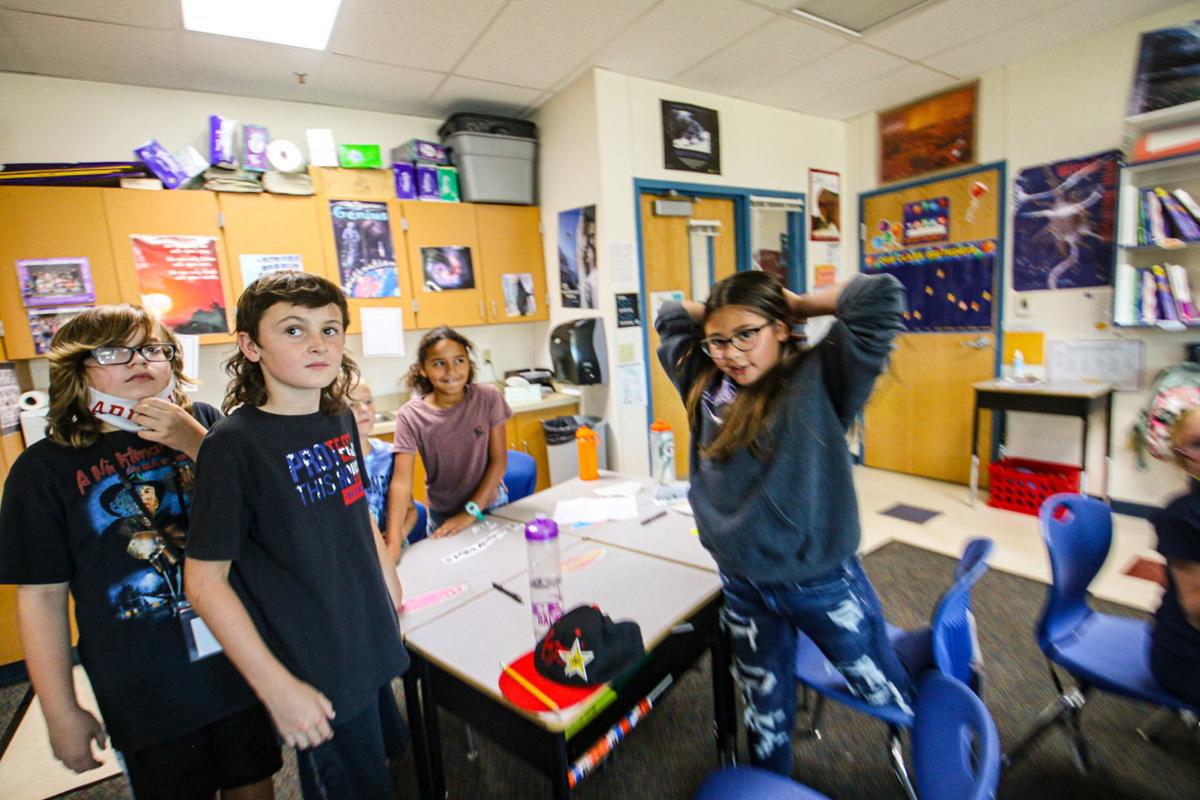 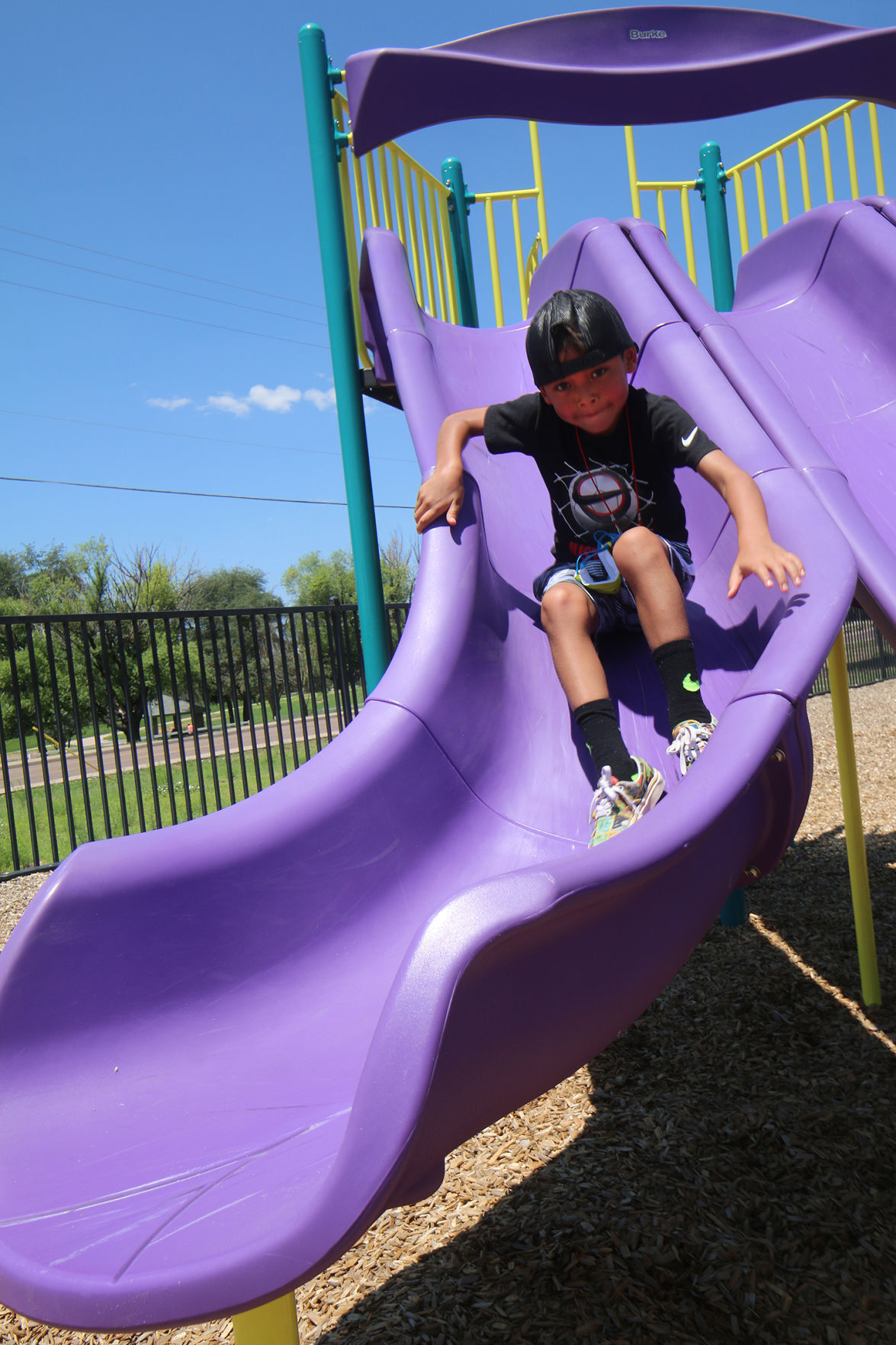 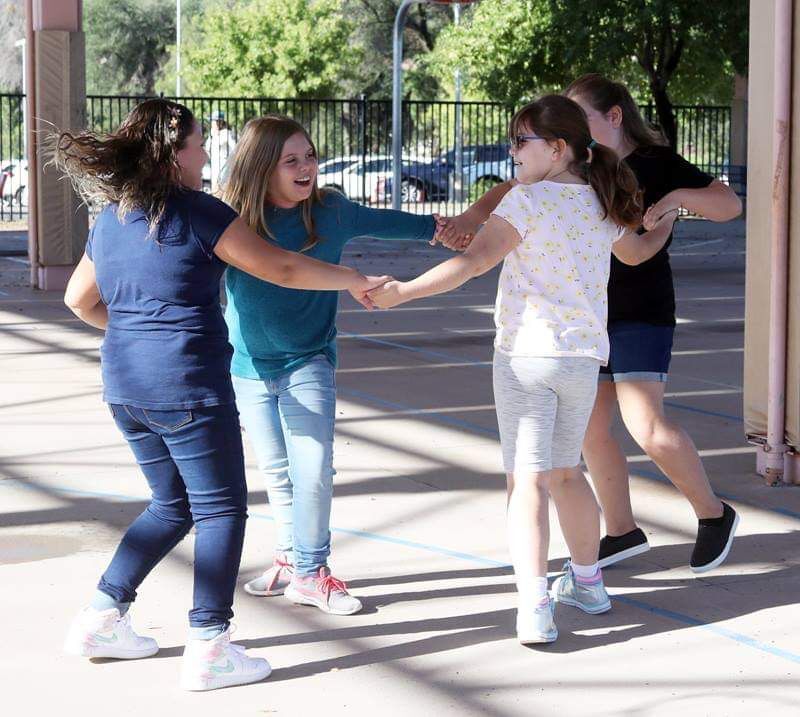 JRE students play on the first day of school.

JRE students play on the first day of school.

If you want to home-school your kids –

Enroll them in a private school;

Or stick them in one of those full-time online programs;

Or march in the band.

Or act in the plays.

Or do any of those fun extras that make school bearable for a certain segment of the younger set.

The Payson school board at its last meeting, finalized its policy on letting students not enrolled in the district take part in the district’s rich array of extracurricular activities.

Students enrolled in the district’s own online program can still take part in on-campus extracurricular activities.

The policy has a certain urgency — given the money the state’s lavishing on parents who take their kids out of public schools.

Arizona already has one of the nation’s most generous school voucher programs, which hands parents an average of about $10,000 a year to pull their kids out of public schools and move them to home schooling or private schools. The 6,310 students in the Arizona Empowerment Scholarship program cost taxpayers about $82 million annually.

In addition, Gov. Doug Ducey this year imposed a controversial new policy that will set aside $10 million in federal grant funding to pay parents maybe $6,000 per student if they pull their kids out of a local district school that imposes a mask mandate to slow the spread of COVID.

On the other hand, Arizona also has one of the worst-funded public school systems in the country.

The voucher was originally intended to provide parents whose children are attending failing public schools the option of moving to a private school. The original rules also limited funding to parents whose special education children couldn’t get the services they needed in the district school they would otherwise attend. The legislature has since loosened the rules. Two years ago, voters overturned a legislative move intended to make the vouchers available to almost any student. However, lawmakers responded by further loosening the rules this year — again expanding the program.

As a result, the bulk of students receiving the $82 million in state funding live in high-wealth school districts, with lots of private schools to choose from. Even with an average voucher value of about $10,000, the subsidy often doesn’t cover the full cost of private school tuition. Investigations by The Arizona Republic had found that parents who use the money to support home schooling efforts can sometimes pile up surpluses of $100,000 or more.

School choice advocates maintain that Arizona’s support for private schools, home schooling and public charter schools not subject to the same rules as district schools gives parents an array of choices — and puts pressure on public schools to improve to keep students.

In Payson, enrollment dropped by about 13%. However, most of those students returned this year.

The board extended the existing policy that limits participation in extracurricular activities. The Payson school board’s policy recognizes the recruitment value of all the “extras,” including sports programs, vocational classes and clubs, drama, music, art and other programs.

The author of this article continues to ignore the fact that the huge majority of school funding, does not come from the State, but from property taxes! Payson's property taxes have risen 70% since 2010, while at the same time, PUSD enrollment is down 10%!. So how are the students' parents being"lavished" with funds?

According to the just released August 31, 2021 report from the bi-partisan Joint Legislative Budget Committee (JLBC), the per pupil tax dollars per student has risen from $8,845 to $14,326 from 2013 to 2020 and that does not count all the non-tax paid grants, donations, gate receipts and fees garnered by school districts. Statewide the non-tax dollars add up to well over an additional $1 BILLION to the government school districts.

Paul, For those families that do not send their students to the failing PUSD for education and are now not allowed to participate in extracurricular activities, should they be exempt from K-12 property taxes that are sent to the district?

It seems like the current regulations are akin to requiring everyone to pay the tax for a new car even if they are not buying a car or paying the grocery tax when growing their own groceries.

Remember Ken Lay & Bernie Madoff? They were criminally charged and imprisoned for misleading the public on financials. While not directly applicable, the continual distribution of misleading financial information regarding the PUSD simply reminds one of Ken and Bernie.

The article states - "the money the state’s lavishing on parents who take their kids out of public schools." In FY2021, with one of the worst student achievement outcomes in the state, PUSD received over $15,000.00 per student in taxpayer money. It seems PUSD is being lavished!

Parents responding to the fact that PUSD is failing their children should not be victimized a second time with the inference they are somehow making this difficult decision for monetary considerations.

PUSD has failed Payson families, businesses and property owners with exorbitant taxes, historic failures in the AZMerit tests and a 32% failure to the graduate rate.

Now the school board wants to punish families - who felt driven to remove their students from the classrooms in PUSD - by refusing to allow their children to participate in “the RICH array of extracurricular activities” paid for by $17 million in our property taxes.