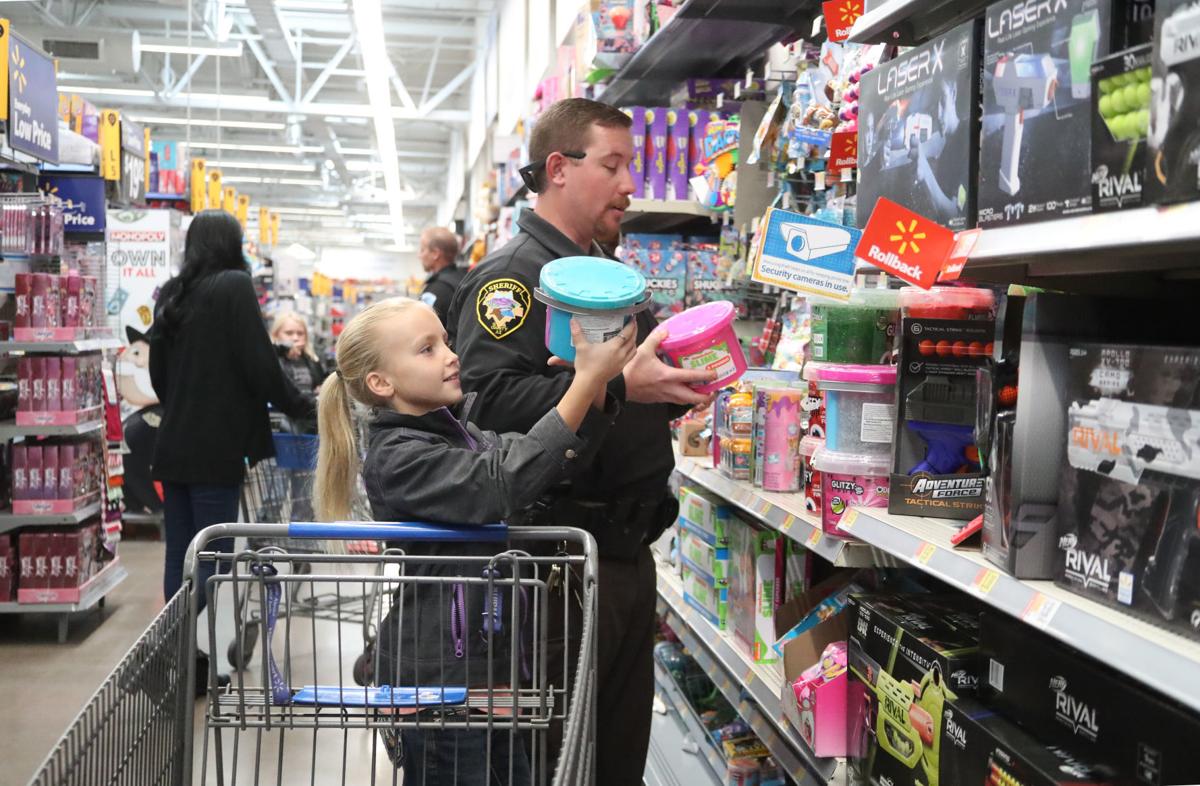 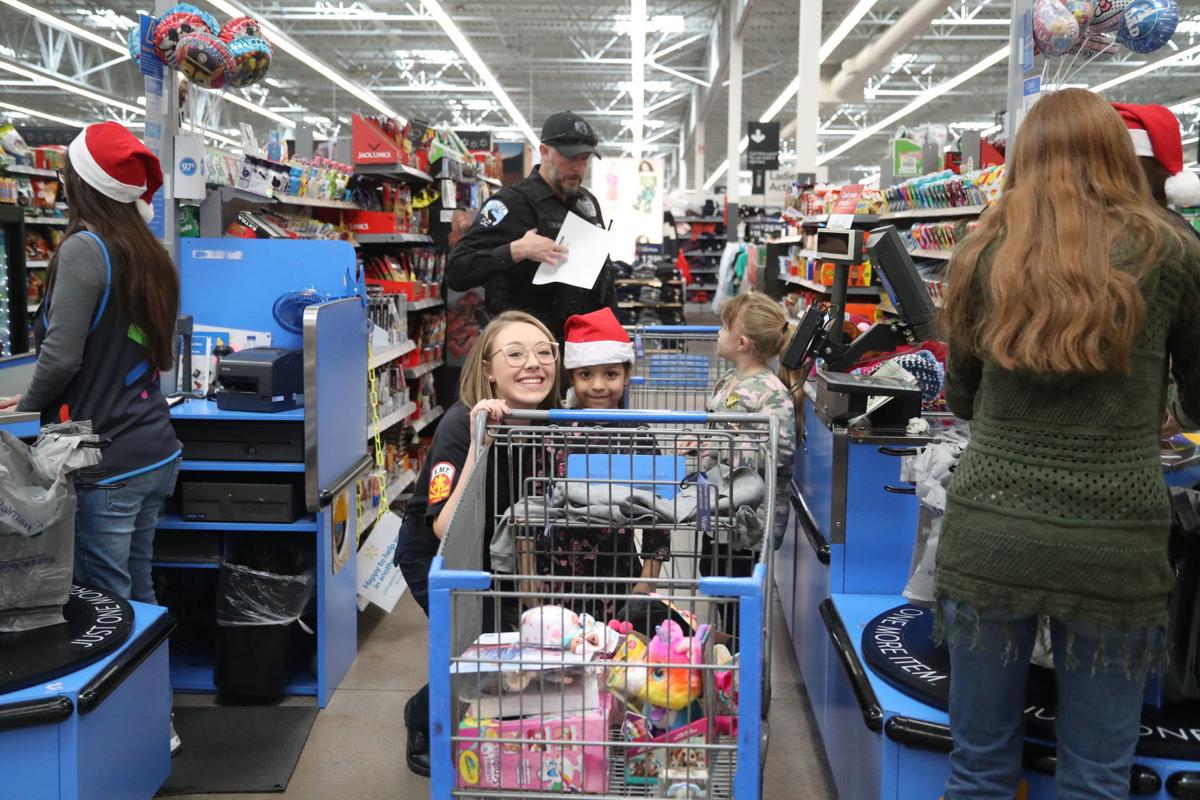 This year’s Shop With a Hero event brought smiles to the faces of 20 Rim Country children in need. 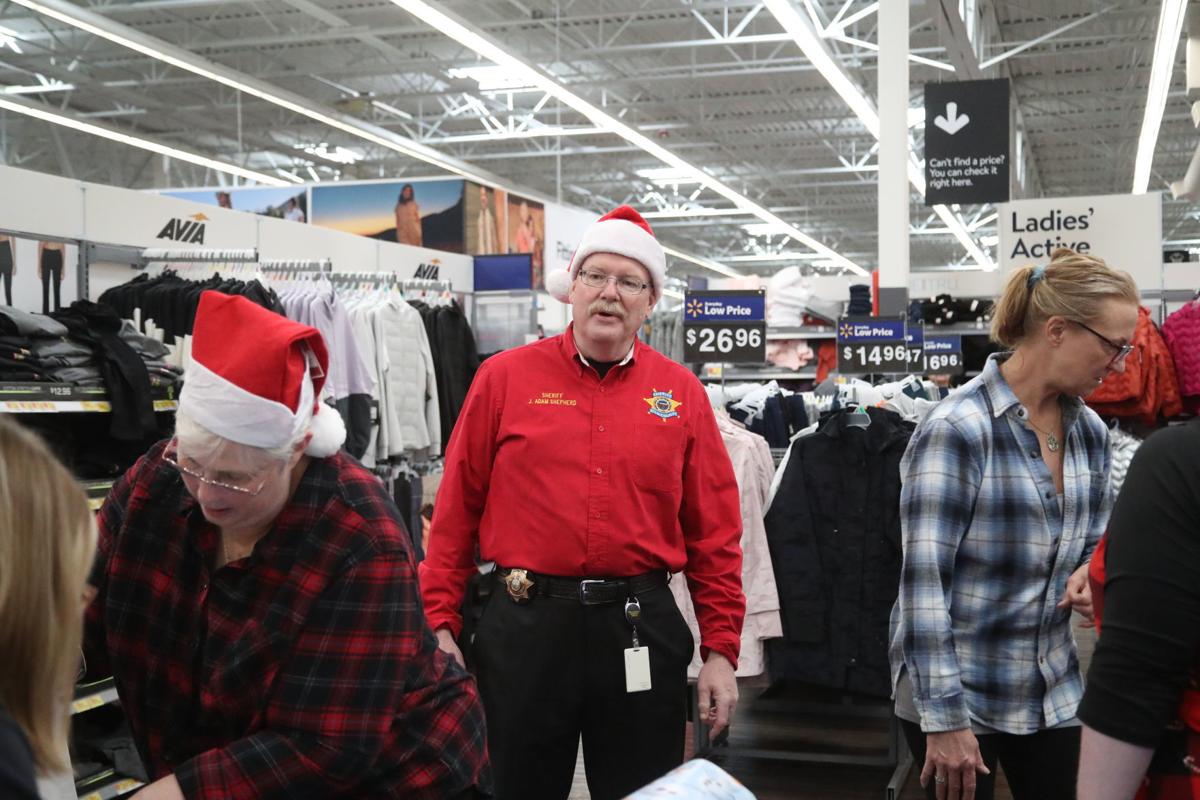 Gila County Sheriff Adam Shepherd said the annual Shop With a Hero event is one of the highlights of his year. 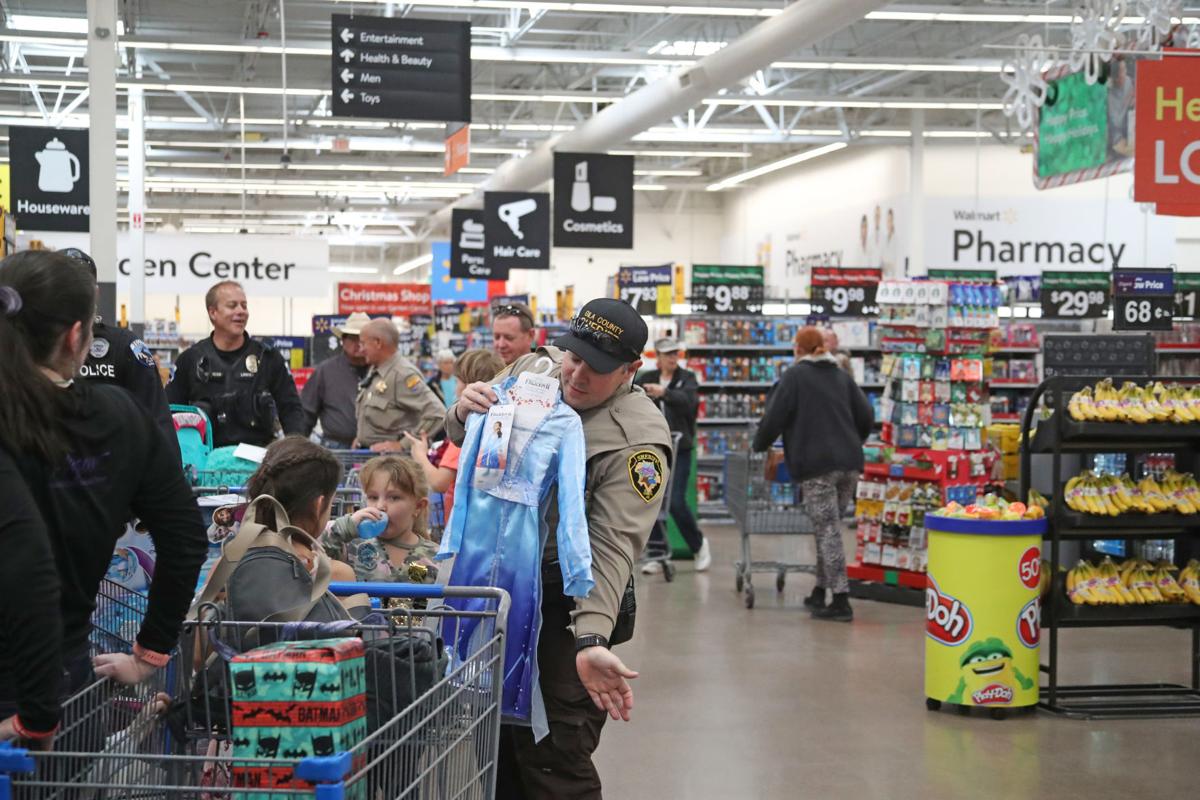 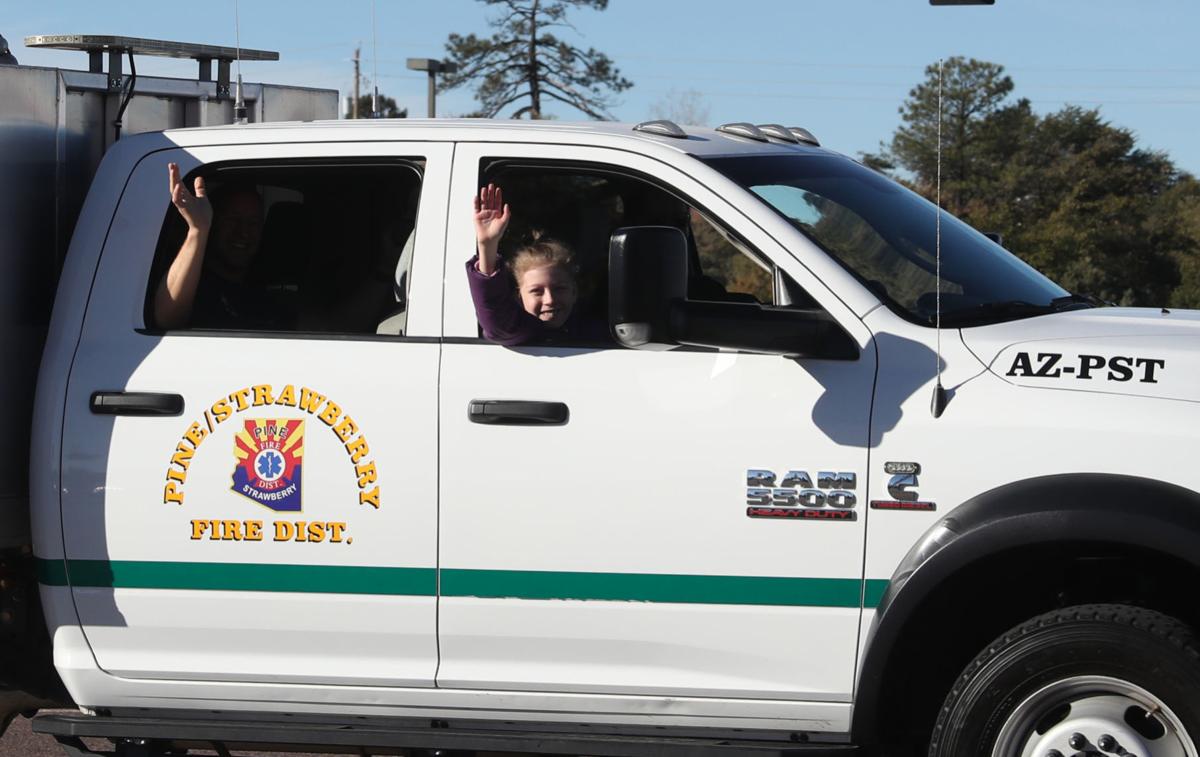 A child waves from a Pine-Strawberry Fire District vehicle during the Shop With A Hero parade down the Beeline Hwy.

This year’s Shop With a Hero event brought smiles to the faces of 20 Rim Country children in need.

Gila County Sheriff Adam Shepherd said the annual Shop With a Hero event is one of the highlights of his year.

A child waves from a Pine-Strawberry Fire District vehicle during the Shop With A Hero parade down the Beeline Hwy.

Anybody shopping for toys in the Payson Walmart from 11 a.m. until noon on Saturday picked a bad time.

The toy department was busier than normal as 20 Rim Country children and their escorts converged on their favorite area of the store during the annual Shop With a Hero event.

The event, formerly known as Shop With a Cop, updated its name this year to reflect the inclusion of other area first responders.

Members of the Gila County Sheriff’s Office, Payson Police Department, Tonto Apache Police Department and Payson, Hellsgate and Pine-Strawberry fire departments helped kids shop with an eye on their budget. Each child was awarded $150 to spend on presents for themselves and their family members.

But shopping was just part of the experience.

The day started with breakfast at the Mazatzal Hotel & Casino before gathering in the parking lot for a demonstration by a police K-9 searching for drugs and subduing a “bad guy.”

Following that, participants got to ride with their heroes with sirens blaring for a parade down the Beeline Highway from the casino to Walmart.

The GCSO raised money for the project through their No-Shave November event, where people and businesses donated money in support of deputies who didn’t shave during the month.

Gila County Sheriff Adam Shepherd said this event is annually one of the highlights of his year.

“It always makes you feel good to do something like this with kids on a positive note,” he said. “It’s kind of a neat thing. It’s a lot of fun. The officers enjoy doing it and it gives the kids an opportunity to not only interact with the officers but to meet them on a more friendlier level than they might under other circumstances.”

The sheriff said expanding the event to include firefighters, EMTs and others makes sense.

“It’s a big effort and it takes a lot of people and we don’t always have enough people off duty to be able to do it,” Shepherd said. “But once we get the other (first responders) involved, there’s a lot of people that want to come out and help.”

Gila County Sheriff’s Office Deputy Mark Highstreet took over as coordinator for the event this year.

“The reason we changed the name is to include dispatchers, firefighters and EMTs, because they’re all first responders,” Highstreet said. “So, coming together for the same cause to help these kids in the community only seemed right.”

The event expanded to help many more children than last year.

“I think we had 15 to 17 kids last year,” Highstreet said. “This year was such a success that we were able to not only help out the Globe side with 10 sponsors, we had 20 sponsors with $150 each here. So, we’re hoping to double that next year with the help of the fire and EMTs.”

In addition to the donations raised through the No-Shave November program, they also raised money for the program through a fundraiser by Payson Premier Dental and Payson Orthodontics and grants from Walmart.

“Payson Premier Dental donated quite a bit of money last year and we received $2,500 in grants from Walmart last year.”

He said they spent $2,500 on this year’s event, so they’ve got a head start on raising money for next year’s program.

“We will have some remaining for next year and we hope that we can bump up our kids sponsorships,” Highstreet said.

Few things give Highstreet as much joy as this program.

“This is what I’m passionate about, giving back to the community and this is the best way to do it because you’re impacting families for Christmas, which is the most desperate time for families that are in need,” he said.

Teachers or friends refer kids in need for consideration and a board including the sheriff, undersheriff and other command staff selects based on need.

“Next year that command staff will include the fire personnel,” Highstreet said. “We get a lot of referrals and we go through them.”

The deputy said the children buy gifts for their families and themselves.

“Every kid is sort of unique as far as who they’re going to purchase for,” Highstreet said.

“Like little Silas right here, he has a younger brother, and it’s just him and his brother and his mom. It’s just the three of them.

“So, him being selfless, he decided to get gifts for everybody. So, what better way to spread the love than thinking about everybody in the family?

“That means that what we’re doing is actually impacting the community.”