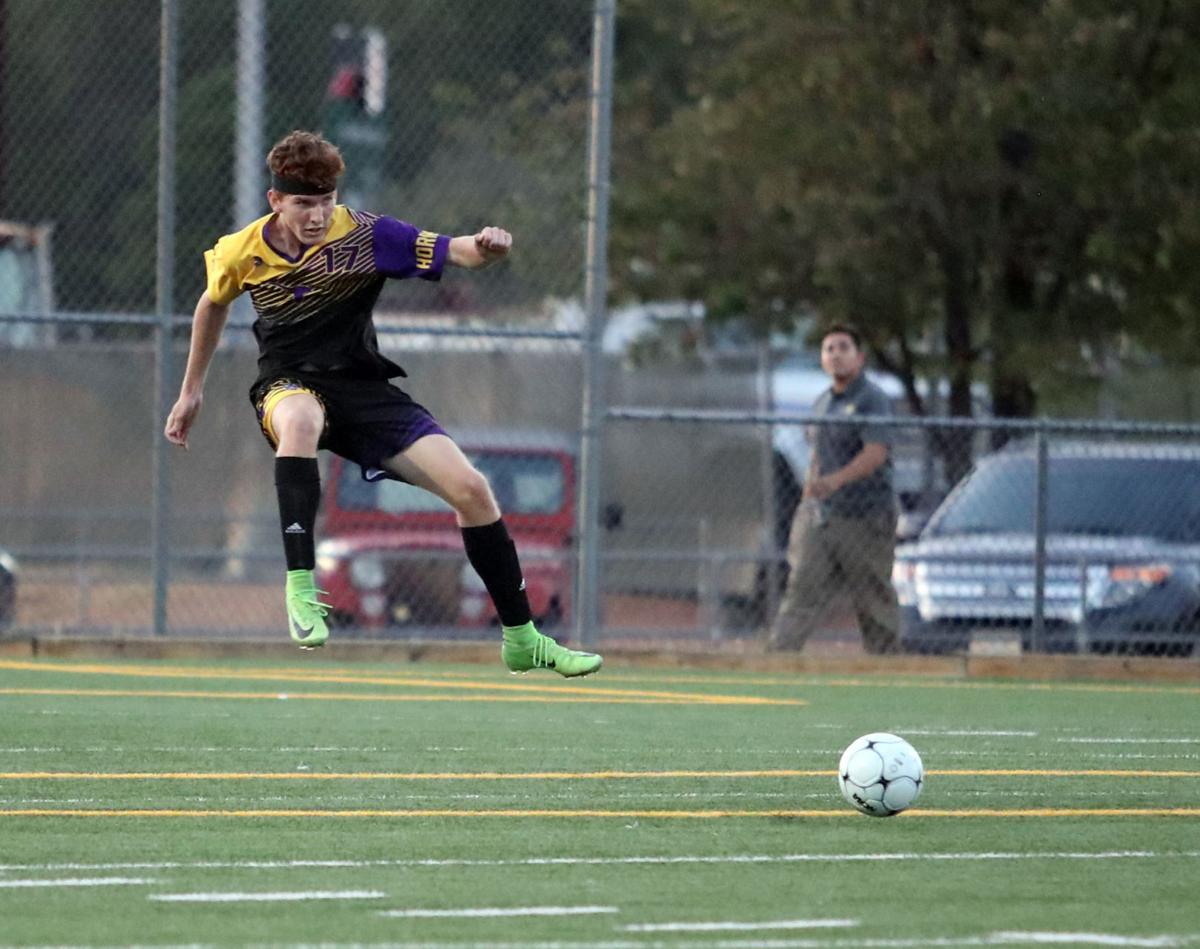 In addition to excelling in the classroom, Cole Tenney also stood out in both soccer and track and field at Payson High. 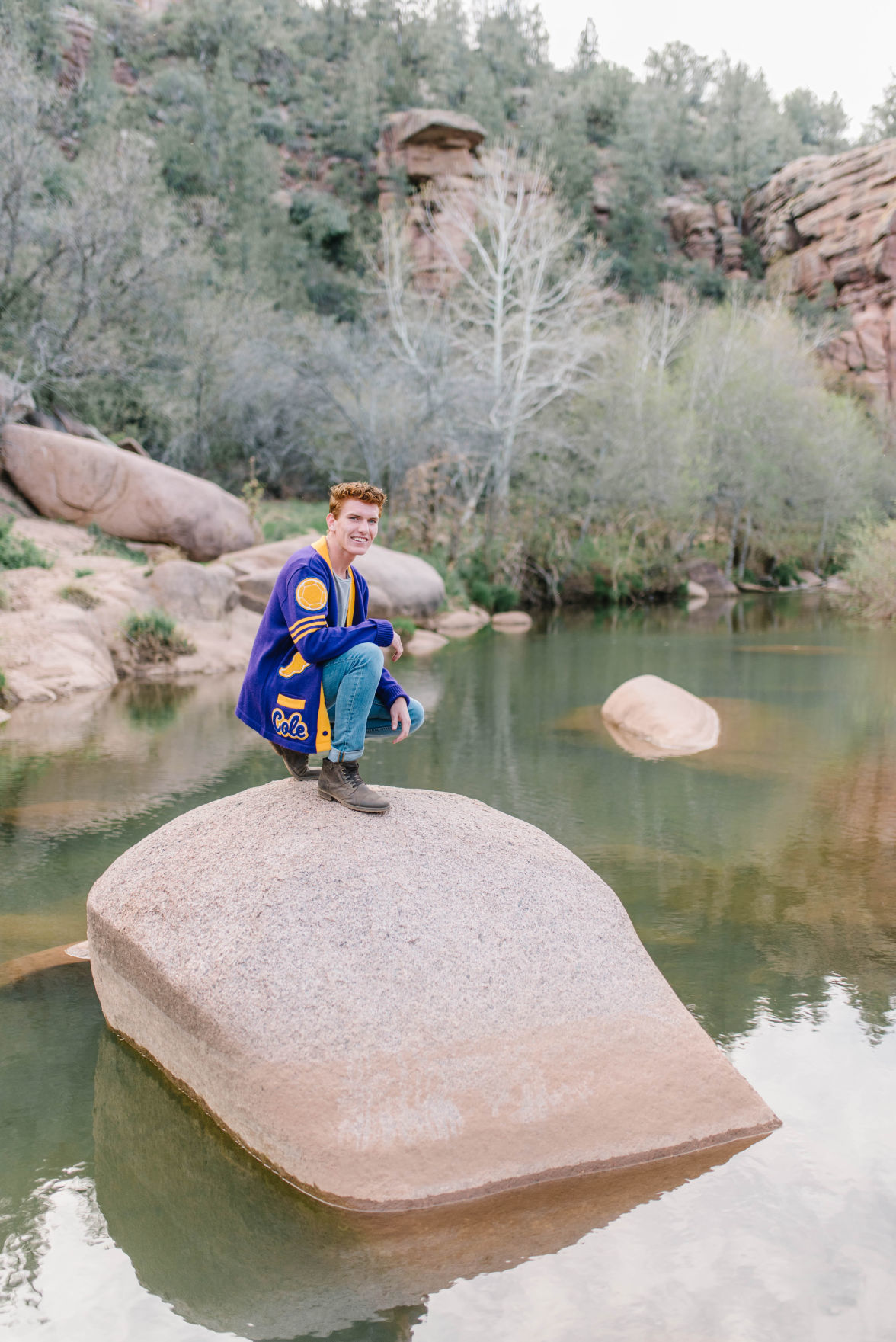 In addition to excelling in the classroom, Cole Tenney also stood out in both soccer and track and field at Payson High.

It’s part of the dynamic in most families.

That’s certainly the case in the Tenney household.

Cole Tenney wanted to be the Payson High School Class of 2019 valedictorian. And his sister, Ali, had something to do with that.

“My sister graduated as salutatorian and I wanted to beat her — older sister and all that,” he said.

Tenney is Payson High School’s Class of 2019 salutatorian. He finished with a 4.19 grade point average (GPA) thanks to taking college-credit classes.

That ranks second only to Kajal Daya’s 4.20 GPA.

And he’s fine with that.

“I was excited to be salutatorian for sure,” he said. “There’s a lot of very smart kids in our class, so I was honored to be ranked so high among my peers.”

His academic success has netted him scholarships so he can attend college without incurring a huge debt.

“I’m lucky that I won’t have to worry about tuition because scholarships will take care of the tuition and a lot of the fees and that’s what’s going to make college affordable to me,” he said. “My goal is to go to college and make it out debt free. That’s what’s driven my academic work the last four years.”

He hasn’t decided which college he’ll attend or even what he’ll end up majoring in.

He’ll have plenty of time to ponder his future during his mission for the Church of Jesus Christ of Latter-day Saints. He’ll leave in August to spend two years in Barcelona, Spain.

“I’m very excited,” he said. “I’ve found a lot of peace and joy in my life through my faith and I’m excited to go and share that and do what I can to help serve people.”

He’s considering a career in the engineering field. But that could change.

“My biggest interest is in aerospace engineering,” he said. “I just really love planes. I love science, math, problem solving, creating things and making things better. That’s what I want to do.

“But I’ll definitely be thinking about things while I’m over there. I’m thinking it will be a life changing experience.”

A National Merit Scholarship finalist, Tenney excelled in the classroom and on the field.

He grew up participating in multiple sports as a kid. And he said taking part in athletics was one of the most beneficial things he did in high school.

“My dad always likes to say, ‘We don’t have a farm, so his kids play sports,’” Tenney said. “It’s our way of learning how to work, how to be a part of a team, how to learn how to do hard things and to stay healthy. It’s definitely worth it. And, at the end of the day, it’s still fun.”

It’s not easy excelling in the classroom with such a demanding schedule.

“It is a lot of work to take the upper-level classes and do well in them,” he said. “It can be difficult, but it’s doable. You learn how to adapt and make it happen. I’ve taken homework to away games and stayed up late. It takes determination to get good grades and have the extracurricular (activities).”

He organized a project to build a fence around a field at a camp in Heber to earn his Eagle Scout award.

Cole sounds like he would be a good candidate for the Air Force Academy, given his good grades and sports participation, assuming he also has good SATs, physical and medical condition, and can demonstrate examples in leadership, character, and citizenship (school and community). I have to think his high school counselors already picked up on that, though. USAFA has one of the best Aerospace (and other) Engineering programs in the entire country and provides an excellent gateway into both engineering and flying careers.