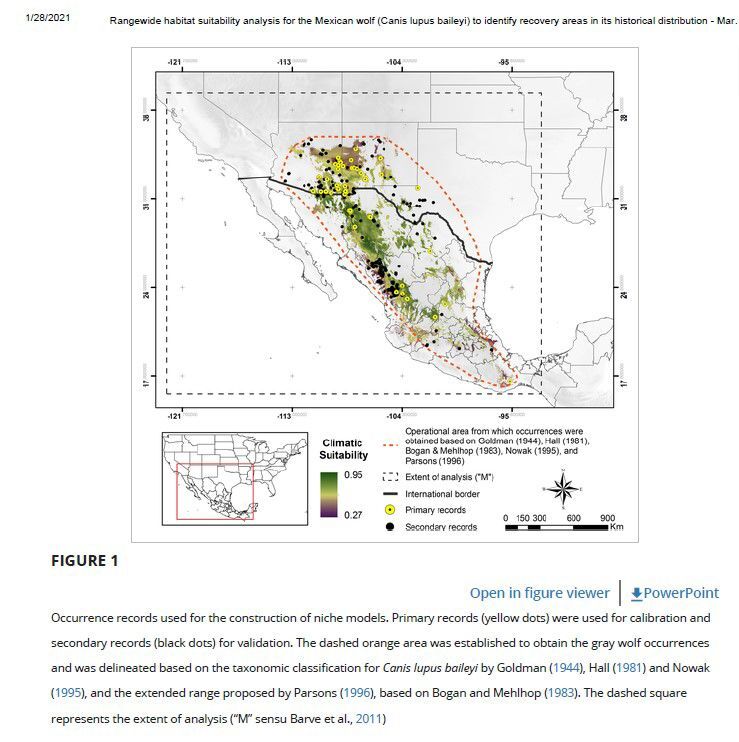 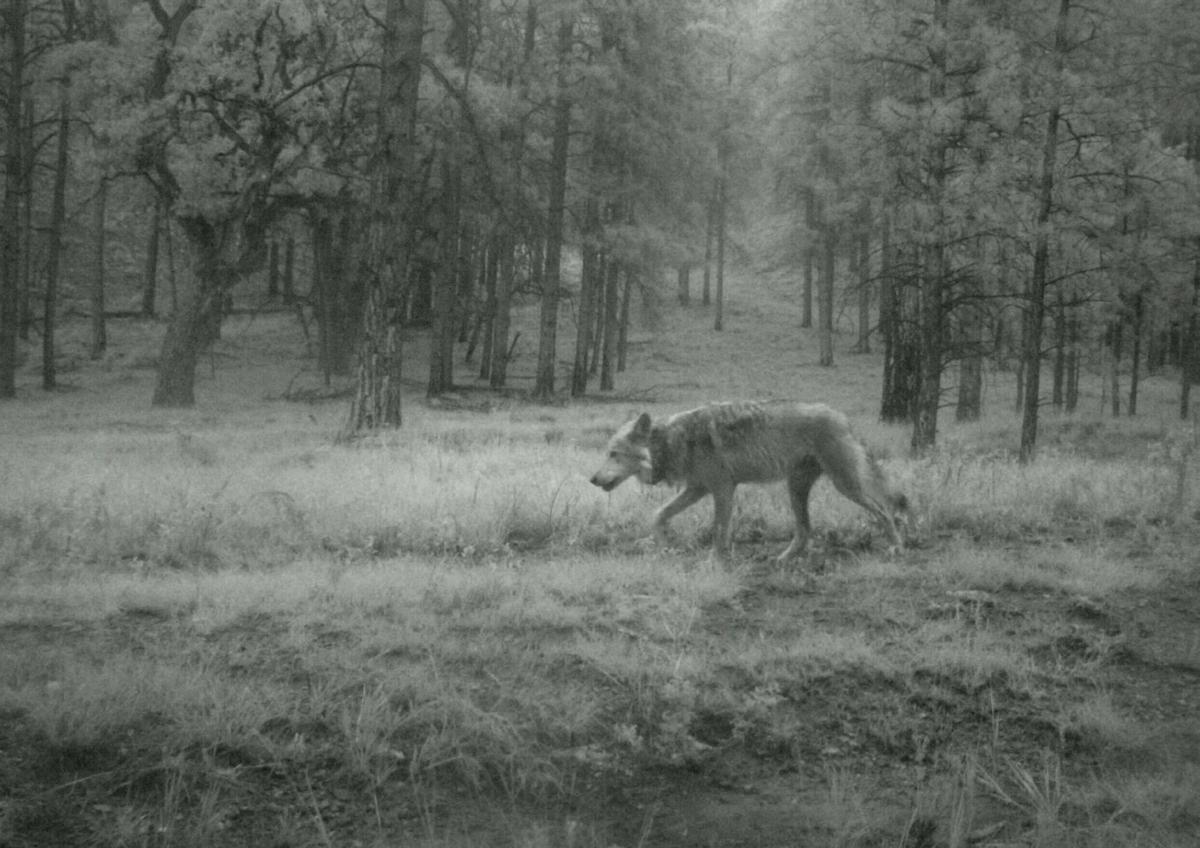 A game camera used by a Range Rider caught this photo of a wild wolf. 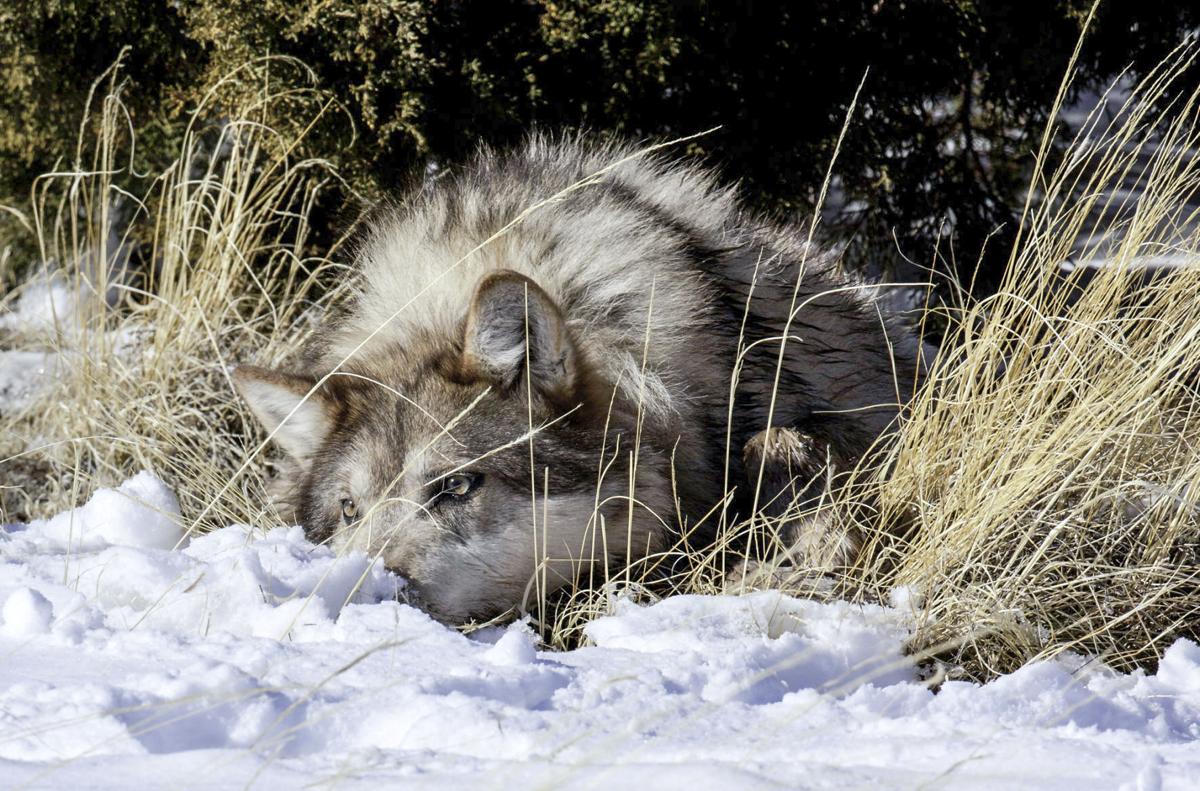 A Mexican gray wolf relaxes on some grass after being released back into the White Mountains after a helicopter capture and veterinary checkup. 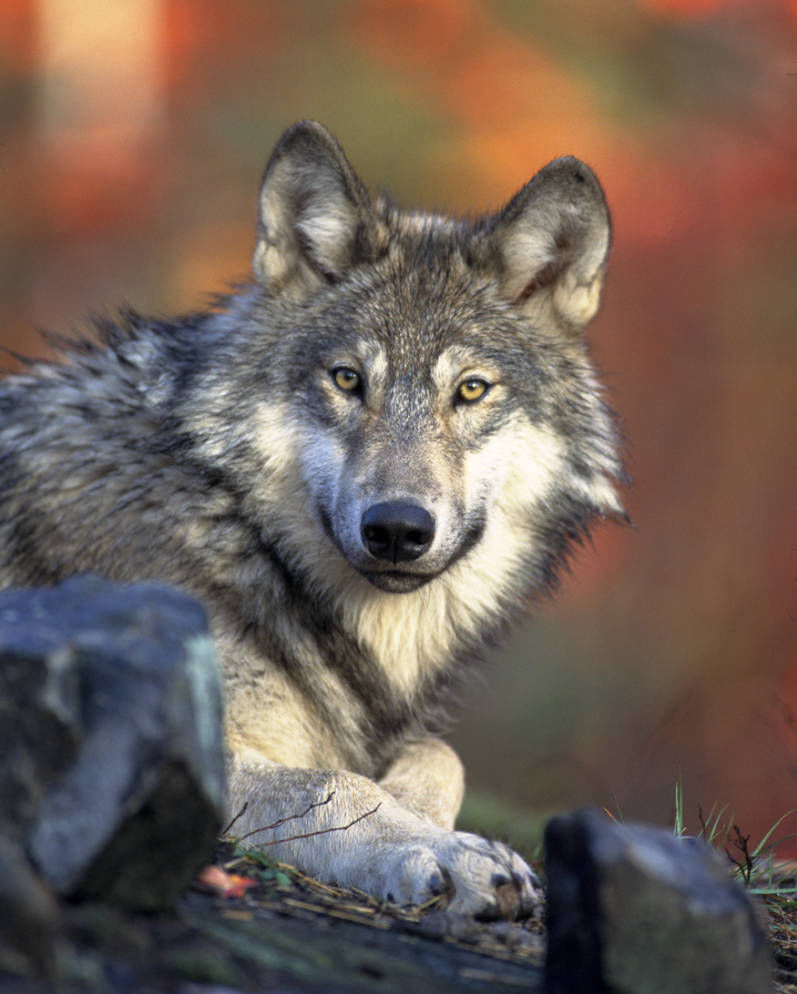 A game camera used by a Range Rider caught this photo of a wild wolf.

A Mexican gray wolf relaxes on some grass after being released back into the White Mountains after a helicopter capture and veterinary checkup.

A new study suggests there’s ample habitat for the Mexican gray wolf to thrive without substantially expanding the current reintroduction area — but the bulk of the potential wolf habitat is in Mexico.

Environmental groups and many wolf biologists have argued for a big increase in the reintroduction area for the wolf throughout the White Mountains, across Rim Country and to the North Rim of the Grand Canyon.

The U.S. Fish and Wildlife Service and the Arizona Game and Fish Department have argued that the existing areas south of I-40 with connections to Mexico provides enough deer, elk and remote habitat for the wolf to make a comeback.

Currently — after an expensive, decades-long effort — there are an estimated 163 Mexican gray wolves in Arizona and New Mexico and perhaps 30 more in Mexico’s Sierra Madre mountain range.

The research team from Mexico and the U.S. performed an analysis that combined satellite measurements of vegetation, deer and elk population surveys, 350 primary and secondary historical records of wolf sightings and published estimates of human population and road density, according to the peer-reviewed paper published in the conservation journal Diversity and Distributions.

Overall, the study identified some 32 million square miles of potential Mexican gray wolf habitat — about two-thirds of it in Mexico and the rest in Arizona, New Mexico and Texas.

The Arizona Game and Fish Department (AZGFD) hailed the study, saying it supports the current reintroduction plan that focuses on establishing a population in Arizona and New Mexico, connected to another recovery area in Mexico by north-south running sky island mountain chains.

Environmentalists and some wolf biologists say Mexican gray wolf populations remain so small and so subject to continuing pressure from humans that only establishing two or three self-sustaining wolf populations will ensure the species’ long-term survival. Advocates for expanding the recovery area in the U.S. have also said they’re skeptical about whether Mexico can sustain its own underfunded, still fledgling recovery program.

However, AZGFD Assistant Director Clay Crowder hailed the new study, saying “Mexico contained 90% of the Mexican wolf’s historical habitat, so it is unjustified to force recovery entirely in the United States. Efforts to recover Mexican wolves north of historical range — as some have advocated — are not only unnecessary but against federal regulations, because suitable habitat exists within historical range.”

The U.S. Fish and Wildlife Service recently delisted the gray wolf, arguing the species has recovered in Canada, Idaho, Wyoming and elsewhere. The separate, geographically isolated Mexican gray wolf remains on the endangered species list. Reintroduction efforts have been slowed by a relatively high mortality rate among the wolves, mostly due to human causes — including illegal killing, traffic deaths of wolves and the removal of wolves that either harass livestock or humans or wander outside the reintroduction area.

The latest attempt to map habitat that can support the Mexican gray wolves differs with previous, less-comprehensive studies that concluded habitat in Mexico can’t adequately support the wolves. That’s partly because those areas lack elk and mule deer.

“As part of many other binational conservation efforts, this analysis provides key information showing where Mexican wolves have the highest probability of thriving, said project lead scientist Enrique Martinez-Meyer of Universidad Nacional Autonoma de Mexico. Researchers from AZGFD, the U.S. Fish and Wildlife Service and the University of Arizona also worked on the study.

The study concluded that currently the best habitat for the wolves exists in the White Mountains and the Mogollon Rim territory, which includes areas like the Hellsgate and Four Peaks wilderness. That’s mostly because those areas have large populations of whitetail deer, mule deer and elk. The areas in Mexico that at the right elevation with the right kind of vegetation and low human population and road densities offer only whitetail deer as a prey base.

The U.S. Fish and Wildlife Service is now completing its annual wolf count, which was slowed by the pandemic. In 2019, the wolf population jumped 24% to 163 — including 19 packs with 87 wolves in New Mexico and 76 in Arizona. Biologists have had success in taking pups born in the captive breeding programs and placing those pups in the dens of wild wolves — who become foster parents. The effort has boosted reproduction as well as injecting badly needed genetic diversity into the wild population.

The Center for Biological Diversity has remained a persistent critic of the wolf reintroduction efforts suggesting decades of effort have not produced self-sustaining wolf populations in the current reintroduction area. Several biologists who once worked for the federal government have supported that claim, saying the existing population is expanding too slowly and remains too vulnerable to a single disaster like a big wildfire and to the effects of inbreeding.