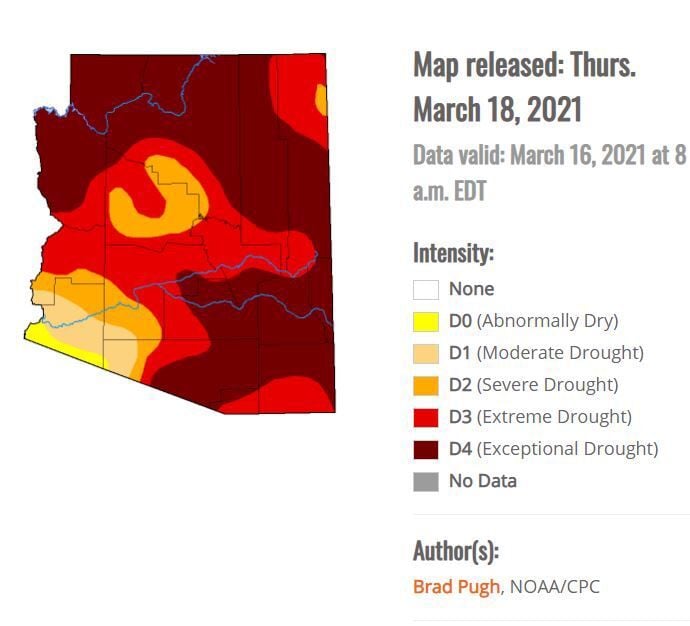 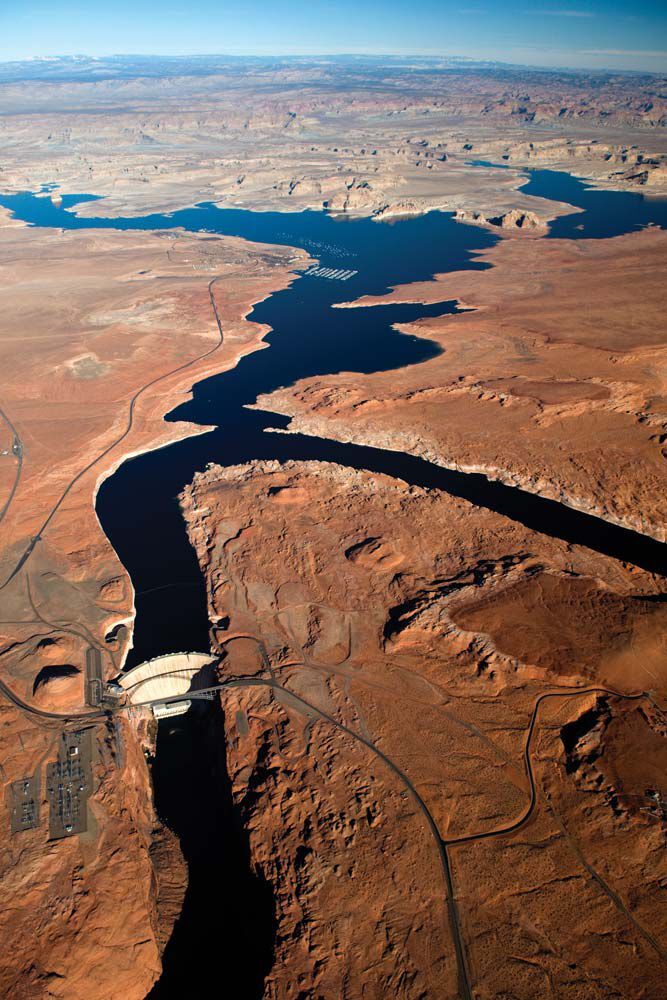 Aerial view of Glen Canyon Dam with Lake Powell spreading out behind it. 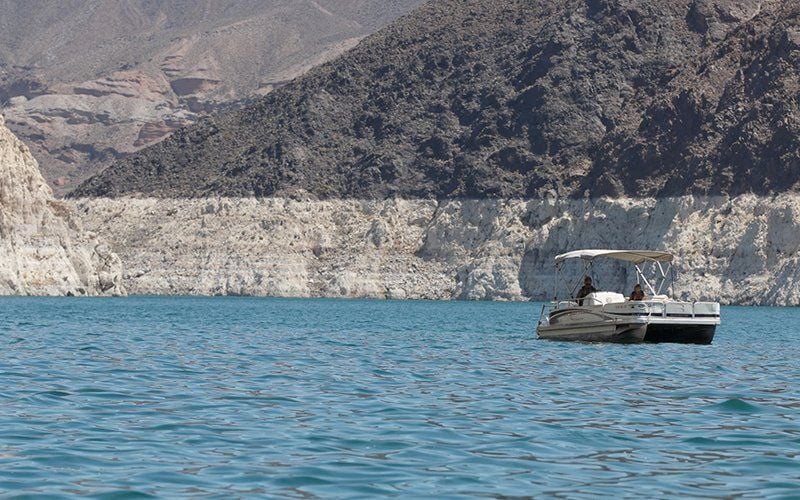 Aerial view of Glen Canyon Dam with Lake Powell spreading out behind it.

A $35 billion water infrastructure bill that passed the Senate with huge margins remains stuck in the House, caught in a larger debate about federal spending.

The bill would include a $50 million fund for projects on reservations, since about a third of the people living on the Navajo Reservation have no access to drinking water unless they haul it to their homes.

The flow of grants for water systems and storage could have less impact on Rim Country and the White Mountains than many other areas of the state. Payson, Show Low, Pinetop and other cities in the region are among the few rural communities with a long-term water supply — which would provide both areas with a secret weapon as the state’s water crisis deepens.

The Senate’s water infrastructure bill earmarks half of the $3.5 billion over four years to water systems serving between 10,000 and 100,000 people. The bill would also provide money to remove lead pipes in drinking water systems, since lead in drinking water increases the risk of mental health and learning problems in children.

This contrasts to the partisan standoff that has stalled President Joe Biden’s larger $1.9 trillion infrastructure bill. Senate Republicans have countered with a roughly $900 million package — much of it in existing programs or diverted from already approved COVID-19 relief funding.

The move to increase federal funding on water infrastructure projects comes at a moment of crisis in Arizona.

The state faces the first-ever rationing of Colorado River water that supplies about a third of the state’s needs — mostly in Pinal, Maricopa and Pima counties. After a bone-dry winter, water levels in Lake Powell and Lake Mead have fallen to the lowest levels since the reservoirs were filled in the 1960s. Arizona and Nevada are last in line among the seven states with rights to water from the Colorado River. So cutting off the state’s Colorado River supplies would require more groundwater pumping.

However, the state already faces a festering crisis when it comes to the over-pumping of groundwater.

The state had to adopt groundwater management plans for the counties receiving Colorado River water as a condition of federal funding for the Central Arizona Project. However, landowners remain free to pump as much groundwater as they like in the state’s rural counties.

As a result, a combination of the drought, population growth and the demands of huge corporate farms that can afford to dig deep, high-capacity wells — water tables are dropping rapidly in most of the state.

Scores of bills have been introduced in the Arizona Legislature to deal with the groundwater crisis, but most have died in committee — including half a dozen bills this year.

However, the Legislature did approve a fantastical resolution asking the federal government to study construction of a 1,500-mile-long pipeline up and over the continental divide to bring Mississippi River floodwaters to Arizona.

The U.S. Bureau of Reclamation in 2012 actually studied the feasibility of pumping 600,000 acre-feet annually out of the Missouri or the Mississippi River. However, the bureau concluded it would take 30 years to build such a project and the cost of pumping all that water uphill would make it much less economical than other options — including conservation. Most of the water Arizona uses goes to agriculture — including growing water-intensive crops like cotton, alfalfa and lettuce. The 336-mile-long Central Arizona Project cost $4 billion some 40 years ago. It delivers 1.5 million acre-feet annually, but loses about 66,000 acre-feet annually from seepage and evaporation. The project was started in 1973 and took 20 years to complete.

More plausible projects under study include building a desalination plant in the Sea of Cortez to provide 200,000 acre-feet annually, freeing up Mexico’s entitlement to Colorado River water. Another three-state project being studied involves recycling California wastewater into farm and drinking water — which could save 170,000 acre-feet annually.

However, climate scientists predict that the flow of the Colorado River will likely continue to decline in coming decades, which could undo even those far-fetched efforts. Many water experts say the state must learn to use less water — which could limit growth in places like Pinal County and Buckeye as well as drying up the water supply for major farms not on the reservations.

Ironically, the crisis could rebound to the advantage of Rim Country and the White Mountains — virtually the only rural areas in the state with an ample water supply. Payson has rights to 3,000 acre-feet annually from the C.C. Cragin Reservoir — more than doubling its long-term water supply. The White Mountains enjoy the most rainfall and deepest snowpack in the state — with most areas relying on groundwater relatively close to the surface.

The region’s reservation populations face greater challenges. The sprawling Navajo Reservation has been hammered by drought, with a third of households having no access to water and sewage systems. The White Mountain Apache Reservation has more water, but also has many areas with unreliable wells or water systems. It’s building a dam and water system as part of a far-reaching water settlement with the federal government.

The $35 billion Senate water infrastructure bill could provide grants for reservations and other rural areas to improve their water and wastewater systems if it can make its way through the House.

For the moment, the increasingly bitter deadlock between Republicans and Democrats on Biden’s larger infrastructure plan has taken precedence over the piecemeal enactment of the water infrastructure bill.

One national survey of Arizona’s infrastructure gave the state a C grade. The study listed 132 bridges and 3,100 miles of highway as being in poor condition and in urgent need of repair.