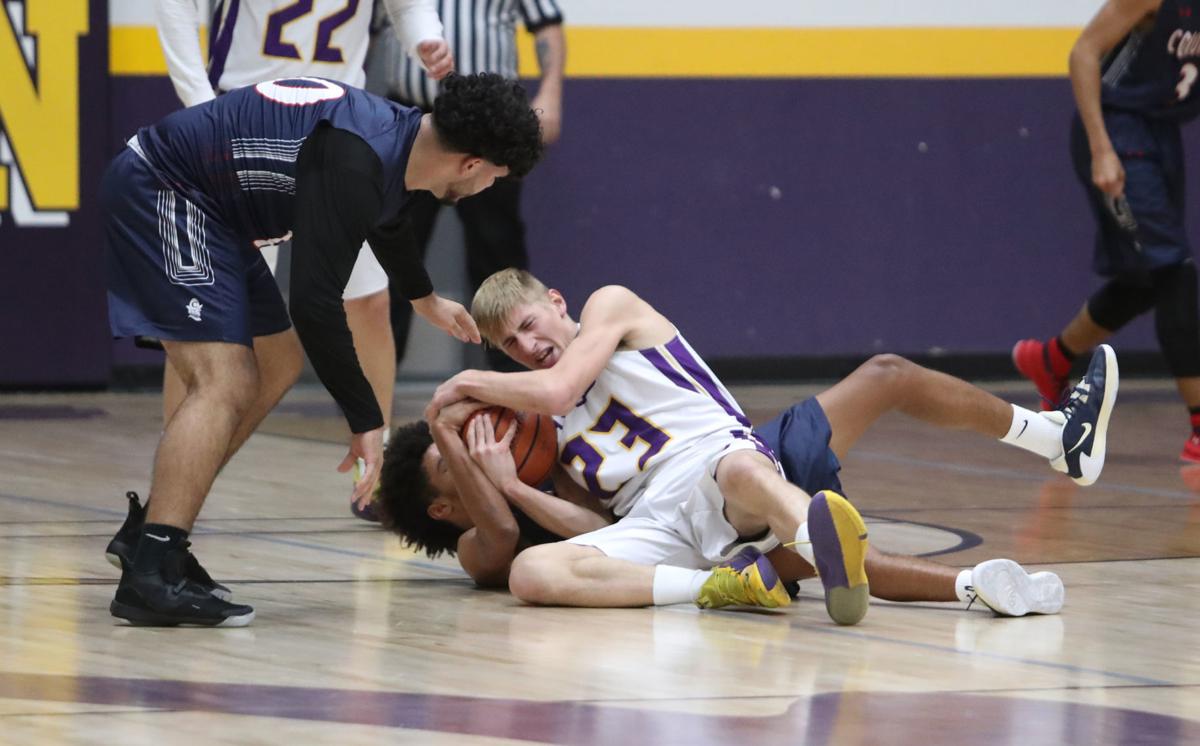 Hunter Lee battles for possession of the ball. See more photos from this game at payson.com/multimedia. 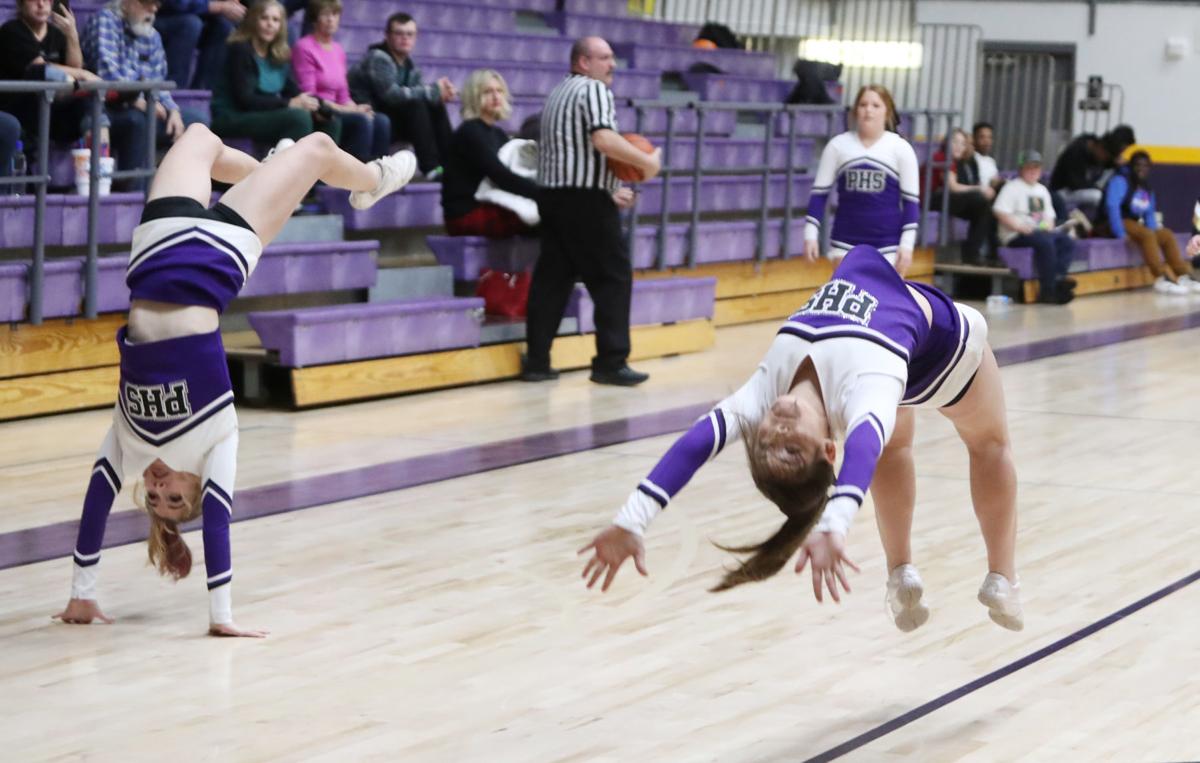 Two cheerleaders do backflips down the court. 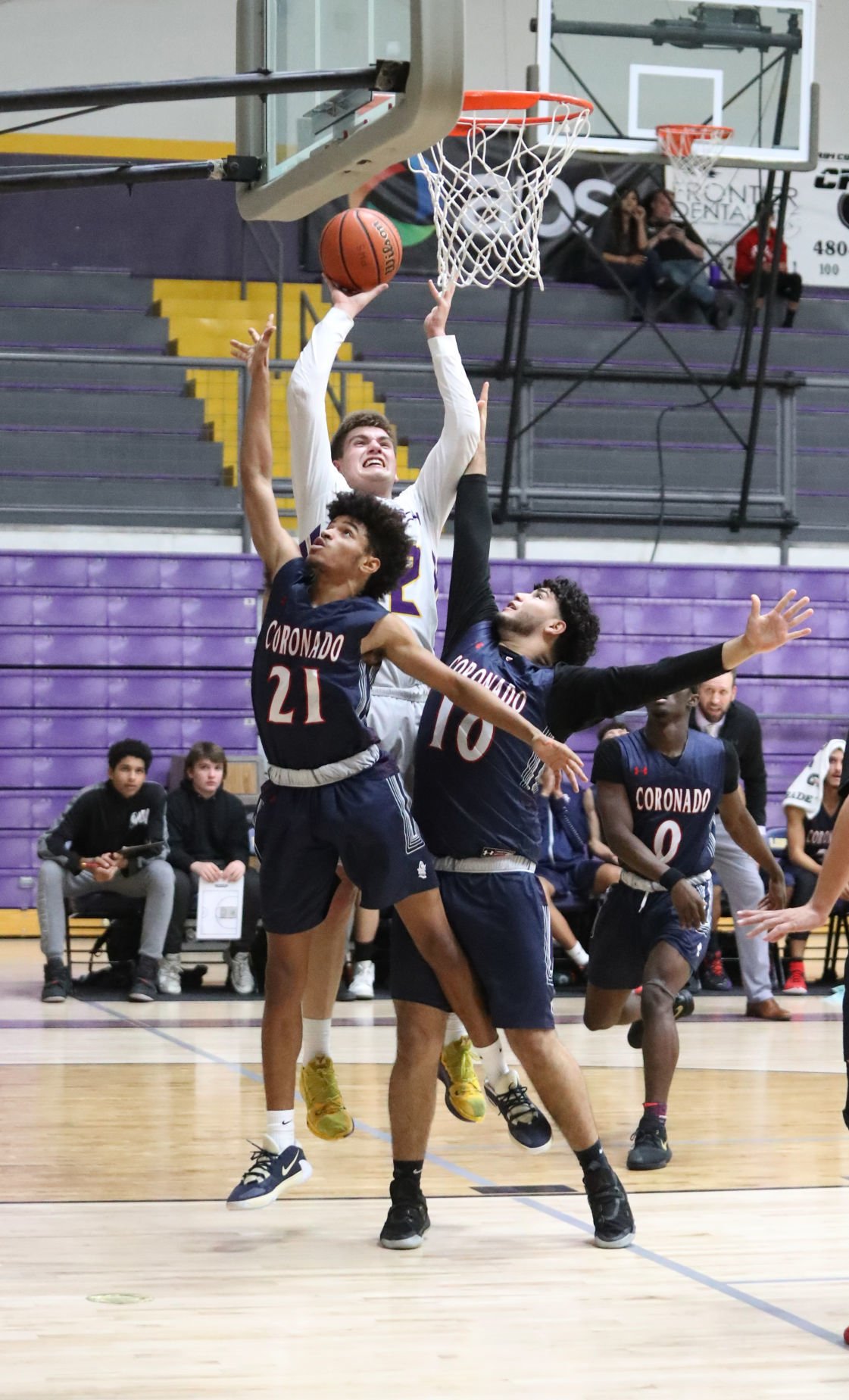 Will Howell goes up for two of his season-high 26 points against Scottsdale Coronado. 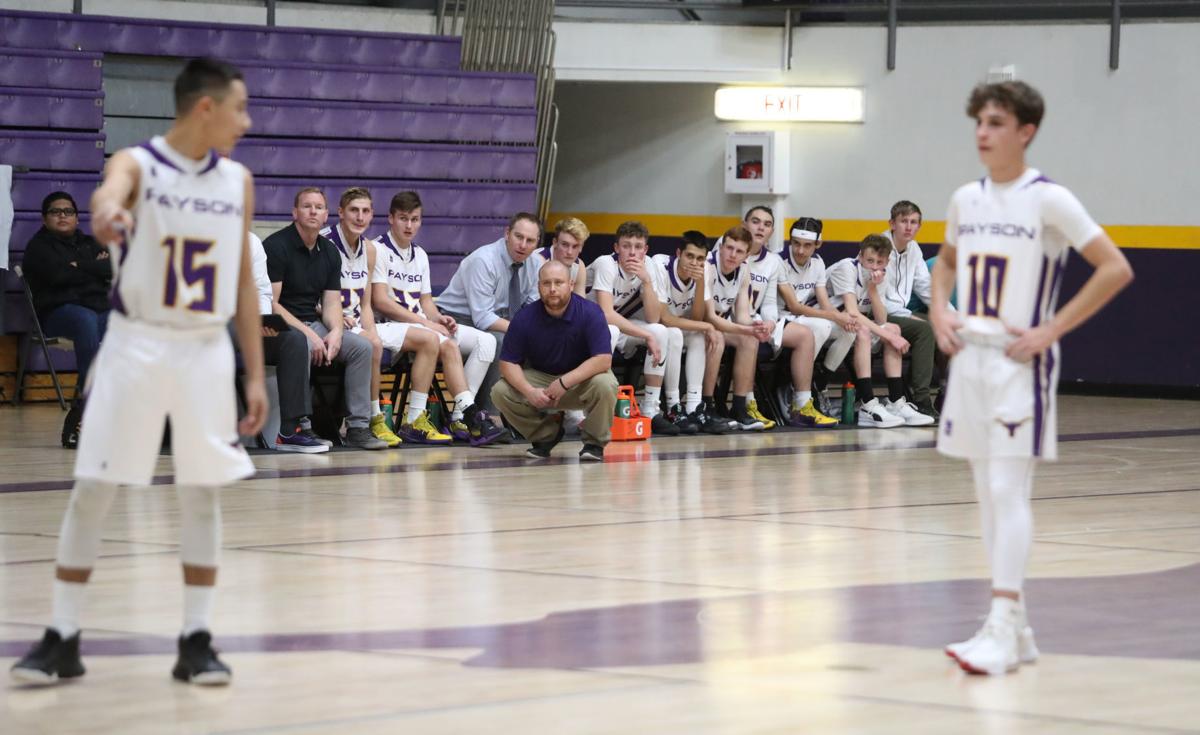 Coach Joe Sanchez is trying get his players to focus on playing four strong quarters a game. 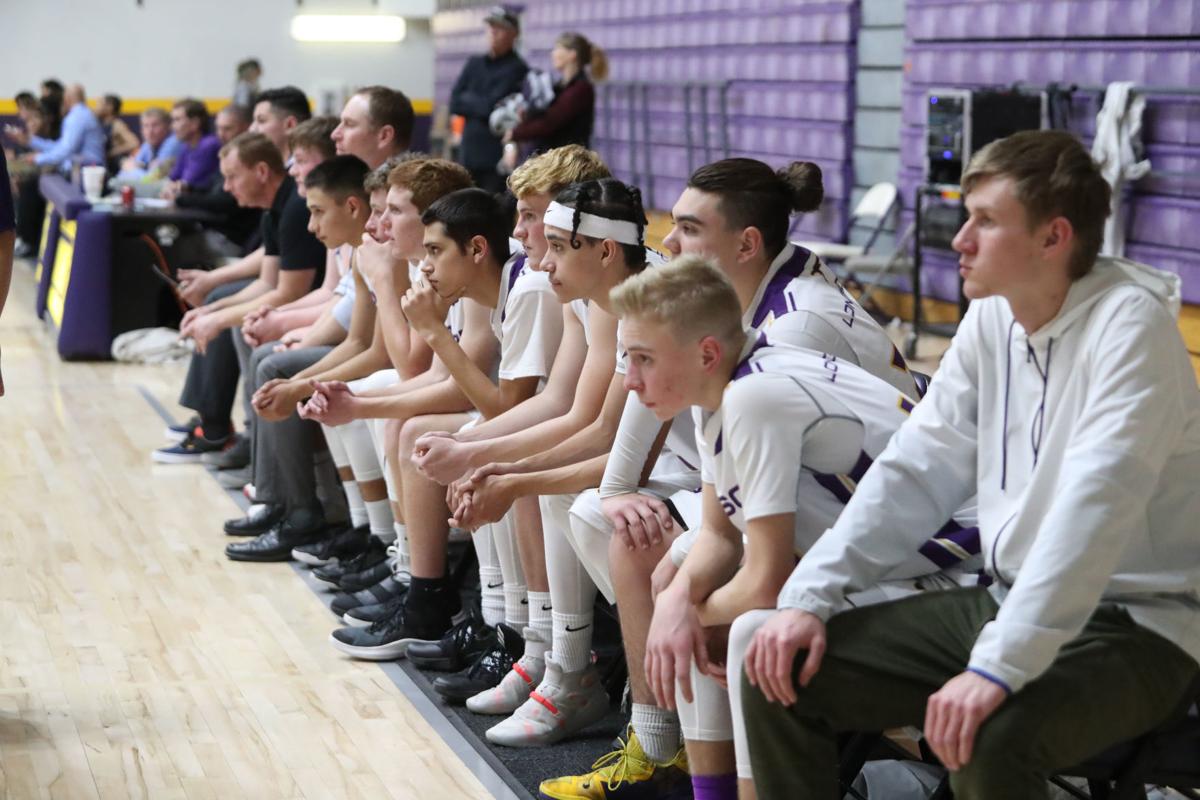 The Longhorns watch from the bench against Coronado.

Will Howell poured in a season-high 26 points and Hunter Lee added 14, but it wasn’t enough for Payson’s boys basketball team in a 70-57 loss to visiting Scottsdale Coronado on Tuesday night.

“Will really demanded the ball and made his presence felt down low,” said Payson coach Joe Sanchez.

“Our boys played hard and didn’t give up. We made a lot of mistakes that put us in a hole. The coaching staff challenged them to not play scared in the second half and play with confidence and they played much better in the second half.”

Howell shot 80 percent from the field (12 of 15) and was 2-for-2 at the free-throw line. Unfortunately, the Longhorns took only five free throws all game, missing the other three.

Payson was 3-for-9 from three-point range, with Tony Tinnin sinking two of his three attempts in a six-point night. Trevor Flores also scored six points and chipped in four assists.

The Longhorns fell to 0-6 in games that count and 4-11 overall counting tournaments.

Payson was coming off a 3-1 performance in the Yvonne Johnson Memorial Tournament at Camp Verde on Dec. 27-28. The Longhorns won the consolation championship. Their only loss came by a 59-56 score against Parker in the opening game.

“Trevor Flores hit a half-court shot to send it to overtime, but the ref waived it off saying it was after the buzzer,” Sanchez said. “We won the next three games and played really well as a team. Our young guys got a lot of playing time. It’s exciting to see what the future of our program will look like.”

It doesn’t get any easier for the Longhorns, who open 3A East play at No. 5 Holbrook (5-2) at 7:30 tonight following the girls game. The teams face each other again in a rematch in Payson on Tuesday.