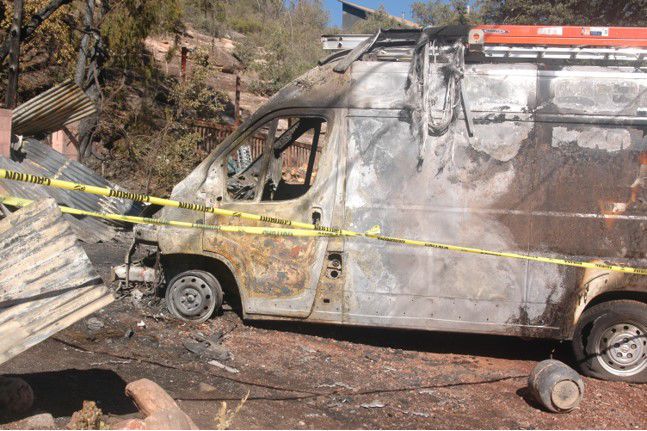 James Harelson and his dad Ryan (below) survived a fire Friday night at their second home in Geronimo Estates. While one of their dogs also got out safely, their brindle pit bull mix Georgia did not. 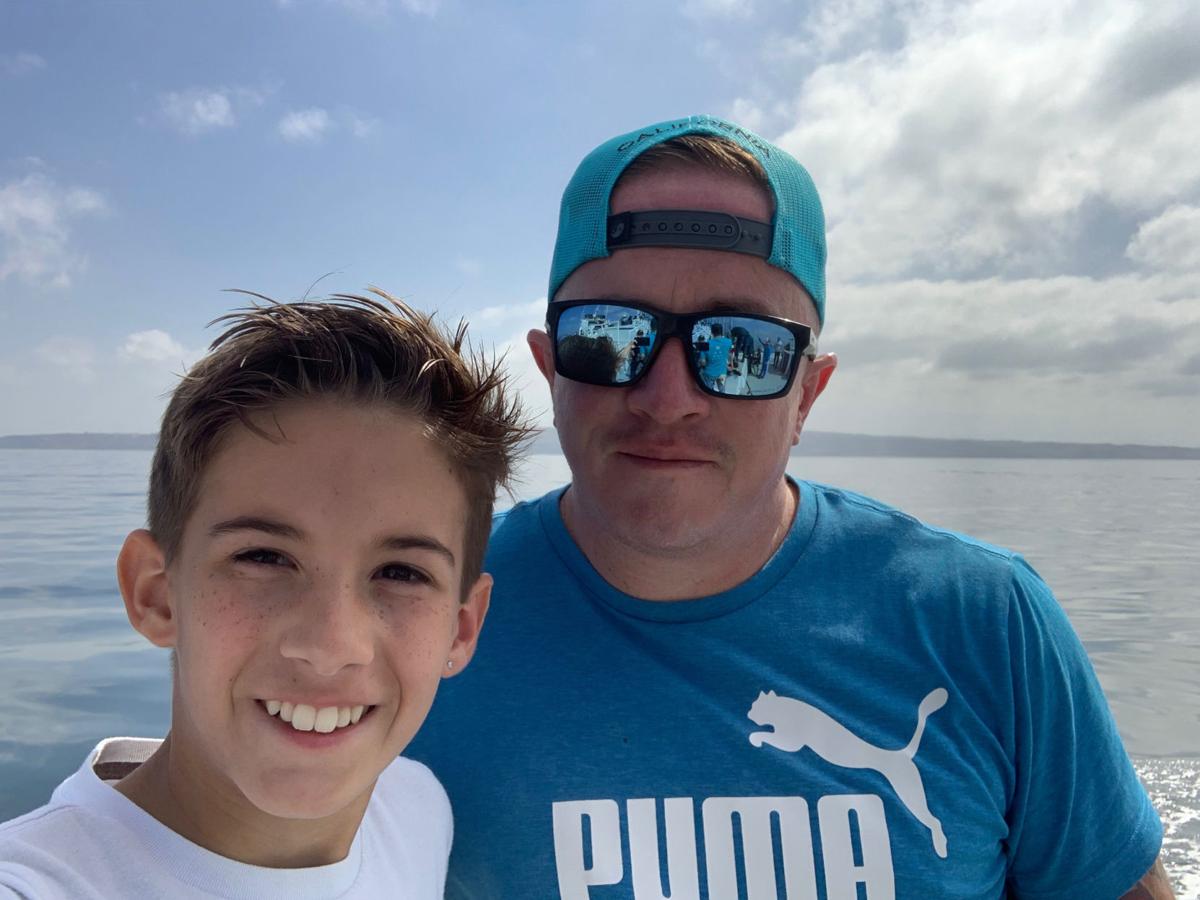 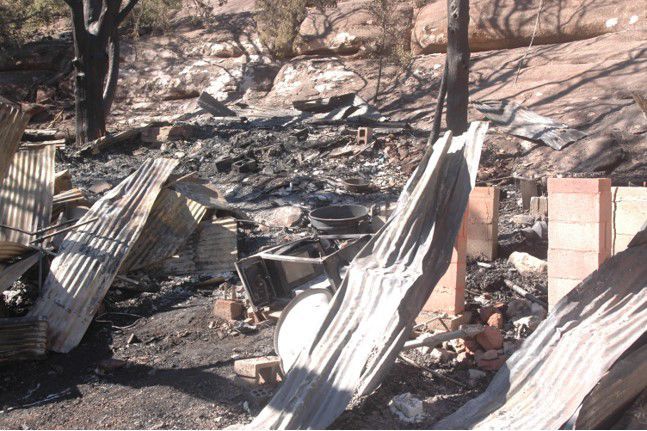 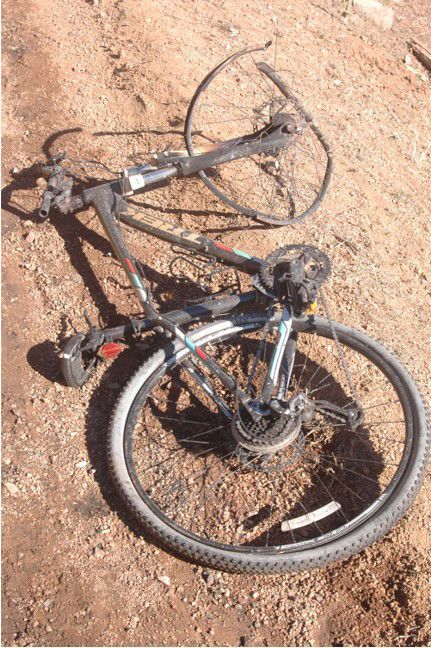 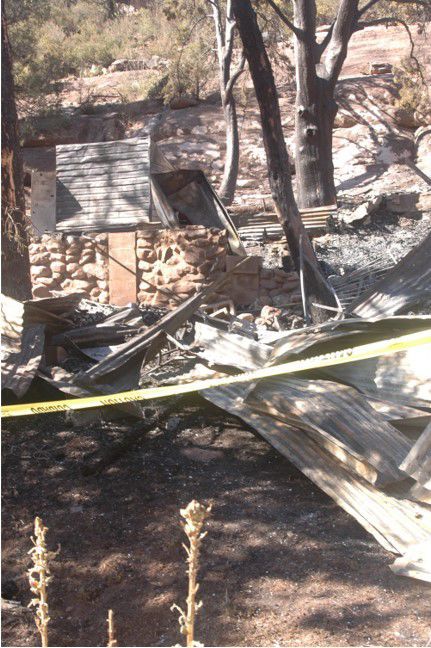 James Harelson and his dad Ryan (below) survived a fire Friday night at their second home in Geronimo Estates. While one of their dogs also got out safely, their brindle pit bull mix Georgia did not.

About 10 p.m. Friday, an explosion rocked Geronimo Estates, sending firefighters to the end of Paint Pony Drive and the Harelson home.

Ryan Harelson and his 12-year-old son James had arrived at their second home late Friday for a “boys’ weekend” of dirt bike riding, target shooting and relaxing.

Ryan said they grilled steaks for dinner and had a fire in a metal firepit just off their wooden deck.

What happened next is unclear, as the Harelsons recounted the story at 2 a.m. Saturday, while firefighters were still on scene mopping up.

“I saw fire between the lines of the deck,” he said.

The Harelsons grabbed fire extinguishers from inside the house and put the fire out, or so they thought.

They brought their two dogs in for the night and went to bed. James said he was in his room watching videos on his phone, his dad asleep in the other room.

“I heard cracking, looked out my window and saw orange,” he said. He tried repeatedly to wake his dad who slept soundly.

“I was screaming as loud as I could,” he said.

He threw two backpacks outside — one holding his Halloween candy, the other his phone, clothes and other items.

Ryan finally woke and got outside through a window in just a pair of sweatpants. Duke, a boxer left with him, but their brindle pit bull mix, Georgia, did not survive the fire.

Just as the pair made it outside, there was an explosion, waking the neighborhood. Neighbors called 911 reporting an explosion had shaken their walls. Neighbors took James and his dog in to warm up as Ryan and others helped direct half a dozen engines and water tenders down the single lane dirt road in the dark.

Ryan reported there was more than a dozen guns and about 2,000 rounds of ammunition burning in the fire along with gasoline in the dirt bike tanks and a propane tank for the grill.