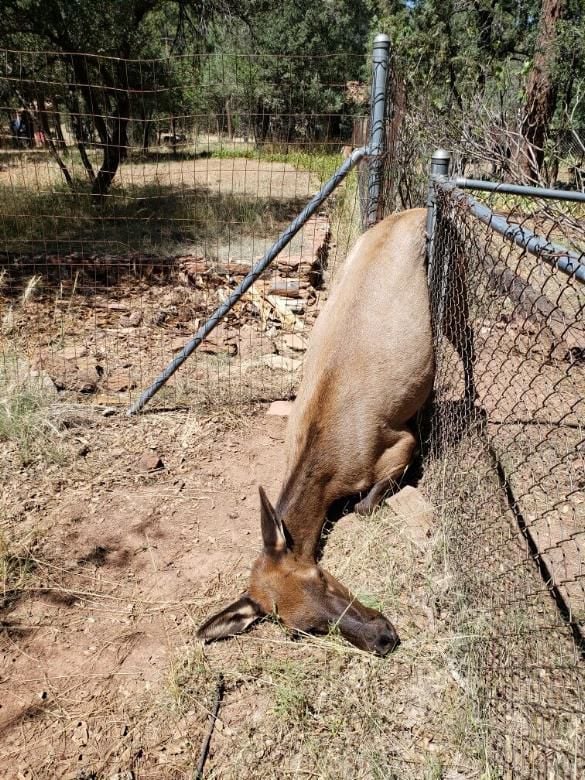 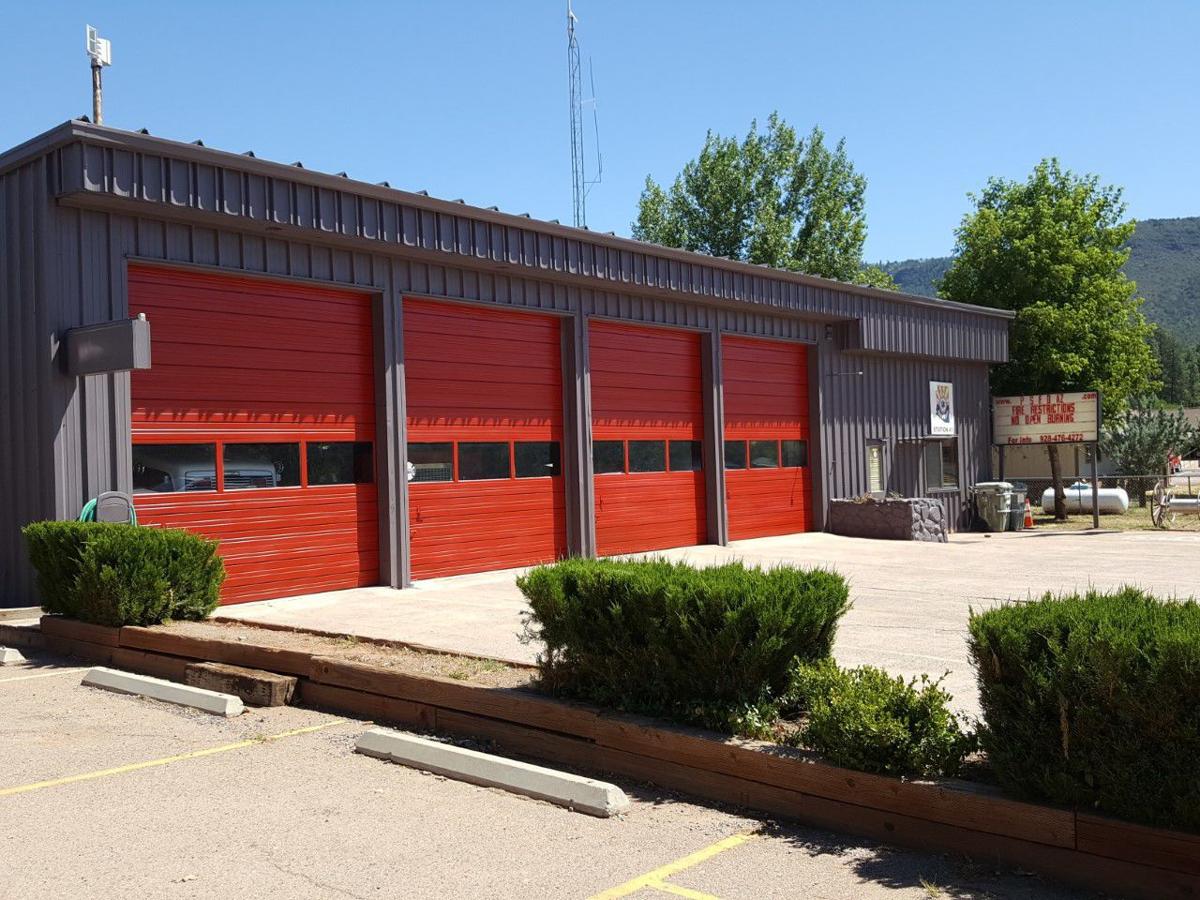 Pine-Strawberry firefighters have been called out to perform many emergency rescues, but usually the victims are imprudent hikers who learn too late they are ill-equipped and unprepared for the trek out of rugged Fossil Creek.

Last week, however, when the firefighters were dispatched, it was not to rescue a thoughtless hiker, but rather save a cow elk whose vertical leap was not quite Michael Jordan-like.

When fire department personnel arrived at the location, near Limestone and Sumac streets in Pine, they found the elk straddling a four-foot high fence and struggling to free herself, which was getting more difficult as minutes passed.

“They were able to lift the cow’s rear end over the top of the fence and she wandered off.”

When rescuers returned to the Pine station, they did so to a facility that had taken on a spanking new look for the first time since it was built in the 1970s.

Pine-Strawberry Water Improvement District Manager Cato Esquivel’s board-approved request to purchase and install generators without going through a competitive bidding process received a second OK, with stipulations, during a rehearing on the issue held at during an Aug. 28 special board meeting.

In requesting the “no-bidding” purchase, Esquivel justified doing so by citing the district’s rules and regulations and Arizona Revised Statutes regarding sole source procurement which is a contract entered into without a competitive process. It is usually based on the justification that only one known source exists or a single supplier can fulfill the requirement.

However, board members Sharon Hillman and Larry Bagshaw argued the purchases should go out for bid because of previous problems (relating to arrest and conviction of former PSWID treasurer Mike Greer).

Following the regular meeting, the board heard concerns about the “no bid” process prompting a special meeting that was preceded by an executive session.

During the regular meeting, Pam Mason and Sam Schwalm, both former members of the watchdog group “Water for Pine Strawberry” spoke about their concerns of the district manager awarding contracts without going to bid and not fully exploring all purchasing options.

Mason reminded board members that an auditor general report done during the investigation into Greer’s crimes censured prior managers for not using a bidding process.

The district’s attorney, Riley Snow, told members the district’s rules and regulations regarding sole sourcing left many gray areas. He also said Esquivel’s request for generator funding at the earlier board meeting was not specific enough and not given to board members in time for them to thoroughly review the documents.

Schwalm told the board that in light of the district’s past history, it was crucial for it to follow rules and protocol.

In retrospect, it appears no regulations were added requiring larger purchases being put out for bid, but modifications in the district’s procurement rules and procedures could be made.

The next board meeting is Sept. 19. Agenda items will include a WIFA update, Ponderosa Water Company update, discussion of USDA grant application and budget revisions.

Also at the fire department, Chief Gary Morris was honored with one of the most prestigious awards in fire science.

At a FireMed Conference in Nevada, he received the “James O. Page EMS Achievement Award” for his 40 years of contributions to improving fire-based emergency medical services.

Morris says the award humbled him because there are 33,000 fire chiefs around the country and only a small group has ever received it.

Morris came to Pine-Strawberry after a 30-year career with the Phoenix Fire Department.

During it he moved up the ranks until retiring as assistant fire chief.

He later returned to work with the Rural-Metro Fire Department in Arizona and later as City of Seattle, Wash. fire chief.

Morris is a prolific writer and educator lecturing around the country on improving fire safety for firefighters, EMS personnel and others

For this scribe, a native of small town Arizona, feeding wildlife is a selfish act by those who have no concern for undomesticated animals living in the ecosystem.

Biologists warn that when people feed wildlife it loses the natural fear of humans and become dependent on unnatural food sources. The loss of innate instincts can lead to the demise of the animals.

Also when young wild animals are taught to depend on human-provided food sources, they will not develop the essential foraging skills they need to survive as adults.

Biologists constantly warn feeding wildlife places animals at risk; so why does it continue?

Thought for the week