Sign Up
Log In
Purchase a Subscription
You are the owner of this article.
Edit Article Add New Article
Home
Outdoors
Hiking & Trails
Hunting & Fishing
Lakes & Streams
Places to Go
Things to Do
Wildlife
Features
1 of 6 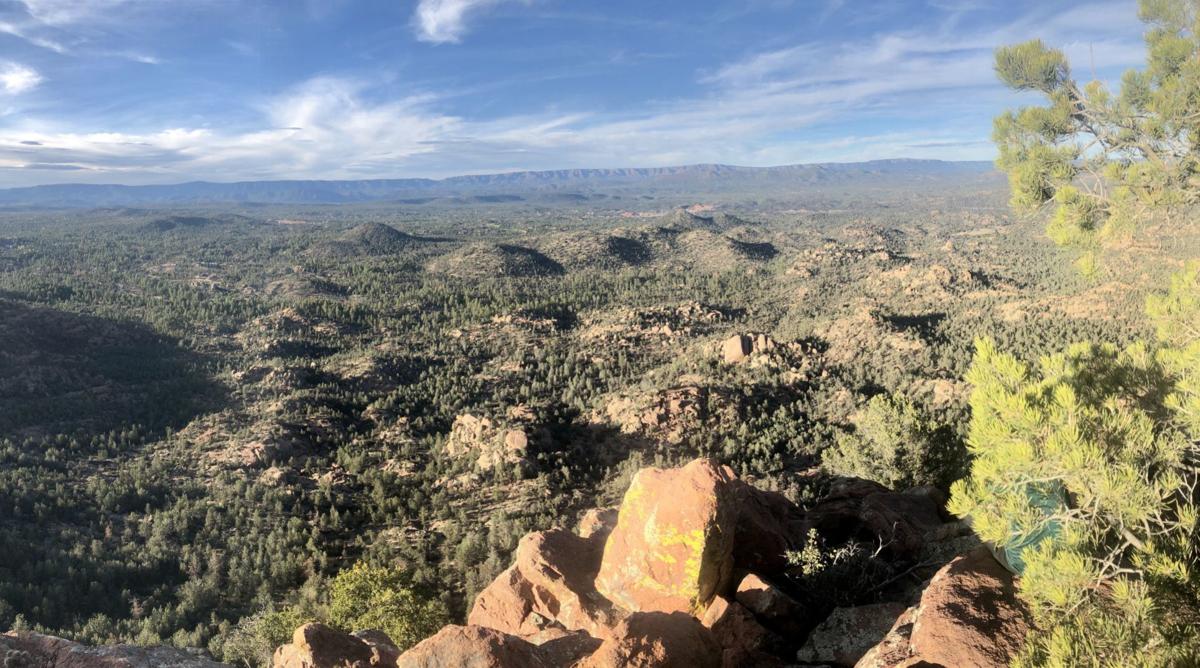 A view of the Mogollon Rim from the Granite Dells. 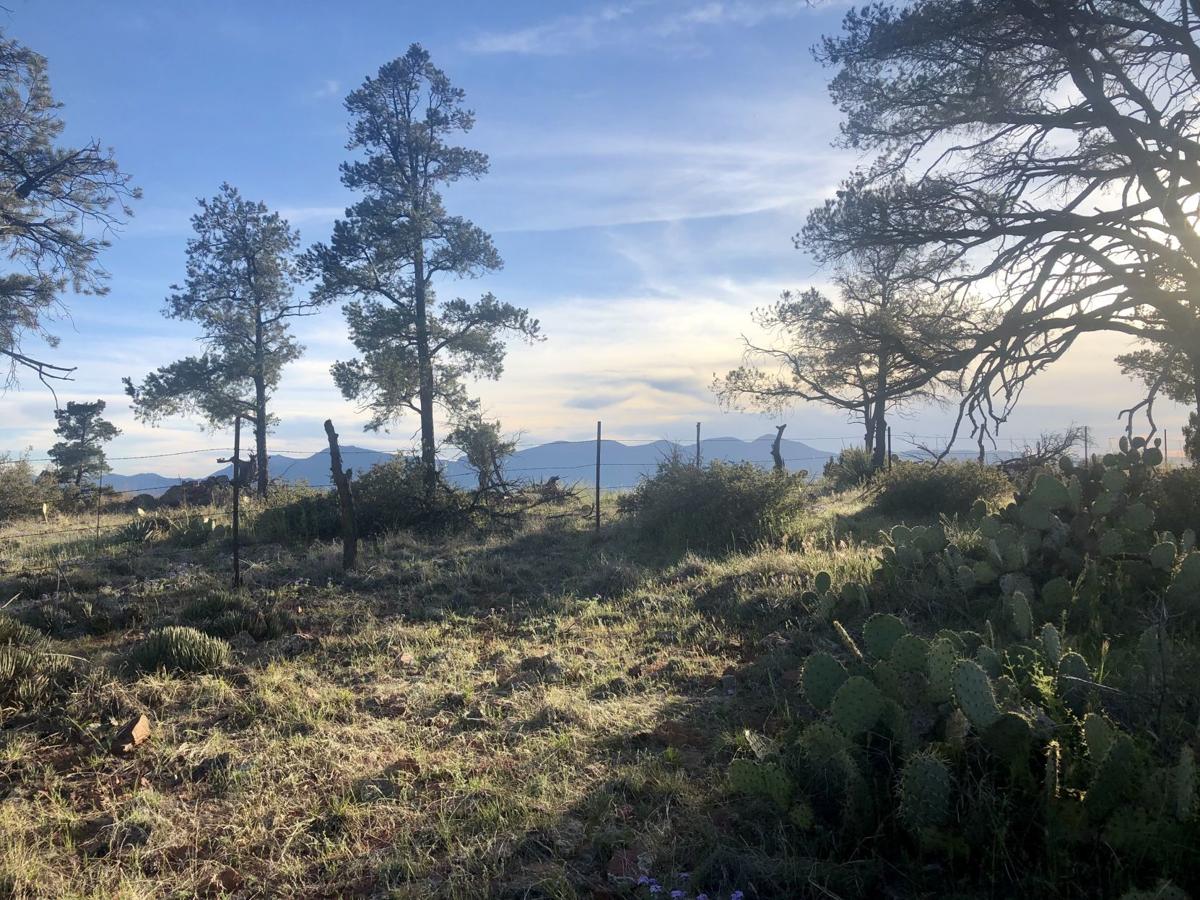 The Mazatzal Mountains from an off-shoot of the Round Valley Trail. 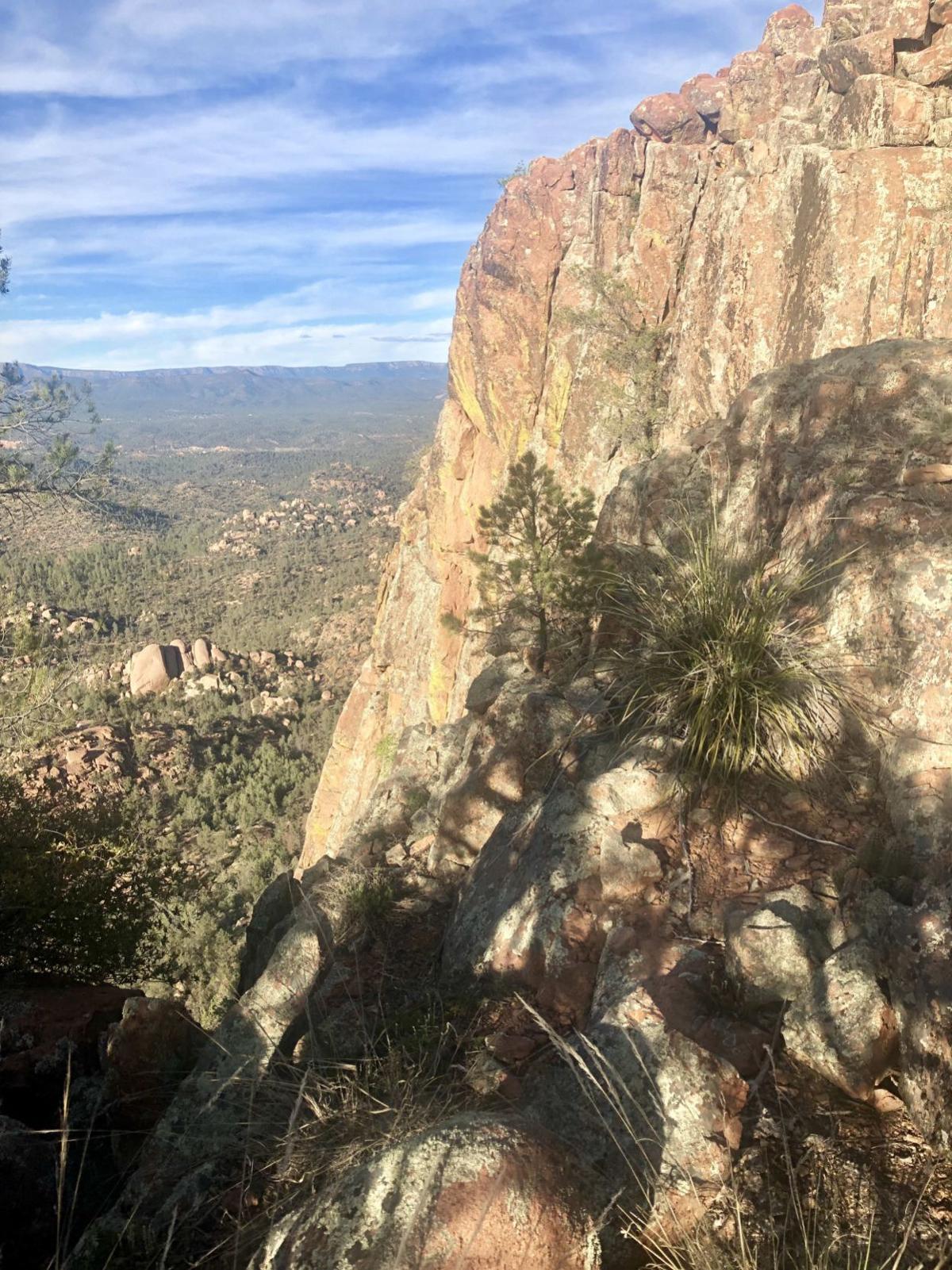 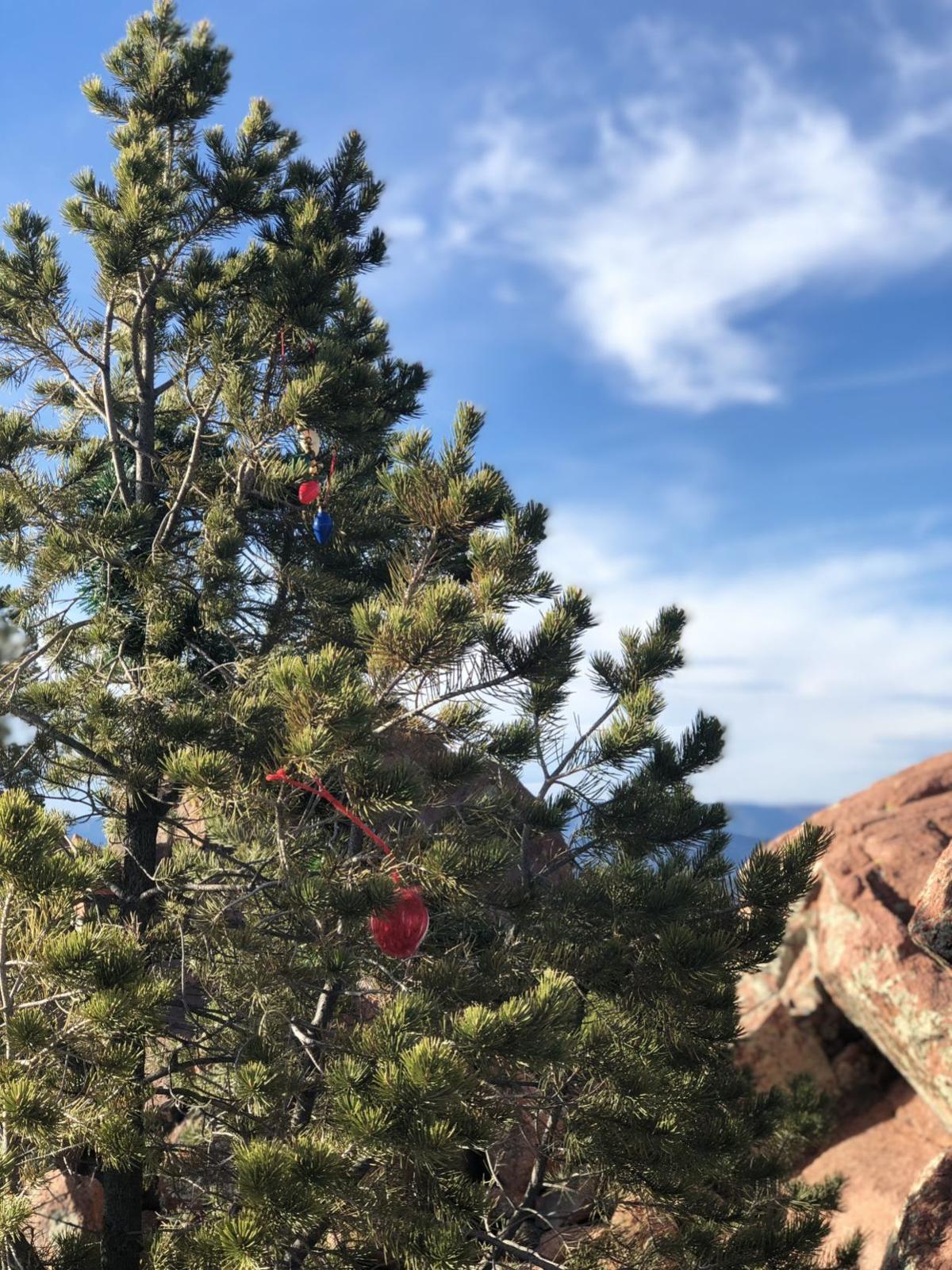 You’ll find a pine decorated with a few Christmas decorations on top of the Granite Dells. 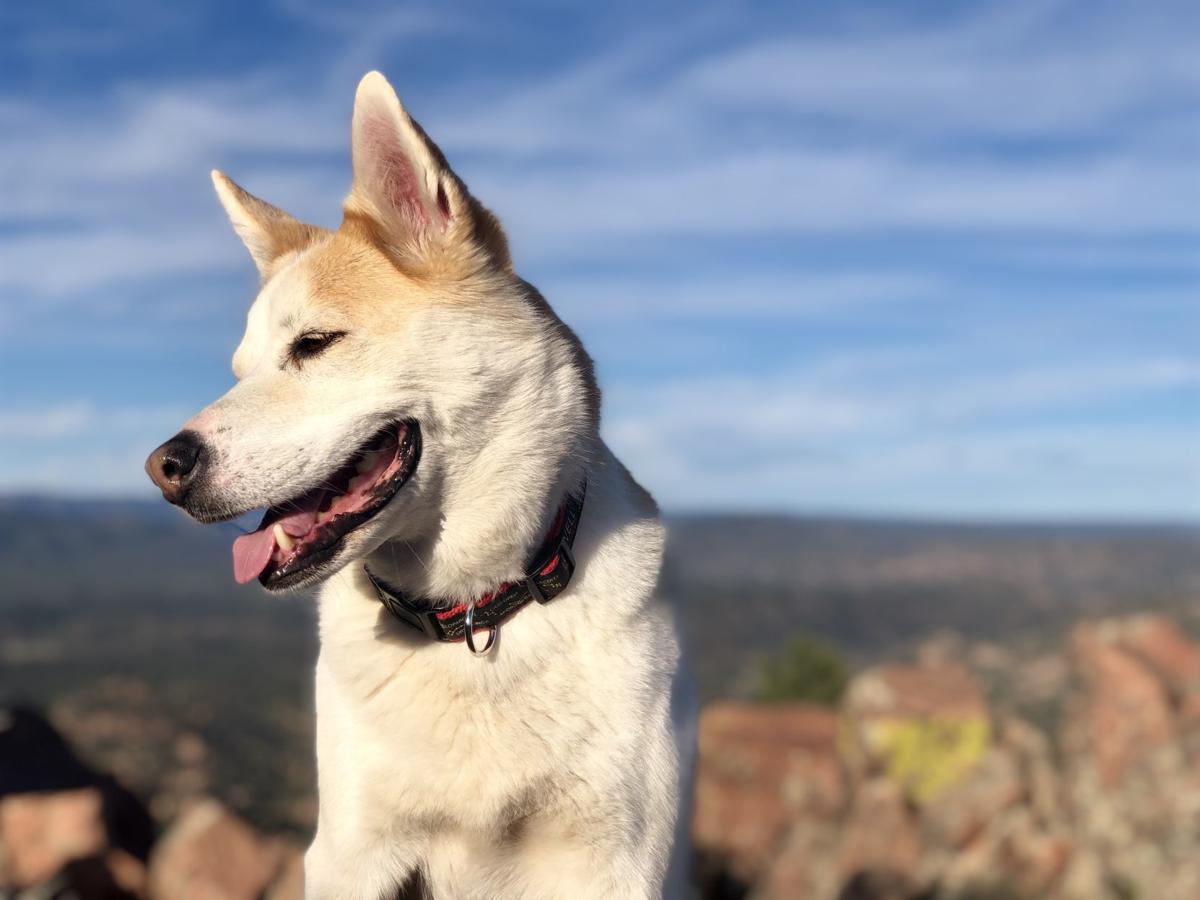 This is a dog-approved trail. 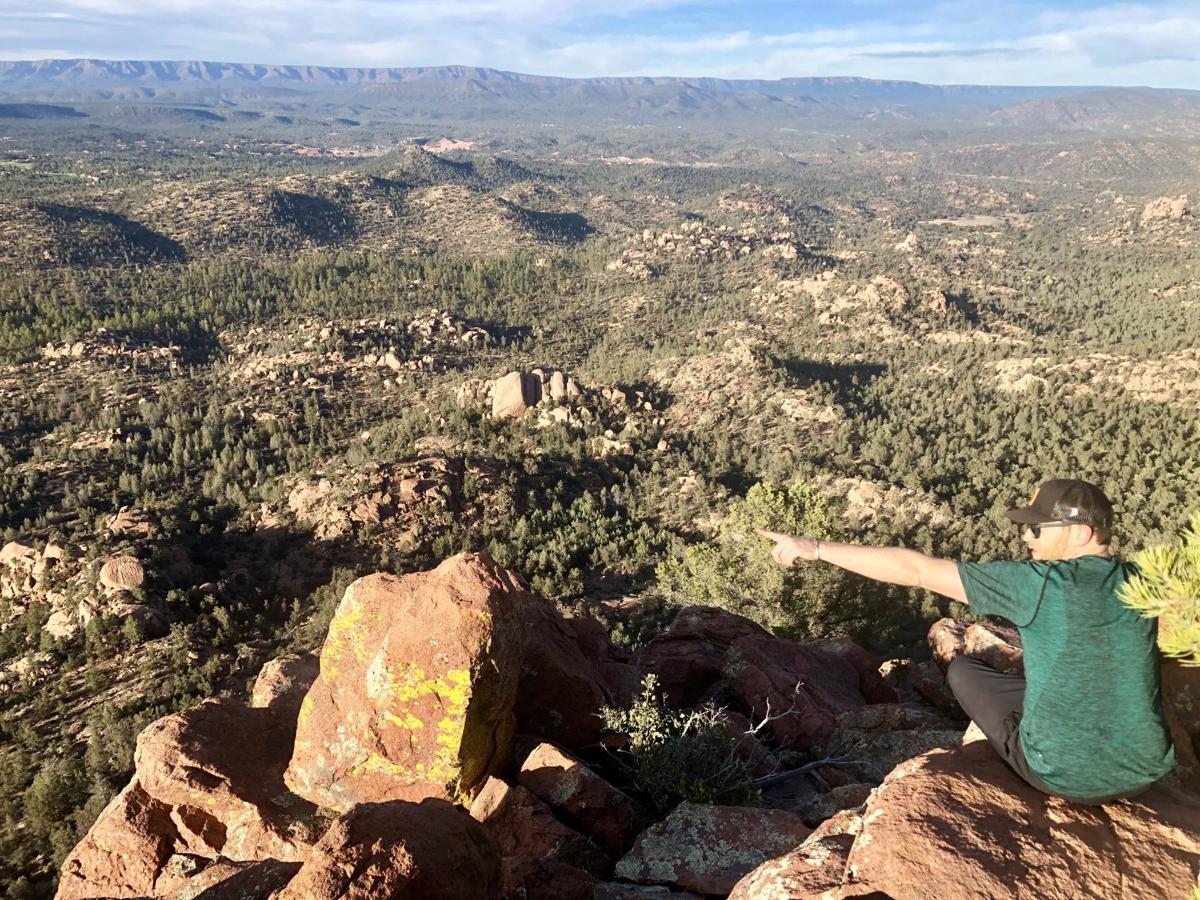 A view of the Mogollon Rim from the Granite Dells.

The Mazatzal Mountains from an off-shoot of the Round Valley Trail.

You’ll find a pine decorated with a few Christmas decorations on top of the Granite Dells.

This is a dog-approved trail.

Getting out during the winter to hike can be a challenge. First, there is the issue of driving conditions, with the possibility of slippery, muddy roads and closures, especially on the Mogollon Rim.

Then there is the motivation. It is so much easier and warmer to stay home on the couch with a cozy throw and a movie on.

As a Tucson native, I like the warmer option. My fiance, a Chicago native, loves to get out in the winter. He says winters here aren’t anything like the Midwest, where snow piles up into black, sooty piles and the sky is endlessly gray.

When he suggested we go for a hike recently, I pulled the throw up over my head and pretended to be asleep.

But he promised I would love it. So we went.

He had talked up hiking to the Granite Dells for months after he spent a night camping with our dog Kiwi.

He talked of the panoramic views of the Mogollon Rim. How he had built a fire among some rocks and then gone to sleep under a blanket of stars.

I was unwilling to camp, being that it is too cold, so convinced him a quick day hike would suffice.

Plus, he had left his inflatable solar light up there and wanted to get it back.

Now, the Payson Area Trails System (PATS) was constructed years ago to provide residents and visitors access to the forest immediately surrounding town.

While originally a great idea, the trails have not been maintained since their construction.

As such, most are deteriorating.

Over the years, offshoots have sprouted up and social trails have become more popular than some original trails.

That is the case with the PATS Round Valley Trail.

The Round Valley Trail has two access points: south of the Sonic on the Tonto Apache Reservation and off Phoenix Street, in the Forest Edge Subdivision, on South Gibson Court.

After parking at the trailhead off Gibson Court, we headed south on the marked gravel trail. Water has eroded the trail significantly, creating deep ruts. It is easy to slip on the loose granite.

These thoughts distracted me as we hiked up the trail, which had quickly gained elevation as it climbed toward a saddle.

Upon reaching the saddle it was time to leave the main trail and head east on a social trail.

While there are no signs, just look for a trail wandering east along the ridge.

The trail continues to climb gently along the top of the Granite Dells.

The views are spectacular on this hike. To the north are far-ranging views of the Mogollon Rim with Star Valley and The Rim Club lying in between and a massive pink granite boulder field.

To the south are views of the Mazatzal Mountains.

We continued to hike along one ridge, across a saddle and up another ridge.

We made it to an outcropping of rocks, about 1.3 miles from the trailhead.

We sat and pulled out our snacks, taking in the views of the Rim. I sat and marveled that in no time at all, it felt like we were miles away from anyone else.

We spotted a pine tree decorated with Christmas ornaments and wondered if someone had celebrated the holiday up here.

Since we had headed out on the trail shortly after work, on the hike back to the car, we were greeted with a stunning sunset to the west.

We passed junipers and other shrubs. In springtime, purple, white and pink wildflowers sprout from the loose, rocky soil.

We enjoyed the downhill ramble, talking about our day and what we planned to have for dinner.

In just over an hour, we were back home.

Hikes like this remind me why I live here: An escape to the forest is just minutes away from my doorstep. I just have to crawl out from under my throw.

Getting there: Take Phoenix Street east. Go 1.6 miles to Gibson Court, turn south and continue 0.1 mile to the Round Valley trailhead on the left. There’s parking along the road and in a cul-de-sac a few yards up the street. Do not block private drives.