Sign Up
Log In
Purchase a Subscription
You are the owner of this article.
Edit Article Add New Article
Home
Outdoors
Hiking & Trails
Hunting & Fishing
Lakes & Streams
Places to Go
Things to Do
Wildlife
Features 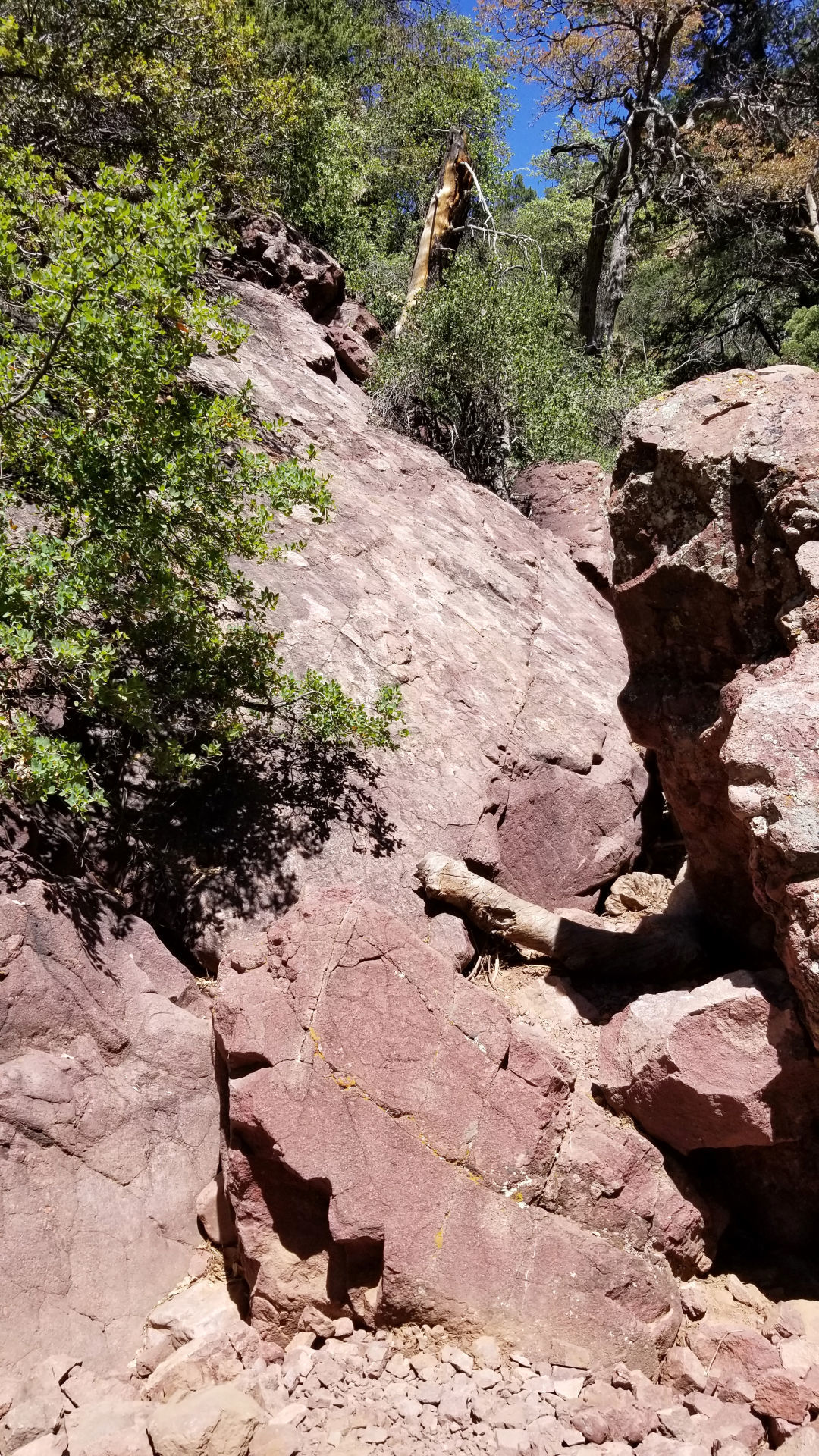 The boulder on which I broke my ankle/leg. 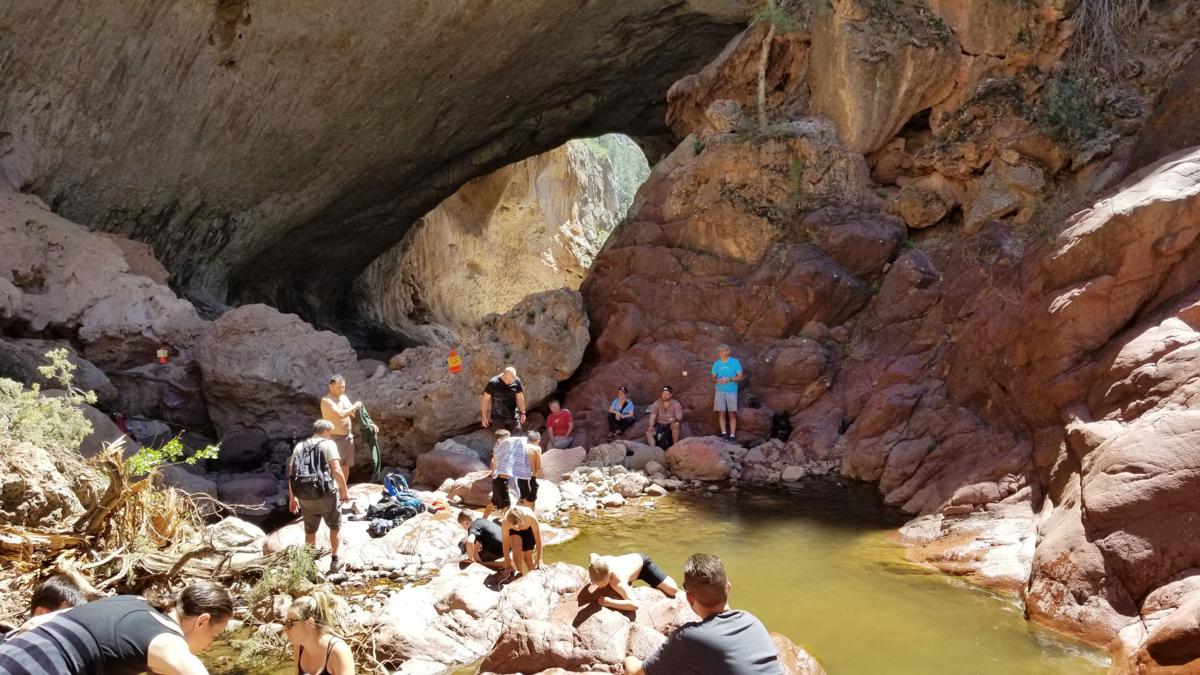 The end of the Pine Creek Trail is a popular place on weekends. 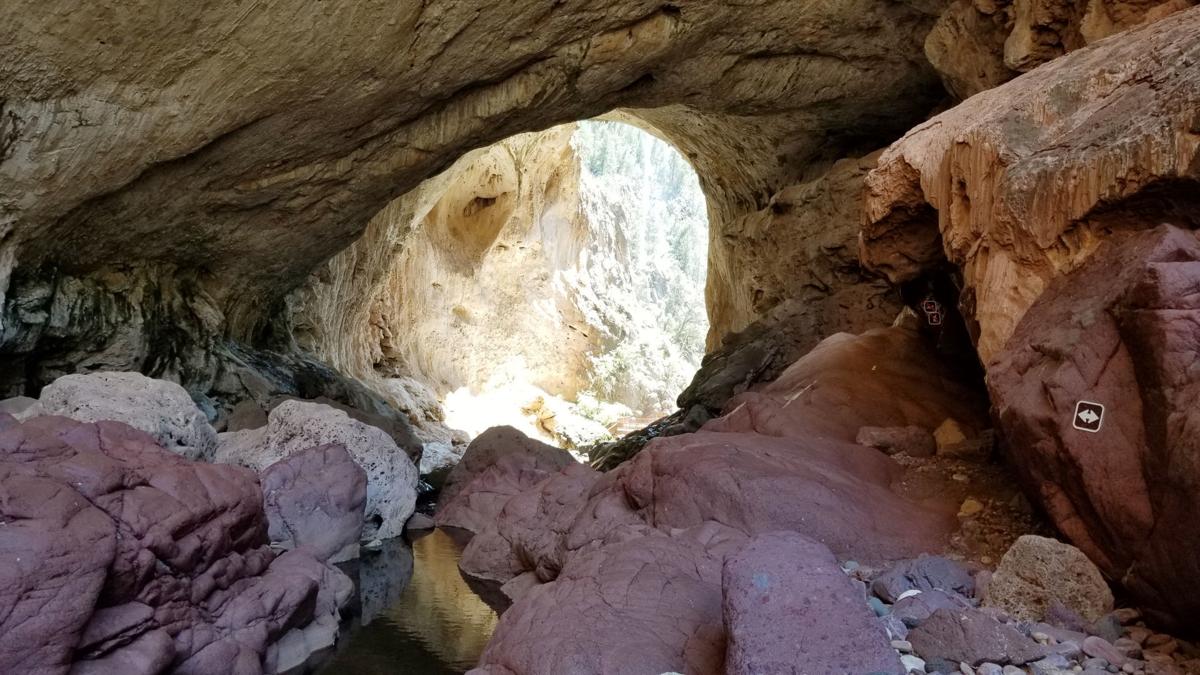 The view underneath Tonto Natural Bridge at the end of Pine Creek Trail. 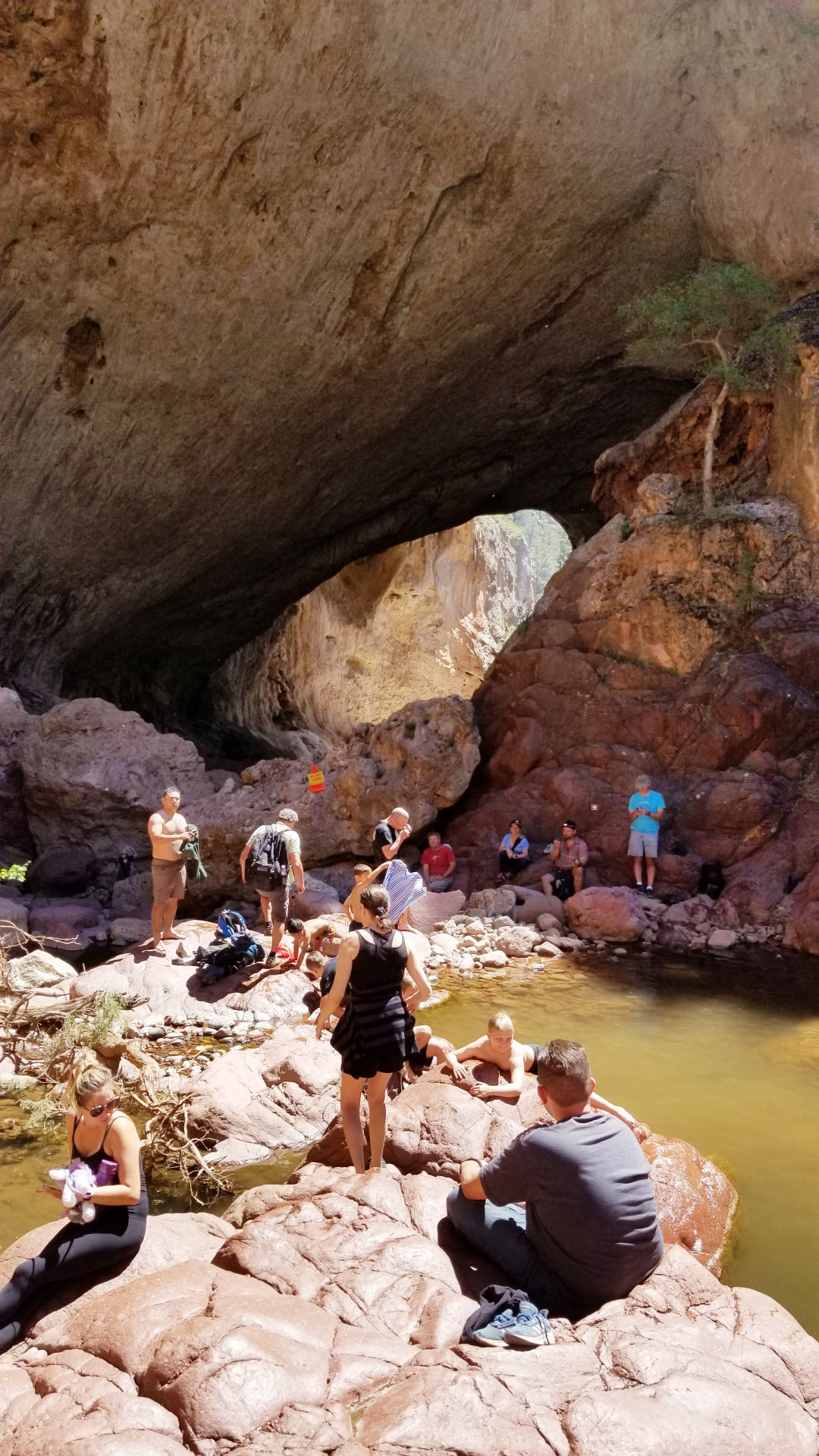 The end of Pine Creek Trail is a popular spot on weekends. 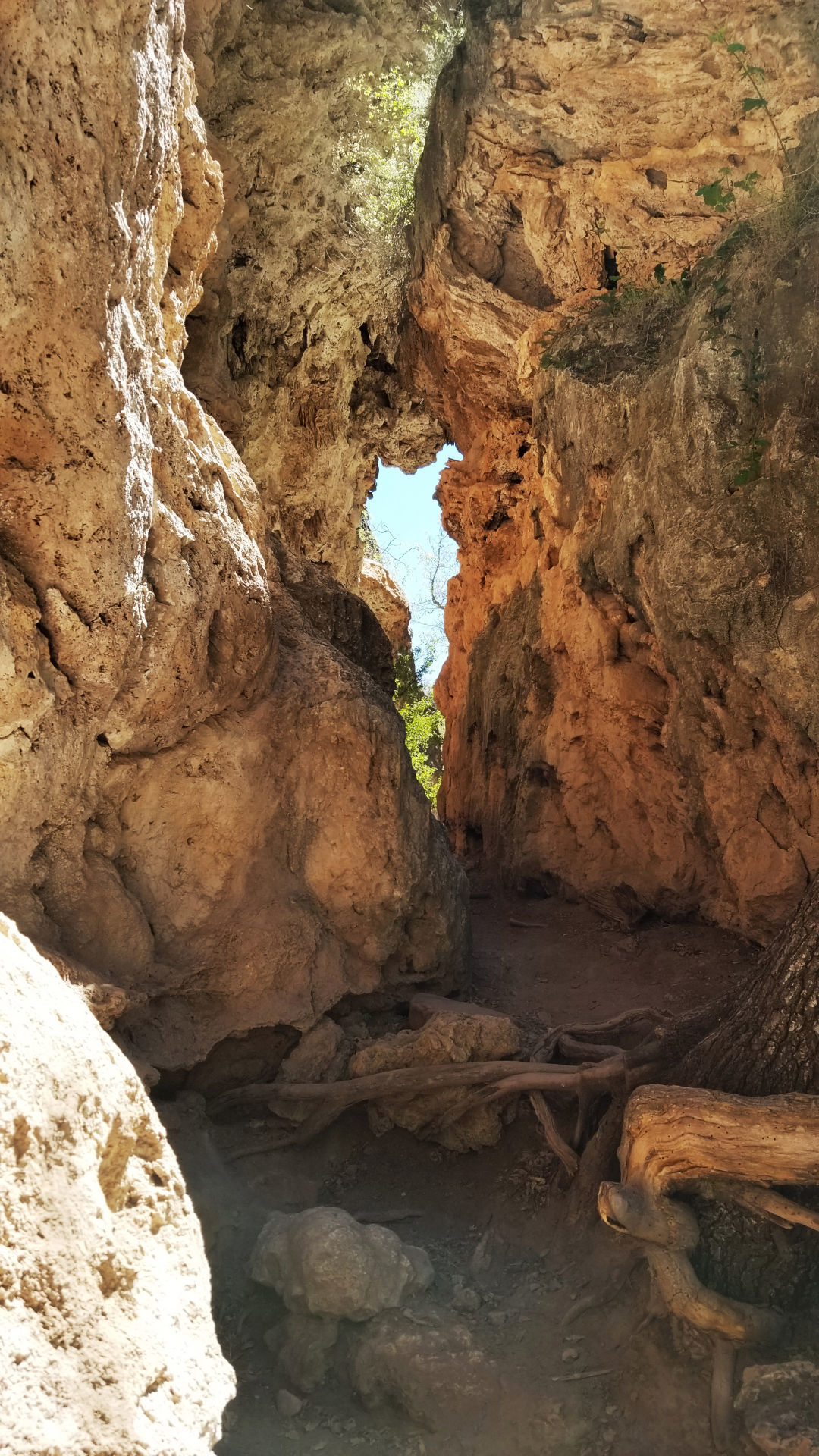 A narrow passageway on the Pine Creek Trail. 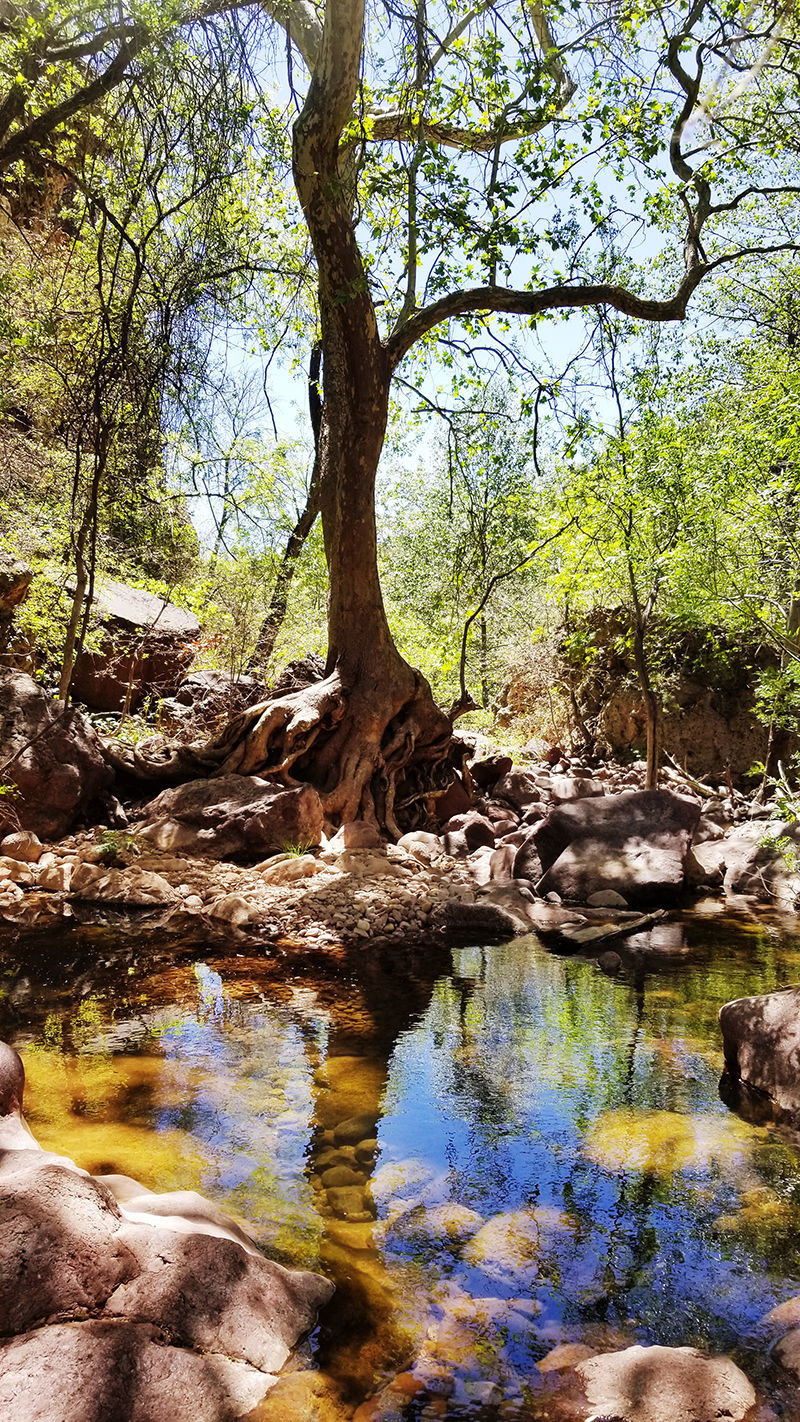 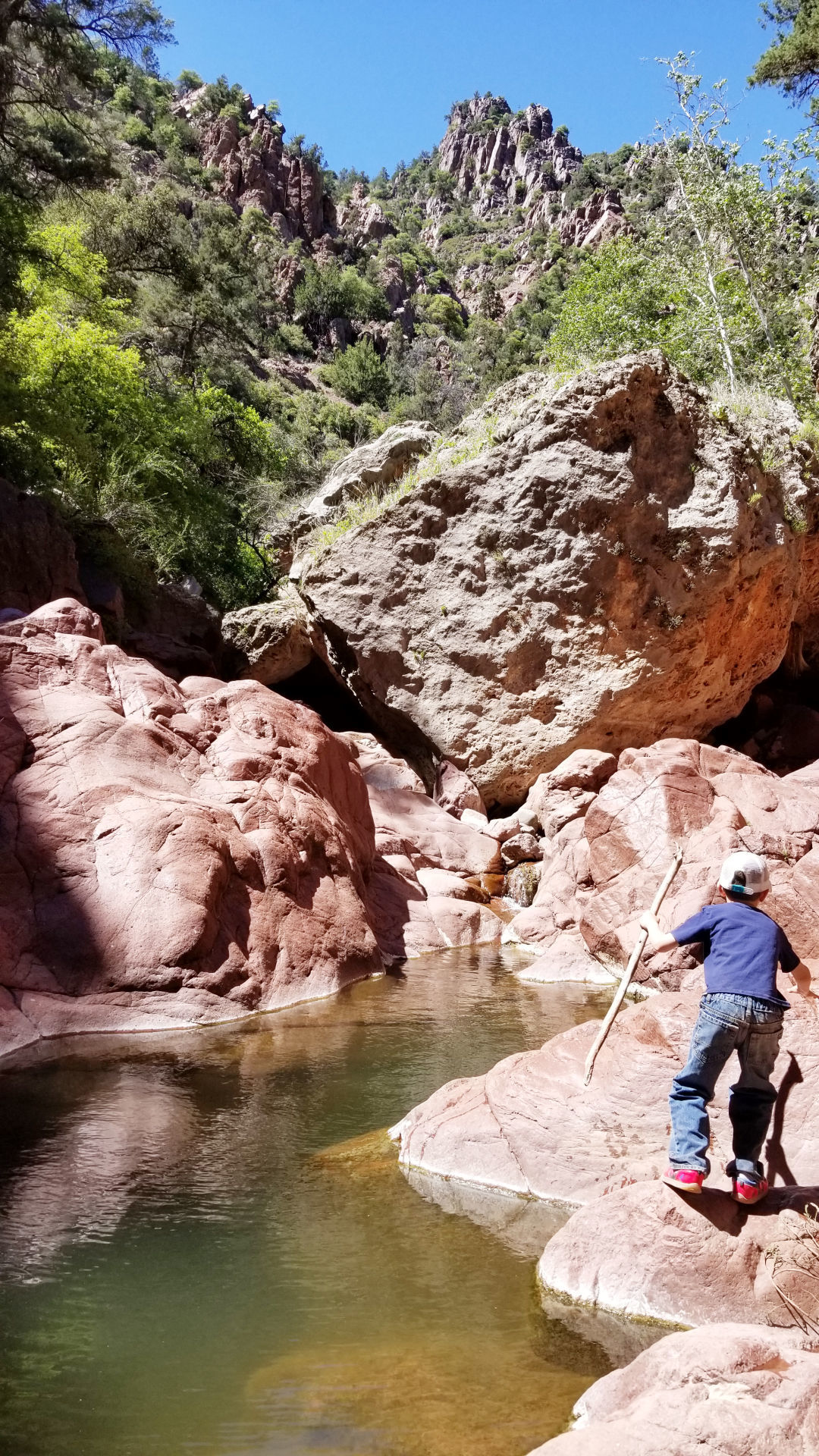 A boy hikes over rocks on the Pine Creek Trail. 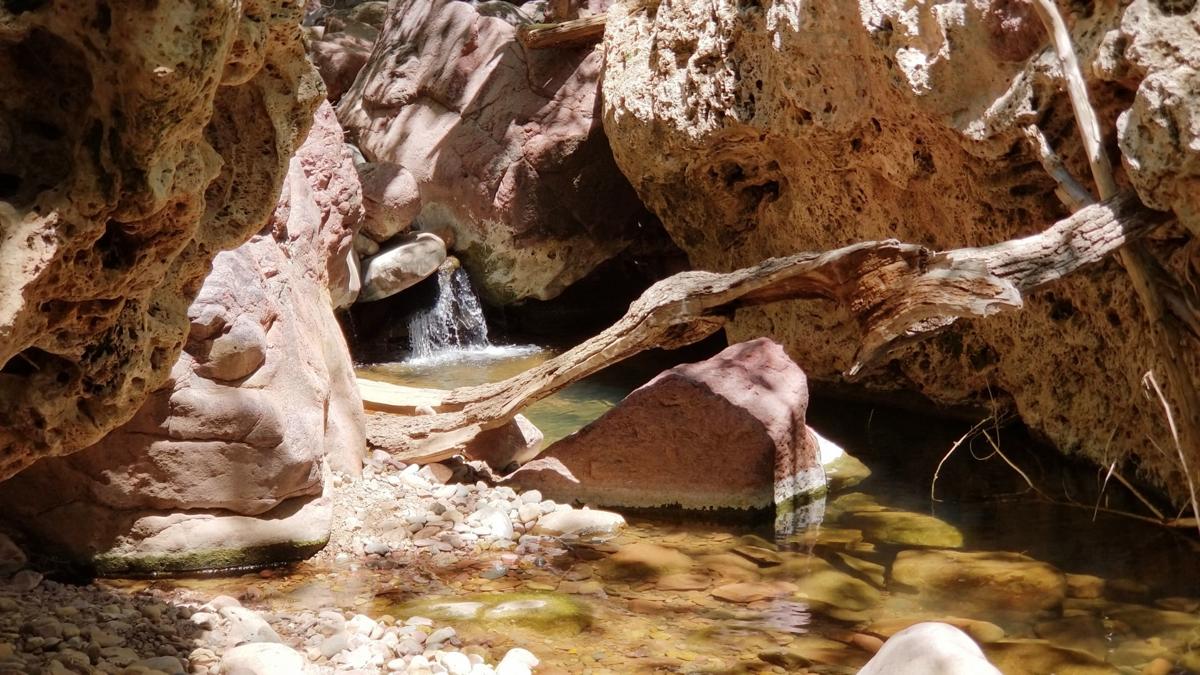 The boulder on which I broke my ankle/leg.

The end of the Pine Creek Trail is a popular place on weekends.

The view underneath Tonto Natural Bridge at the end of Pine Creek Trail.

The end of Pine Creek Trail is a popular spot on weekends.

A narrow passageway on the Pine Creek Trail.

A boy hikes over rocks on the Pine Creek Trail.

For most, the Pine Creek Trail is a short, beautiful and albeit not very difficult hike at the Tonto Natural Bridge State Park.

For me, the trail has been a test.

In December of 2016 I hiked the half-mile trail to the northern side of the cave below the bridge, the world’s largest natural travertine bridge.

I heard the crack as the pain hit me like a runaway locomotive. “My right foot isn’t supposed to be facing in that direction,” I thought when I looked down to survey the damage.

Unfamiliar with the trail, I had climbed over rocks and found myself standing at the top of a large boulder that sloped down at a 45-degree angle.

“How do I get down this?” I wondered.

The hard way, it turns out.

I began to lose my footing and found myself sliding down.

I tried to sit down before I crashed. I did, but I’m not sure I was any better off. It felt more like a pop than a crack as my fibula splintered.

In shock, I tried to pop it back into place like a football player whose shoulder comes out of the socket. I needed to fix this now.

Now, at the base of the boulder, I carefully put my left foot on the ground and rolled up my right pant leg to see my ankle was the size of a grapefruit.

So, there I was at the bottom of a canyon. It was such a nice day that I hadn’t worn a jacket. But I knew it would be dark in a few hours and the temperature would drop to near freezing.

I had no cell phone service.

I thought of what fate might have in store for me. Surely, no one would come across me since it was already late afternoon. I’d only noticed a couple of cars in the parking lot. Nobody was coming.

The other thought that came to mind seemed nearly as bad — a helicopter rescue that would saddle me with the kind of financial bills I’d heard horror stories about.

I had no choice — hobble my way out of the canyon on one leg.

Back up the trail I went. Every now and then I’d step a certain way and hear bones grind and feel an intense pain. But I eventually made it back to my car in the deserted parking lot.

I drove using my left leg on the gas pedal and got to the Urgent Care facility in Payson to learn I’d broken my ankle.

A few days later at the Mayo Clinic in Phoenix, I had a titanium plate and nine screws inserted.

I was in a cast, then a boot for the worst three months of my life. But I’m able to walk as I did before without a limp or pain. I got back to my routine of regular hikes with my dogs.

I planned to return to Pine Creek Trail and figure out how I wound up on top of that boulder. It couldn’t have been the trail. I needed to face my fears.

So, two and a half years after that fateful day, I set out with my friend Pia to complete the short, but moderately difficult trail.

The trail is only about a half-mile long, however it’s no walk in the park with all the boulders.

And it is crowded on weekends in the summer.

It’s easy to understand why it’s such a popular trail. There is water, flora and a view of the bridge. Most people take the steeper, but easier Gowan Trail, which takes you to the southern side of the opening beneath the natural bridge. However, that trail is currently closed.

The trail isn’t well marked, which is why I wound up in the wrong place on my first attempt to reach the cave beneath the bridge. Instead of going left, as I found out, I should have gone right. There is a narrow opening between the boulder I slid down and another that I hadn’t noticed the first time.

This time I found it.

We slowly made our way along. Since breaking my ankle, I’m fearful of injuring it again.

I recommend hiking with a friend and bringing a daypack with plenty of water, snacks and a jacket. And avoid climbing up any large boulders. If there’s any doubt about which way to go, take your time and see if there might be an easier way.

I can’t say completing this hike compared with climbing Mount Everest, but I proved to myself I can hike again and do so with my ankle facing the right way.