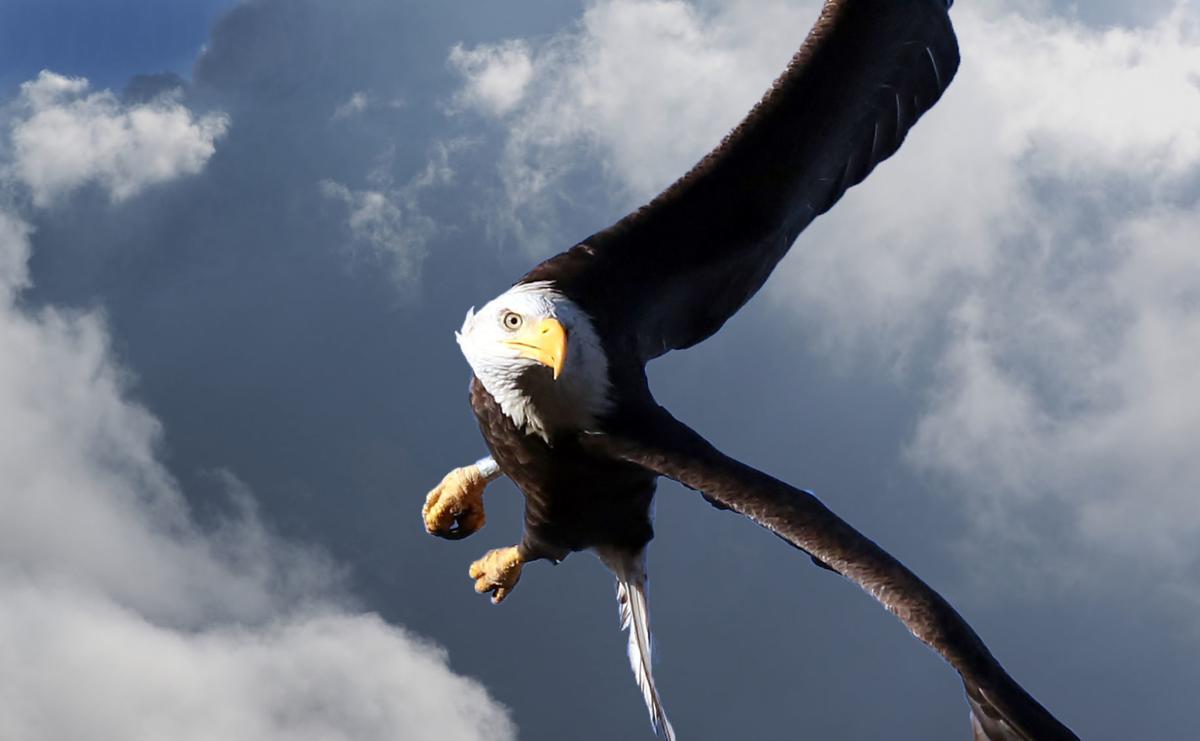 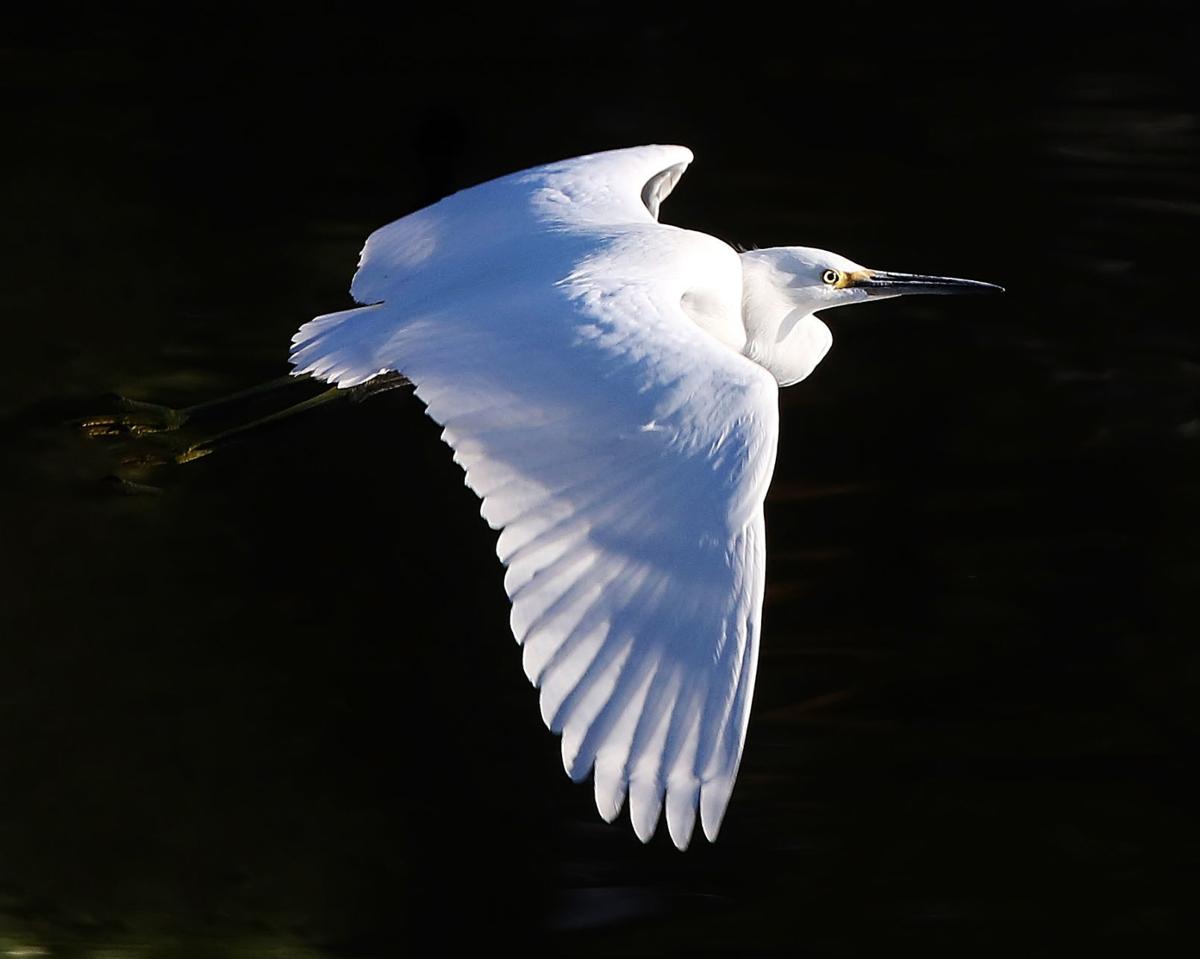 Photographer DJ Craig captured the image above of “Ernie the Eagle” and the photo below of a great blue heron. Ernie is one of Payson’s resident bald eagles and proof of the kind of comeback that can be made when we go to the root of things and enact protections for our fellow creatures. 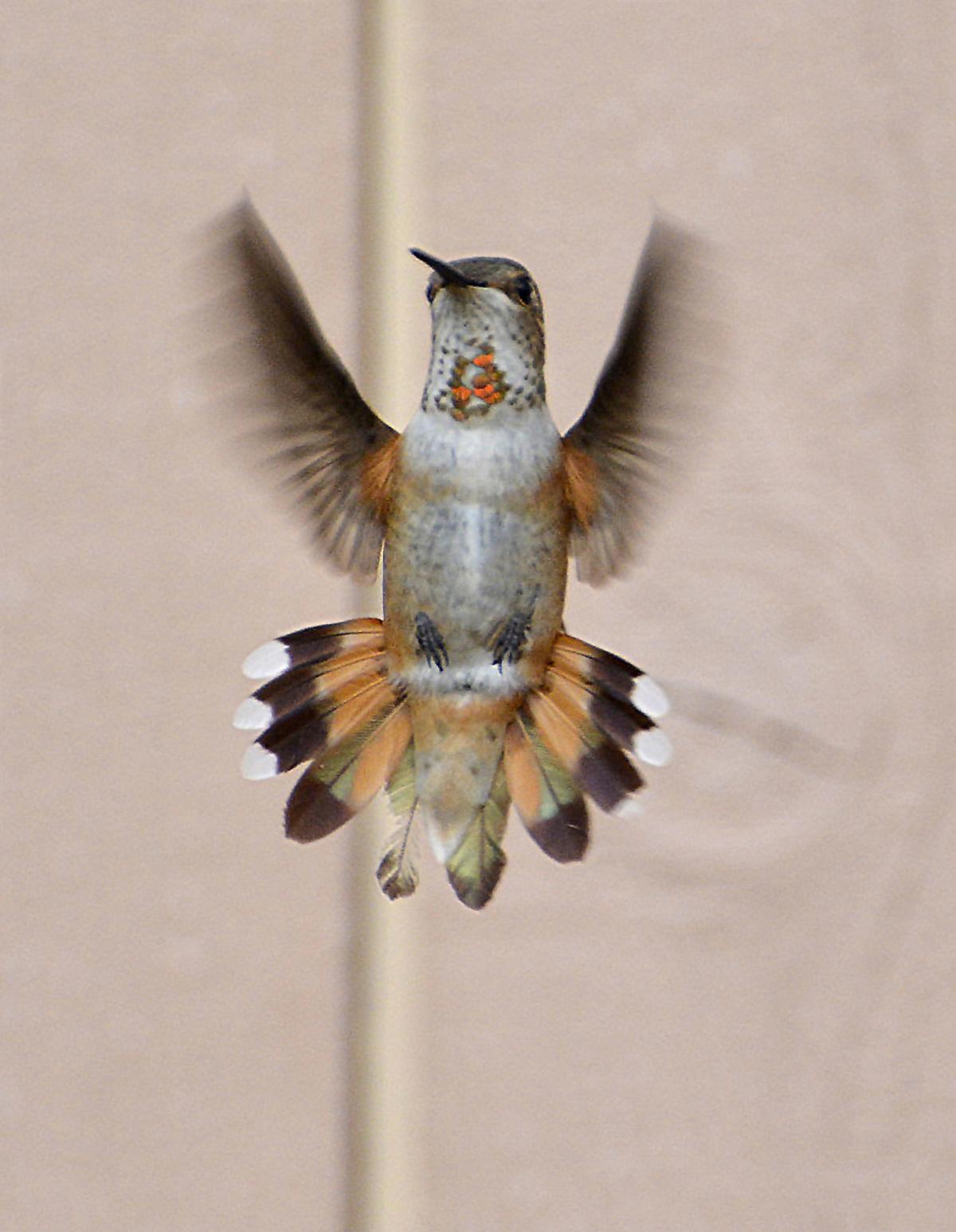 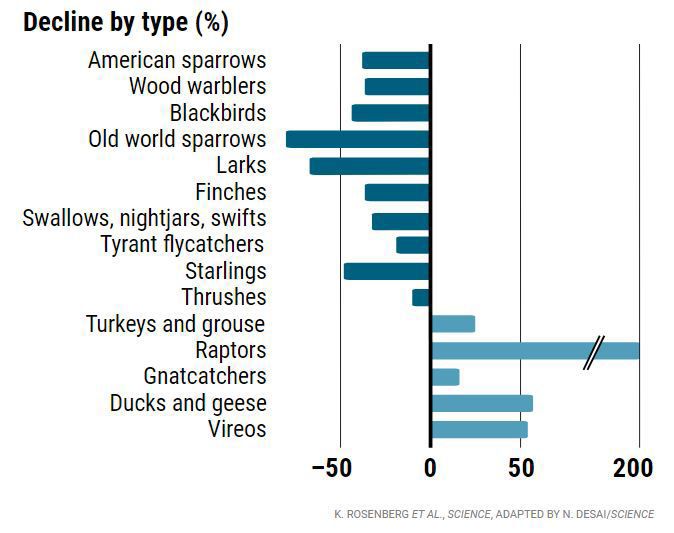 Photographer DJ Craig captured the image above of “Ernie the Eagle” and the photo below of a great blue heron. Ernie is one of Payson’s resident bald eagles and proof of the kind of comeback that can be made when we go to the root of things and enact protections for our fellow creatures.

I’ve got the feeders full.

The hummingbirds are dive-bombing one another in a crazed effort to defend three feeders.

The white-crowned sparrows and the mountain chickadees and the gold finches are contending for perches on the bird feeder.

The ring-necked doves and the grosbeaks are scavenging on the ground for the seeds scattered by the sparrows overhead.

The black hawk’s calling down the canyon.

The swifts and swallows are chasing insects about overhead.

The canyon wren’s lamenting the loss of summer among the boulders.

And my heart’s breaking.

Every year, I eagerly await the onset of the fall migration. The birds who flitted through Rim Country in the spring on their way to Canada and Alaska and their secret places throughout North America make their way up along the green ribbon of the East Verde River, past my front porch. In the fall, they return to the tropics — covering thousands of miles in their epic journey. The Verde River boasts the highest density of nesting birds in North America — and hundreds of different species make their way through the cottonwoods and willows on the riverbank.

But not as many as last year or the year before.

In fact, the number of birds in North America has declined by a shocking 30 percent since 1970, according to a study published in the peer-reviewed journal Science.

The great dwindling affects hundreds of species, but remains mysterious. It probably involves the loss of habitat — especially grasslands and riparian areas. It surely also involves the impact of things like pesticides and herbicides. It likely stems from a parallel, documented crash in insect populations.

Only a couple types of birds have been spared — mostly because of human conservation efforts. The efforts of sportsmen and the effects of the federal Clean Water Act have resulted in a reversal of the long loss of wetlands — which has boosted the number of migratory waterfowl, like ducks and geese.

Federal laws protecting hawks and other raptors coupled with the ban on eggshell-thinning DDT have resulted in a recovery of eagles, falcons and others.

Clearly, we can make a big difference when we go to the root of things and enact protections for our fellow creatures.

Otherwise, the news is all bad. Even common birds seemingly well-adapted to human sprawl have suffered shocking declines in their ranks, including starlings, sparrows, finches, warblers, blackbirds and others.

The number of birds in North America in the past 50 years has declined from an estimated 10 billion to perhaps 7 billion. This mostly qualifies as the onset of a mass extinction event.

The researchers from Georgetown University did a comprehensive analysis of years of bird surveys, including the North American Breeding Bird Survey done every spring and winter by hundreds of volunteer groups across the country — including Payson. The surveys focused on 529 bird species, some three-quarters of the species in North America accounting for about 90 percent of the bird population.

They also used radar records from some 143 stations nationally showing blobs of migrating birds and a variety of other surveys and measurements to come up with year by year estimates of overall bird populations throughout North America.

The birds of the grasslands have fared the worst, with a nearly 60 percent decline — a loss of 700 million birds of 31 species.

Virtually every species of bird I wait for each spring and fall have suffered catastrophic declines. Sparrows, larks and starlings have declined by perhaps 50 percent. Warblers, blackbirds, finches, swallows and swifts have all swooned by perhaps 40 percent, according to the estimates.

But as though to prove the impact humans can have if they care, raptors have increased by perhaps 200 percent, ducks and geese by 50 percent and turkeys and grouse by about 25 percent. Oddly, fruit- and bug-eating vireos have increased by about 50 percent and gnatcatchers by about 15 percent. They’re not much different from warblers — all in steep decline, but they have resisted the trend for reasons the study didn’t investigate.

The study merely hinted at potential causes for the massive, wide-scale declines, including pesticides that cause birds to lose weight prior to the migration, habitat loss, climate change, food webs — and even the proliferation of cats, both household and strays who have returned to the wild.

I can’t stop thinking about the 3 billion missing birds, as I watch the hummingbirds battle for control of the feeders. I get Anna’s, Costa’s, black chinned, broad-tailed and Rufous hummingbirds. The golden Rufous hummers remain the bullies of the feeders — aggressively driving off the competition. I keep putting out more feeders, trying to overwhelm the territoriality of the Rufous and offer sustenance to the others — but the frenetic Rufous seems as dedicated to monopoly as Google.

When I set out feeders on my porch 10 years ago, we’d get swarms of hummingbirds — 20 or more at a time. Now, I’ll get three to five at the most — although I admit I’m not as diligent about filling feeders as when I started.

I recently wrote about how mountain chickadees and nuthatches increase branch and needle growth on ponderosa pines by 30 percent by keeping the insect pests of the pines at bay. I wonder how the loss of 3 billion birds has rippled through the world.

So I will put out more feeders and leave more seed and sit longer on my porch, with my binoculars and my bird book. For they fill me with awe when they return to me every year with rumors of the wide world.

And when my grandchildren come to visit, I shall tell them tall tales of the days when 30 hummingbirds would crowd my feeders. And then I will apologize to them that I did so little to save the birds as I stood my watch.

Thanks for the encouraging news. It’s always good to start a day with a story that is up beat and happy.