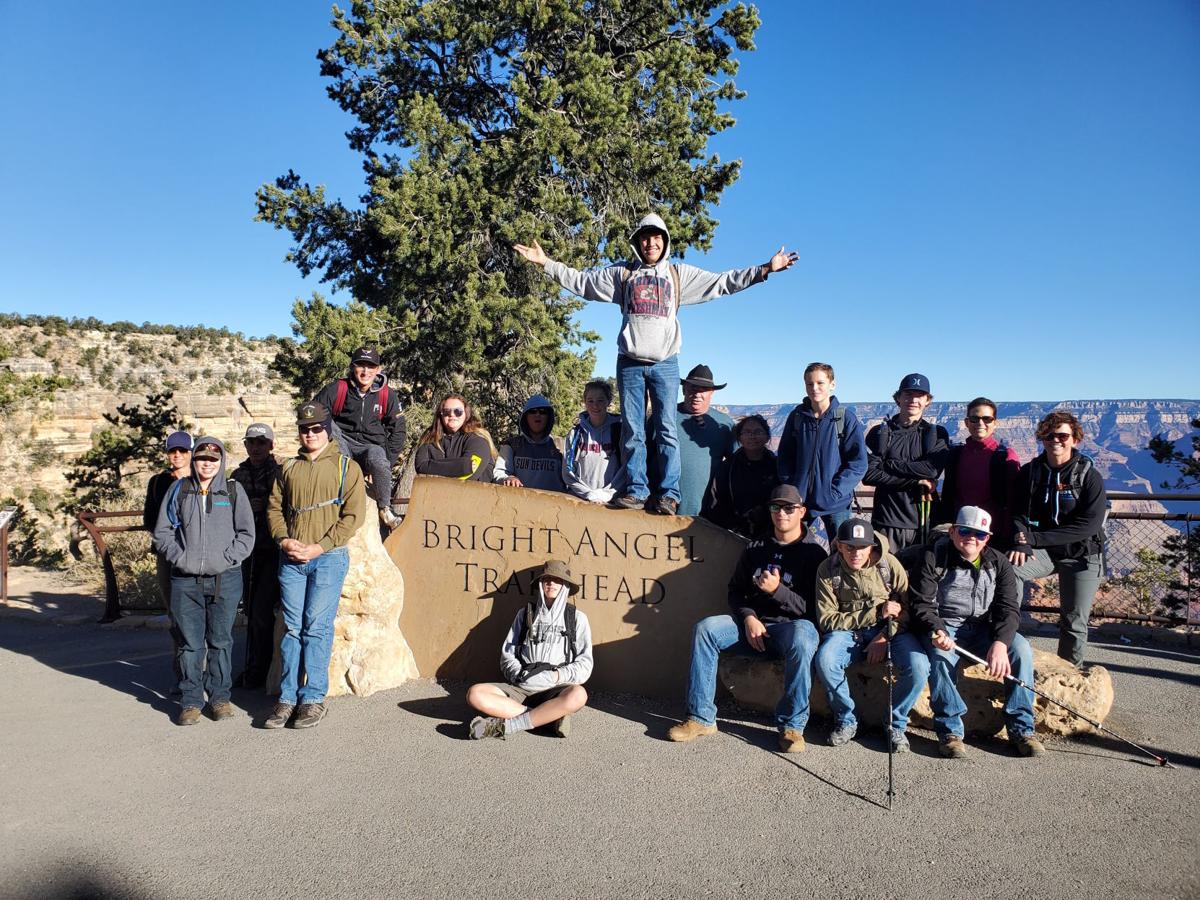 In October, Payson Center for Success students visited the Grand Canyon South Rim. Students hiked to Indian Gardens and some continued on to the Colorado River while others went to Plateau Point. 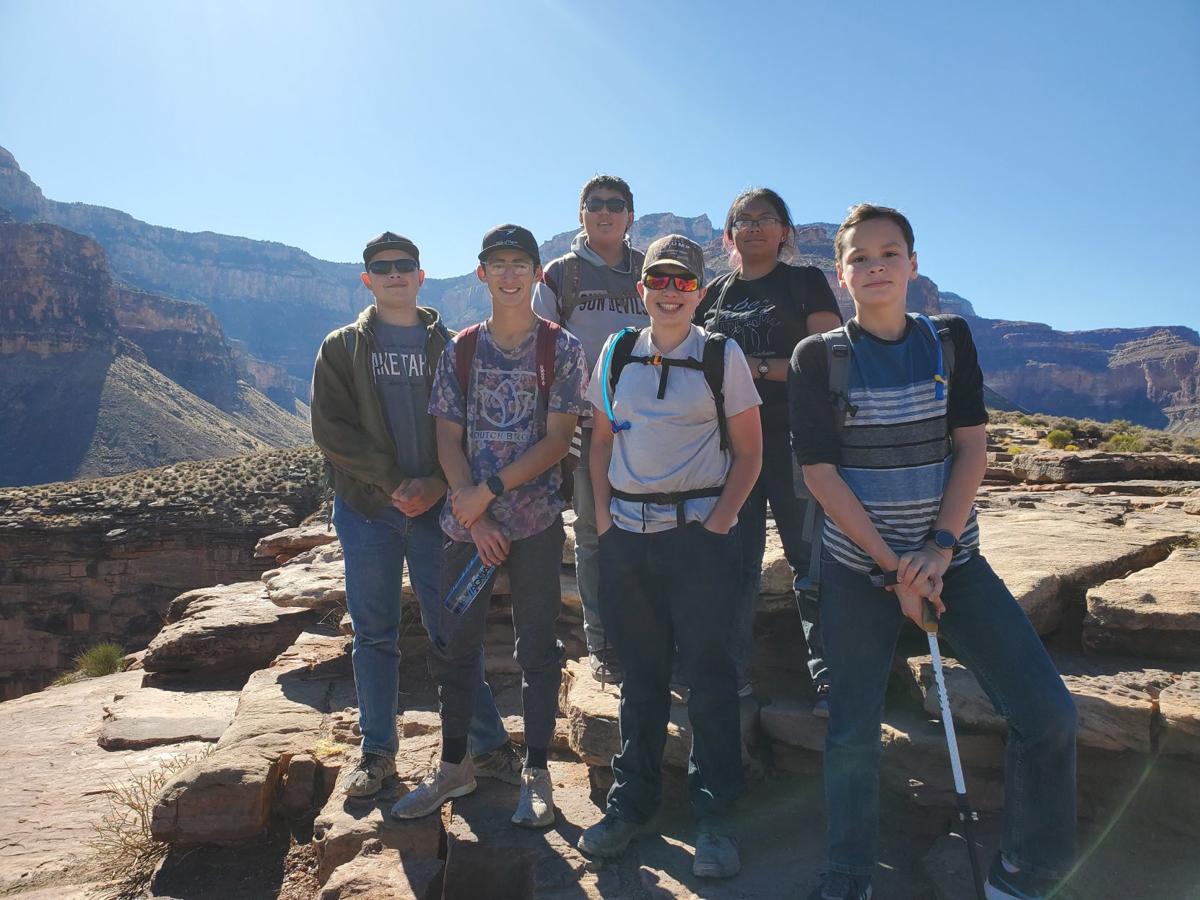 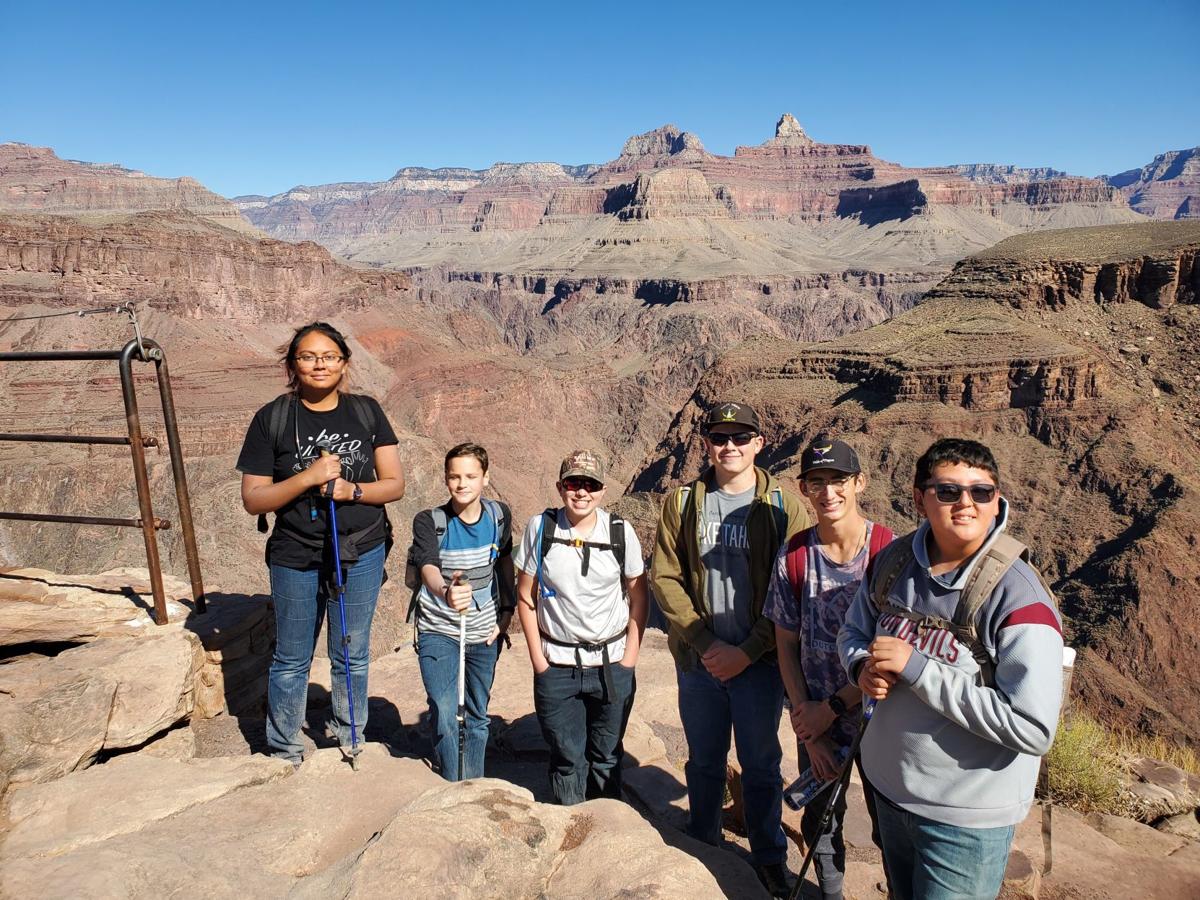 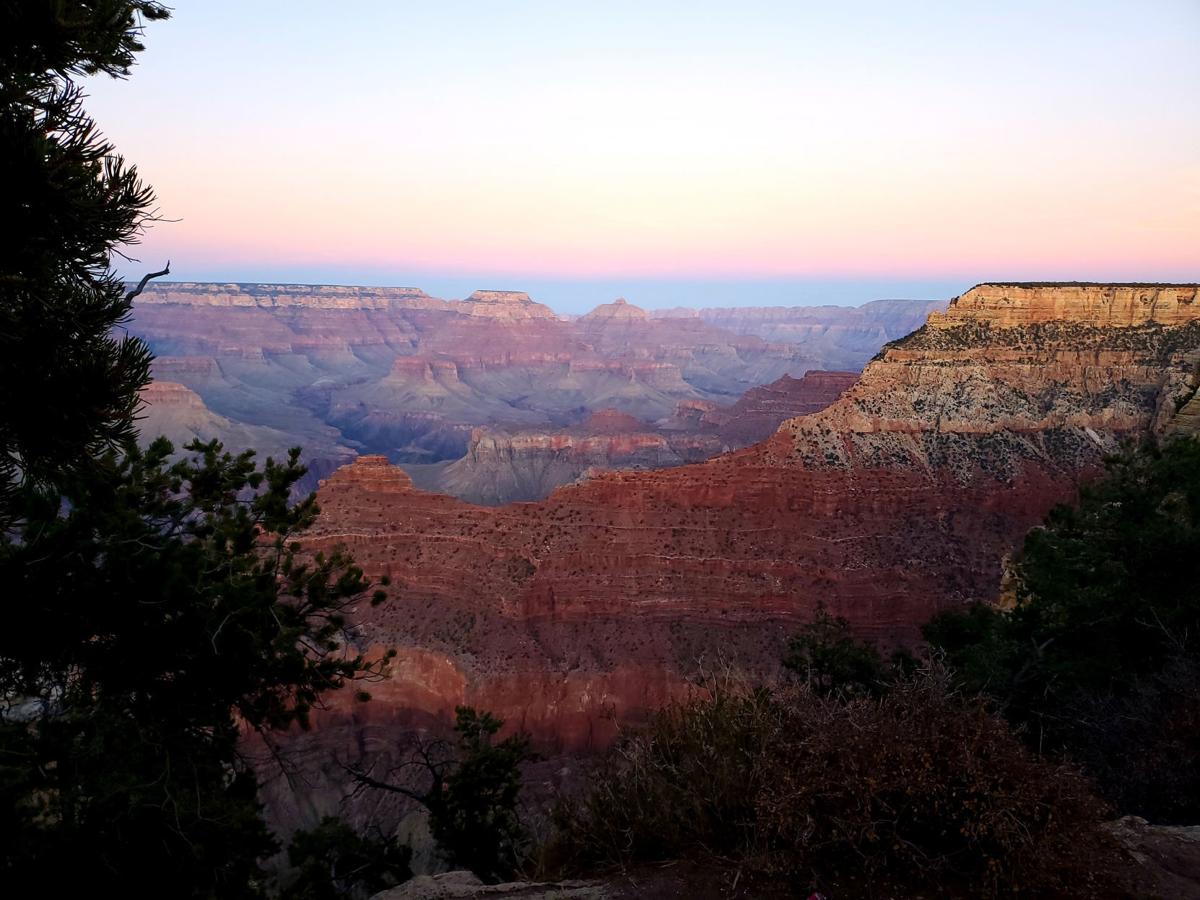 In October, Payson Center for Success students visited the Grand Canyon South Rim. Students hiked to Indian Gardens and some continued on to the Colorado River while others went to Plateau Point.

On Oct. 24, Payson Center for Success students ventured out on a journey. Their destination: the South Rim of the Grand Canyon.

After arriving about five hours later, students gazed from the top, watching the sunset fall into the canyon. The students walked along the trail leading around part of the South Rim. After watching the sunset, the group ate at We Cook Pizza and Pasta in Tusayan. When students got back to the hotel, they had some free time at the arcade/bowling alley. Students and chaperones all headed to their rooms once the bowling alley closed to get a good night’s sleep before the biggest part of the adventure began.

Some students raced down to Indian Gardens; others took their time and enjoyed the view. Once the pack made it to Indian Gardens, Laura Winton took five students to the Colorado River while the rest of the group went to Plateau Point.

The hikers that went down to the Colorado River saw a mule train, big-horned sheep and the swift moving Colorado River. The hike to the river was about 16 miles round trip, while the hike to Plateau Point was about 12 miles round trip. The group who went the longer distance had no chance to walk on flat ground, the ground was inclining or declining. Ethan Puskaric said, “My favorite part of the whole trip was being able to touch the Colorado River and feel how cold and powerful it was.” Another PCS student, Justin Randall, said he loved the colors of the rocks and scenery. His advice? “Make sure to stretch.”

Linda Gibson, principal of PCS, and Kadi Tenney took a group to Plateau Point, which was a mile and a half hike from Indian Gardens and on mainly level ground. The walk out to the point was boiling as there was no shade unlike most other parts of the trail. When the group made it to the point, it was definitely worth it. The detailed view of the river and the crevices along the canyon were amazing. “Looking out into the Grand Canyon from Plateau Point, I saw some of the most breathtaking views I’ve ever seen,” said Trevor Johns.

On the way down, a sign warned, “Down is optional. Up is mandatory.” That really sunk in on the way back up the trail. The people who used all their energy rushing down took longer to get out than those who had taken their time. The goal was to have everyone off the trail by 6 p.m. and students were off the trail and headed to dinner just before that time.

Students had various motivations for getting out of the canyon, whether it was to go get food, to get somewhere warm or just to get out. The hike was a test of willpower and perseverance. Students reported they hope to do it again next year.