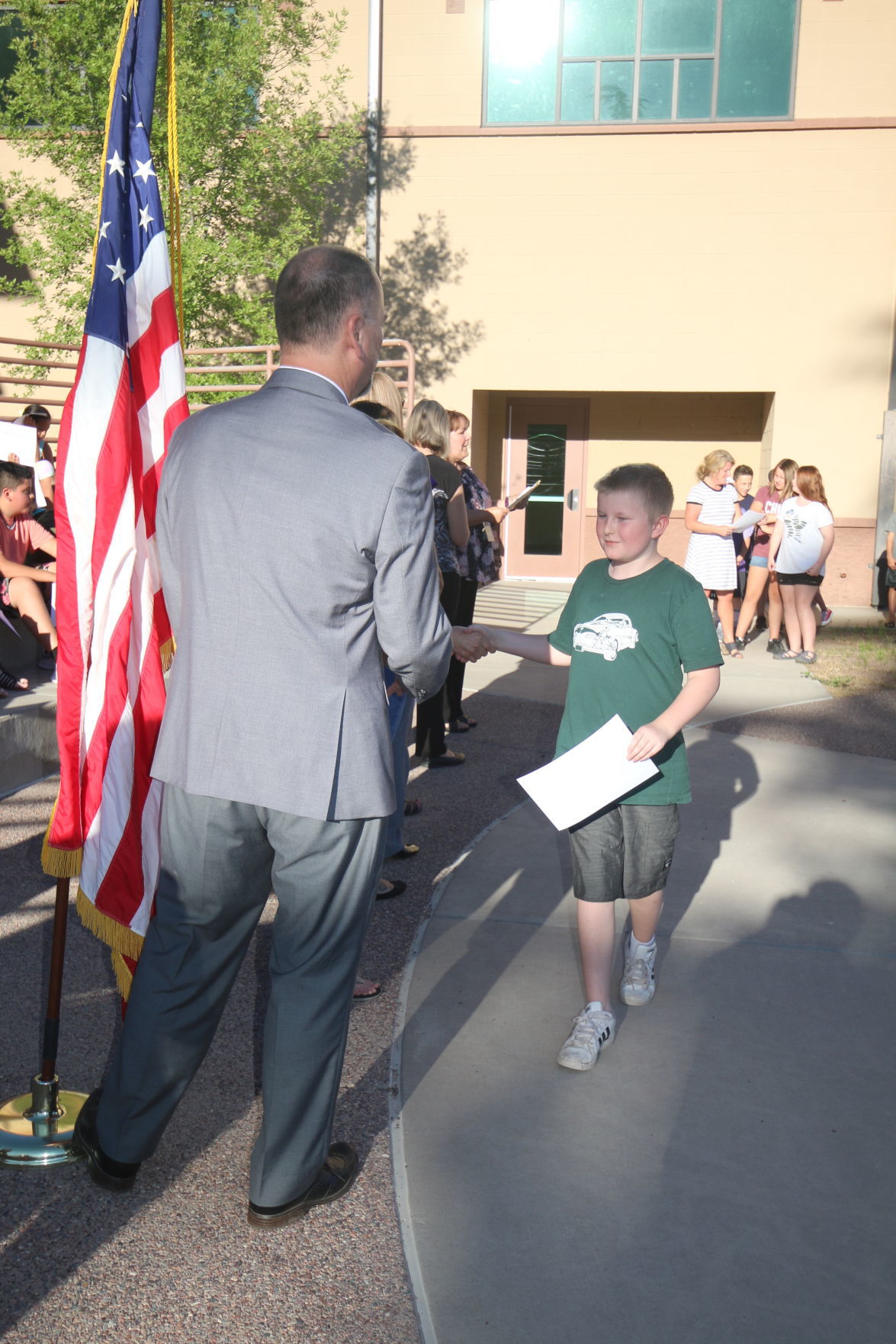 Superintendent Stan Rentz congratulates a student who performed well on the AzMERIT test. 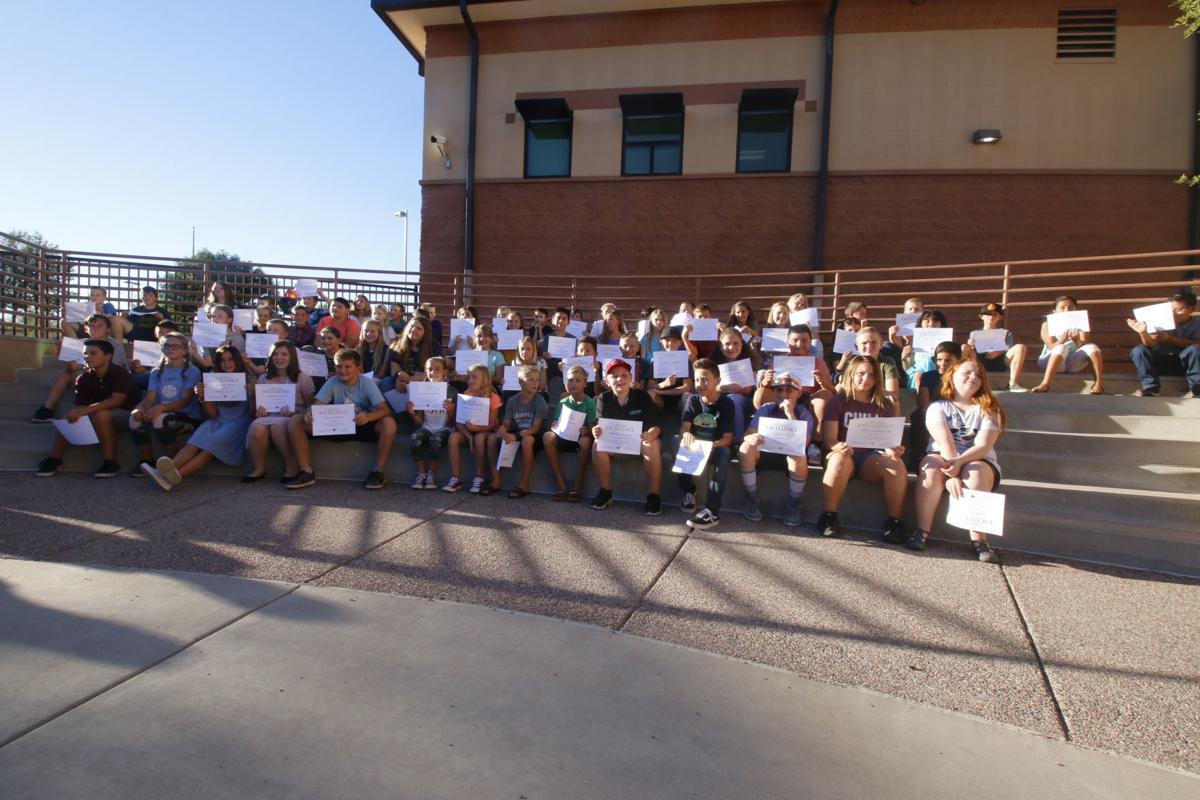 Superintendent Stan Rentz congratulates a student who performed well on the AzMERIT test.

Students in grades 3-5 who ranked as “highly performing” on the demanding test of skills in math and English walked before a throng of happy parents and family members as Director of Student Achievement Brenda Case read their names.

Then they posed for a group picture, at the start of the regular school board meeting.

Parents then crowded around for the obligatory cell phone pictures of their beaming children, who had all preformed above grade level on the statewide test the state relies on to measure school performance.

The district focused on the highly performing students from Julia Randall Elementary School, in grades 3-5.

Afterward, many students went inside to find their names on the engraved plaques the district hangs in the district offices with each year’s fresh batch of “highly performing” students.

One after another, the children’s faces lit up at finding their names etched into metal for their stellar academic performance.

The district generally scores just above the state average in AzMERIT scores, especially in the lower grades. That’s not a small feat, given the strong linkage between family income and student test scores. About half of Payson families qualify for free and reduced school lunches based on family income and most rural school districts have lower scores than students in wealthy urban and suburban districts like Scottsdale.

Payson students in the upper grade levels score close to or somewhat below the state average on the nationally-normed, standardized tests.

The state has emphasized AzMERIT test scores in ranking school performance and has even started giving schools with high scores financial bonuses, which have gone mostly to schools in wealthy districts.

However, lawmakers a year ago said districts could choose tests from a list approved by the state department of education, which at this point includes the AzMERIT, the SAT and the ACT — which are both generally college entrance tests. Payson is so far sticking with AzMERIT, which has a set of connected assessment tests starting in third grade, to alert teachers to students struggling with core skills in English and math. The state’s working on an AzMERIT-based science test as well.

So the future of Payson’s use of the assessment tests remains influx.

But that didn’t dim the pride of the parents and students honored this week for their achievement. Some students ranked as “highly proficient” in both math and English.

They chattered and beamed during the group photo.

And inside in front of the engraved plaques, students beamed and jiggered, pointing with small fingers to their names until mom or dad leaned forward to read the name.

To see the list of high performing students, visit payson.com.