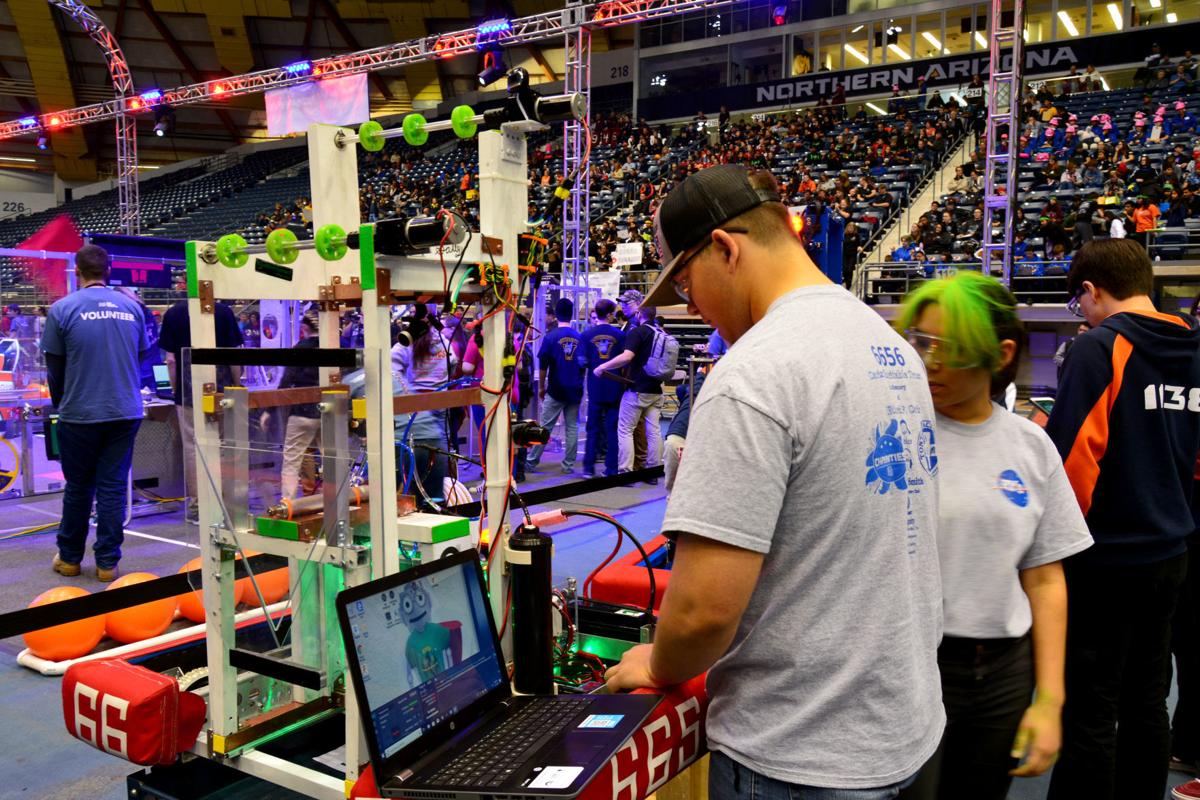 Payson Center for Success recently bought Sally the robot to Payson Elementary School (left). They will take Sally to the For Inspiration Recognition of Science and Technology Arizona West Regional Robotics competition. 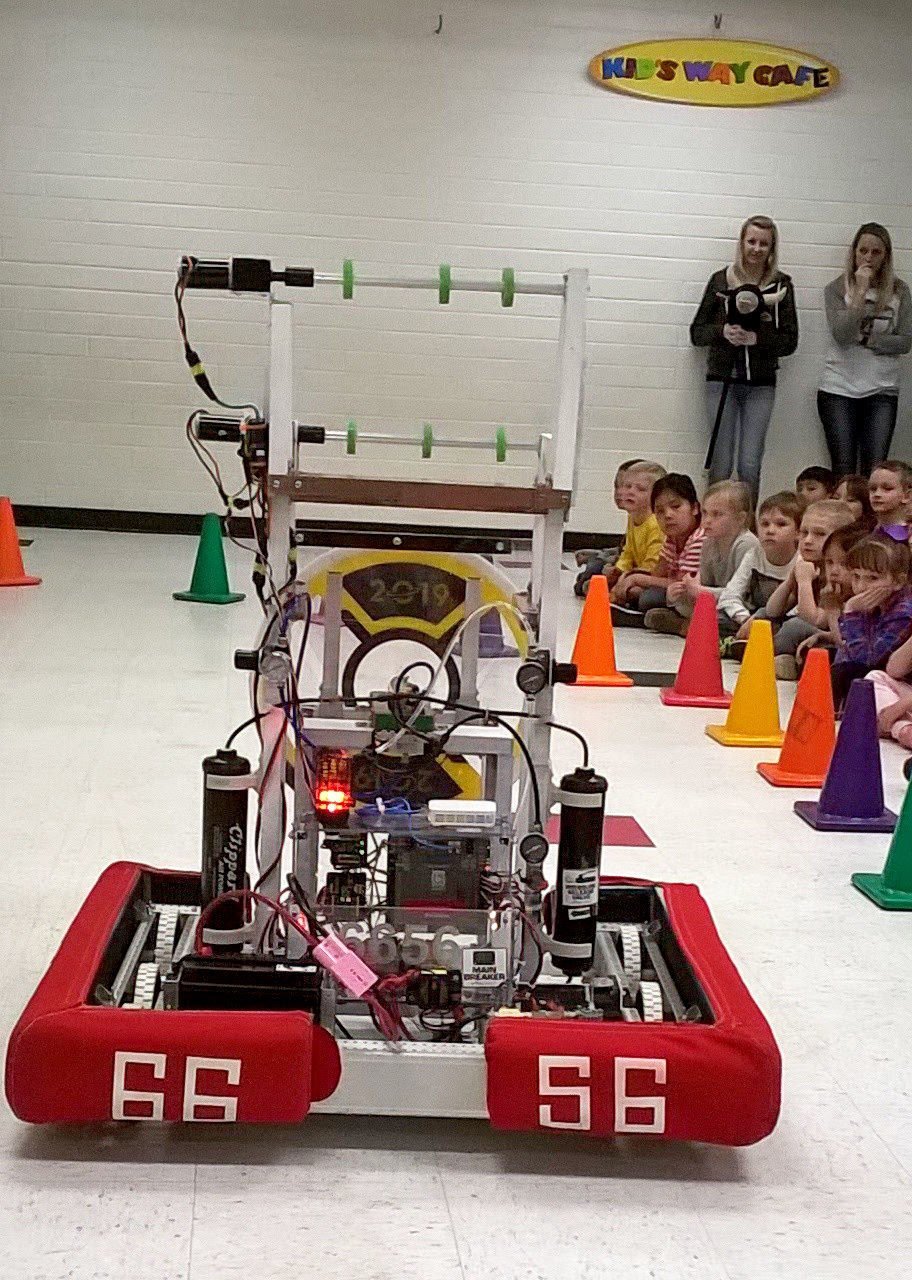 Payson Center for Success recently bought Sally the robot to Payson Elementary School (left). They will take Sally to the For Inspiration Recognition of Science and Technology Arizona West Regional Robotics competition.

The Ryu Botics team 6656 at Payson Center for Success is gearing up for another action packed week at Grand Canyon University for the For Inspiration Recognition of Science and Technology (FIRST) Arizona West Regional Robotics competition.

The high school team hoped by sharing their excitement they would inspire future robotic team members. And the enthusiasm from the elementary-age students was profound and solidified that robotics is a unique and powerful program.

Corrine VandenBerg, the music teacher at PES, is already working on how to have Ryu Botics back again this spring, understanding the power of kids teaching kids.

The PCS team will leave Wednesday, April 3 for the regional event. They will compete against teams from around the world April 4-6. The team’s day starts at 8 a.m. with the opening of the pits and runs until 6:30 p.m.

This will be the second regional robotics competition this year for PCS.

Their first competition was at the Arizona North Regionals in Flagstaff, hosted by Northern Arizona University, at the J. Lawrence Walkup Skydome.

The team did well enough to qualify for the state championship in October and is feeling confident going into AZ West. They believe they have a real shot at the world finals.

The team always appreciates cheering fans and PCS fans will be traveling on Friday to support the team. The FIRST robotics regional event will be in the GCU arena with matches running from 9 a.m. to 6 p.m. each day.