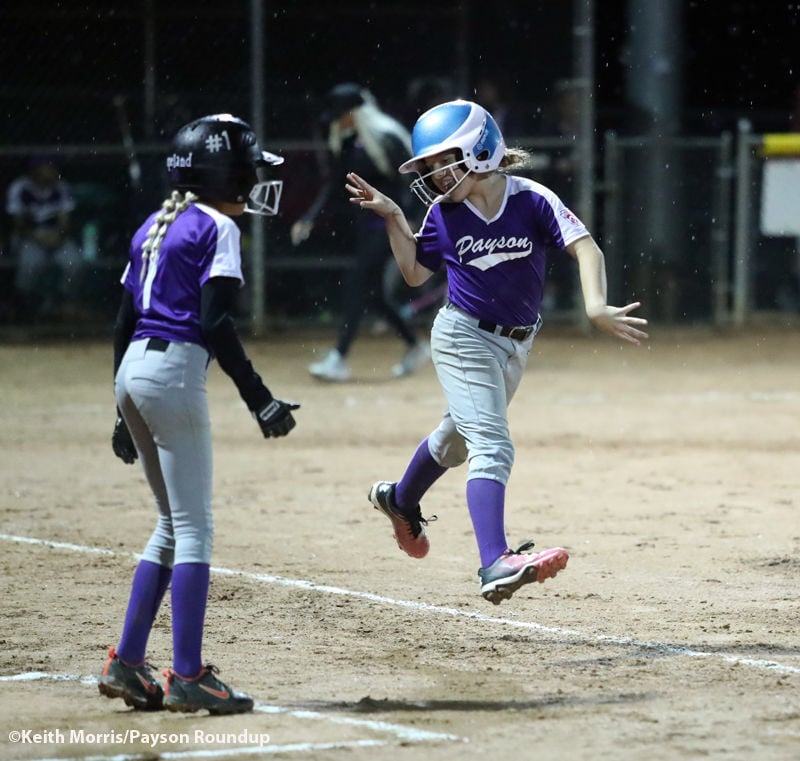 Alayna DeWald of the Payson All-Stars celebrates with first base coach Vera Sopeland by “dancing” in the rain on her way to first base after drawing a base on balls against Sunnyside on July 16. 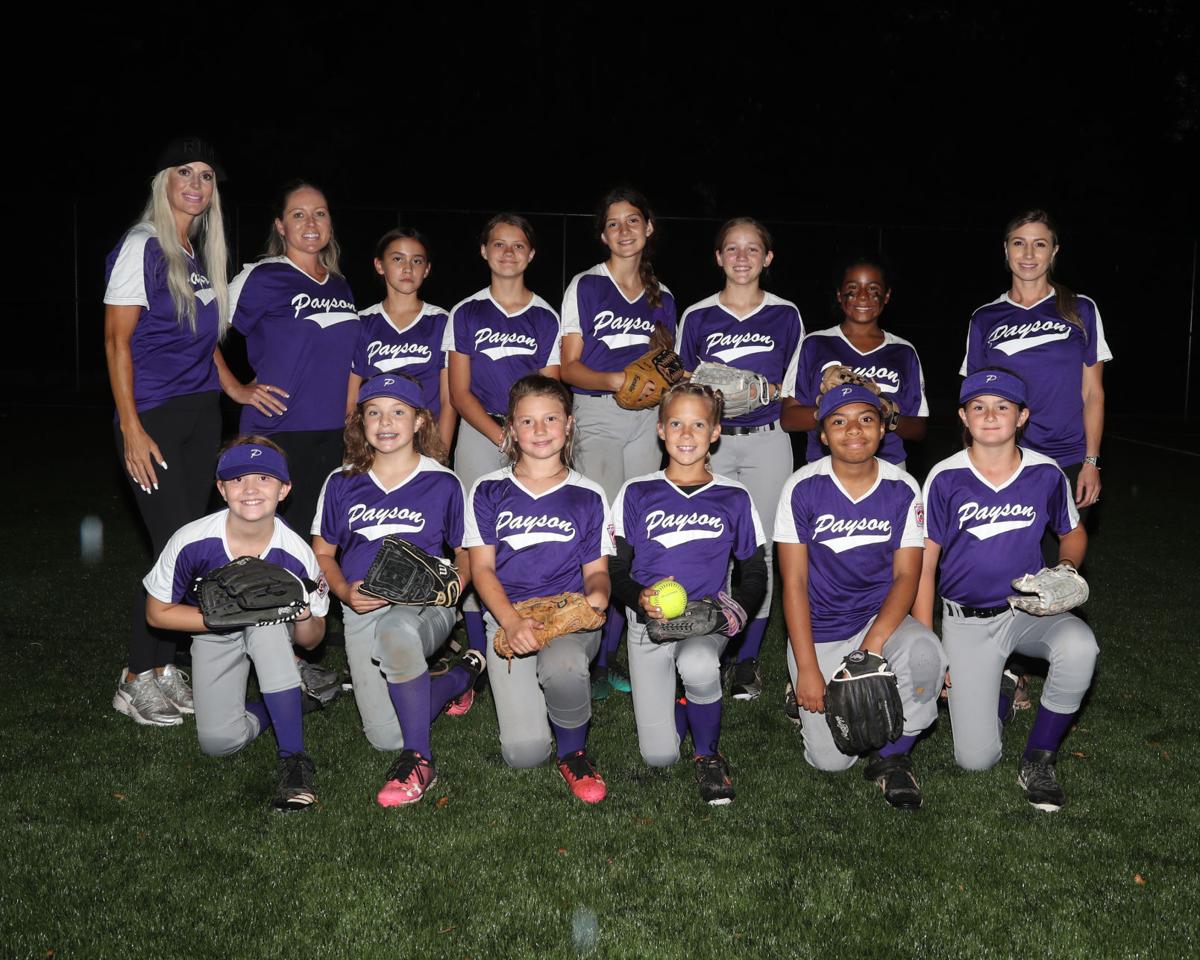 Alayna DeWald of the Payson All-Stars celebrates with first base coach Vera Sopeland by “dancing” in the rain on her way to first base after drawing a base on balls against Sunnyside on July 16.

They laughed and danced in the rain.

And they loved every minute.

A team of 9-11-year-old Payson all-stars played on the big stage in the Little League Softball State Tournament at Rumsey Park last week.

They won the district championship to earn a berth in the state tournament.

One team would emerge from the tournament with the championship.

For the others, they’ll have memories.

Memories of things like beating Silver Creek twice to claim the District 1 Championship.

And they’ll remember how they rallied from an opening-round setback against a formidable Arcadia opponent to score six times in the bottom of the second inning to tie Sunnyside 9-9 on Rumsey 3.

The game didn’t start until about 9:15 p.m., more than two hours later than the scheduled time of 7 o’clock thanks to both a thunderstorm and a protest by a coach in the early game of the night.

It rained much of the game, but not enough to postpone the dreams of one team.

Or extend the season for the other.

Sunnyside led 14-10 after four innings on Friday night. Payson was batting down 16-10 in the bottom of the fifth, when the lights went off automatically at 11:30 p.m. Since they hadn’t completed five innings, they went back to the score after four innings, 14-10.

Sundi Sopeland was disappointed her girls didn’t get to continue playing.

“The park officials said we would have lights until 12:15 a.m., but they never came back on,” she wrote in a text. “It is unfortunate because our team was home team and we were just starting a rally. Our girls fought hard and we are all so proud of them.”

It isn’t the way this group of girls wanted their run to end.

But, they had fun.

They shook off the two-hour delay as they waited around for the earlier game to end.

They stayed on the multipurpose/soccer field next to Rumsey 3 doing drills and warming up even after darkness fell on the unlighted field.

Then they gathered past the left field fence of Rumsey 3 and ate pizza as the rain softly fell.

But it never got that bad and once the game finally started they faced about a two-hour window to play.

But a game tied 9-9 after two innings featured plenty of time-consuming half-innings.

Still, they had fun playing past many of their bedtimes.

Alayna Dewald seemed to sort of dance her way to first base after drawing a walk.

And keep having fun.

That’s what Payson’s All-Stars did.

Posed for a photographer to change his lens and add a flash.

And when it was time to play.

Boys and girls didn’t get to play in all-star district and state tournaments last year because of COVID-19. Many leagues across the country canceled their seasons. Payson Little League allowed teams to play a modified schedule featuring no district or state tournaments. Many teams didn’t play at all.

But 12 girls from Payson did this year, along with head coach Sundi Sopeland and assistant coaches Laci Sopeland and Doni Wilbanks.