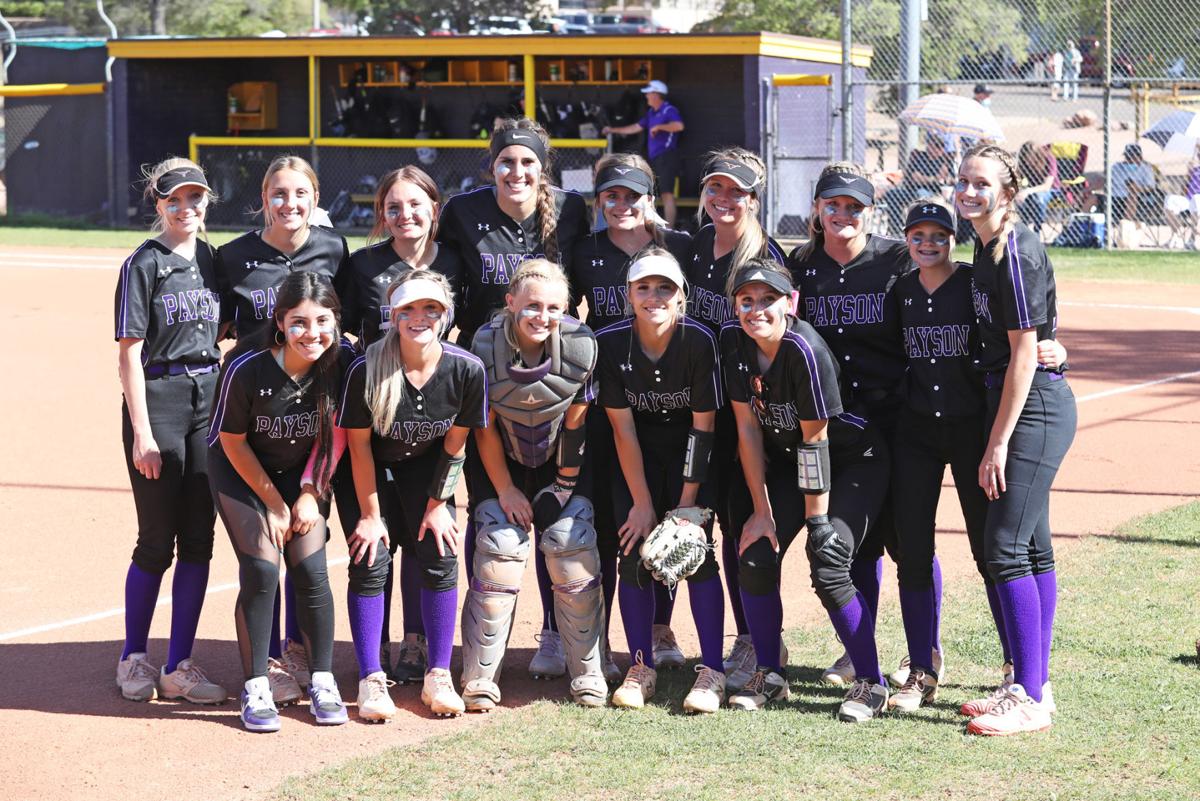 Above, the Longhorns pose for a photo before their quarterfinal win over Phoenix Northwest Christian on Tuesday. Below, Raci Miranda hugs catcher Hailey Bramlet after pitching Payson into the semifinals. 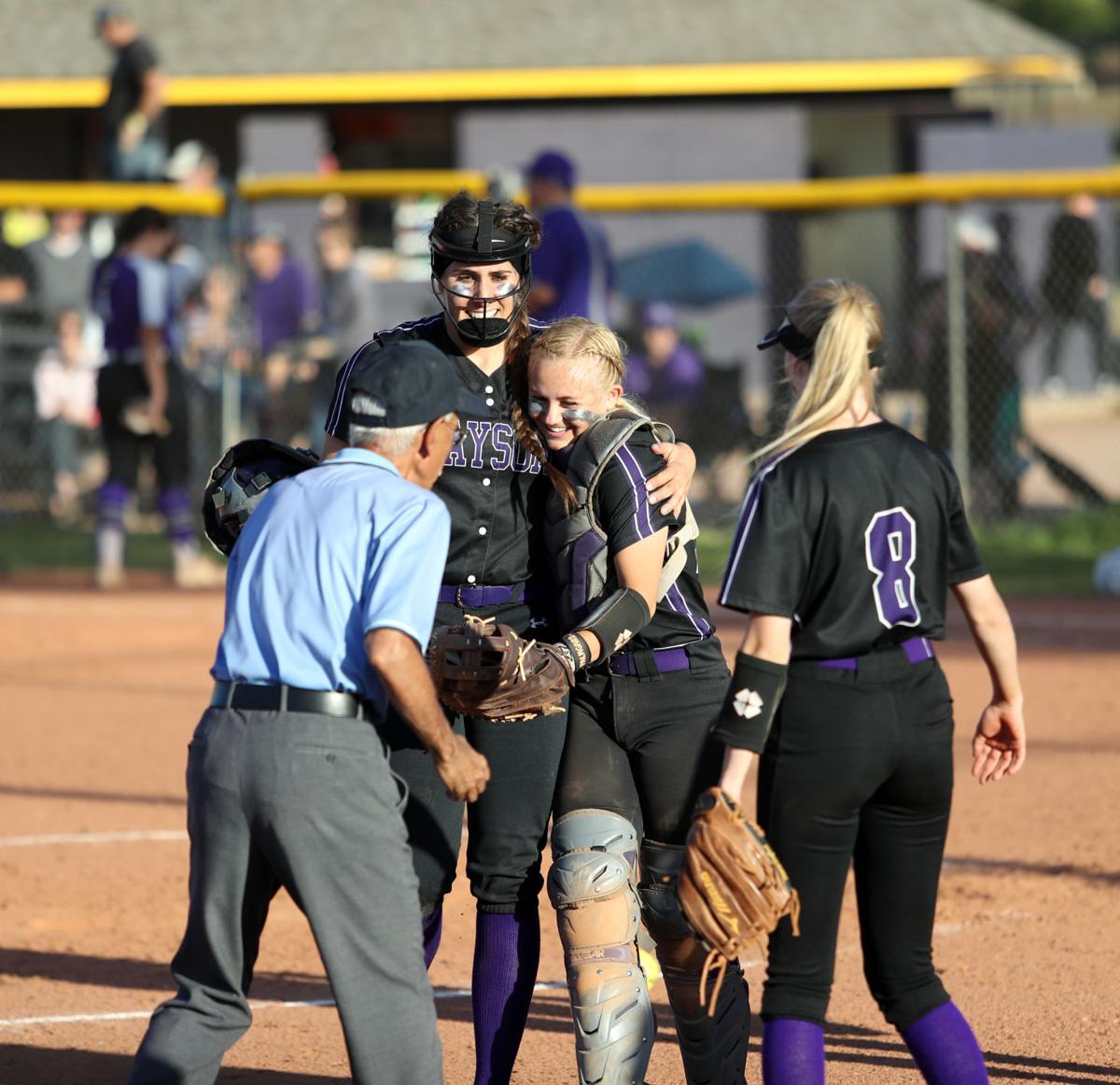 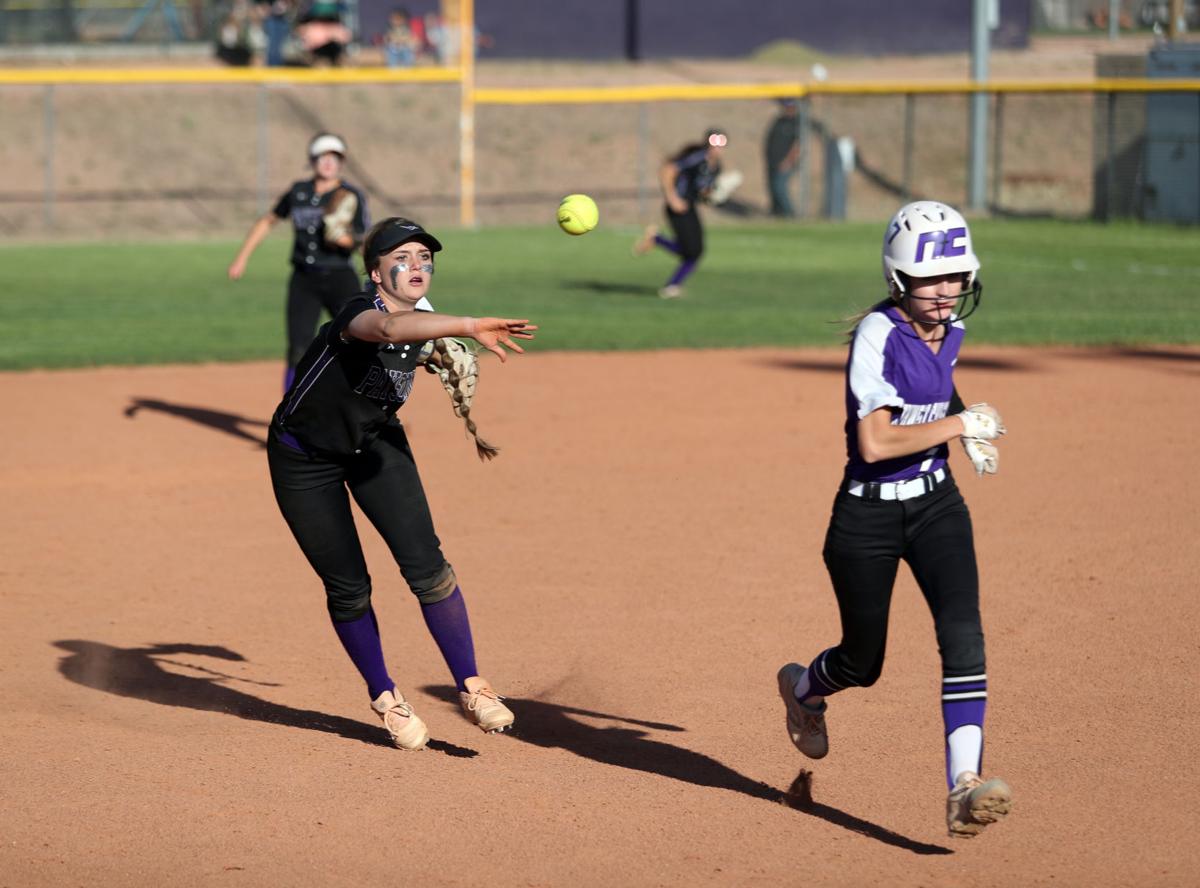 Brinna Hall throws out a runner at third. 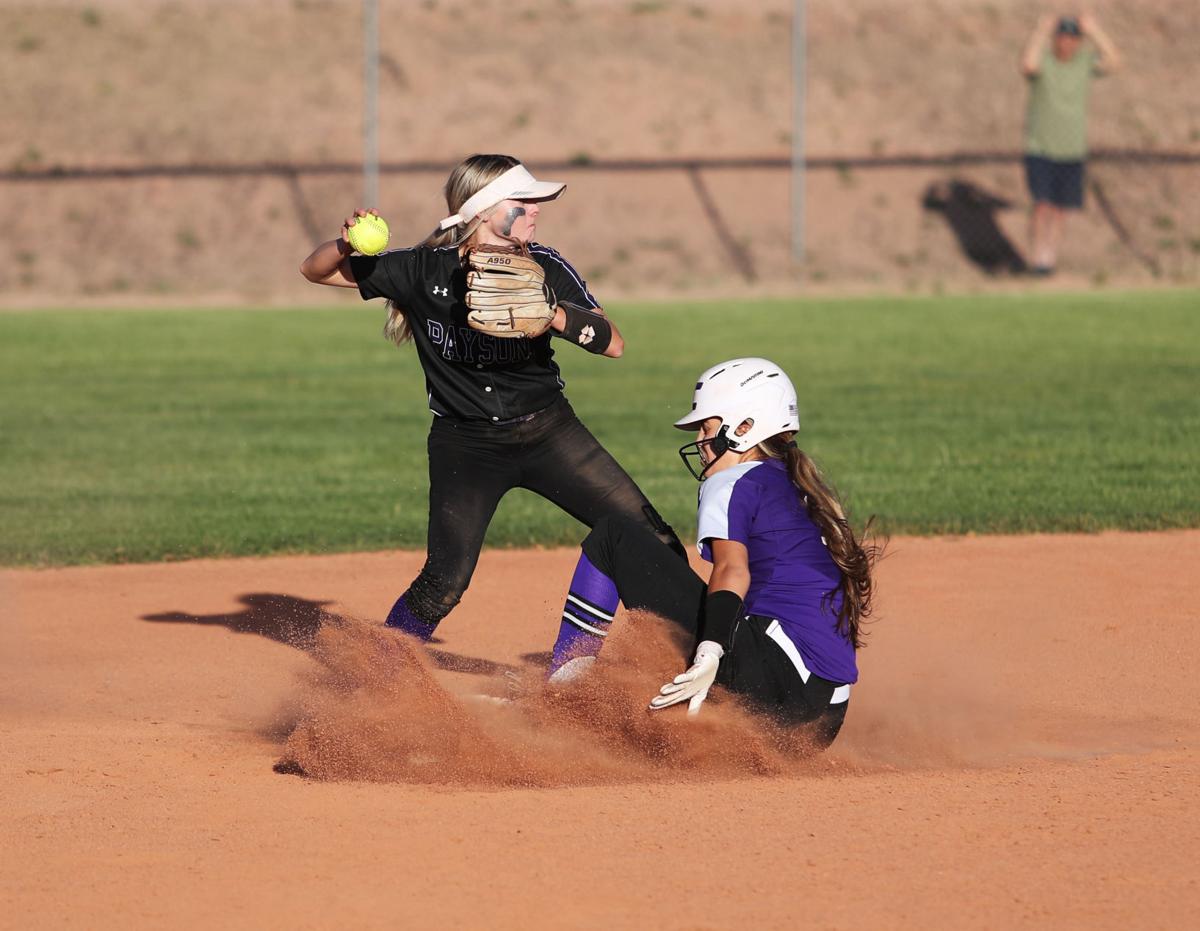 Second baseman Missy Chiccino gets set to throw to first. 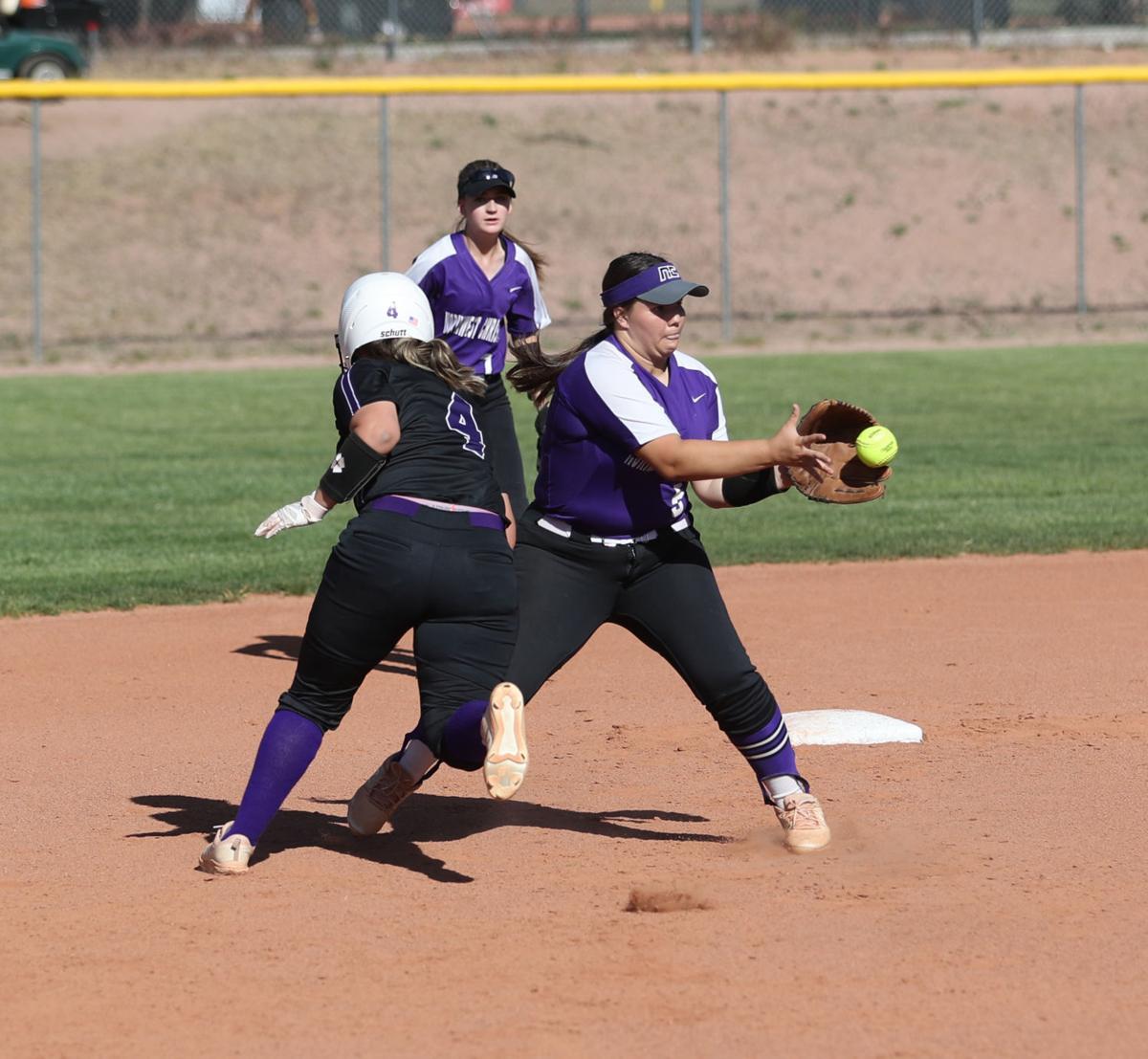 Bree Hall tries to get around the NWC infielder and back to second. The fielder obstructed her path to the bag and she was safe.

Above, the Longhorns pose for a photo before their quarterfinal win over Phoenix Northwest Christian on Tuesday. Below, Raci Miranda hugs catcher Hailey Bramlet after pitching Payson into the semifinals.

Brinna Hall throws out a runner at third.

Second baseman Missy Chiccino gets set to throw to first.

Bree Hall tries to get around the NWC infielder and back to second. The fielder obstructed her path to the bag and she was safe.

This one wasn’t so perfect.

But it got the job done just the same.

After routing Kingman 17-0 in the first round in Payson on Saturday, May 8, Payson’s softball team had to overcome six errors in round two.

And the #3 Longhorns did just that, beating #6 Phoenix Northwest Christian 7-4 in the 3A state tournament quarterfinals at Payson on Tuesday to reach the semifinals for the first time in five years.

Payson (19-3) will have to deal with 3A South teams the rest of the way as all three other teams remaining play in that region.

Payson (19-3) takes on #10 Tucson Tanque Verde (14-4) at 7 o’clock tonight at Rose Mofford Sports Complex in Phoenix. The other semifinal between #4 Empire (14-4) and #1 Sabino (18-1) is at Tucson Amphitheater. The winners play for the title at 11:30 a.m. Monday at University of Arizona’s Hillenbrand Stadium in Tucson.

Payson has never won a state softball crown. The Longhorns have come close, losing in the state final three straight years between 2014-16 and in the semifinals in 2013.

They hadn’t gotten past the first round since 2016.

And the Crusaders tested them early, taking advantage of an error to jump out to a 2-0 lead in the top of the first.

But the home team answered with two runs in the bottom of the first and Raci Miranda belted a three-run triple to highlight a five-run second inning as Payson took charge.

All four Crusaders runs were unearned as Miranda scattered six hits and struck out 13 as she worked out of trouble caused by miscues in the field in the final game she, Missy Chiccino and Rebekah Rice will ever play on their home field.

They earned two postseason home games because of their strong regular season.

Chiccino, Ivy Woolwine and Bree Hall all had two hits for the Longhorns, who had nine hits and were helped by four NWC errors. Hall drove in a pair.

“It was our worst defensive performance,” said Payson coach Curtis Johnson. “However, we had enough offense to overcome it.

“Credit to Northwest Christian, they did something different batting wise that no other team did, so the balls were coming off a little bit different. They were very disciplined, had quiet hands and were putting the ball in play. And they were funky things. The balls weren’t hit hard to us. They were making us chase them and plays were real close. And when you get close plays like that you tighten up and do things that are uncharacteristic. But that’s OK. We won and we’ve got two days to correct it.”

They’ll need to play better in the field if they hope to close the year with two more wins and bring home the trophy that’s eluded all previous Longhorn teams.

It appeared they might see 3A East champion Snowflake for a third time in the semifinals but the #2 Lobos were upset at home 5-1 by Tanque Verde. The Hawks won 10-2 at #7 Page in the first round.

The Longhorns get back to sound defense they’ve enjoyed most of the season and put an end to the Hawks’ fun if they hope to become the first Payson softball team to win its final playoff game.

“Every opponent gets tougher from here on out, so we’ve got to clean those things up, but I’m confident that they’ll do it,” Johnson said.

Woolwine, the sophomore left fielder, is one of four underclassmen starting.

“I’m very excited,” she said. “I think we have a good shot at winning it all.”

The home plate umpire left the game in the top of the third after being hit by the ball for the second time in the game. He went to the ground and was checked out by a trainer before walking off on his own. The game resumed after a 20-minute delay with one of the two other umpires taking over behind the plate.